Ah, Highlander 2.  I have such mixed feelings about this movie.  It's completely cheesy, but for some reason I can't explain, I love it anyway.

I have seen The Quickening version available (90 mins, I believe) which contains the mentions of Zeist and I believe it's the US theatrical cut in a full screen version.

I understand there was a French dvd release (Le Retour) which contained this same movie, but in widescreen?  I'd kind of like to have this turkey in widescreen and English, if it exists.  Does the French DVD also have an English soundtrack?
Please inform me, do you just need a region free DVD player to play it?
Just curious.  I'll hang on to my full screen version, but if widescreen is out there, I would be interested.
Thanks.

I've got the French dvd and i can tell you it have a 5.1 english track and it's region 2 locked and in widscreen.

Thank you so much v-ger06. Unfortunately, I believe it is against forum rules to directly link to a tehparadox page... just saying.

I've read the rules and i'm not really sure but my english is not perfect...

If it's against the rules i'll remove it,just need a confirmation.

DH3 - Making of (different from DVD version),is it the one with deleted/alternate scenes that ran 20:16 min ?

Hey guys! I'm back! Yes, I'm still thinking of putting together the disc. Obviously because the original HD documentary is now released, that won't be included. I'm still trying to compile all of the other extras.

Did you get my PM with links to the 23 mins featurette from "R2 film office" dvd ?

Shall i rip the 30 mins interviews from "opening" r2 dvd ?

Hey I was wondering are you still putting together this blu ray of special features?

Was wondedring the Same thing (since i get my hands on the second missing French dvd"R2 France - (Opening) Extras:Interviews: (30 mins) ") but he dont answer to previous posts or MP...

TehParadox.com would be a good place to put it (no need for invites, and no ratios needed either).

I found some rare stuff and have myself upload a few over there.

I can put it back on line but it wont be a torrent and i need a few days but if interested i'll let you know.

V-ger06, you're AWESOME! Whatever you can get would be appreciated! Just make sure you rip and not re-encode! :)

Great news ,i already have one edition in hands :it's the "Film Office Collector" with the 24 min docu (un cri de legende ,wich means something like :a scream of legend).

i've made the rip (no re-encode) and will send you a PM with details, when ready.

My pleasure,i've been enjoying many of your past release since years and it's only fair.

As you know there seems to be severals french editions with differents bonus.

The "opening" collector edition have 30 minutes of interviews with Wes Craven, Neve Campbell, Courteney Cox and Skeet Ulrich made by a french journalist during Gerardmer festival.If you still want it....

For the "film office" it seems there is 2 edition with differents bonus :a featurette for the 1st (no details so far ,it's a very old dvd but give me some time to look for infos) ,a short documantery (around 20 min) for the 2d edition wich cover the first 3 movies.

I'll get back to you as soon as i got more infos,hope it helps.

Do you still miss the French bonus ?

i dont have it but i can look for it.

i just said "he" because there was a time were HE propose the choice betwen vhs and dvd that's all ; )

ok,but even if he's not using computers he could have use SP mode on the recorder and use 2 discs instead of LP or EP on 1 disc,no ?

Are you buying this stuff from Asylum? Don't do that. If there's something he has that I don't, I can probably trade him something to get it. Paying for bootlegs is dumb. I lag in my email responses sometimes, but if you're not a dumbass or a jerk, I'll help you out.

well,i must confess that i do...the reason is simple,i dont have anything to trade (well now that i'm bying i'm starting to have a small,very small list) and i'm in France, so nobody wants to deal with me ....

the good news is that i'm not a dumbass or a jerk !

but i would recommend exteme caution with asylum,an exemple ?

as a star trek fan i've ordered the workprint of "generetions" wich is well know to be in rought quality but i didnt expect to receive a 2giga file on a dvd!

for a 2h22min movie ! you can imagine how bad was the compression,looks like a god damn divx (wich is availble for free...)

but with this one i took the tv cut of "needful things" (loved the book and with an hour of extra footage the movie should be closer to the book) but what did i get ? a dvd5....for a  3hours movie ! again,it looks like a divx.

so i never even watch any of them,and i'm only buying movies under 2hours but still,it kills me to pay 12$ for a workprint but i 'm like our friend Sabnock fascinated with the differences betwen a  "work in progress" and the final release.

just put mine back on line,hope it helps....

So any hookups for the Italian release of The Faculty?
I thought I had a hookup for the French release but that deal fell through,not happening.

well,about that (sorry if it's "off topic"), i've pm you several times but never get answers so there's probably something wrong on your side dark_jedi.

i can still give you my e-mail adress

the mechanik with dts audio and a 20 minutes making of.

the deal is still on,you were just suppose to wait for the other titles 's descriptions (mentionned earlier),just in case something else would intereste you.

never felt you were in a hurry,sorry.

in France you have the already mentionned STARMAN :audio commentary by carpenter and bridges + a music video and a making of 10m49

ROLLERBALL (jewison) : 1 teaser and 3 tv spots + return to the arena ,making of 25min

LAND OF THE DEAD :interview with romero 26m24

for this last one ,i suspect an open matte transfert but i would need a screen cap of the r1 to compare...

Back to the Future: Ride + Leslie Nielsen documentary

1) BACK TO THE FUTURE - BEHIND THE SCENES WITH LESLIE NIELSEN (29:00 minutes)
This exclusive television special aired in 1989 and was hosted by Leslie Nielsen. He was filmed at the famous Clocktower set at Universal Studios Hollywood that has completely burned down in the recent fire. The special was used to promote Back to the Future Part II during "Back to the future event" on NBC  It's also the source of the infamous "hoverboards are real" urban legend that still haunts Mattel Inc. The footage was taken off master VHS tape (no broadcast logos) and is of excellent quality for such source.

2) BACK TO THE FUTURE - THE RIDE (11 minutes)
One of the best movie rides of all time! This DVD contains footage from Electronic press kits from Universal studios in California, Florida and Japan. If you ever saw any worldwide TV newsreports, this is where the raw footage was taken from (behind the scenes, interviews...). Sourced from proffesional broadcast BetacamSP masters and DVDs.

BTTF: the animated series has been released in France but only in french....

i'll pm you when i got it

That actually looks pretty interesting to,this is the info I was reading,it is from dvdcompare.net.

the french dvd seems to have extras,would it be the same to you ?

an there's 12 interviews (no infos on lenght) 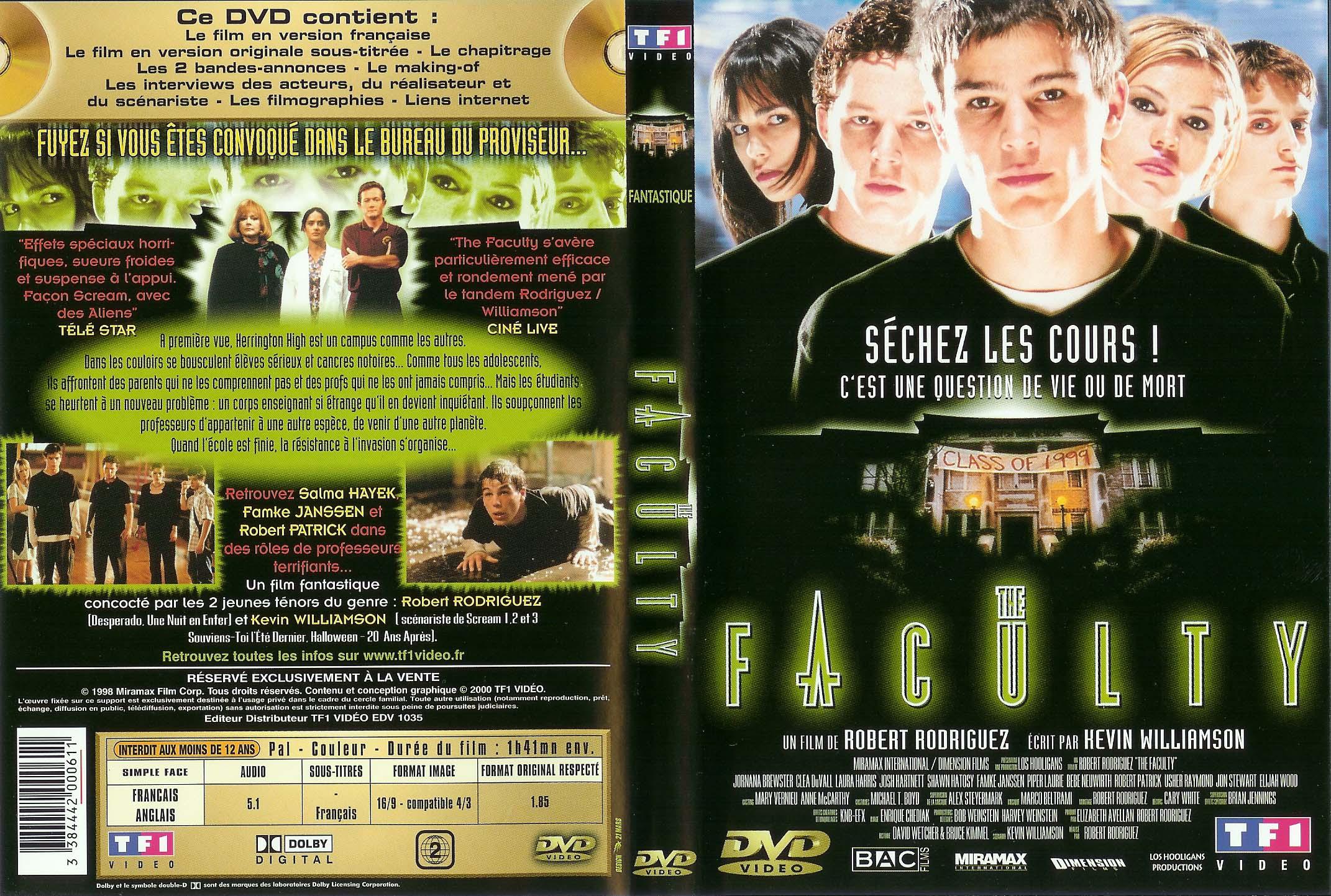 I have a 3 DVD version. I can post screenshots if someone wants to compare.