Guys. Get back on topic.

...one of Dee Dee's friends, an Asian girl by the name of LeeLee from Dexter's Laboratory...

And here's another depicting LeeLee from Dexter's Laboratory...

Is the Lee Lee (DeeDee's Asian friend from Dexter's Lab)...

Whoa whoa, slow down.  Who is Dee Dee's friend?  What nationality is she?  And what show is this from? And Mee Mee is African American: And both characters are from the older 1996-1998 episodes of Dexter's Laboratory.

OK. I'm back at the off-topic forums at OT.com once again. Now, here are two drawings that I've did, both of which are on one of Dee Dee's friends, an Asian girl by the name of LeeLee from Dexter's Laboratory.

The first one has her in a Japanese-like kimono:

And here's another depicting LeeLee from Dexter's Laboratory being clad in Japanese samurai-like armor and wielding a sword (and without her helmet, though I drew what Lee Lee's helmet as a warrior girl may have look like based on an actual Samurai helmet with a little bit of Greco-Roman design in her Samurai helmet):

In the last drawing I portrated Dee Dee's asian friend, Lee Lee from Dexter's Laboratory not as an idiotic girl who who loves cutesy stuff and toys and even ballet, and, among other things, would not actually fight crime like Dee Dee and Mee Mee (as in the Dexter's Laboratory Charlie's Angels parody and spoof, G.I.R.L. Squad), but rather as a heroic warrior girl, kinda like a female version of Samurai Jack (Genndy Tartakovsky's other Cartoon Network show, besides Dexter's Laboratory and the upcoming Sym-Bionic Titan).

So, do you like my two drawings or not? Is the Lee Lee (DeeDee's Asian friend from Dexter's Lab) depicted in the other drawing that I did look like a female version of Samurai Jack? Well, are my two drawings great or good or what?

OK. Who's nuts? The guy who scream "FREEDOM!!!!!!!" after they've racked 'im, hang 'im, and disemboweled 'im in Braveheart?! And the guy who caused controversy with his Passion for Jesus Christ in his movie, the Passion of the Christ? If so, why?

Why would I want to watch you watch something?  What are your qualifications?  Do you have any references?

Well, I think the video where I watch a Mandark Cartoon on my computer may remind some of you here of Mystery Science Theater 3000, or MST3K, for short. Now, click on that link anyway.

Of course I've made you guys laugh and/or cry sometimes. Well, anyway, Here is another video:

This is a thread for Fake, Made-Up Faux News.

SPOILER WARNING: This Thread could be filled with Jokes, private or not.

Anyway, let's start with mine, for example:

Someone named Timothy "Timbox" McKenzie, along with Warner Bros. Pictures, Twentieth Century-Fox, Universal Pictures, Legendary Pictures, Cartoon Network and New Regency Enterprises, are finally and are apparently be making a live action/animated movie, albeit a serious epic, based off of characters from two of Cartoon Network(CN)'s most popular classic shows, Dexter's Laboratory and The Powerpuff Girls, according to Ain't It Cool News. The project, currently titled Dexter's Odyssey, would contain of a mixture of live action footage, 2D traditional animation, CGI, and even special/visual Effects both old and new (with the Dexter's Laboratory and Powerpuff Girls characters being brought to life using 2D traditional animation techniques, rather than rely on CG or on human actors, and in a hand drawn animation style that closely resemble both the older 1996-1998 episodes of Dexter's Laboratory and the original pre-Movie seasons of the Powerpuff Girls TV Show), and, as mandated by Timothy McKenzie's edict, it would not be just in 3-D all the way; one-third of the project would be shot using high definition digital 2D video and another one-third should be shot using 15/70 mm IMAX proprietary film camera systems from IMAX Corporation.

The plot at this point is set

"in the mythical lands of "Timboxia" (which is a richly imagined, mythic, highly technological prehistoric world populated with humans, cartoon characters (or, "toona'kaiya", which means, animated (car'toon') being), dinosaurs, and other strange creatures), 10,000 years ago".

It will also find

"Dee Dee's brother, Dexter Odysseus Zarus, trying to learn about them and their activities. Fortunately, Dexter finally finds love in the form of one of Dee Dee's friends, Lee Lee (He did so without disgracing Dee Dee, Mee Mee, Dexter's mom and dad with no names, and everyone else in his community and neighborhood), discovering that girls like Dee Dee, Lee Lee, and Mee Mee, are not always enemies, rivals, or pests anymore."

"But Lee Lee has a secret--she was hiding in Dexter's neighborhood since she was a newborn baby to avoid capture from the forces of evil. And she's no ordinary girl who loves ballet or any cutesy stuff and toys. She is the legendary 'Princess of Shangara' (an Far East Asia-inspired realm), made up by some soldiers in the armies of good, many thousands of years ago and have ever since been told through myth, legend, rumors, and even speculation. The forces of evil were defeated then, but according to that ancient prophecy, Lee Lee is destined to end the reign of their evil leader, the malevolent Dark Lord, Mandark, therefore saving the world from being plunged by Mandark into an endless night of apocalyptic evil. Lee Lee and Dexter still shows their love for each other, even without realizing that Mandark the Dark Lord has discovered their romantic relationship (and finds out that Dexter is courting Lee Lee, the girl and the so-called 'Princess of Shangara' that Mandark fears above anyone else), and is planning to really conquer and enslave the forces of good once and or all, by reaching the community that includes Dexter's house and top-secret laboratory."

The Dexter's Odyssey project is, for the time being, without a release date, but it could be the most ambitious film project ever undertaken since James Cameron's AVATAR and Peter Jackson's The Lord of the Rings Trilogy.

So, can you post any other example of fake, made-up and faux news?

So, what do you see in my three newest videos?

EDIT: BTW, I just deleted them.

WHY DO YOU PLAY WITH OUR HEARTSTRINGS?!?!?!

Calm down, TV'sFrink. I just don't want to get in trouble with the law.

And here's a video where Dee Dee, Lee Lee, and Mee Mee chases a dinosaur:

So, what do you see in my three newest videos?

EDIT: BTW, I just deleted them.

Alright. Time to really get back on topic! Anywhoo...you've gotta see it!

I've looped one of Dee Dee's friends, Lee Lee, from Dexter's Laboratory, going "Aww, How Cute!" for about 10 minutes and 3 seconds!

For this spinoff of my videos of timbox129 (or timbox2.0 if you call me here) thread, let us compare and contrast these two fake, made-up, and fan-made trailers for a fictional Dexter's Laboratory movie that I've made up for now, called Dexter's Odyssey:

The other one is an extended 3-minute version of the same trailer:

Well, upon seeing those two videos, how do you compare and contrast each of these two videos? Plus, what do you see in each video?

Uh, actually, read my last post. Plus, get back on this topic, which is the videos of Timbox129. 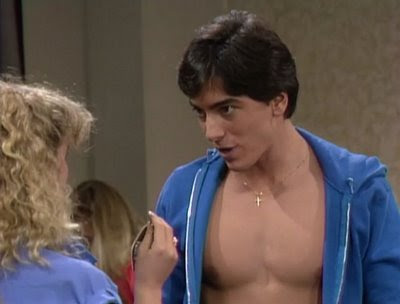 Actually, it's not him either but rather...this one:

That is the Scotsman from Samurai Jack that I'm actually been talking about.

Actually, no, that's not the Scotsman in Samurai Jack. It is actually Fat Bastard from the last 2 Austin Powers films.

Is this the Scotsman that I have interviewed during Soundtastic! The Timbox Show on the Air in this vid, even though you only hear my voice and the Scotsman's voice?

Well, is this the one who tease me and insult me in this audio-only fake interview?

I know it's late, but here are two more:

One is an extended version of the fake trailer for a fictional Dexter's Lab movie with dinosaurs called Dexter's Odyssey (expanded, in fact, to 3 minutes and 7 seconds)...

...and the other is an audio-only one; a fake interview I had with the Scotsman from Samurai Jack:

(P.S. listen to what you will hear in this fake interview)

Actually, one's called Tom Amuck!, the other, the fake, made-up, fan-made trailer preview for a movie called Dexter's Odyssey that I've posted in my older YouTube account before I delete that and my older Timbox129 YouTube account.

Pretend for a moment that I don't know anything about Dexter, Dee-Dee , or The Justice Friends, and just tell me what the hell dinosaurs have to do with Dexter's Laboratory.

Like I said, Ric Olie, dinosaurs and Dexter's Laboratory usually don't mix too often, but I did so anyway in my video. Also, in an early season one episode of Dexter's Lab, titled Jurassic Pooch, Dexter did resurrect a T-Rex using the brain and the heart of a dog.

Edit: you may see that very episode here to find out or so:

You want to be sure the links we check are the same you've posted ?

Actually, one's called Tom Amuck!, the other, the fake, made-up, fan-made trailer preview for a movie called Dexter's Odyssey that I've posted in my older YouTube account before I delete that and my older Timbox129 YouTube account.

Here are 2 out of 3 videos that I posted recently in my newest account:

I see nothing, since apparently you've just deleted your account.

Yes. I did. Here is what I said to YouTube:

I am leaving you because I've got yelled at by my mom and dad because they fear I would break the law.

I am leaving you with your copyright infringement concerns in this prejudiced and turbuelent world.

Hey, TV's Frink! Hey everybody! I'm Back! To get things started again, here's a link to a video I've recently posted on YouTube:

So, what do you see in my newest video post?

Okay, here's another one so be prepared to watch it, TV's Frink:

So, what did you see in arguably my first You Tube Poop clip?

Ok. I'm Back at the Off-Topic forums! Here's four of my newest videos so far:

So, What did you see in any of the four videos that I've posted?