And make it the main poster for the film. There was a painted poster for The Last Jedi, but it was exclusively for Dolby Cinema. It’s a bit irrelevant, but it’s still frustrating that there is an exclusivity in the first place.

I am a fan of the Sequel Trilogy posters. I still miss painted posters, though. Part of me wonders why studios like Disney & Lucasfilm can’t commission someone to paint the posters. Is it too expensive? Is it cheaper to get a random person in-house to edit pictures together on PhotoShop or whatever program is used for making posters, like the one above? Are they afraid that modern fans will complain that it’s a painting and not a collage of photos? Paintings are not out of date.

They look cool. The one thing that looks strange to me is Han’s face for the Force Awakens cover.

It’s interesting how the Special Editions are highly criticized, yet these fan edits are praised. Don’t get me wrong. These look cool. It’s just that we as Star Wars fans are difficult to fathom.

Great work. That poster is yet another reminder of how much I miss painted movie posters. I guess it’s hard hiring artists. Today, if a movie does have a painted poster in marketing, it’s either for Dolby cinemas, or IMAX, instead of making it the official one for its theatrical release.

Thank you Skywalkerfan101. Nobody will step up like Drew Struzan did. I think the studios don’t care anymore. They can make a poster in Photoshop. I just wish they would hire some artists for these big summer films. Can you imagine an Avengers Endgame poster drawn by Drew Struzan?

Granted, there are some good digital posters out there, but a painted one is always more iconic for bigger movies. Look at Struzan’s unreleased sketches for other films. 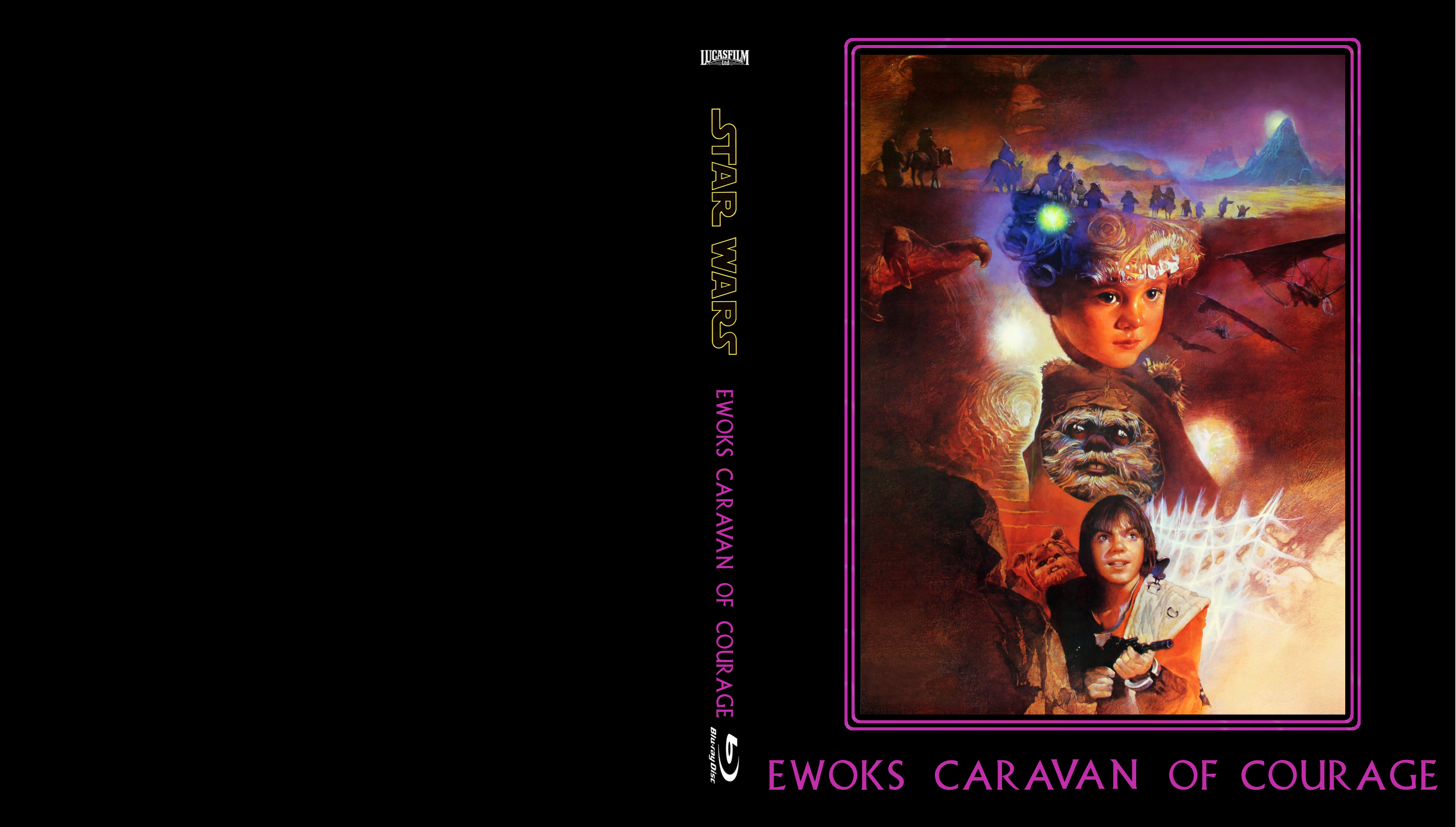 Great work. That poster is yet another reminder of how much I miss painted movie posters. I guess it’s hard hiring artists. Today, if a movie does have a painted poster in marketing, it’s either for Dolby cinemas, or IMAX, instead of making it the official one for its theatrical release.

A new Cinderella Blu-Ray is coming soon (Anniversary Edition - The Signature Collection) but it’s not confirmed if it’s a new remaster. Let’s hope is is…

I don’t know what to say about the cover art. She’s running down the castle steps, desperate trying to leave as the clock is striking twelve (while the spell is fading away), and she’s smiling? The picture looks as though she is casually walking down the stairs, then “oops.” She just dropped her slipper. Better turn around and get it. Don’t get me wrong, the art and composition look great (as expected from Disney), but If they want to make cover art of Cinderella smiling, I don’t think that’s really the ideal scene to use.

CarboniteSolo said:
Here’s an alternate version of Return of the Jedi without the blue lightsaber from TFA in the way. 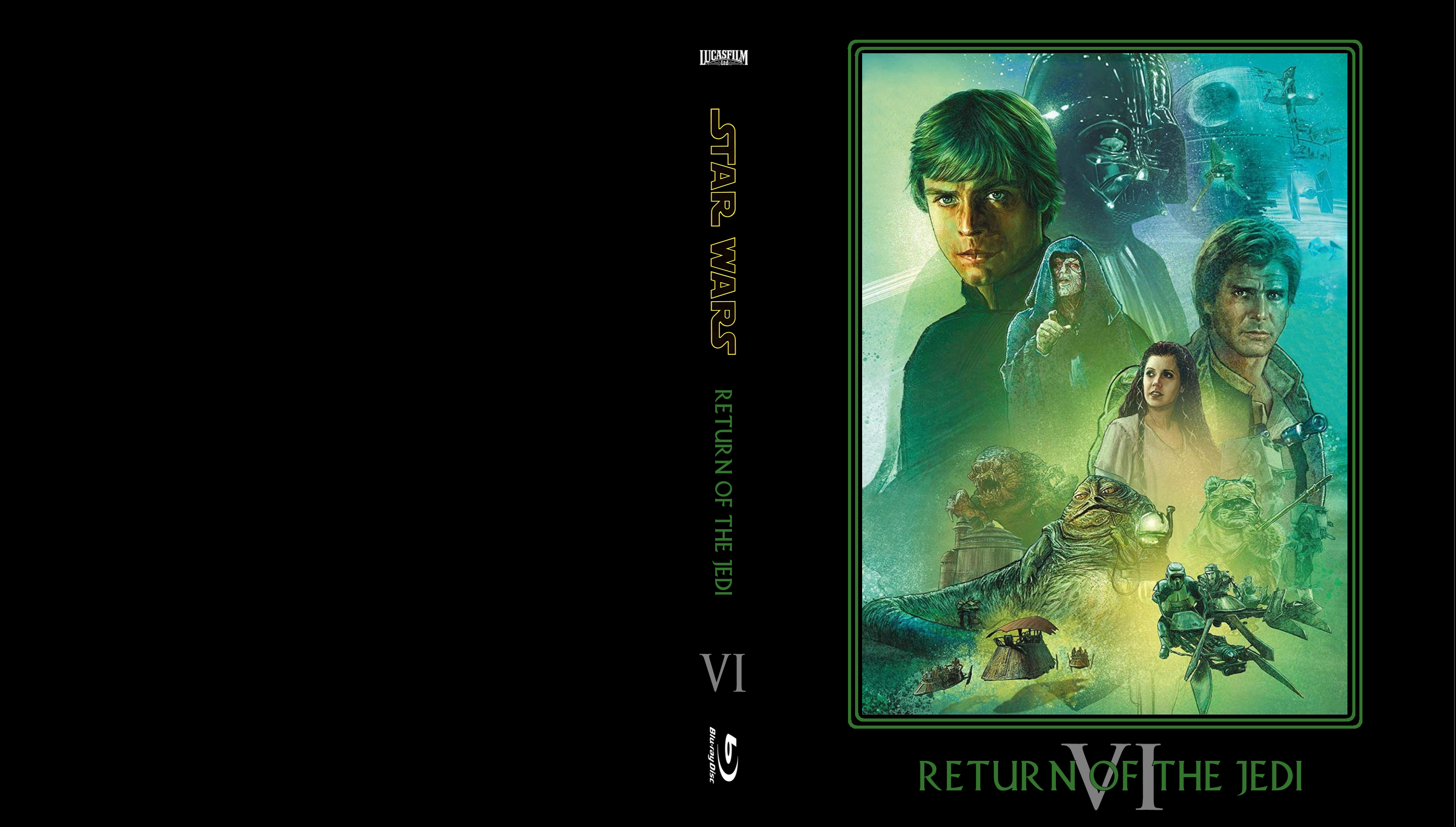 How did you do that?

Also, did you make one for Caravan Of Courage? (Haven’t seen those movies in a long time).

I was thinking about making a set similar to this. I might leave the text plain white. I don’t know.

Funny enough, I’m working on a set of covers. 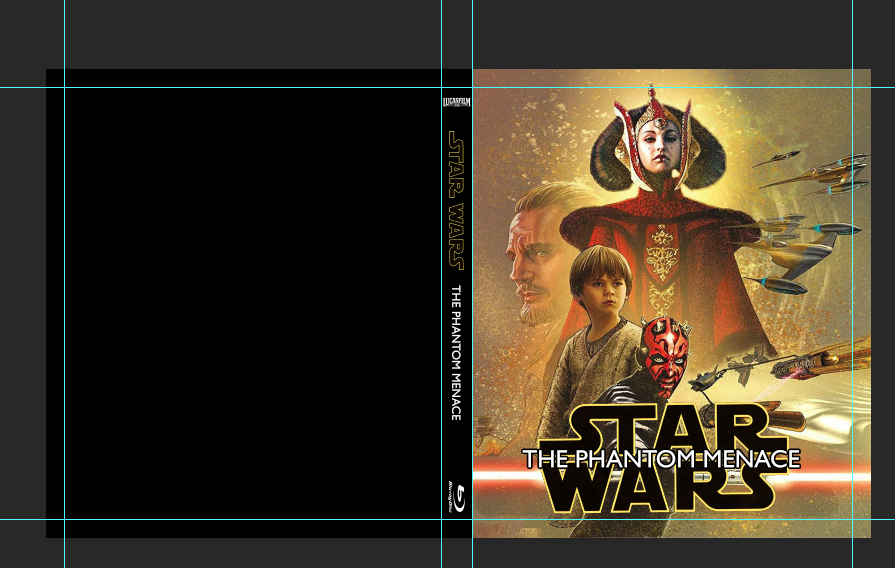 I loved this teaser so much, I @&#/ing cried! Yeah, I ain’t afraid of admitting that was shedding a tear or two.

I wonder what it would be like watching a 35mm print of TMP.

I have a sound bar & subwoofer for my 4k TV. The downside is that there’s not much to the sound when it comes to bass in the mono track, which is a bummer, considering I preferred watching it in mono.

I would like to see this as well. This makes me very excited, and I am curious to see this compared to the blu ray releases.

Off topic, but for someone like me, who’s been a fan of Star Trek since birth, The Orville is a breath of fresh air. It takes me back to a Star Trek before what it is now (even though it’s not Star Trek).

I was born in 1990. My intro to Star Wars was the CBS/FOX tapes older than me (mostly ROTJ). I grew up in a time when I had the older tapes, witnessed the release of the special Editions, and the Prequels.

A little off topic, but can somebody please explain to me the difference between a hardcore and casual Star Wars fan? I personally don’t want to consider myself a casual fan. I’ve been a fan of the Star Wars movies since birth. When I think of a casual fan, I think of someone who just started getting into it in their adulthood.

That may take time. I would have to buy a new printer and bd 50 printable discs. What about slip covers? Anyone know the best paper to print for slip covers?

Any advice on disc labels? I don’t really have a printer designed to digitally print a picture on a disc, but I “might” be able to print labels on paper using “avery.com.”

Off topic (because this is for ANH) but I want to create a Blu Ray compatible ISO for TESB (Grindhouse Dreamastered Version 2). I can just use Tsumuxer, right?

I’ve been trying to find a Blu ray compatible ISO for the Dreamastered (Version 2) and can’t seem to find one. I’m guessing it doesn’t exist, right?