Where did the credits even come from? 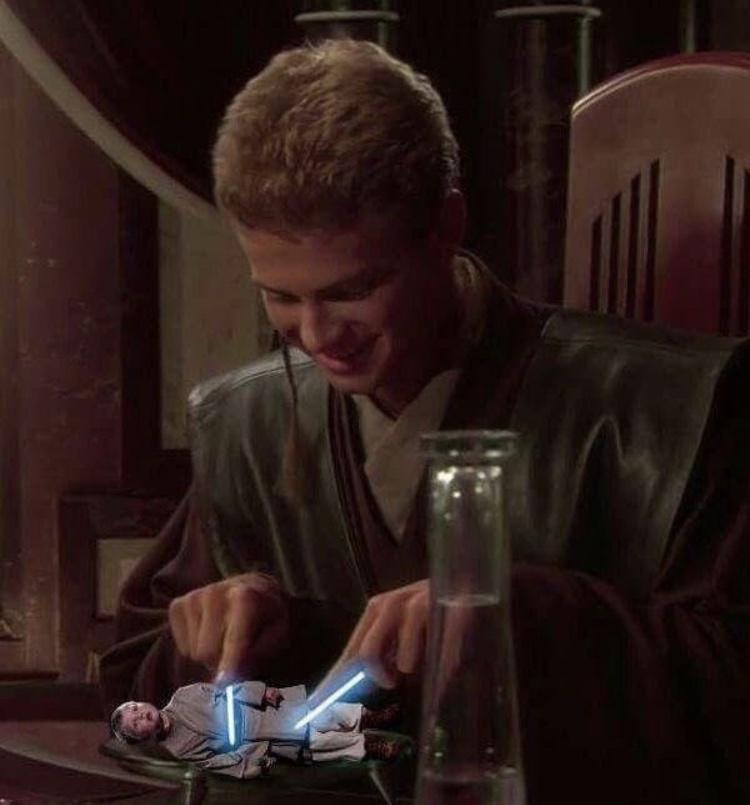 “If Master Obi-Wan caught me doing this, he’d be very grumpy.”

Not sure if this counts as weird, but it has a pretty unsettling vibe and may give you nightmares.

Harmy released an interview with Wilkins Animations on his YouTube channel

I’m not sure how I feel about an uncensored Fantasia.

Getting back to the original film, without a number of digital enhancements, is unquestionably a good thing. But I’m not sure how I’ll feel when I actually see Sunflower present in the film itself instead as an excised curiosity.

Thank you, though, for your perseverance. I’ll look forward to seeing this!

I’m white, and watching that scene still makes me uncomfortable, but it was definitely part of the original film and should be preserved. I mean this isn’t the only time Disney has stereotyped nonwhite cultures, and many of them are STILL presented in their original form ([cough] What Made the Red Man Red [cough]).

Most of us who “love” yub nub do so because of nostalgia, not because it’s some kind of objectively amazing thing. It’s kind of catchy, but if you’re not looking at it through nostalgia goggles, or as a child, sure, I guess it’s goofy.

But is the flute music created in 1997 really that much better?

I don’t have nostalgia bias towards Yub Nub - I grew up with the 2004 SE’s (tRaItOr, I know) and didn’t find out about the original versions until I was 12 or 13, and after having seen both (or all 5) versions…I think Yub Nub is objectively better. It feels and sounds appropriate for a children’s fantasy film from the 1980s instead of, like, a 90s Disney Renaissance movie like The Lion King or something.

Also I don’t get why everyone is making a big deal out of the pan flute - it only appears briefly at the beginning.

Makes sense. I ask because I remember reading that the 1997 mix of ROTJ was included with the Destiny Edition, and that now that the 4K trilogy is nearing completion, the focus of Despecialized can shift to being an approximation of what an official restoration of the OOT would look like. I imagine it would almost certainly have at least a few audio tweaks like the “unaltered” (1993) mixes did in 2006, and these mixes sound like kind of the same idea but with different tweaks and in 5.1. But I do understand not wanting to include them as options for something that’s supposed to fill the void left by the lack of an official release.

I know this is a stupid question, but will these mixes be included with Despecialized v3.0 when they come out?

Even though I prefer Yub Nub, I do think Victory Celebration better fits the bittersweet ending of the trilogy, especially in the context of the prequels, in which, let me remind you: the main character gets BURNED ALIVE IN GRAPHIC DETAIL. In the context of 1983, though, I definitely agree with Mocata that it sounds out of place.

It turns out the reason it sounds like “90s new age” is that the temp track was taken from the soundtrack to this TV documentary series called 500 Nations. It aired in 1995 and sounds typical of History-Channel-type documentary background music from the late 90s and early 2000s.

There’s something oddly charming about synthesized generic new age being played by a live orchestra, though. I mean whatever, it still somewhat fits the tribal setting I guess.

I wish they had used these for the U.S. posters. They look much more in line with the Drew Struzan artwork for the SEs and PT.

Poita hasn’t been active on this site in 9 months because he’s focusing on actually working on his projects, so it could be a while before he gives updates for any of them.

Oh God, I’ve seen that special before, and I could not watch it without cringing. The Backstreet Boys didn’t talk like that in real life; everything was so obviously staged. 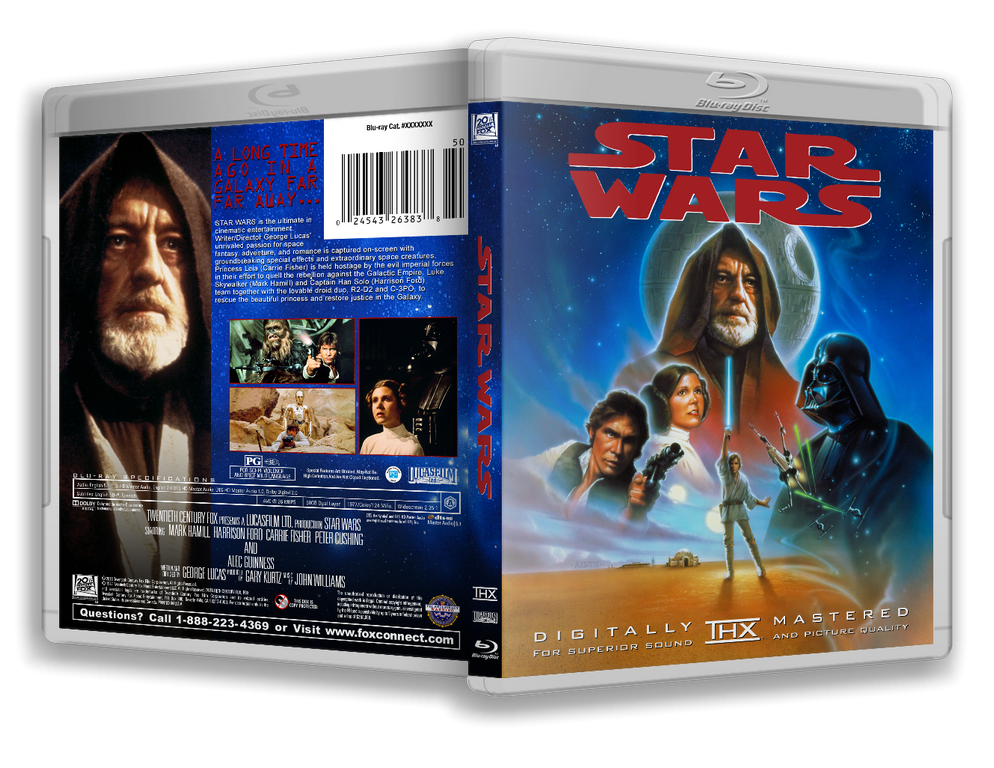 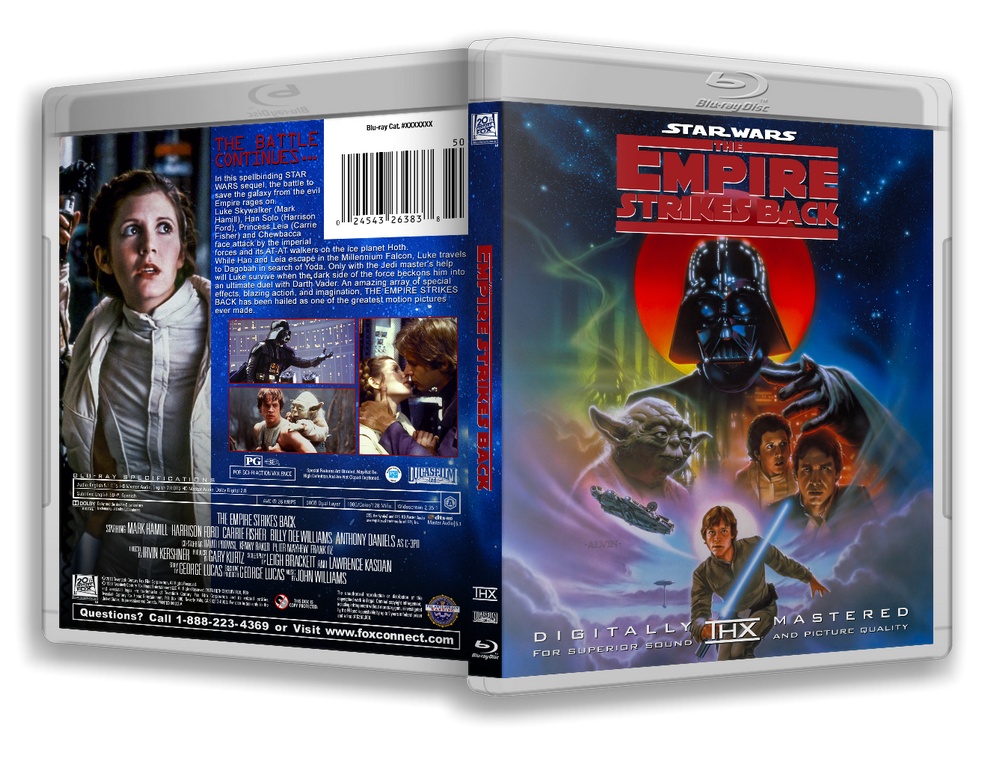 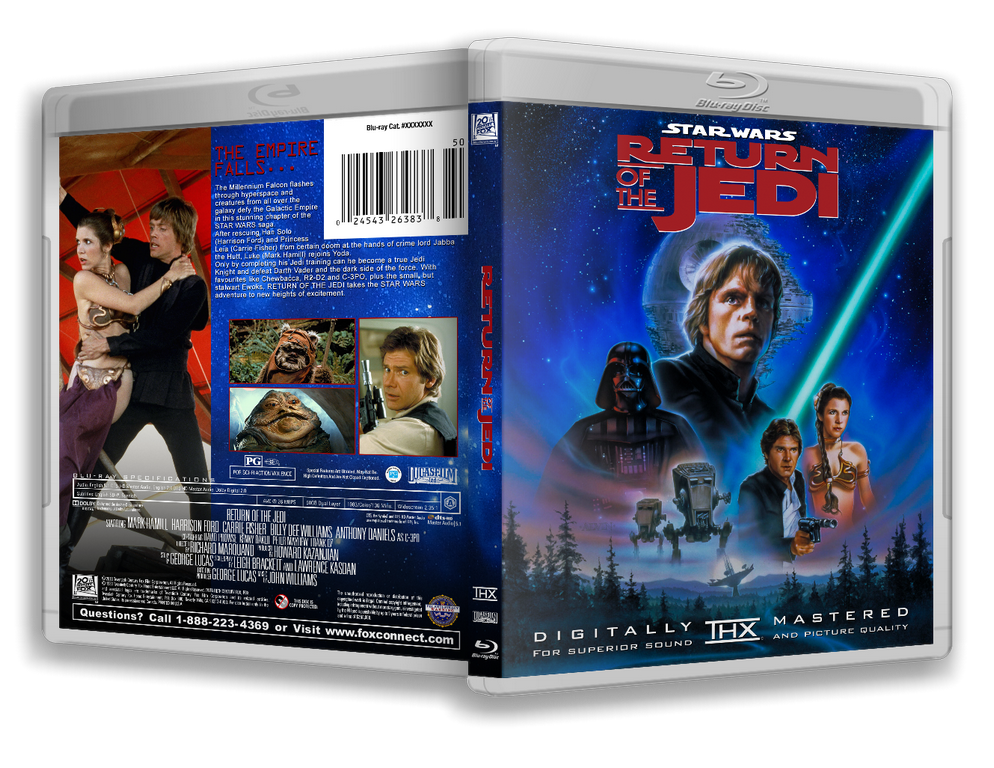 I think they’re absolutely important. They allowed ILM the opportunity to practice inserting then-relatively-new CGI into live action shots and (and create entire shots out of CGI) so they could perfect their skills for the prequels, which as we all know would end up using a lot…A LOT…of CGI. I think the backlash towards the prequels overshadowed the fact that they were important leaps forward for CGI technology in cinema, and paved the way for the recent CGI-heavy blockbusters like the MCU films (whether or not that’s a good thing is subjective). The point is, the 1997 Special Editions were perhaps almost as influential on modern (as of late 2019-early 2020) Hollywood as the original versions were.

Also, correct me if I’m wrong, but I believe they were also the last time Ben Burtt personally worked on the audio mixes before handing the torch over to Matthew Wood for the 2004 DVDs, which is why the 2004-present mixes of ANH sound, to put it lightly, nothing like the original and not in a good way.

It says the price is a placeholder, but half a million dollars makes a lot of sense given that it was only shown at 4 Disney Parks in the world (except for that one time it aired on MTV but that’s beside the point). After 2015 it was never shown again, and let me remind you - this was a DISNEY PARKS ATTRACTION for crying out frickin loud! Whoever can buy this print and scan it is a hero.

While April of this year will mark the 10th anniversary of the Despecialized Editions, it will also have been 10 years since the last official copies of the original theatrical versions of the Original Trilogy (a mouthful, I know) were pressed and sent to retail stores. In April 2011, the 2006 GOUT DVDs ceased production, and were sold in stores up until September 2011, just before the Blu-rays were released.

Yes, the DVDs were an absolute JOKE of a product, but at least it meant the original versions were legally available to the general public in SOME form. While Harmy has done the community a HUGE favor by saving the greatest film trilogy of all time from becoming lost media and I can’t thank him enough, I also can’t help but feel like we lost something when the official releases went into the vault. It marked the end of an era when George’s Original Unaltered Trilogy was out in the open for all to buy, and the general public could view the three movies that made him so successful in the first place.

Was he really GOING for “40s style” dialogue? I mean I always got sort of a 1930s-1940s vibe from the OT (since it was inspired by Flash Gordon and all), including the delivery of the dialogue, but was it (the dialogue) really INTENDED to give off that vibe? I just thought it was a result of his self-admitted inability to write good dialogue.

That might be why fans forgive the OT for its cheesy dialogue delivery, but chastise the prequels for it - the rest of the OT (the original versions at least) has an old-timey feel to it in general due to its drawing from early-20th-Century film, so the dialogue fits right in with that aesthetic. The prequels, on the other hand, have a distinctly modern (by late 90s-early 2000s standards) look sound and feel to them, right down to the digital cameras they were shot on, so the bad dialogue/acting sticks out more.

The “minimal DNR” versions of ROTJ are my go-to’s since they remove stuff some may find distracting like excess grain, writing on the print and reel change markers, but still retain enough grain to not scrub away fine details. To my eyes, the maximum DNR version looks vaguely like the 2011 Blu-ray (albeit with competent color grading and without the changes), and that’s no good.

A surprise to be sure, but a welcome one, but SERIOUSLY, HOW THE HELL did this end up in the seller’s hands? They only made like, four prints of this (one for each park), right? In any event, I can’t wait for this piece of Lucas (and Disney) history to be preserved.

That’s me on occasion even now.

The corrected music cues in TESB - preferably all of them but if I had to choose one, probably the one right after Yoda says “That is why you fail”

Well that was convenient…

I used to like the PT almost as much as the OT, and while I didn’t necessarily LOVE Jar Jar, I thought he was pretty tolerable (probably because I read the books more than I watched the actual movies, so I understood that he meant well, he was just a bit clumsy). But as I got older and started using the internet more, I found out how much Star Wars fans HATED the PT, particularly Jar Jar’s supposed omnipresence. Of course I still like the PT a lot and think the story is on par with that of the OT, but now that I’m a lot older than I was in 2005-2012, I recognize that they definitely have their technical flaws, and I don’t enjoy them nearly as much as I used to.

As for the ST, I wasn’t too thrilled when they were announced, since it would render the Rebels’ triumphant victory over the Empire meaningless since they would BASICALLY come back, just with a new name. Besides, George explicitly said “There is no Episode VII”…[siiiiiiiiiighh]… Anyway, when I saw the first teaser trailer for TFA in 2014, I was stoked, nevermind that I thought it was wholly unnecessary. When I first, saw TFA, I loved it and genuinely thought it had promise, even if it was basically just a really-well-made rehash of ANH… When I first saw TLJ, I didn’t like it at first. I thought the whole subverting-expectations-for-the-sake-of-it gimmick was nothing more than a gimmick, although I did appreciate that Rey’s parents were (at the time) just “nobodies”. And THEN came TROS….yeah I hated it and my opinion of it hasn’t changed since I saw it one year ago today. I thought TFA just being a rehash of ANH would just be a one-off thing, but by the time the trilogy was finished, it had basically turned into a rehash of the OT, complete with the second installment being TESB on steroids. TROS made me appreciate that TLJ tried to stray away from the formula (no matter how badly it did it), but overall it tainted my opinion on the previous two installments knowing how the trilogy would end.