Universal has put a sneek peak of the 4K master. What do you think of it?
https://www.youtube.com/watch?v=uduqQYfJ0_w

I think you should not judge the video on YouTube

is the newest 4k version good or do i have to wait for a better version?

Like what? 8k? 😃 4k is absolutely stunning, don’t hesitate.

Yeah, I understand. But I mean if you want different colors and sound from the 4k UHD your best shot would be next step of home video evolution which is 8k (although I doubt it will ever happen for a physical media). I don’t know much about the original color, but the movie on 4K UHD itself looks as filmic as one could wish. Revisionist Atmos I don’t care about, so can’t comment on that, but the original mono is included as lossy DTS and must be a port from the 2012 blu ray, if I’m not mistaken. So, the best available audio (although not 100% perfect) could still be found on the LD.

is the newest 4k version good or do i have to wait for a better version?

Like what? 8k? 😃 4k is absolutely stunning, don’t hesitate.

Thanks little-endian for your comment! What do you think about Optimum Blu Ray 2.0 pcm track? Could that be the best possible quality for the theatrical surround mix?

Sorry to boost a very old thread, but we’re still trying to find the original theatrical mix. I am not an expert, but here is what I have deducted so far. It seems that originally Leon was released in 4-channel Dobly Stereo and 8-channel SDDS (the so-called theatrical version), which we can clearly see from the titles on the print:

Then Besson decided to re-release the longer version for the bored office workers in the summer of 1996, and it seems that the only audio they had on that release was just Dolby Stereo, which we can see here:

Some people mention that the theatrical version was released with DTS as well, but we still need a confirmation that this was the case. DTS is never mentioned in the titles of the print.

Also, if you look at the 35mm film cell strips they sell on eBay or whatever, you don’t see DTS time code on them, only optical stereo track:

This however might be the film cell strip from the longer cut (no SDDS track on it either) and the DTS still could be found on the theatrical cut print.

Be as it may, one thing for sure, the 4-channel Dolby Stereo found on the LD’s, DVD’s and, probably, on the Optimum UK Blu-ray in the lossless form, must be the theatrical surround mix.

However, I’d be happy if someone with more expertise could comment on this.

Sorry for reviving an old thread, but one year later, did anybody manage to sync the CDS track from Live R1 DVD to the 2015 Blu Ray…?

I just wanted to say a Huge Thank you to sanjuro_61 for taking the time to do this, and for sharing the project files.

I also join - thanks a lot sanjuro-61! You did what I wanted to do but never could…

Resolve supports MP4 and Mov, so I usually use ffmpeg to copy the video stream to an MP4 Container:

Takes about the same time as tsMuxer does to demux…

Hi Willia, have you tried open the mp4 in Resolve? It gives me a lot of errors when I do. Probably, it’s because it’s H264?

No, I replaced Sanjuro’s source with the original prores master. I also replaced the crawl with the new 4K version and rendered it out at 77 MB/s to create a new UHD (NoDNR) version 1.1… 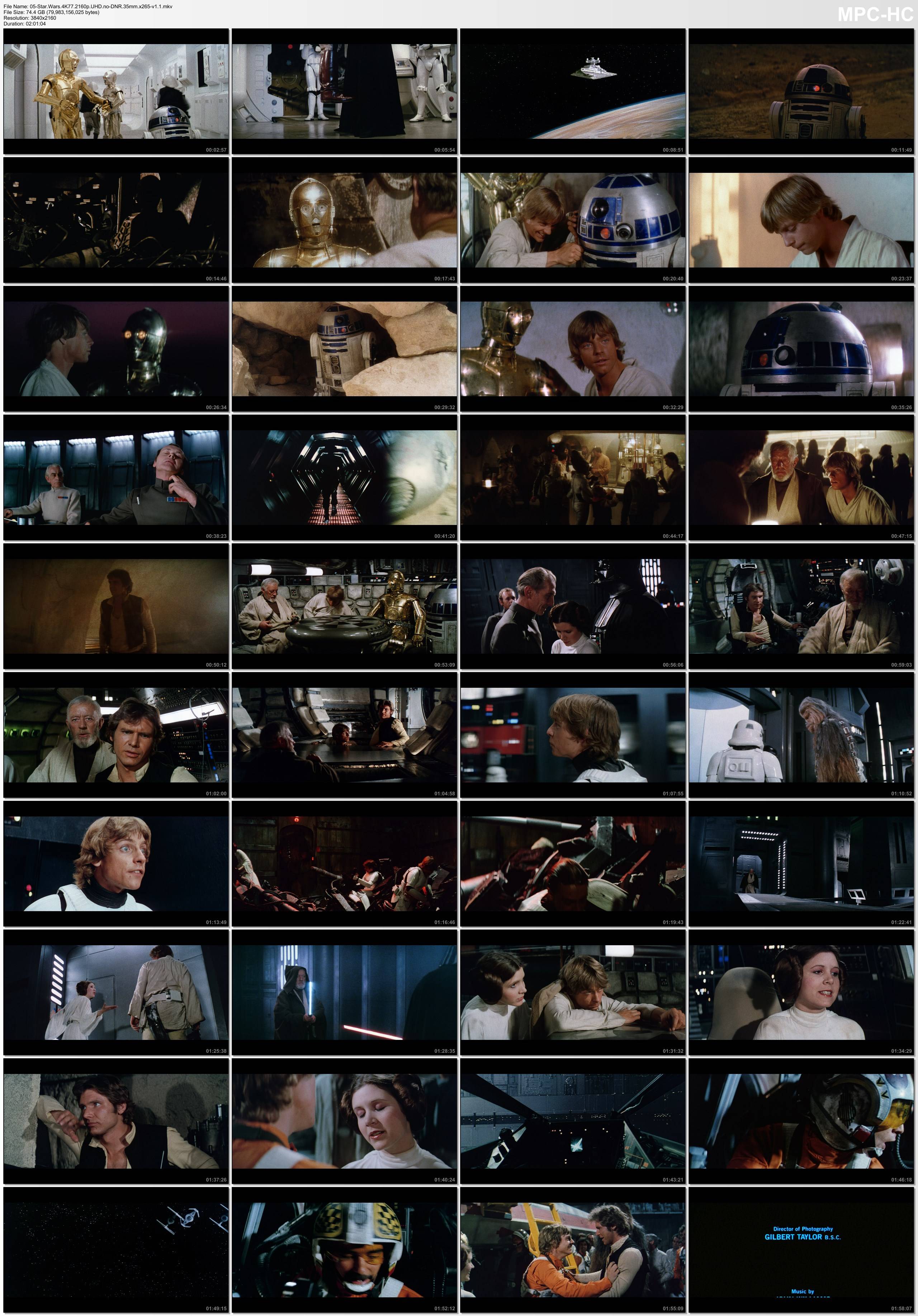 (Note: My version still has the reel change markers).

And what would we do without you guys, since as it turns out I’m a complete zero in this field… 😃 Again, a thousand thanks wouldn’t be enough!

Resolve supports MP4 and Mov, so I usually use ffmpeg to copy the video stream to an MP4 Container:

Takes about the same time as tsMuxer does to demux…

Hi Willia, have you tried open the mp4 in Resolve? It gives me a lot of errors when I do. Probably, it’s because it’s H264?

Hey. Somehow I cannot open it either - when I click on it, nothing happens…

You need to go to File -> Import Project and import the .drp. Then you go to File -> Project Manager and open the project. Then go to the media tab, right click on Star 23976.mov and choose Replace Selected Clip…

Thanks so much Willia! All works great, but Resolve doesn’t support mkv files, so what do you think would work best here - extracting video with tsMuxer?

Hey. Somehow I cannot open it either - when I click on it, nothing happens…

Hi! How do I open it in Resolve? I try to connect to the database you shared, but get an error message. Sorry, if a dumb question, but can’t get it open.

Things maybe a bit quiet over here, but I’m honing my skills in the mean time. Here are some color reference shots that are in progress: 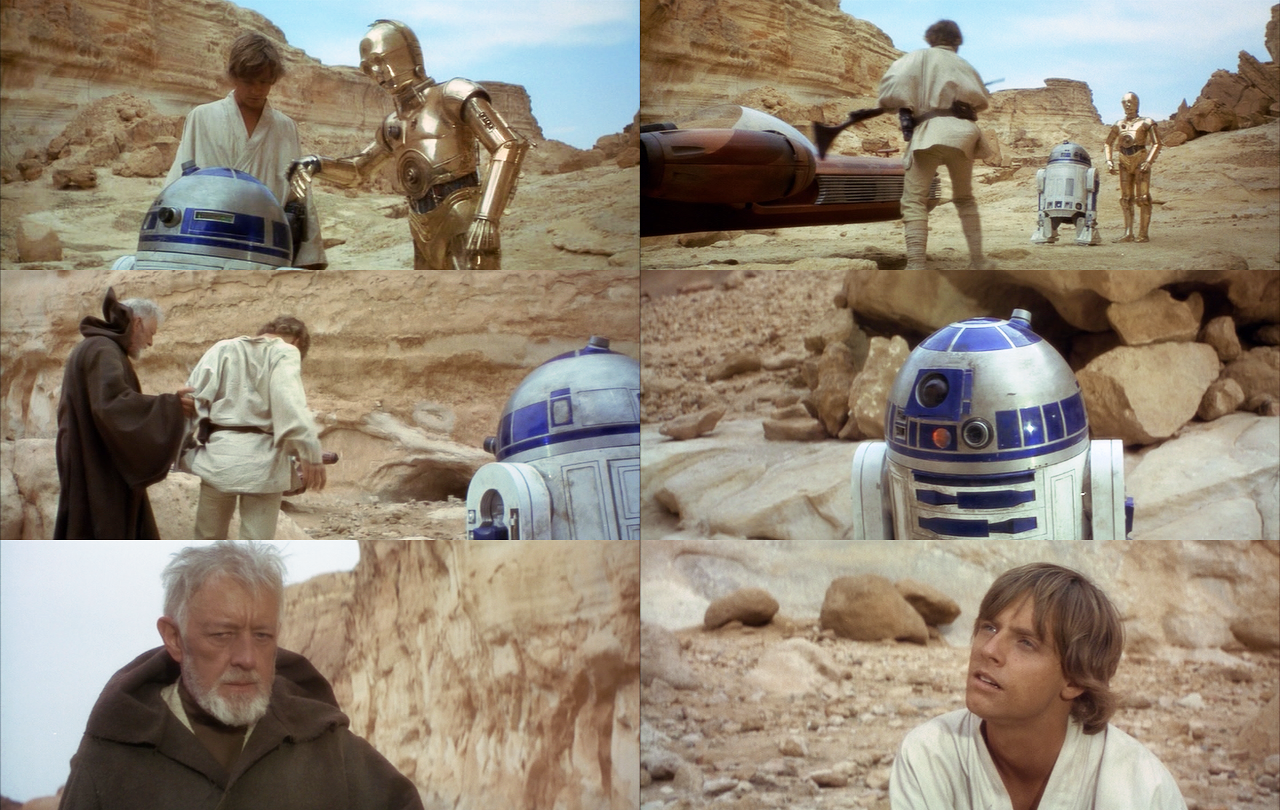 Count me in too, please

Guys you rock - million thanks wouldn’t be enough. Just wanted to say now I know exactly why I bought a BD writer a long long time ago.
Oh, and yes, I can also confirm the ISO from the mkv burns and plays just fine on a BD player.

It seems like you don’t plan a Grindhouse because the prints are better than ESB.  Sounds fair, although, just having watched the ESB grindhouse I would be very excited to see Jedi unstabilized and with scratchy reel changeovers - The imperfections in the print go a long way to recreating a theatrical feel and aren’t in the least bit distracting- it’s what we miss about going to a cinema right?

I agree. I just watched the “grindhouse” release of TESB and it was awesome. It would be nice to have a matching “grindhouse” set of all three movies, even if they are not all at the exact same level of “grindhouseness”. This has always been my idea of a perfect home video version of any movie, i.e., straight from a film print and nothing else. We never get that from official home video releases.

Actually, that’s a great idea to my mind as well. Sure, you’re putting a lot of effort into the final product, and we all are waiting for it impatiently, but if it’s not too much hustle, grindhouse versions of the original trilogy would keep us happy for now. Me, I’d be all for it! Although I do realize, you might be too busy working on the final product and don’t want to be distracted…

Excellent job as ever!

What a nice surprise, thanks a lot guys! Hope there’s something more coming out for Christmas, huh? 😉

Well, I'm no expert, of course, but this preview looks absolutely effing amazing! Clean, stabilized, everything you want your HD Star Wars to look like. What a job guys!

Be strong you must!