I’m gonna assume you’re joking, because Ralph McQuarrie is not just “some guy”. I could devote an entire thread to some of the amazing art he has created for the original trilogy.

Yeah, I was pretending he was some obscure SW artist to make a shit joke. I love McQuarrie concept art. 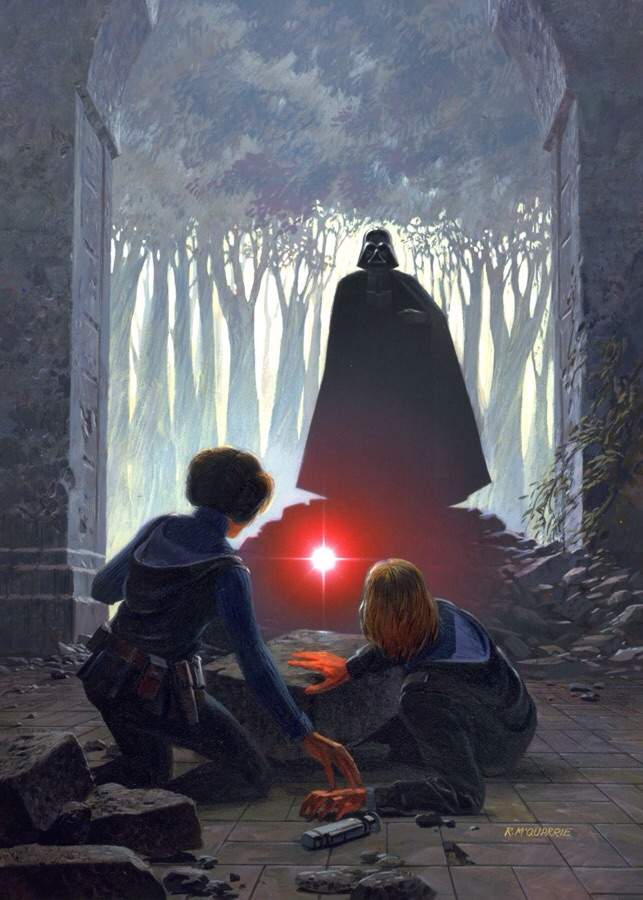 Might have been posted already, but… ‘Splinter of the Mind’s Eye’, 1978 Acrylic painting by some guy called Ralph McQuarrie.

Broom Kid said:
People don’t talk a lot about Giacchino’s score for that movie but it’s really one of my favorites.

My complete list, with one or two from every album.

TPM - ‘Queen Amidala and the Naboo Palace’ (contains Anakin’s theme and the arrival on Coruscant music)
AOTC - ‘Love Pledge and the Arena’, which also contains Across the Stars.
ROTS - John Williams really outdid himself with this soundtrack. I don’t want to choose, but maybe ‘Enter Lord Vader’ and ‘The Immolation Scene’

STAR WARS - ‘Inner City’ and ‘The Desert and the Robot Auction’
TESB - ‘The Battle in the Snow’ and ‘Lando’s Palace’. The other greatest SW soundtrack.
ROTJ - ‘Luke and Leia’ and ‘The Emperor’

TCW - ‘The Clones’ and ‘Burying the Dead’
Rebels - ‘It’s Over Now’ and a handful of the unreleased s4 music.
TM - ‘The Mandalorian’ and ‘The Baby’ 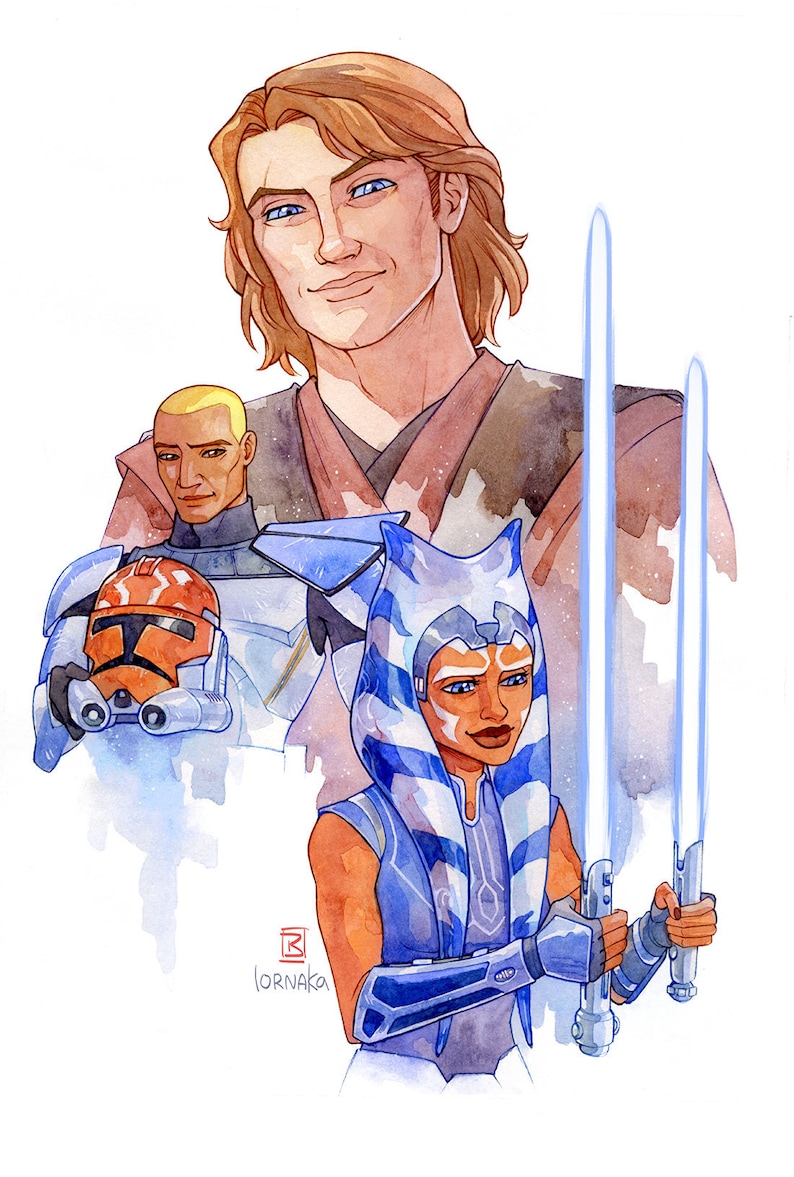 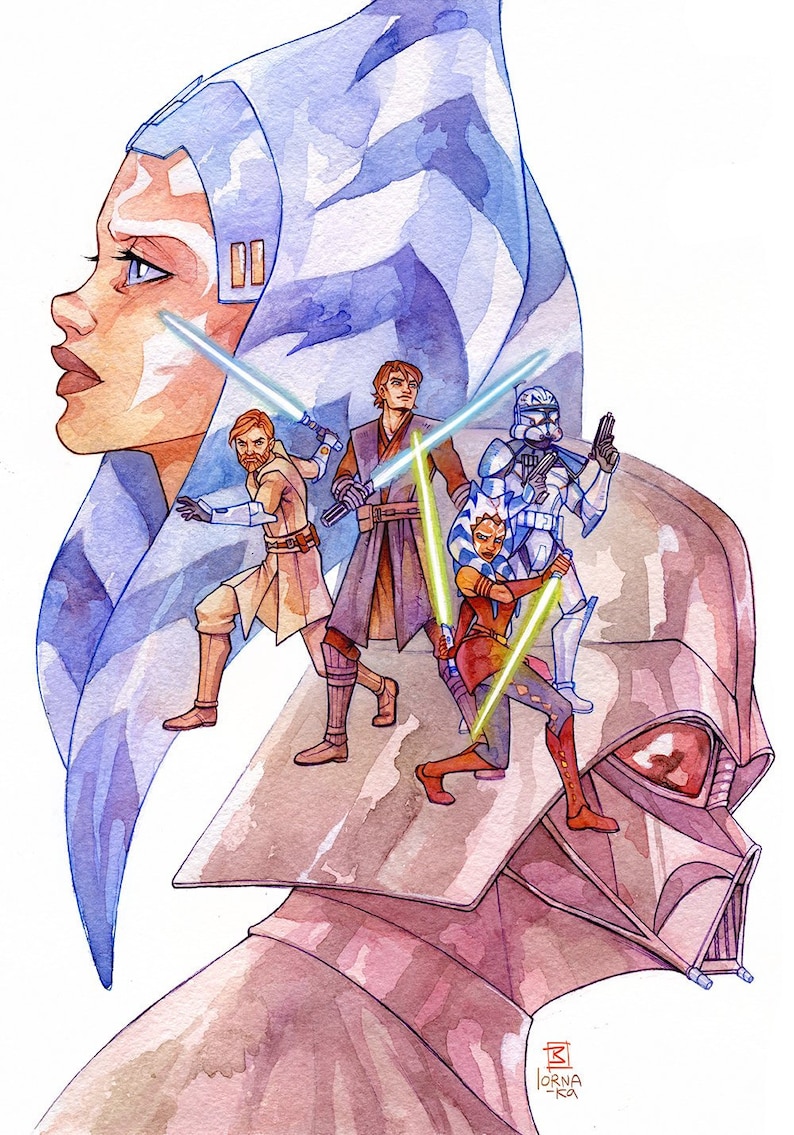 And some watercolour Clone Wars artwork by Ksenia Zelentsova, or Lornakastuffs on Etsy if you guys wanna buy prints. I have. 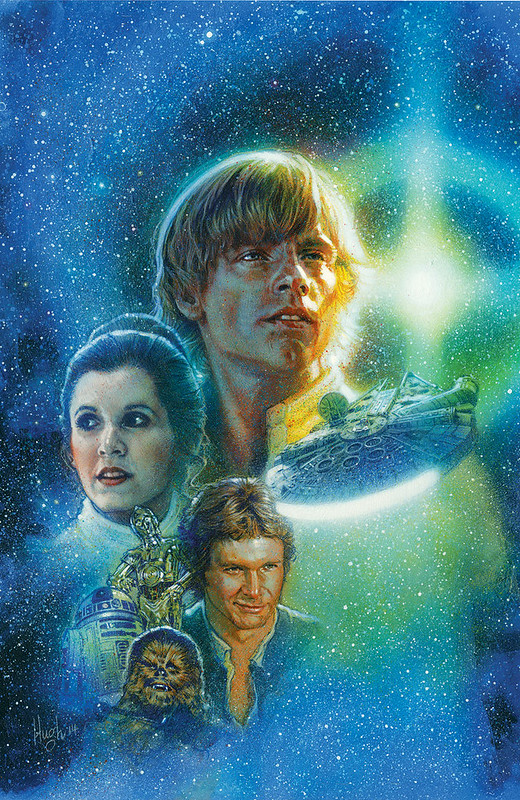 “A Bright Centre to the Universe” by Hugh Fleming and “Rebels vs the Galactic Empire” by Sean Cooke.

From a lovely Dark Horse comic run in 2014. Sorry I couldn’t find the second artwork without any text.

Yeah there is a ton of stuff Lucas based the movie on. Even those old EC Comics by Al Williamson had some influence. And of course the King Comics Flash Gordon Al did along with Roy Krenkel.

I’d never heard of Al Williamson, I’ve spent the last few minutes checking him out. His comic art is fantastic. Thanks for that!

One of the things I love most about Star Wars is how many archetypes and inspirations it throws in. There’s Akira Kurosawa, Flash Gordon serials, The Searchers, second world war films, Metropolis and Casablanca, and those are just the ones I can think of off the top of my head.

By the way, I stole this random point from the BFI classics book for Star Wars by Will Brooker, and if anyone’s looking for a good book/analysis on the film, it’s a must.

After that the finale is so visually messy that I can’t really get into it just as an action scene. For its faults TLJ has very striking sequences at the end. This just made me tired.

I like the colour blue slightly less after watching Rise of Skywalker. I agree, they overdid it.

Asajj Ventress’ arc is already wrapped up in Dark Disciple. A Rebels sequel has been rumored for a while. I really hope it’s true. Something is definitely going on considering the casting for the next season of The Mandalorian.

Ohhh, I’d heard of Dark Disciple but never looked into it before. Thanks for letting me know, I’ll have to check it out

A friend of mine let me know that the guys who leaked news of The Bad Batch - Kessel Run Transmissions and Jordan Maison - have also leaked the following:

I haven’t looked into these myself but they sound exciting. Given other rumours, it sounds like poor Mando will have a very busy season 2 meeting lots of major characters!

I’m a younger SW fan, so I grew up with the 2004 editions on DVD. For me it’s the little things, like the audio for “the first transport is away” is redone and it makes the moment that bit nicer. There are other very minor audio changes - and colour changes - that just enhance the film for me, and I like the different variations on the Imperial march. It might be an iconic track but hearing the same excerpt over and over every time a star destroyer is onscreen starts to become grating.

There are the usual dumb changes, particularly dialogue changes, but I agree I generally like the special edition more. It’s probably the best of the OT special editions

I feel bad for JJ Abrams. It seems like there was a lot of studio interference in this film, and now JJ, who’s a massive Star Wars fan, has his name forever tied to a movie that was a massive let-down for millions of people.

I know this is kinda an old discussion now, but I’m new to originaltrilogy.com and for my first post I might as well rant a bit about my least favourite SW film. Negativity bias and all that.

To me, Rise of Skywalker feels more like a corporate product instead of an artistic vision. It does so much pandering and backtracks on themes from The Last Jedi, the WORST thing they could do for this already incoherent trilogy. It also seems like a film afraid of its audience, an example being Chewie’s fake-out death; although that scene actually impressed me, I would be OK with it being a ruse IF they gave the reveal when the characters find it out. But instead they do the reveal at the earliest opportunity, a captured Chewie accompanied by a joyous flourish that’s the musical equivalent of “hey look, he’s alive guys! “We didn’t kill him! Please don’t be angry!”

Bringing back Palpatine and a secret fleet of death-star-level warships - which still do nothing for the film’s low stakes - is the cheapest move since, um, The Force Awakens’ story structure. I don’t even enjoy Ian McDiarmid in this film, that’s how bad it is. His existence WOULD somewhat ruin the ending of Return, only I hear he’s a clone - and what says ‘desperate’ more than having a clone of a previous villain as the main antagonist? I’m not even mentioning the death scene. TROS tries to copy Endgame in so many ways to make the same profit it’s painful to watch.

There’s also the issue of the self-indulgent fan service that featured in Force Awakens being blown up in this movie. By self-indulgent, I mean while The Last Jedi featured nostalgic OT things that furthered the plot, this film doesn’t (I’m thinking Yoda’s theme as Luke lifts his x-wing, and Chewie’s medal). A recurring problem in JJ’s films is things that make sense to the audience but not in the context of the story. Here, it’s Chewie’s medal (Jesus Christ) and that after Chewie’s ‘death’, the characters seem to quickly get over him. There’s no more Rey-Poe tension, which I liked, or anything.

In general, I didn’t like most of the over-saturated cinematography or the over-the-top finale. I actually enjoyed Rise of Skywalker on a first watch, carried along by the revelations, but soon decided that it’s so much about constantly driving its video-game plot that it loses the special moments that really make Star Wars, and is just not a rewatchable film. It’s like it’s designed to be seen - or ‘consumed’ - once, then forgotten.

These seem more like nitpicks than a negative review, I just wanted to say more niche things that MAYBE haven’t been mentioned here. Please understand that I now view The Rise of Skywalker as a black hole of garbage that sucks in even John Williams’ soundtrack, which mostly amounts to previous Star Wars themes in the weirdest places. Also, sorry for writing so much, it feels nice to put my thoughts out in a purely SW-fan website/discussion.