I made my own, but I did use that video for inspiration. It’s very well done.

I have a copy of that disc. I don’t know that the footage I’m looking for is on it though, unfortunately. I’d imagine if it existed in good quality anywhere, it’d be in some sort of documentary or featurette.

“My mum used to say ‘you can’t polish a turd’, but Zion often surprises me!”
– Laserman

I’ve been working on this project off and on for the past 8 months and it’s intensified in recent weeks, so I figured it was probably time to start a new thread. First and foremost, this project aims to be a high quality HD upscale of the SWHS using the best available sources. Additional points of emphasis will be on audio and subtitle tracks. Seeing all the wonderful audio and subtitle options from projects like Despecialized, 4K77, and Project Threepio has inspired me to attempt something similar with the SWHS. In addition to the standard English and Rifftrax audio will be Spanish audio and English subtitle tracks. I’d love to include the French audio if I can get ahold of a good copy, as well as any additional subtitles. Anyone interested in helping out with additional audio and subtitle tracks please contact me.

I’m mostly starting from scratch on this project considering the workflow is entirely different than v2. (And also since a lot of the software and plugins I used for v2 are now completely outdated.) I’ve invested a lot of time in fine-tuning the workflow to produce a high quality upscale. This is not simply a rip of the EditDroid DVD dumped into an upscaler. Time is being taken to do a proper deinterlace of the EditDroid source using QTGMC, conservative noise reduction is being applied, levels adjusted, etc.

EditDroid source -> QTGMC deinterlace to 29.97p & crop -> apply DNR in After Effects -> upscale to 8K with Topaz Video Enhance AI -> downscale to 1080p. Animated segment and commercials will be processed separately. I’m still working on tweaking various settings throughout the workflow, but screenshots and video clips will be posted here soon.

Toying with the idea of replacing the film footage shots with higher quality sources, since these tend to be the lowest quality shots of the entire program IMO. I’ve seen this done in another upscale release and although it vastly improves the quality of these particular shots, the difference between the sharp high definition BD footage and the lower res Holiday Special footage was quite distracting to me. My idea is to take 1080p shots from the Harmy Despecialized Edition, downscale to 480, then run it through the upscale process in order to better match the quality of the HS footage. As of now this is an experiment that may or may not make the final release. Some caveats of this approach are listed below.

"Life on Tatooine" shots: Most of the establishing street footage at the beginning of the cantina segment is not available from any source I’m aware of, save for the shot of the guy running through a pair of creature legs which is part of the blu-ray deleted scene “Stormtrooper Search”. Possible choices are to leave this segment completely intact or just replace the one shot.

"Darth Vader Widens the Search" scene: This scene is on the blu-ray, however I noticed the Holiday Special footage looks like a completely different take, so the blu-ray footage doesn’t line up exactly right. I’ve tried inserting the blu-ray shot anyway since the HS version is dubbed over and Bath’s lips don’t match the dialog anyway, but with the way the footage lines up, his mouth isn’t even moving for nearly the entire last line. I think it’s actually pretty funny this way but I don’t know that it’s worth replacing the HS shot (especially in the interest of preservation).

Having revisited and compared a dozen other SWHS projects recently, I realized there’s one thing missing from most releases that include commercials that definitely deserves to be included. It’s the one non-program-related trope from the Holiday Special very much ingrained into pop culture (thanks to South Park) - the “Fighting the Frizzies at eleven” news teaser. On the WCBS broadcast, this clip shows up at the end of multiple commercial breaks and is also mentioned in the Rifftrax audio when Kevin says “Is it time to fight the frizzies?” and Bill replies “Not till eleven.” I restored this clip from the WCBS DVD source on my v2 release and intend to include it in the same places. (An editing decision will need to be made as to whether to keep the one WMAR news teaser at the end of commercial break 5.)

What an insane amount of information all in a single post. As someone who used to be extremely active on this site and a mod 10-15 years ago, this is both an incredible time capsule of the past and a handy guide to everything I’ve missed over the past several years. I’m not gonna lie, a lot of memories just came flooding back man. Thank you for this!

CatBus said:
The references to other shows, the graphics, the music on the various intro bits, it all puts you right back where you were when you were dead certain this was going to be the best thing you’d ever seen on TV.

The SWHS aired about 16 months before I was born, but I’m with you on that.

So I started a new project to compare a couple different SWHS releases, then…this happened. 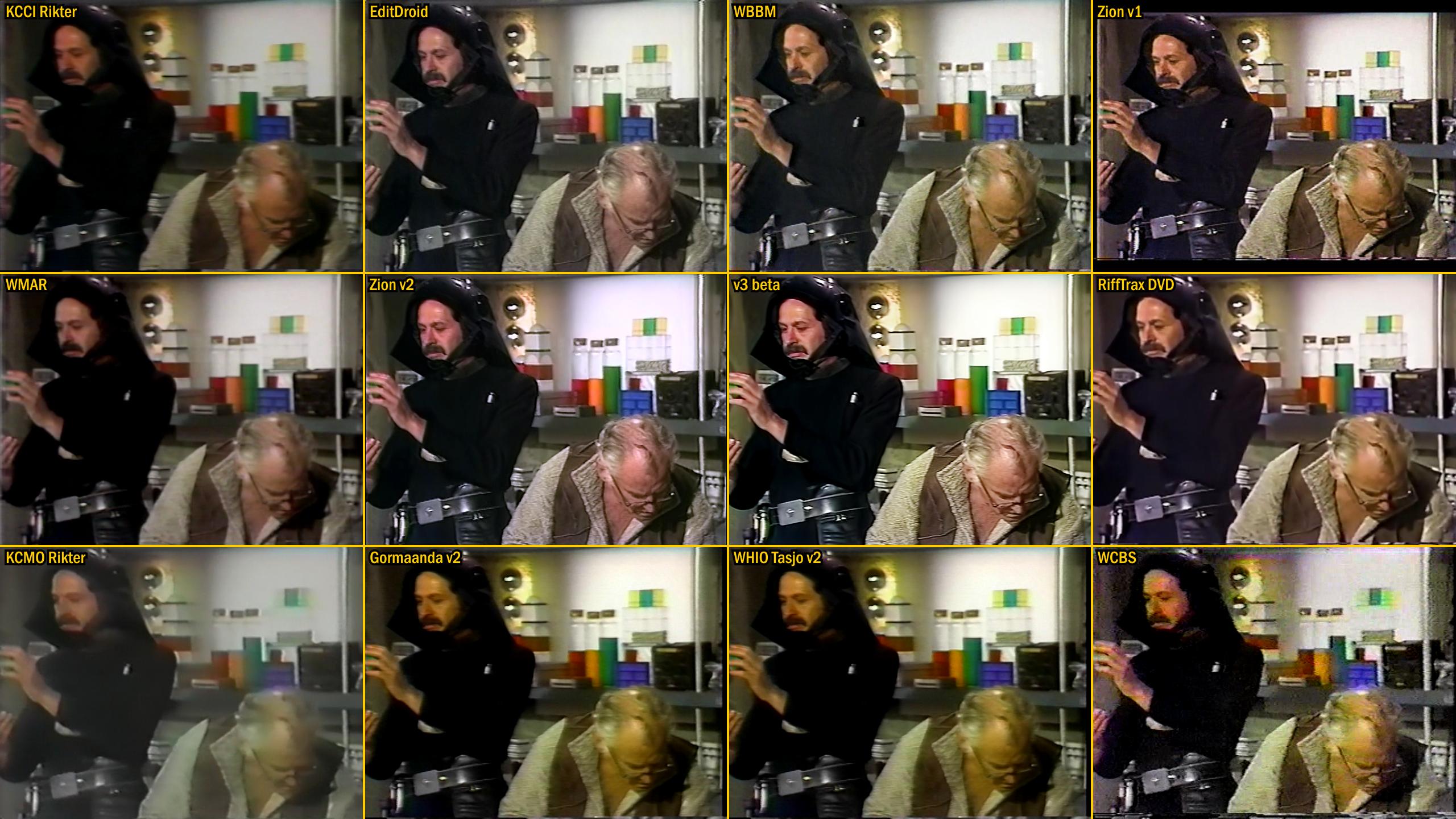 This is a Premiere Pro project with 12 separate Holiday Special releases at full 480 res lined up on one 2560x1440 video sequence.

A few things I noticed:

For the record, I never gave that site permission to sell my SWHS DVD. I’ve happened across that site several times in the past year or two, and that person’s username and eBay store link has changed at least 3 times.

Encore CS6 is definitely older, but I used it to author the Hybrid v2 DVD three years ago and I’m almost positive I had Windows 10 at the time. So it’s possible it could still work.

Personally, I’m of the opinion that if they no longer support it or offer a way to purchase it, it should be fair game to download by whatever means.

Ah, sadly I do not. I upgraded my system about a year ago and ended up reinstalling Windows. I opted not to install Encore at the time along with the rest of the CC apps, thinking I could just add it again when I needed it. Adobe CC used to give you that option to install older CS6 apps. I wonder if there’s an alternate way to download it.

Nice, Rikter! Thanks for doing that.

Thanks for the feedback everyone. Please keep it coming!

Sounds like I need to brush up on my blu-ray authoring skills. Any particular software people are using these days? I’ve used several DVD authoring programs in the past, including Scenarist and Adobe Encore.

It’s still up on the Spleen as far as I’m aware. Outside of that, I don’t personally know of anywhere else it’s currently available.

Say, all this talk recently of The Mandolorian and Jon Favreau being a fan of the Holiday Special and him interested in making another one, it’s got me thinking about revisiting this project.

Improvements can certainly be made. For starters, there’s some great feedback in this thread on various aspects. Things like better handling of the interlacing to possibly improving the quality of the Boba Fett cartoon by using the version from the EditDroid. Then of course there’s upscaling to HD or 4K using modern upscaling techniques. What do you guys think? Any suggestions?

Also, how do people do HD releases these days? Just a standard MKV or MP4 file, or do people do full on blu-ray authoring?

I recently stumbled across this and was wondering how it might be possible to get a copy of Zion’s V2? It sounds excellent. I know some are for sale online, but I don’t think it is appropriate to buy it…

Thanks to anyone who is able to help!

EDIT: Nevermind, found a copy! Thank you to those of you who helped me out!

If anyone is selling either of the Zion Hybrid DVDs online it’s definitely not me and I would certainly not recommend paying for it.

I just recently downloaded this version and it is fantastic but there is one problem I am having. When clicking Play with Rifftrax on the Menu it doesn’t automatically play the Rifftrax version as it should and instead you have to manually switch the audio track. Not a big deal but just a slight inconvenience. Anyone else having this issue?

I don’t recall ever seeing that happen during testing. It’s possible your player is overriding the Rifftrax audio track selection and defaulting to the standard English track instead.

How awesome would it be if we get to see the whole family, or even Saun Dann or Ackmena? lol

Mine is sourced from the EditDroid release with some noise reduction and color correction applied.

Also, did anyone see the new Solo trailer? There’s a shot of Chewie hugging another wookiee. Could it be… Malla?!?

I spent a lot of time creating the menus. I’m glad you like them.

I bought it and watched it. It’s definitely my crawl, complete with the music I chose and the bits of the opening part of the Rifftrax commentary I edited in. The rest doesn’t look like mine though, so they most likely used one of the other releases that used my crawl.

It is still available on MySpleen. If someone were to upload it to a.b.starwars, I’d give them props.

Wow, this is really surreal. I’m watching the new Rifftrax streaming version for the first time and it is definitely my version of the crawl. Same edit of the opening Rifftrax commentary, same music I chose, same double dissolve to black at the end of the crawl (a mistake I corrected on my v2 DVD, but present on my original DVD and most likely any other release that used my crawl).

It’s kinda weird knowing I just paid to watch something I created, but at the same time also fun and exciting. Maybe I should contact them and say “you’re welcome”. 😛

Their current streaming version may be the KCCI. The one they had up previously looked like the version they originally riffed, which was a very low quality version of the WMAR broadcast. It had this crawl at the beginning: 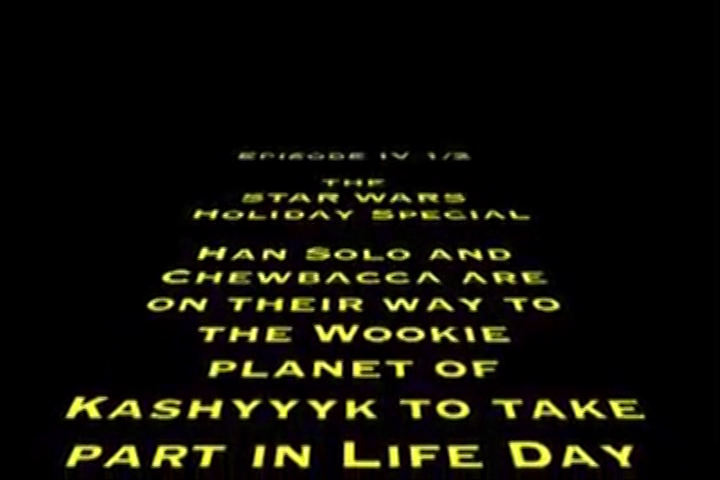 Not sure if anyone else noticed this, but Rifftrax.com just released a “NEW high-ish quality VHS Transfer” of the SWHS. I wonder what version they used. 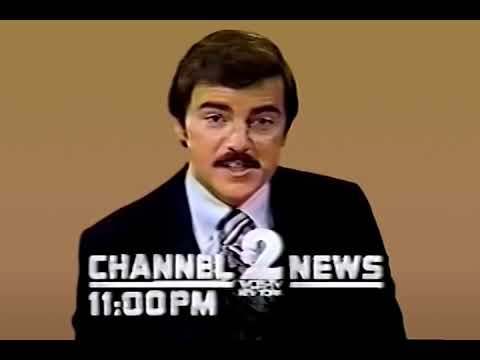 No, sorry. After spending a few weeks straight working on this, I’m taking a little time off to work on other projects.