I would say that most interesting point is that these directors are almost exclusively fantasy-genre directors.

<blockquote><p><strong>Darth Id</strong> said:</p><p>George's original conception was that the evil Empire was more or less timeless, and the whole Star Wars universe was based on the for-all-intents eternal struggle of the forces of good against the Empire.</p>
<p>I don't think there is anything in <em>Star Wars, ESB </em>or even<em> ROTJ</em> that necessarily contradicts this.  Ben's yearning reference to a time "before the dark time, before the Empire" could be a reference to something extremely ancient and remote.  There's no reason it wasn't 200 or even a thousand years before the events of SW, and Ben was the last of a long dwindlage of torch-bearers.</p></blockquote><p> </p>

Even in the first draft, the Emperor is presented as the first emperor, coming to power with the aid of corrupt robber barons and the Sith Pirates (or something like that).

That was the answer that popped immediately into my head.

yeah. It is aimed at middle scokdkr

Here's an excerpt from my as of yet unpublished story book of logic puzzles I wrote for my middle schoolers.

“Well what do we have here?” The Captain said wryly, “If it isn’t the Ninja Twins again. I recognize you both from the throne room.”

“Stop calling us that!” Said Candy the Ninja.

“But you look exactly alike!” The Captain said

“And you both have the same birthday?” The Captain asked.

“The same year?” Asked the Captain.

“Yes.” Candy and Brandy both answered at once.

“How about your parents?”

“And the same dad.” Said Brandy.

The Captain sighed, “Then I don’t understand how you aren’t twins. But it really isn’t that important. Get out of my way; I’m trying to escape with the Orb of Marmac.”

But Candy and Brandy didn’t get out of the Captain’s way. They just stood there smiling. The Captain was about to push them apart and continue his escape when suddenly something hit him across the back of the head.

All he heard was giggling as he collapsed into unconsciousness.

WHO HIT THE CAPTAIN? HOW ARE MANDY AND BRANDY NOT TWINS? These questions in fact, have the same answer! Find out in the next thrilling chapter of “The Puzzling Tales of Captain Adventure!”

That's the sort of fun lateral thinking problem I enjoy. Thanks Warb.

(didn't get it, but really enjoyed the answer)

You can definitely see the influence it had on Altmans Excalibur

Though now you've got me thinking about Excalibur as directed by Robert Altman... overlong, excessively talky, Arthur played by Elliot Gould, Guenevere played by Shelley Duvall...

That would be BRILLIANT!

And of course Empire Strikes Back the dark side cave sequence

Not sure how much of an influence it could have on ESB, seeing that ESB was shot first.

If you'd be interested in Sound Effects, but are not willing to make a large commitment, there are many individual parts that need sound effects someone could tackle. For example:

So the job can be just as big or as small as you're interested in. 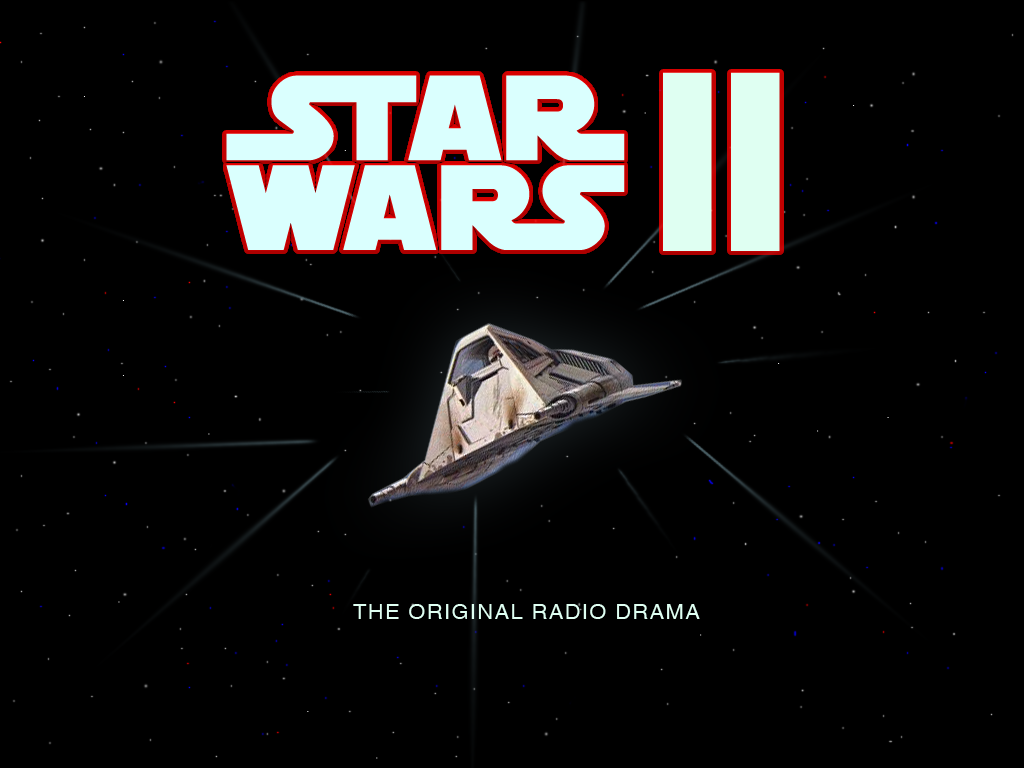 We have a logo (thanks Fishmanlee), two finished scripts, and a handful of solid actors.

Timeline is to have all the scripts done by August, hold more auditions, and have lines recorded by October.

Lugosi as Dracula? The first two performances of Boris Karloff as the Monster?  The scene of the Monster with the blind man?  Colin Clive?  Elsa Lanchester? He also sucks the life out of "The Mummy."

THE ROOM IS MISSING

YOUR ARGUMENT IS INVALID

We wrote this list before I saw The Room.

I suppose it'd be better in the "Bad Movie Weekend."

Should it replace PLAN 9 or MANOS?

A Shot in the Dark

Raiders Of The Lost Ark

"Son of Frankenstein" is a particular weakness of mine, as I think it's the absolute best of the Universal horror films. Completely subjective I admit.

The fun part of that particular list is that to add anything, you need to cut something. What would be removed to add four more Westerns? or Four more gangster films?

I love Duck Soup, maybe I'll solve the problem of two Casablancas by replacing "Night at Casablanca" with that.

Is it wise to have someone watch a sort of spoof of Casablanca before watching the actual Casablanca?

Added years (I meant the originals)

You make a good point about the Casablancas.

Found an old file from me and a pal BSing about what were the essential films everyone needed to see. The idea of this list is someone would do a double feature each weekend for a year, so this list is 104 movies in a kind of rough order, paired with a film that kind of complement each other.  Sometimes by genre, sometimes by era, sometimes by style, sometimes be content.

There are a lot of artists who copy Struzan's style. Dull? I don't think so.

Whatever that is, I must pay money for it immediately.

What's wrong with Palpy being a Sith? Just curious, nothing against him not being a Sith.

Any time you take a character, and say "WAIT! There's a whole class of characters just like them!" it lessens that character.

Greedo comes from a species of all bounty hunters.

Jabba comes from a species of all crime lords.

Palpy comes from a club of evil wizards.

Boba comes from a planet of bad ass whatever he is (retconned at some point).

It makes them boring.

I was fun. At the end of the day I gave a copy of "Revisited" to one student, and Harmy's "Despecialized" to another.

I'll say Hayden in Ep 3 was fairly close in many ways to my mental image of "when I first met your father." Dashing cocky Anakin, not psycho whining Anakin.

Going by the chronology implied in the OT, by the time he went bad he would have been considerably older.

I think all that Disney has from George, is a couple legal pads covered in doodles and lists of names.

Any other ideas what I should cover? High school students.

I'm trying to find a brief video about The Special Editions, and what's wrong with Lucas and film preservation. I have a reading to pass out stolen from SaveStarWars.com, but videos are always good.

I often thought of this disaster when people would ask of the Baltimore protesters "why are they breaking things in their own town?"

... ...a greedy bastard who bashes the system for the very thing he is guilty of. The Hobbit/Lord Of the Rings means nothing to him except as an intellectual property he can milk to build his second mansion.

While I usually don't think building narratives about creators is a useful way to analyze work, it might be worth noting that Peter Jackson still lives in the same house he lived in before starting LOTRs.