Unsure if this has been posted already (difficult to tell with 66 pages of links), but I always enjoy watching this interview with Mark Hamill from the 70s.

I actually do agree with TNT2 and, frankly, if they were gonna make any sequels, it’d be a hard sell not to have some kind of Empire, given the cultural recognisability of the Stormtrooper look etc. Hell, even the post-ROTJ EU books, which didn’t have to worry so much about huge financial turnaround, focussed on Empire stuff until the end of the 90s.

This seems to be a different faction of Mandalorians than the ones we have seen before. Perhaps they still follow the ancient traditions of Mandalore whereas the majority of Mandos, like the ones from Clone Wars and Rebels, have become more progressive over the centuries. In a conversation with a friend I joking referred to the Mando’s tribe as “The Amish of Mandalorians”.

Comparing Mandalorians to Christians seems like a weird comparison, but I think it could help get the point across.

The New Mandalorians like Satine Kryze and her pacifist faction would be like modern secular Christianity, which fought against the traditions of Mandalore, which would be like your typical conservative Christian beliefs (gay marriage, pro-life vs pro-choice, etc.).
Death Watch would be like radical Christian extremists, fighting to preserve their traditions but going overboard with it. Their attempted coup in the Clone Wars could be compared to Gilead from The Handmaid’s Tale.
The Tribe from The Mandalorian might be a decent comparison to Old Order Amish, who still live and practice older Christian traditions in isolation and breaking those traditions could result in exile or ostracism, beliefs which might seem excessive to even the modern conservative Christian (Clan Wren and the other Clans we see in Rebels as an example, since they seem to remove their helmets without issue, but still follow their traditions more-so than Satine’s faction did).

At first I thought The Tribe’s fundamentalist beliefs might’ve been a reaction to the possible failed rebellion that Rebels was setting up, but in Chapter 4, Mando said he had not shown anyone his face since he was adopted by The Tribe, so their practices would predate the Empire. I could be totally off-base, but the idea of varying “denominations” of Mandalorians coexisting would be pretty interesting to me and make them seem more like a living, fluid culture rather than a two-dimensional “warrior race”.

I felt like it is being hinted that ‘the purge’ is something that happened to the Mandalorians during imperial rule that meant that they were pushed underground. The ultra-strict culture that our Mando is part of is just the result of the socio-cultural changes post-purge.

For anyone interested in some deeper analysis of Rey as a strong female character, I’d really recommend ‘wit and folly’ which is a Youtube channel that does quite a few Star Wars video essays.

Don’t know much about this myself but there’s some mention of the Clone Wars in the Thrawn Trilogy, and then there’s 90s sourcebooks which hint at various things. For example, the Essential Guide to Characters. https://starwars.fandom.com/wiki/The_Essential_Guide_to_Characters

I think the O.P.'s order is the best. If you’ve never read the original rationale for the Machete Order or it’s update in light of the sequal trilogy, check it out:
https://www.nomachetejuggling.com/2015/12/28/machete-order-update-and-faq/

The originator of Machete Order, Rod Hilton, actually suggests approaching Ep 1, Solo, Rogue One, and the shows as Anthology material to be watched in any order at another time than the other main eps. because they don’t directly serve Luke’s story.

I’m also in favour of this approach - this is what I’ve said to several of my non-Star-Wars-y friends.

I’m less surprised by this than I thought I would be. He does radiate subtle “mama bear” vibes.

Dooku was extremely under-utilised imo. Christopher Lee kinda nailed the slightly campy villainy that really works in the prequel setting (a la Ep III Palpi). The delivery of “surely you can do better!” gets me every time.

Not sure I’ll watch this but it’s cool they’re bringing Ahmed Best back into Star Wars in a real way! 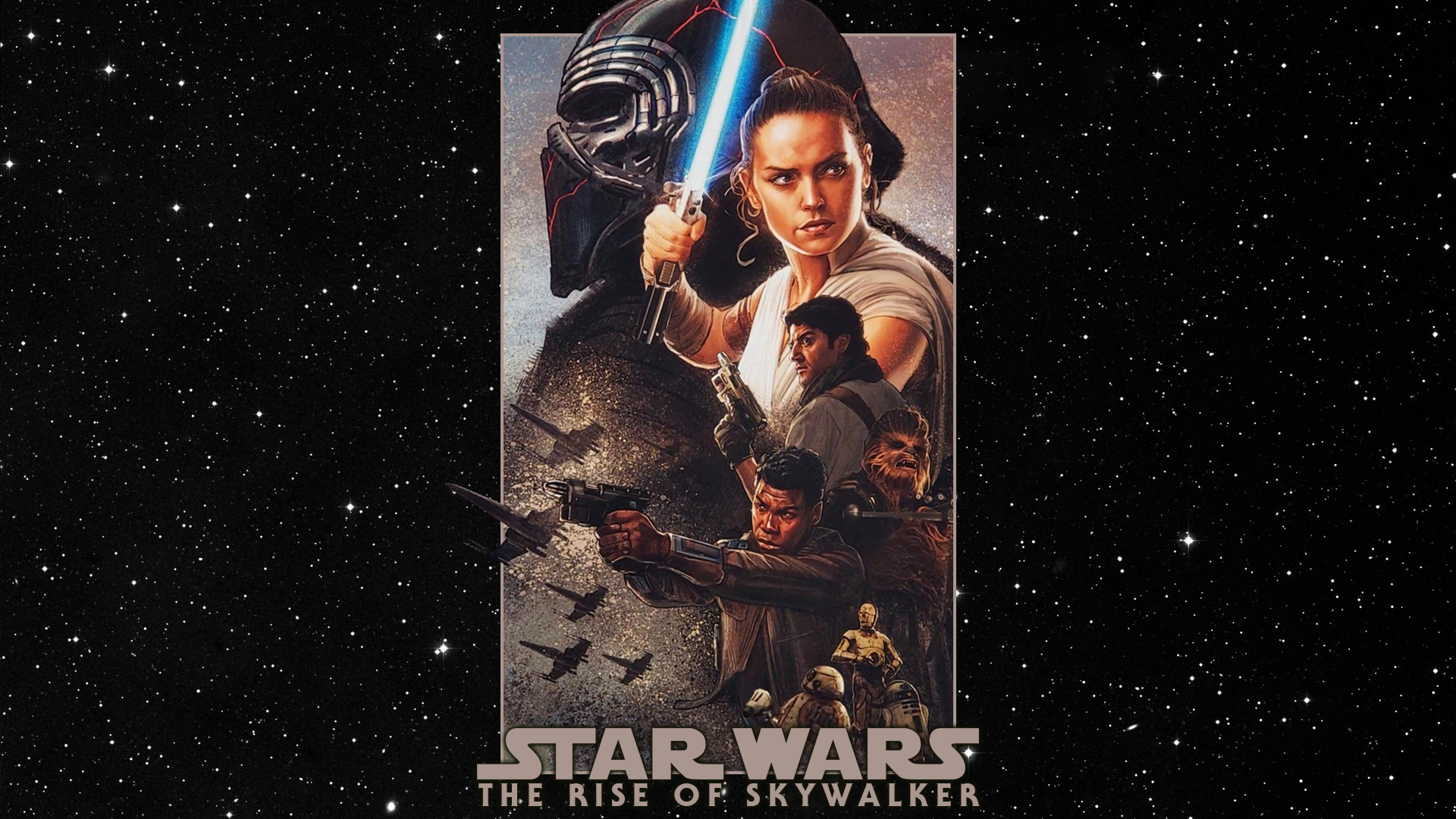 https://www.deviantart.com/spirit--of-adventure/art/The-Rise-of-Skywalker-Mural-Wallpaper-809997290 - with more posters for the other films and Star Wars releases 😃

Wow I love this one! My main qualm with the posters of the sequels is that they have no consistency, unlike the PT and OT. Which I think is a big shame. It’d great if this was the style of the whole trilogy.

Both the Deathly Hallows Extended Editions are my standards now. Thanks for these.

I’ll wait to see if there is a Jimpressions or ACG video.

Speak of the devil https://www.youtube.com/watch?v=sPXhyQ5S-nQ

Thank god for him!

I’m a big fan of TFA anyway but watched this at my friend’s house and it was excellent! Thanks!

Qui-Gon Jinn wasn’t necessary. All that was needed was Obi-wan and Anakin. The prequels could have begun with them already Master and apprentice, building their bond right from the beginning of Ep. 1 - instead of pissing away the first chapter on a little boy and his mom.

Obi-Wan should have been older, and already a Jedi Master in Ep. 1, and Anakin, a teenager not a small boy.

Lucas traveled too far back into Anakin’s past for the prequels. We could have been spared all the childish crap that swamped Ep. 1.

Completed agreed. That’s why I am a fan of (much of) Clone Wars - it does what the Prequel Trilogy should have been all about: Anakin and Obi-Wan’s relationship. Also, this is why the Machete Order is the superior watching order - it skips Ep. 1 and is better for it!

Did anything ever happen about this?

Can anyone recommend some good video reviews of this? I can only find the 4-minute IGN-style ones that are not in-depth at all…

Much of the technical stuff goes over my head, but I wanted to say thanks for the work everyone is doing on this!

IG-11’s movements are just sooo cool. Props to whoever came up with that.

Appreciate all the cool art coming from this thread! One of my favourite things about new Star Wars media is all the cool stuff that fans come up with around it - I’m really looking forward to more Mando episodes partly because I know there’ll be more excellent cover art!

I really enjoyed it and frankly I just appreciate that it exists! Weirdly though I kinda preferred the animation in the teaser the guy released - sure it was uglier in a way, but more stylistic and weird in an endearing way. Liked how it turned out nonetheless.