Months later, I finally have the record. But now now its stuck in Japan 😦

I recently purchased this set on Ebay still sealed. It just seemed like a pretty cool collector’s item. I don’t know if I dare open it. Would the sound on these be any better than LP or CD? I’d really like to have these transfered to find out.

The sound quality of reels would beat almost any CD ever made. As for LP, it depends. Most reels were done with high speed duplication transfers as mentioned earlier (big boo boo). It can also depend on whether or not the reels were recorded on 7 1/2 ips tapes. Nothing can beat the high frequencies of the outer grooves on vinyl but in saying that, at least the frequencies from a reel are consistent all the way through. Both can have an edge on each other.

I recently purchased this set on Ebay still sealed. It just seemed like a pretty cool collector’s item. I don’t know if I dare open it. Would the sound on these be any better than LP or CD? I’d really like to have these transfered to find out.

Depends on the tape speed and how well the duplication process worked (high speed transfers, I imagine, perhaps not so good). If middle tape speed, I would guess part way between cassette and LP. The tracks on these tapes are fairly narrow which does not help either. Ageing might cause further losses and print through (creating faint echoes due to tape being pressed against itself in storage). Also, it would pay to get advice from someone who knows about this stuff at an advanced level as old tapes have been known to strip themselves on a single play (see “baking” suggestion in an earlier post - something I would not try by guesswork).

It also depends on the machine you play/record it from. Ageing is defiantly a factor that can contribute degraded tape, but I have cassettes that are 30 years old and they still play efficiently. Tapes manufactured in the 70s/80s are known to last but it all depends on how its stored and if its stored in appropriate conditions. And most importantly, if its well away from magnets.

Anything recorded on analogue is better off.

@Williarob, thank you!
Happy Holidays to you too!

It bugs me that there isn’t a decent theatrical release of the Phantom Menace. VCD is horrible, VHS is VHS, even Laserdisc isn’t that great. I had an idea overnight about a new project idea that someone could potentially pursue in, 4K99. Even though the changes from the original were so minor, it would be good to restore the theatrical release on digital format. This is merely an idea.

I’ve been pointed to this direction regarding the 4Kxx films. I’ve been wondering for some time on how to download it. Now if I’ve done my homework correctly, it states that you can download it from various sources of private torrent trackers by likes of Myspleen. Since its ‘private’, registration is closed and access is obviously restricted. I’ve learned however, that 4Kxx content can also be accessed from its dedicated website:
https://forums.thestarwarstrilogy.com/. Like Myspleen, it to is restricted unless given an invite code from a forum member. Rather than going through all this trouble on trying to make a Myspleen account and such, I would much prefer downloading it from the website if deemed possible. Any help on matter is much appreciated. Thank you for your time.

I always thought so too about the LPCM since i don’t have an ac3 demodulator. But i watched the preservation with the Dolby EX track and it blows the 2 channel stereo mix away. It isn’t logical or scientific but i think it sounds better than the DTS cinema tracks and even the blu ray audio.

I’ve always preferred the sound quality of DTS more than Dolby. I wouldn’t think Dolby EX could stand even a glimmer of chance against Blu-ray’s uncompressed audio tracks.

That powercord though, lighting up her dress, I love those moments

Its because Laserdisc has PCM audio, which is why it sounds pleasant.

No, I don’t think so either

It would be, but I wouldn’t think his copy is all that great to be honest.

The design for Empire is good, but wasn’t what I was expecting.

Interesting! Perhaps Return of the Jedi was manufactured at a different plant?

I’ve seen Japanese copies on Ebay, not sure if they were released in the U.S. or not.

A PAL copy of ROTJ featured in one of techmoan’s videos on Sony 8mm Video Walkman gear.
https://youtu.be/pdObeF9VHiA

@Sliverwook, I’m pretty sure Video 8’s were only released in Japan and potentially the UK. The U.S I believe never saw a release. I’m definitely not spending $4000 on three cassettes. I wish I started looking earlier!! Everything was cheaper then. I guess I have to wait until it comes for a reasonable price.

Hi there, anyone know anything about Star Wars on video 8?
Also, does anyone own them? I recently began a collection and want to obtain all the home video formats released for star wars.

Only after the criticism do people realize how good the prequels actually are.

Correct! Star Wars was a 2-Disc Set, with Empire cut and Jedi single-Disc Set. The RSO copies are kinda hard to find and at times can be expensive. They’re quality discs!

Not the worst in the saga.

But for some reason, my image from my computer won’t load up here so yeah, awkward. But I assume you know whats it’s going to look like.

In 83’, the first pressings of Star Wars and Return of the Jedi were released in Germany by music label RSO. Each containing a red face: Return of the Jedi:

But The Empire Strikes Backs first press however, was released in 85’ by U.S label Polydor and didn’t have a red face:

So, I endeavored to try and re-create the classic album into what original CD should’ve looked like.

March 31st 2020, Disney released episodes I-VII and Rogue One on 4k for the first time with matching slipcovers, interior covers, updated discs, and updated content that look like this: 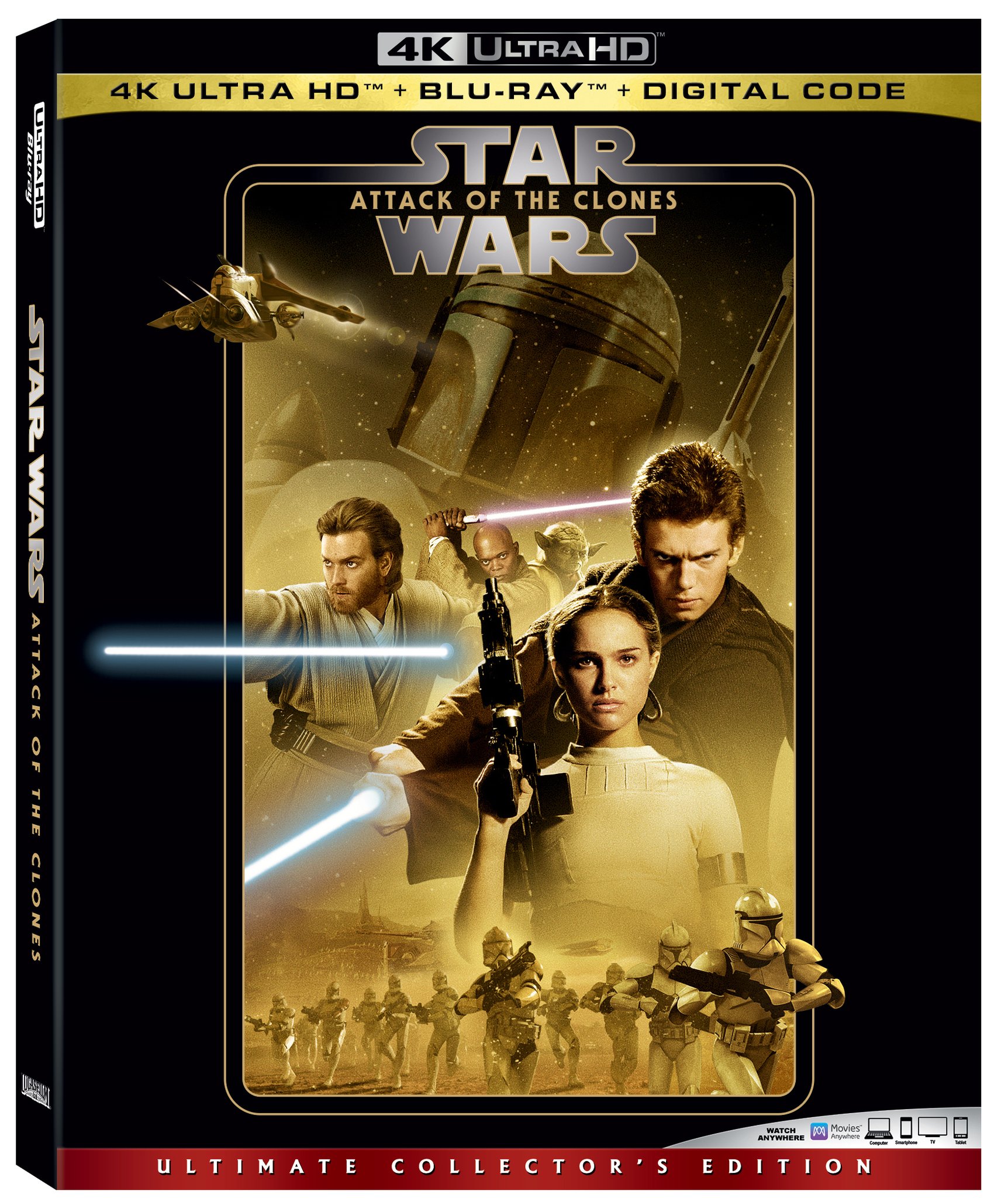 Rogue One - A Star Wars Story: 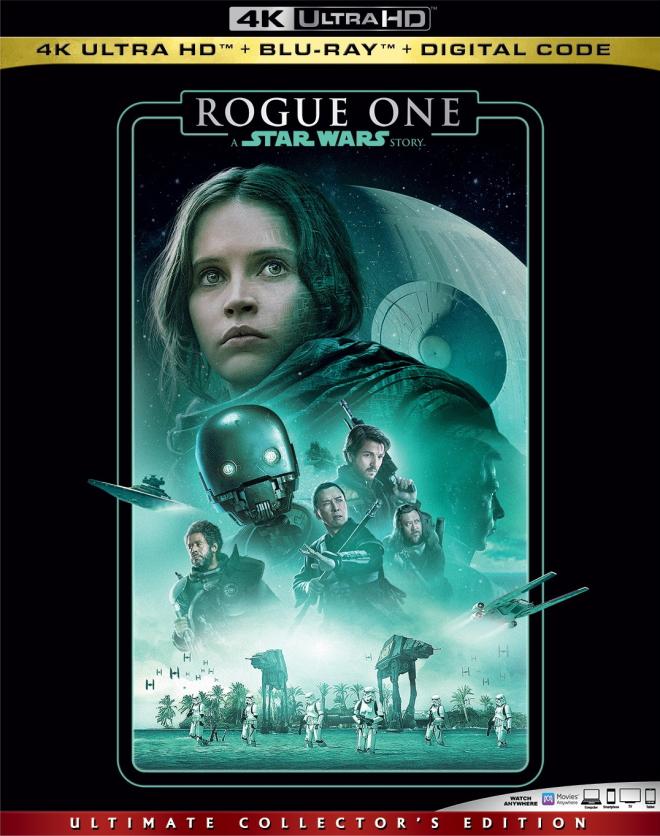 During this time, we also see TROS seek a 4k release but without a matching slipcover/interior cover (Discs and content are the same as the Skywalker Saga set). 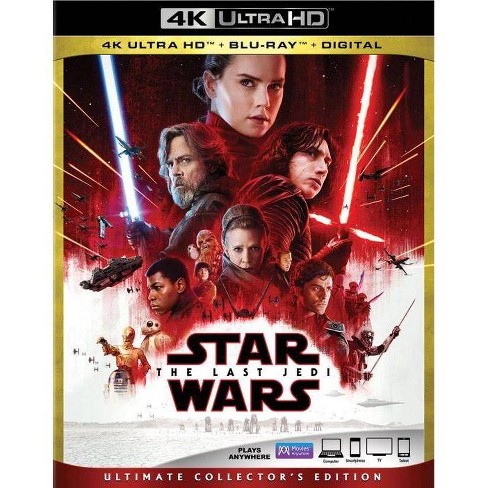 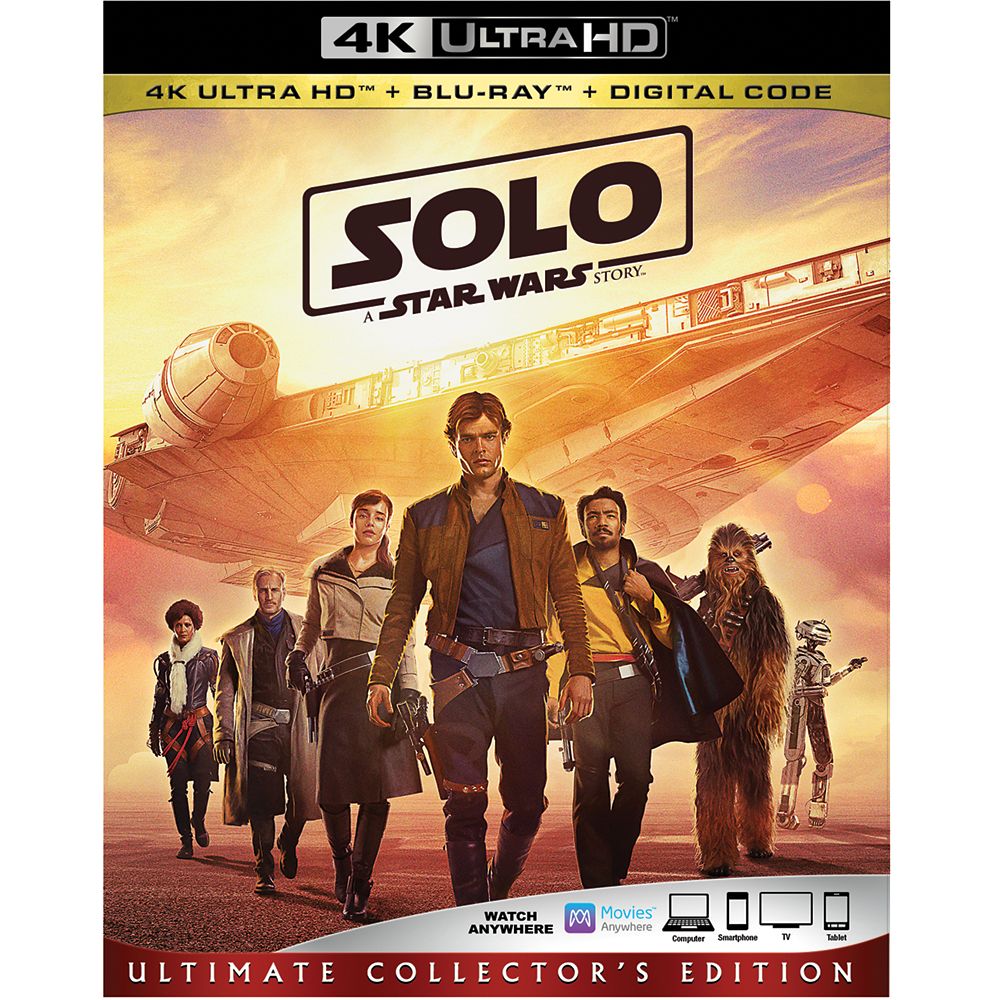 A few months after the 4k debuts of episodes I-VII and Rogue One, we see a re-issue of TLJ and Solo matching the other movies except TROS. 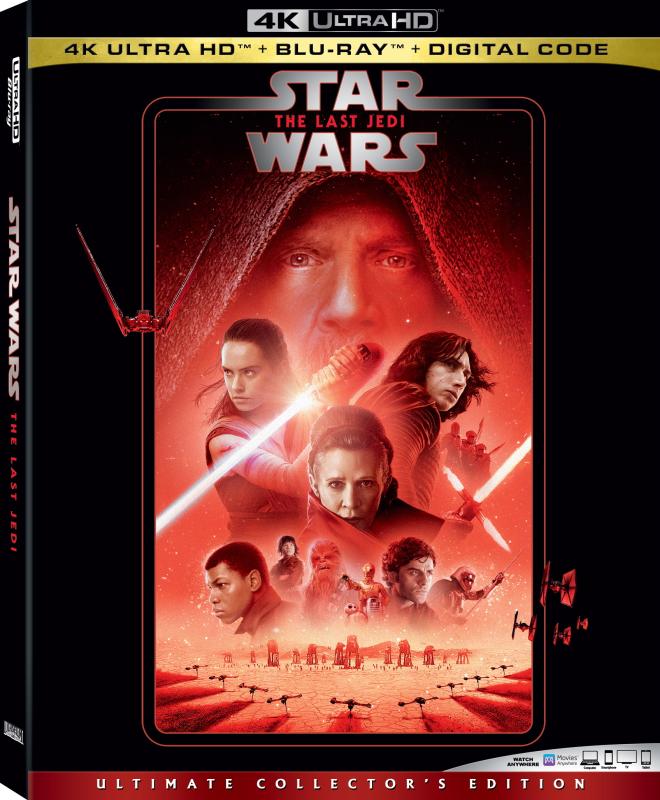 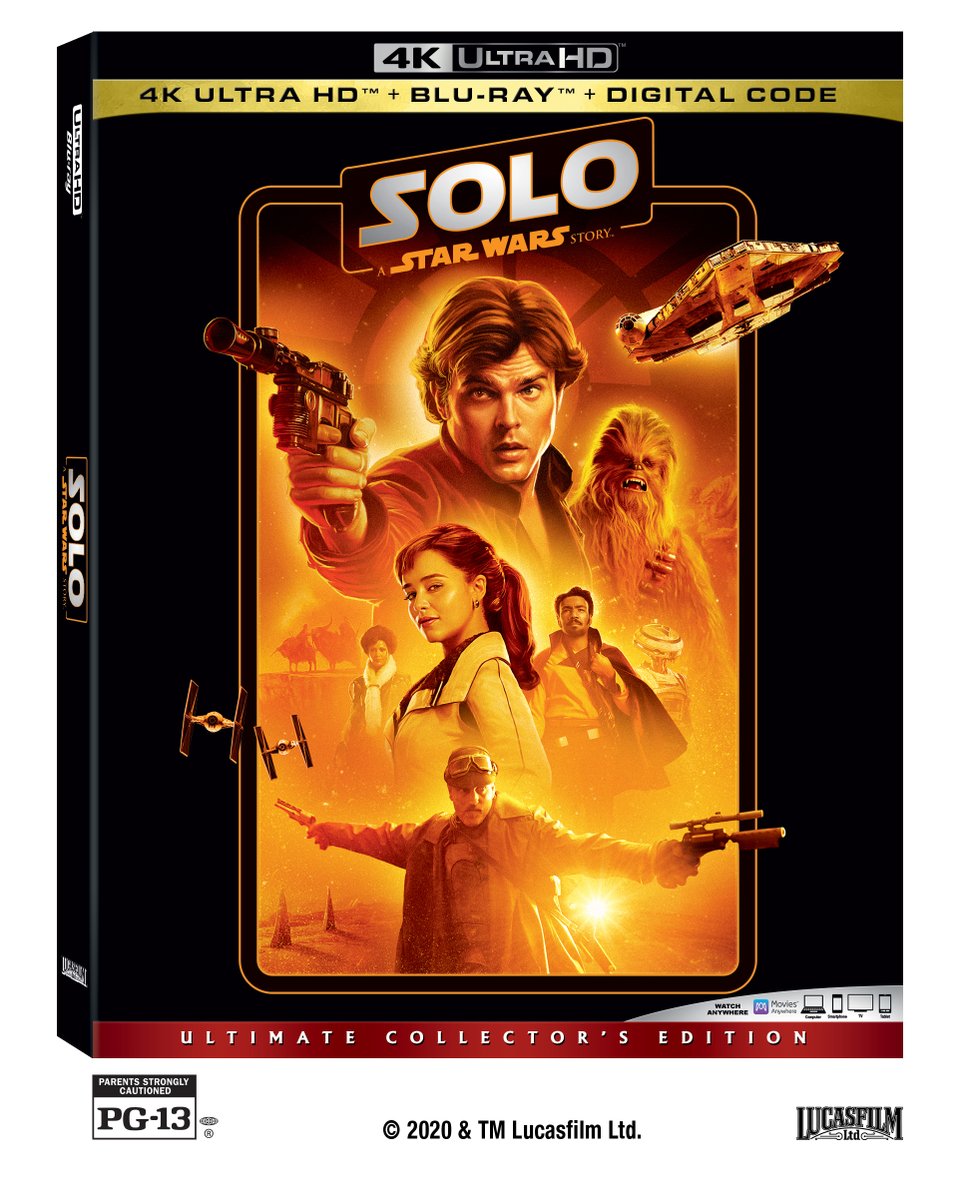 You’d expect that they’ve also changed the interior cover as well as the updating the content/discs that is currently only available in the complete Skywalker Saga Box set (Excluding Solo because there has only been one release for Solo, hence there cannot be updated content, only interior covers and updated disc label to differentiate the previous release). Wrong! Instead, they’ve slapped the matching cover on the original 4k releases of both films. No matching interior cover, no updated discs, and no updated content. Just the same old stock we saw before. At some point, would there be a matching (slipcover/interior cover/updated content/updated disc) copy of both the TLJ and Solo?

Also,
TROS is yet to recieve the same treatment as the other movies and would there also be a matching copy to complete the set at some point in time?