I guess somehow I’m an odd man out even though beyond this site I feel like the response has been overwhelmingly positive.

To address a couple complaints… One of the bigger surprises was that I had no idea this would be the funniest Star Wars film. All of the comedy was pitch perfect, I thought. And am I the only one who LOVED that Leia moment? The only scene that brought tears to my eyes.

I’m very neutral on Luke’s death, I can see both sides of that. Need to watch again.

The biggest disappointment is that they so clearly set up a story that can’t be told anymore.

Which story thread specifically? I do agree that this feels like the end of a saga/trilogy and I’m honestly fine with that. Depending on how episode 9 turns out, I am fine with this as the last film of the saga. Not a cut and dry fairy tale ending but you still feel that Kylo lost and the heroes won. I know it sounds crazy but the emotion feels that way. Not the actual galactic situation.

It seems pretty clear that Leia was going to have a big part in IX, obviously in leading the Resistance but also in mentoring Rey and most likely saving Ben.

I completely agree. Apart of me is sad that we won’t see that story thread continue since it so well set up. But she was wonderful in this and her last scene with Luke is simply beautiful. The line of “No one is ever truly gone” served both the themes of the movie and spoke measures about Carrie and her positive influence on everyone’s lives and how our princess will truly always be with us.

I love what you said here. I had to hold back tears when Luke said no one is ever truly gone …

Loved this movie. Like that leia got to use the force to save herself, she hasnt had many opportunuties to use the force over the years. Her sensing when luke died, too, is reminiscent of her connection with him in the cloud city. I wonder what they will do since Leia did clearly have a big part to play in the next movie…

I’m actually telling the truth. I also met Ewan McGregor after a performance of The Real Thing December 2014. No pic with him, just a signature. The others I got pix with.

How do u post photos here? I will show u.

Anyway, even if it is contrived, so what? Did you like ESB? Because Luke being Vader’s son is the most contrived thing in all of Star Wars. And that doesn’t make it a bad movie at all.

I was watching a show called The Evolution of the Lightsaber Duel recently and mark hamill said darth vader was originally supposed to say “obi wan killed your father” but they changed the line to say “I am your father” unbeknownst to hamill. Just thought that was an interesting aside.

I enjoyed the movie. I just wish we had more info on what happened in the last 30 years, more back story as to what happened to the characters over all these years. Hoping they flesh that out more in upcoming movies.

Good to know im not the only one who thinks the first matrix movie was the only good one!

I thought everyone thought this.

I agree with bourbon. i feel the same way about the prequels as i do about the jj abrams startrek movies. although im a longtime fan and love the originals, i have no problem with the newer movies. they are different,  but i like them. will anyone ever be as cool as han solo? no. but ewan mcgregor does a pretty awesome turn as young obi wan, and definitely comes close.

Good to know im not the only one who thinks the first matrix movie was the only good one!

Never walked out of any star wars movies, when seen individually. however, when i was in college (early 90s) they had a star wars movie marathon of the original trilogy. i couldnt make it past the second. six hours of movies in a row was just too much for me, even though they were my favorite movies.

Perhaps he thought there would be blowback to replacing Sir Alec? (And not just from angry fans.) It would be pretty hard for even Lucasfilm's spin doctors to downplay a headline such as "Oscar winning actor digitally erased from Star Wars film".

The second and third set of SE changes were done somewhat quietly compared to the very much hyped '97 changes.

i always assumed that was why sir alec was left alone. but then anakin should have been left as well, for consistency. why switch it so u have young anakin and old obiwan? makes no sense to me! ;)

I would have less of a problem with them CGing Alec and using Ewan's voice than using Ewan entirely.

neither scenario is ideal. but given the choices, i would rather age ewan than use a cgi version of alec with ewans voice. i realize anything can be cgi'd but idk how authentic that would seem, especially with the wrong voice. ewan is a great actor and did a good job of channeling alec in his performance, his mannerisms.

I will never understand why george changed the end scene of ROTJ to show young anakin but left old obi-wan. if you are going to change one, then change both or its inconsistent. same idea here. better to use the actors you have then to mix cgi with the actors, so they are all real....not some real, some cgi.

Yes, the death star playset was my fave as well. loved the foam garbage and green monster in the trash compactor!! still have it around here someplace, along with the action figures in the darth vader head carry case.

Also love my plush chewbacca with plastic bandolier from the 70s. Could never watch one of the movies without him (hey, i was about 6 when they first came out) :)

GE, i never thought of it that way. but i really like that analogy.

I think the childrens television workshop(sesame street) needs to fashion T-shirts with that grover  design on it ;)

I want it to be better than Guardians of the Galaxy.

finally saw guardians of the galaxy today. thoroughly enjoyed it. very funny. the whole time i was thinking it was marvel superheroes crossed with star wars. and then i remembered this comment on this thread. considering GOTG was a lot of fun, i would be happy with a star wars movie even better than that. :)

Yeah, it could have been more interesting...more like one of those "choose your own adventure books"....but it was still a fun little diversion :)

It would appear i am one of the few here who saw the movies when first released in the theaters. im feeling a bit old! ;)

I saw the OT and all subsequent movies in the theater when they came out. starting in 1977 and going forward. i was only 6 when A New Hope came out, so my dad took my older brother first to test it out. They returned to tell me it was the most amazing movie they had ever seen, and that i would love it. they told me of a scene with aliens playing musical instruments (ie the cantina scene) and i was eager to find out what they were talking about. so i went to see it with them soon after. and saw every following movie with them on opening weekend. :)

Came across this and thought it was pretty funny.  No more scouring the internet for rumours... now we can just make our own!

checked out the rumour generator. my favorite rumoured title for the new movie is "attack of the jawas." LOL thought it was funny that no matter how the rumours were spun, no matter what actors were slated to appear and what plot twists were set to occur.....every incarnation of the movie has andy serkis as a stop-motion alien. i guess he is the only person known for that and they couldnt substitute anyone else in for him!

Thanks for sharing. i got a kick out of this. :)

I get where you are coming from.

Perhaps Luke didn't tell anyone where he was going?  Even R2 didn't know.

so i decided to watch TESB. its my favorite, and this thread made me realize how much ive been wanting to watch it.

It is true that Luke doesnt tell anyone where he is going. the only time he mentions yoda or degobah to anyone is when han rescues him from freezing to death on hoth. of course, at the time luke is delirious, and just saying "ben, yoda, degobah" and sounds like he is drunk ;) im sure han wasnt even paying attention to what luke was saying and, even if he was, he would have no idea about yoda or the jedi anyway (so it would sail right past him).

Thanks PD, i had forgotten what Tarkin said. i think its time to go back and watch the OT. itsbeen too long.

I have never paid as much attention to detail as you guys when watching the movies. So i never really thought about who trained obi wan. i just assumed after qui gonn died, yoda finished his training. as protocol droid said, its safe to assume certain things happened even though we didnt see them onscreen. time did pass between the PT and the OT (i dont recall how much since, again, im not good about the details). during that time, obi wan clearly could have finished his training with yoda, as they both allude to in their OT dialogue.

As for yoda as a hermit, i think PD explained that very well and i dont need to revisit that. but i do find the point raised by darklordoftech to be very curious. Is it actually the case that the rebellion doesnt know who yoda is, or is it just that he has been hidden away for so long he isnt given much consideration or thought by them? is it possible they think he is dead?

I don't find the films inconsistent at all.

First, the films never directly indicate that Obi-Wan was Yoda's padwan.  What we do know is that Yoda was 'the Jedi Master that once instructed me' and that Obi-Wan was an impatient student ('Was I any different?').

However, I think the answer is that Qui-Gon was killed before Obi-Wan could complete the trials to become a Jedi, and Yoda became his surrogate Jedi instructor preparing him for the Jedi trials.

Furthermore, because Obi-Wan sat on the Jedi Counsel, we can conclude he achieved the title of 'Master'.  Perhaps Yoda was the one whom continued his training on the way to the title of Master.

This seems like a very reasonable way to explain it, and it does nothing to harm continuity. 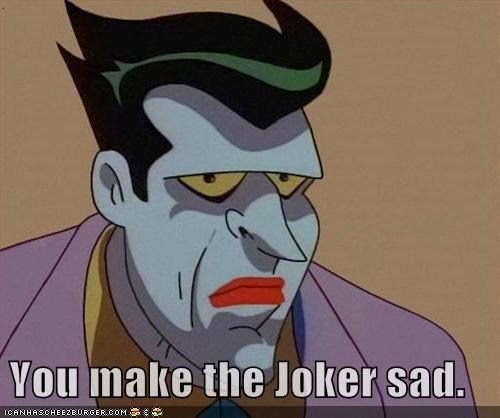 Did i miss something? ;)

Seems reasonable to me.  ;)

I wish they had cool dudes like that in our bowling alley. ;)