Why so many bans bruh? They took Duracell? A tragedy.

It’s nice to come back to this place, feels like returning home in a way. I don’t visit here very often nowadays but due to the fact that I spent so much time here a few years ago, there’s a nice familiarity with it, and reading old posts from 2015-18 is like reading a diary of sorts honestly. I actually still think about the people I talked to on here every now and then. Also, despite the banning of people like Possessed and TV’s Frink, it’s nice to see people like DekRollins and DuracellEnergizer still posting regularly. Still a cool site, glad it’s still going strong-ish.

I would never date a drinker. Since you mentioned she doesn’t feel the same way as you, I assume you’ve spoken to her about your concerns? As someone who hasn’t gone on a date in his life as of yet, I can’t give real relationship advice, but I will say this. I don’t think your feelings on alcohol are a flaw of yours. If you hate alcohol because of your experiences with an alcoholic father, that’s a completely understandable and valid reason to feel that way. She should be able to understand that at the very least, even if she doesn’t think she’ll develop a problem. Your concern is realistic.

That said, I wouldn’t know the first thing about resolving this kind of problem. If I could help it I would never let myself get into a situation like this, but if I did, I don’t know what I could do other than ask her to stop. I’m definitely not saying you should do this, but if it were me and she chose alcohol over me, I’d probably walk away from the relationship.

I hope things work out for you.

Thank you for the elaborate response, I really appreciate feeling heard and having my views agreed with.

She knows of my immense distaste for alcohol, we have a very honest relationship, I’ve told her that I don’t like that she drinks before and she understands my views. I just feel as if I’m skirting dangerously close to being the controlling type. I don’t want to basically ban her from drinking, we’re only teenagers, it’s not like we live together and it effects our household or careers. She only really drinks socially too, when she’s out with friends, it’s not like she’s dependent on it. It’s normal for her to want to drink, basically every one of my friends has and enjoys it, it’s me who’s the outlier.

She’s never asked me to stop doing something, so I just feel like a nagging boyfriend who takes things too seriously, doing things such as writing ranting posts about it on a forum made for Star Wars discussions, which annoys me as much if not more than her actual drinking.

I despise alcohol too much, like it’s had a bad effect on me (never tried it, but Dad is a bad alcoholic) but really I shouldn’t hate it as much as I do.

Right now it’s geniunely having an effect on my relationship, as my girlfriend doesn’t fell the same way. Her drinking isn’t to the point of alcoholism or even close, but she’s gotten drunk or close to it a few times (mostly when I’m not around) and it’s by far the thing I like the least about her.

It’s gotten worse since we’ve been going out, and I’m sure it’ll get even worse from here on out, especially since she’s reaching the legal age soon.

I hate the fact that she drinks at all and I wish she wouldn’t, but more than that, I hate the fact that I feel so strongly about this. She doesn’t deserve to be shamed for her choices, and I really wish there was a way for me to let go of my hatred of alcohol.

That in Darth Bane: Path of Destruction, Bane causes the very thing that his character revolves around preventing: the extinction of the Sith through infighting.

The Brotherhood of Darkness needed to be purged because they followed Lord Kaan and his asinine beliefs of equality among the Sith. So Bane destroyed them so he could rebuild the Sith Order under The Rule of Two

Lord Haseo. Your sad devotion to that ancient canon hasn’t helped you predict VIII or given you clairvoyance enough to predict IX.

Bullshit. I’ll castrate myself with a butterknife if Snoke isn’t Plagueis. I’m that damn sure.

I know you’re banned but you better get on that man. You’re already three months late.

How do you know he didn’t whip that butter knife out and get right down to work in the theatre?

I would’ve felt it in the Force.

That in Darth Bane: Path of Destruction, Bane causes the very thing that his character revolves around preventing: the extinction of the Sith through infighting.

The Brotherhood of Darkness needed to be purged because they followed Lord Kaan and his asinine beliefs of equality among the Sith. So Bane destroyed them so he could rebuild the Sith Order under The Rule of Two

Lord Haseo. Your sad devotion to that ancient canon hasn’t helped you predict VIII or given you clairvoyance enough to predict IX.

Bullshit. I’ll castrate myself with a butterknife if Snoke isn’t Plagueis. I’m that damn sure.

I know you’re banned but you better get on that man. You’re already three months late.

179 cm. I’ve stopped growing taller at this point, it’s a shame that I ended up shorter than average.

I dreamt that my Nan and I discovered a bunch of notes written by my own mother detailing her sexual attraction towards me and the fact that she had molested me as a young child. I was obviously disgusted at this, and even more so by the realisation that my father was the better of my parents (yikes). Mum wasn’t home and I dreaded how this discovery would turn my life upside down. Meanwhile, some of my friends were having a graduation (in real life I’ve only recently graduated from high school, woo) party right in my laundry. I walked in triumphantly and said “I got molested!” and they were like “ayyy” and high fived me.

I enjoyed it. It was dumb as shit but I enjoyed it nonetheless. Hated the Palpatine reveal, Rey being a nobody was my absolute favourite thing about TLJ, to see it retconned was saddening, but meh, it’s just a movie. I’ll probably watch it a couple more times regardless of my problems with it.

I actually had to look that term up. Yikes.

Was the bus driver aware this guy was threatening you?

I think so, but he couldn’t exactly do much since he was driving at the time. He didn’t say anything, but neither did anyone else. I feel like they were either scared of him like I was (there were families and everything on the bus, with small children who they probably didn’t want falling in harms way) or they didn’t see what was going on exactly, maybe they thought I had goaded the dude into yelling at me. 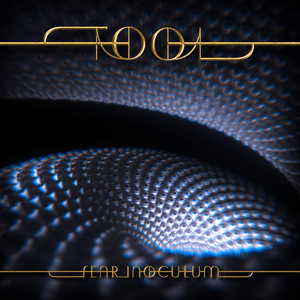 As a big Tool fan I was pretty hyped about this album, and thankfully it turned out to be worth the wait. Obviously since I was five when the last album came out I haven’t eagerly awaited the album for thirteen years, but it’s release still felt like a big event to me.

I enjoyed that all of the songs were ten minutes +, with the exceptions of the interludes, which don’t add a whole lot but are nice to have. It’s almost tradition at this point for Tool albums to have extraneous instrumental interludes. Sadly they aren’t as memorable as pieces like Intermission or Eon Blue Apocalypse from previous albums, but they’re nice to have anyway.

The songs themselves are insanely good, my favourites being Pneuma and 7empest (corny title aside), which seem to be the popular choices across the internet, but really all the songs are incredible.

So far I wouldn’t say that it’s on par with 10 000 Days, my favourite Tool album, but it I still in the same ballpark.

Well worth the wait, I’ve listened to it something like ten times so far.

I was harassed by this ice junkie dude in the bus yesterday. I thought that his expletive filled muttering were him talking to a friend on the phone but then he stood up and yelled at me to “fuck off” despite me having not done anything. He swung his backpack at me a couple times but I wasn’t hurt. He looked to be in his mid twenties but he had cold sores all over his face and was missing several teeth. I decided to get off the bus at the nearest stop and as I stood up to do so he thought I was going to attack him so I had to tell him that wasn’t my intention. As I walked off the bus he shouted at me to “go back to England.” I’ve never stepped foot in the UK all my life. 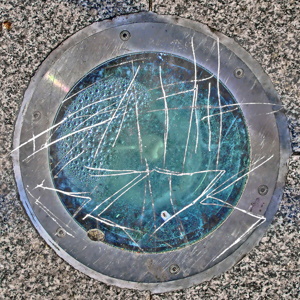 It’s ascended to my favourite Death Grips album as of late. As always I love Rides vocal performance on all songs, and Flatlander do great with the production side of things. I love the Björk samples on disc one, they fit the music really well and give it an extra layer. There’s actually a tonne more live instrument usage on disc two which is also a nice addition. On GP is a great way to end the album and Death Grips 2.0 provides a great postscript/coda.

Great album, I highly recommend it.

How did you manage to see it so early?

Came out on the 24th in Australia.

I wish the people were still here.

I got my braces off, actually after less time than I expected. My teeth feel so smooth now!

Alien 3 is one that I love, maybe more than Aliens. Back to the Future 3 is pretty good too.

Watched all of Community, which I enjoyed a heap, particularly seasons 1-4, after which I feel it lost a lot of its charm. The loss of characters didn’t help either, but it was still good. The finale was extremely creative in particlular.

I enjoyed it quite a bit. I ended up seeing this later than I’d hoped because I missed my train to the cinemas the first time. Anyway, it was pretty good, I’d rank it fourth out of all the Spidey films.

Six out of ten.

I snuck into the house of a girl who goes to my school and brutally attacked her with a metal baseball bat while she and her boyfriend pleaded for me to stop. Once I’d killed her I started screaming in remorse since I regretted it. I woke up feeling both relieved that it hadn’t actually happened and disturbed that I could dream of such a thing.

A bit over a week ago I worked up the courage to ask out a girl that I’ve liked for a couple of months, and she said yes. Despite being seventeen it was the first time I’d ever asked out a girl, and I’m glad that it was worth it.

Have you ever heard of ‘You’re the Guinea pig’? It is an obscure PSA believed to originate from Singapore, in which a man is strapped to a chair whilst being forced to take a drug which makes him violently convulse until his eyes roll into his head! All the while accompanied by some unnerving music which was either made for the PSA, or has completely faded into obscurity.

PS, I have no tolerance (or guts) for seeing it again so please don’t add any pictures or gifs.

Man, shit like that used to freak me the hell out. It probably still would, I just stopped watching.