Gorgeous! Would love a link!

Killing it as always, Spence. Can’t wait for your final version! Your edits are always worth the wait.

As for the bat chase…I’d say keep it upside down, personally. It’s a pretty iconic shot. I do like cutting Batman leaning his head in though.

From other feedback I’ve received, I’d say you’re right. My next update should have the scene upside down once more.

I’d also say make the cut from Penguin’s reaction to slamming him against the wall just a tad snappier; something just feels a bit off. Perhaps either the sound effect feels like it needs a tiny bit of overlap to smooth the transition or the reaction shot could be trimmed. Something like that. It’s already good. Just a nitpick.

Good idea! The timing of that is the same as the original, but I agree it could be snappier.

Thanks for the kind words!

Great idea! There are some pretty great covers of that music too. I believe Green Hill Zone has a jazz cover that might go well with your edit. You may be able to pull a good stereo mix of some of them.

PLEASE NOTE: This is a WIP for my fanedit of “The Batman”. While some scenes will be released, the full fanedit will not be released until I can get my hands on the 4k Bluray. 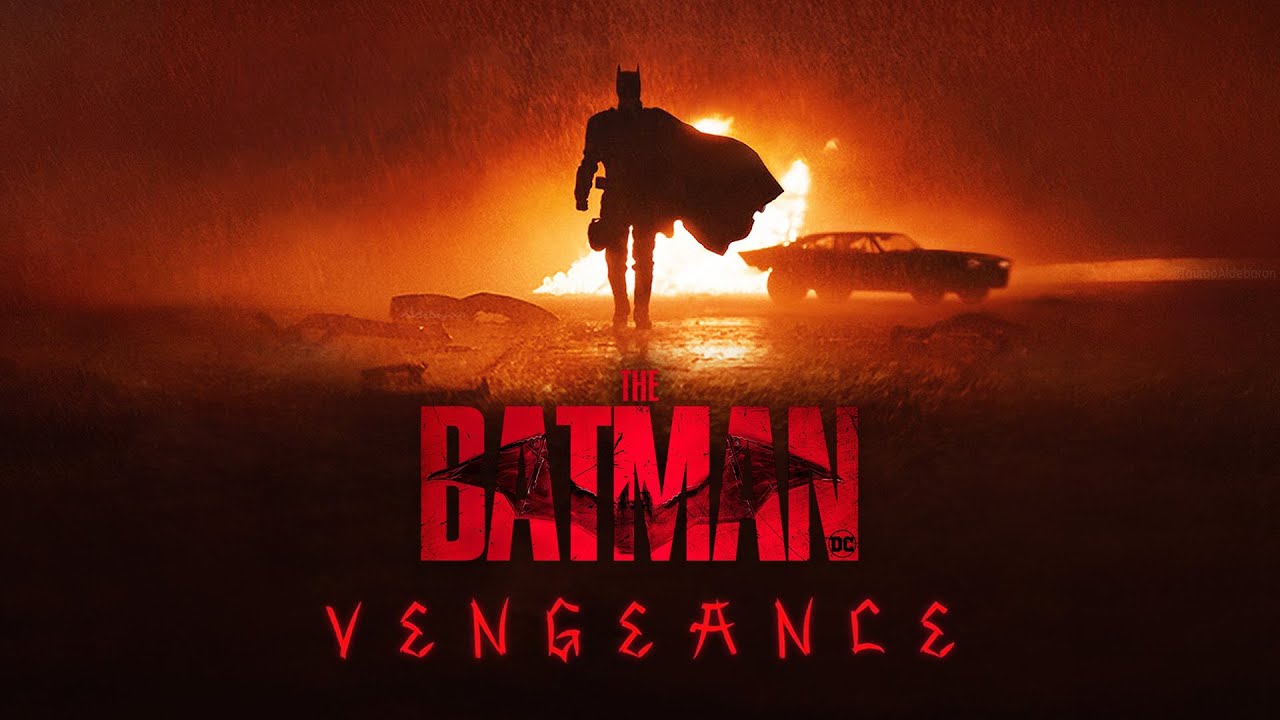 This is a comprehensive fanedit of that attempts to restructure, re-edit and rescore areas that felt unearned, bloated, or that otherwise took me out of the film.

Chapter I: No More Lies

Chapter IV: Renewal is a Lie

Chapter V: Sins of My Father

*¹ - Title Cards have been added throughout. The reasoning is because of the more unconventional way Matt Reeves has decided to structure his story. While the film still has a normal 3-Act structure, he also decided to break up different arcs throughout (IE. Thomas Wayne’s criminal connections, Gil Coulson, Riddler’s capture, ETC.). I believe Reeves was attempting to tell a story similar to how a comic book storyline is handled; several issues making up one larger story. Chapter Cards are, in my opinion, also an excellent (albeit trendy) way to handle a longer film. The title cards all pay off during the scene where Bruce spray paints the ground of his home with the names of each Chapter.

I also recognize there may be too many chapters. I need to work out a way to condense them, but also have this payoff:

If you have any feedback or ideas, please let me know!
…

Excited to check this out, mate!

You are in the wrong Discussion Category.

Would love a link for this! Thanks for your hard work!

With five hours of content, you could consider a film trilogy. Whatever the case, I think Westworld is in desperate need of a fanedit and I am curious to see what editors might come up with.

Yeah, the first season is very dense with a satisfying ending. You could definitely turn it into a Duology or a Trilogy.

Die Hard and 24 are two of my favorites. Would love to check this out!

Great job on cutting this down. Curious as to why you chose to leave out the ‘Vader attacking through fire’ scene?

Oh, duh. We talked about this. Wouldn’t work because of the scene with Poe and Lando.

What about during when Rey is trying to connect to the ghosts at the end? Sort of a way to say that Leia was a mediator between Rey and the ghosts?

Hi Hal! I’ve been away for a few months (life’s been nuts), so just wanted to check in on if you were still planning to do a Rey Nobody cut. I’m glad you were able to find “a good middle ground” for the KoR voices, I hope I was able to contribute something helpful between that and the fleet scene audio.

Thanks again for all your work!

He mentions the possibility here: https://originaltrilogy.com/topic/the-rise-of-skywalker-ascendant-released/id/71835/page/250#1371677

What a great improvement over the original! Thanks for your hard work. Dunno if I have the clout here to make suggestions, but I thought I’d shoot for it anyways (given how minor it is).

What if you moved Leia’s body turning to a ghost earlier in the film as opposed to near Kylo’s death? It would keep the consistency of Jedi turning to ghosts immediately after death and wouldn’t conflict with her added “always” ghost dialogue during the Be With Me scene at the end.

Thematically it makes the most sense for her to disappear after Han disappears from Kylo, as that was the last of her life/energy she used: to send Kylo a memory of Han.

Damn, I actually love that!

What a great improvement over the original! Thanks for your hard work. Dunno if I have the clout here to make suggestions, but I thought I’d shoot for it anyways (given how minor it is).

What if you moved Leia’s body turning to a ghost earlier in the film as opposed to near Kylo’s death? It would keep the consistency of Jedi turning to ghosts immediately after death and wouldn’t conflict with her added “always” ghost dialogue during the Be With Me scene at the end.

They are pretty hard to come by, but you could try to find the deleted IW scenes of Hulk in the hulk buster and Smart Hulk meeting Black Widow after the battle. Then you could leave out the Endgame re-introduction for Smart Hulk. The CG isn’t finished on them, and I’m not sure what quality you can get of them, but I think it’s a better intro for the character.