Why would you use production stills to regrade a film???

In this film’s case I’d see no point. However, with films that either have differing palettes in their various releases, or those that have been modified over the years and with no theatrical source as a reference; production stills can offer some clues as how the image looked in its neutral form.

The Mary Sue argument is not indicative of a personal attitude against women. That is ridiculous. A person can think that Rey is a Mary Sue without thinking that all other strong female characters are Mary Sues.

I wasn’t talking about the argument as a whole, I was refering to it in the context of ST criticism. As it turns out, in those films there’s no proof that Rey is some kind of overpowered protagonist with no flaws. She doubts herself constantly, characters can best her physically, and the bulk of The Last Jedi consists of her and other characters failing to do things. So naturally, her being described as Mary Sue raises a few eyebrows.

The Naked Gun 3 (I know that’s not the full title but I’m too lazy to change format), Return of the Jedi (warts and all), The Good, The Bad and the Ugly, In The Mouth of Madness (thematic trilogies, so we’re cheating here), Samurai III: Duel at Ganryu Island; and that’s all as far trilogies go. In longer franchises, there are much more.

I’d say Day of the Dead too, but there are other 3 films after it, perhaps we can regard those as a separate trilogy?

This is something that has been bugging me for a while. As we all know, the fate of those being thrown into the pit is to be slowly digested over a period of a thousand years. At first glance, this would seem to be one of Jedi’s silly ideas (isn’t funny how long the torment lasts?), something that is very much in line with the “comical” torture of the Gonk droid, and the cartoon screeches of those falling into the pit.

However, isn’t also conceivable that a creature like Sarlacc is Force sensitive, and is able to extend the lifetime of its victims? We know that Jabba for instance, is able to resist the Jedi mind tricks, so it’s not out of the question for a monster to employ Force-related abilities. The idea of an unnaturally long lifespan isn’t so incredible either with Yoda lasting 900 years. We don’t know if this the natural lifespan of his species, or a result of his abilities with the Force, but the concept is present.

But then if it were the case that the Sarlacc is indeed using the Force to keep his victims alive for centuries, why would it do this? Because it’s the necessary time for his digestion? To keep from starving to death? Or perhaps, because it’s a sadistic creature. Lending credibility to that idea would be the Emperor choosing to kill Luke in a slow, painful manner insead of destroying him as quickly as he could with his powers.

If the intention is to present the film as scripted, turning the world backwards is the way to go. Of course, in order for this to truly work you may want to re-cut the first film so Lois doesn’t die, thus preventing repetition; also the release of the villains took place in the first film in the original conception.

It would make the film more appealing to those with disintegration fetishes, and perhaps it would add an iota of realism.

I’m interested in the Superman II cut. What exactly do you mean by complete? Will it have every bit of footage shot by Donner, including the deleted scenes and additional material found in the TV cuts? Will it be reverting to Lester scenes only when no Donner equivalent is present, or is it a combination of Donner and Lester footage?

By “Complete” it’ll be following the shooting script when Donner was directing at the time,so yes it’ll be having every bit of footage that Donner directed while also using some completed scenes from the lester cut (as long it’s in the script but if not i’ll have to make exceptions) all deleted scenes,along with some tv footage (poor quality but meh i used worse footage for my director’s cut of BF so consider my “complete” cut the bootleg edition like “Bruce Campbell Vs Army of darkness” 😛) & recreating some moments that were moved to the other superman sequels such as the lovestruck superman straightening the eiffel tower back into the film.

Oh I see, that’s a good idea. There’s a deleted Lester scene that was in the shooting script, where Super makes a souffle with his heat vision. That appeared in the TV cut, and was presented in OAR in the Superman II blu-ray.

I’m interested in the Superman II cut. What exactly do you mean by complete? Will it have every bit of footage shot by Donner, including the deleted scenes and additional material found in the TV cuts? Will it be reverting to Lester scenes only when no Donner equivalent is present, or is it a combination of Donner and Lester footage?

Add the song Komm Susser Tod to the ending.

I saw it too, and I thought it was the most ridiculous installment since Godzilla Final Wars. Definitively not the worst installment, but still far below the average Toho film. I’m surprised the audience reaction is so positive. The most I can say without getting into spoilers, it’s that it’s glorified fan fiction.

Hi there, I just finished synching up the English dub for Godzilla’s 5th entry to its Japanese version. Since this dub corresponds to the heavily altered US cut of the film, much re-arranging had to take place. It was also a requierement to revert back into Japanese whenever a scene wasn’t dubbed (this is only a few minutes or so). Think of it as though it was a restoration of a partially lost movie.

The resulting .aac file (192kbps) synchs to Toho’s BD of the film, so it fits if you intend on creating a multilanguage file. Let me know if interested.

IsanRido said:
Also, not sure if I’d consider this radical, but I’d open Return of the Jedi with the Emperor’s arrival. Seeing Luke’s introduction as a shadowy cloacked figure would be an interesting paralell if we already met Palpatine by that point in the film. And naturally, it would get rid of the uneventful “Permission to land” opening.

You can just use the opening as is and have the Emperor arrive instead of Vader. And for extra cloaked figures you can cut from the Emperor to Luke’s deleted cave scene.

Yeah, that kind of transition is necessary. Jedi is the first film in the franchise to have editing problems, most of which are carried over to subsequent installments. As such, I believe the third act would benefit greatly from reducing the alternance between Endor, the space battle and the throne room scenes. Ideally it would go like this:

A more radical idea that has been discussed a lot is not having Leia as Luke’s sister. Which I think could work for a good number of reasons, but there a few things to take into account:

Yeah, I think attempts have been made over the years to make the Star Wars Vader more like Empire, but I prefer his more expresive, crude version to the refined one from the sequels.

Also, not sure if I’d consider this radical, but I’d open Return of the Jedi with the Emperor’s arrival. Seeing Luke’s introduction as a shadowy cloacked figure would be an interesting paralell if we already met Palpatine by that point in the film. And naturally, it would get rid of the uneventful “Permission to land” opening.

What about that lady that says “It’s blowing up from the inside!” in The Phantom Menace. Do you remember the scene, do you remember that character? What’s her name, is she canon, does it even matter?

How on earth are people still interested in talking about this?

Because clickbait videos about Star Wars are most profitable?

I use A New Hope mostly for practical reasons, but I much prefer to call it plain Star Wars. The Empire Strikes Back and Return of the Jedi are both great titles, and I love hearing the narrator in the trailers gleefuly announcing them. Why can’t we have that in the new trailers, they’d get me so excited about the films.

The Phantom Menace I don’t think is such a terrible title. Having “Episode I” preceding it makes the title seem more ridiculous than it is. If it was simply Star Wars: The Phantom Menace it would open up a lot of interesting possibilities. Attack of the Clones is plain deceptive, I’d expect a truly awesome throwback film with intentionally campy dialog and production design from it (perhaps the title and crawl could have been fashioned in a font different from the norm that was more suited for that idea). Revenge of the Sith would make for a much compelling title if we knew what they were having revenge for.

The Force Awakens does start out nicely by breaking the “X of the X” pattern, but at the same time it feels like an obvious soft reboot title. I suppose it was the most logical choice for the time being. The Last Jedi is another deceptive title, which would seem to fit the film’s main drive to subvert expectations. However, on a closer examination it does make a lack of focus evident (the storyline about the Jedi hardly provides any more impetus than the other 3 stories at play).

And naturally I despise having “A Star Wars story” as part of the titles. We’re already reminded they are that because they exploit the tropes and imagery of the franchise. I would have gone with something like “Rogue One: Or how we stole the plans to the first Death Star”.

I’d do a TV show edit of the OT, with occasional flashbacks to the prequels (by which I mean all of them). This is roughly what I have in mind:

You didn’t see George talking about how god awful the OT was while promoting the PT.

I did see it! Good old George kept refering to the Original Trilogy as “unfinished films” and kept talking about how much happier he was in the cold and controlled enviroment of the prequels.

Jet Jaguar for the win! A superhero who’s never murdered anybody: 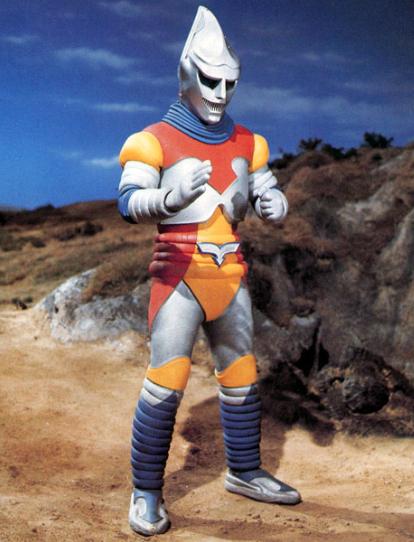 Love everything about this one: 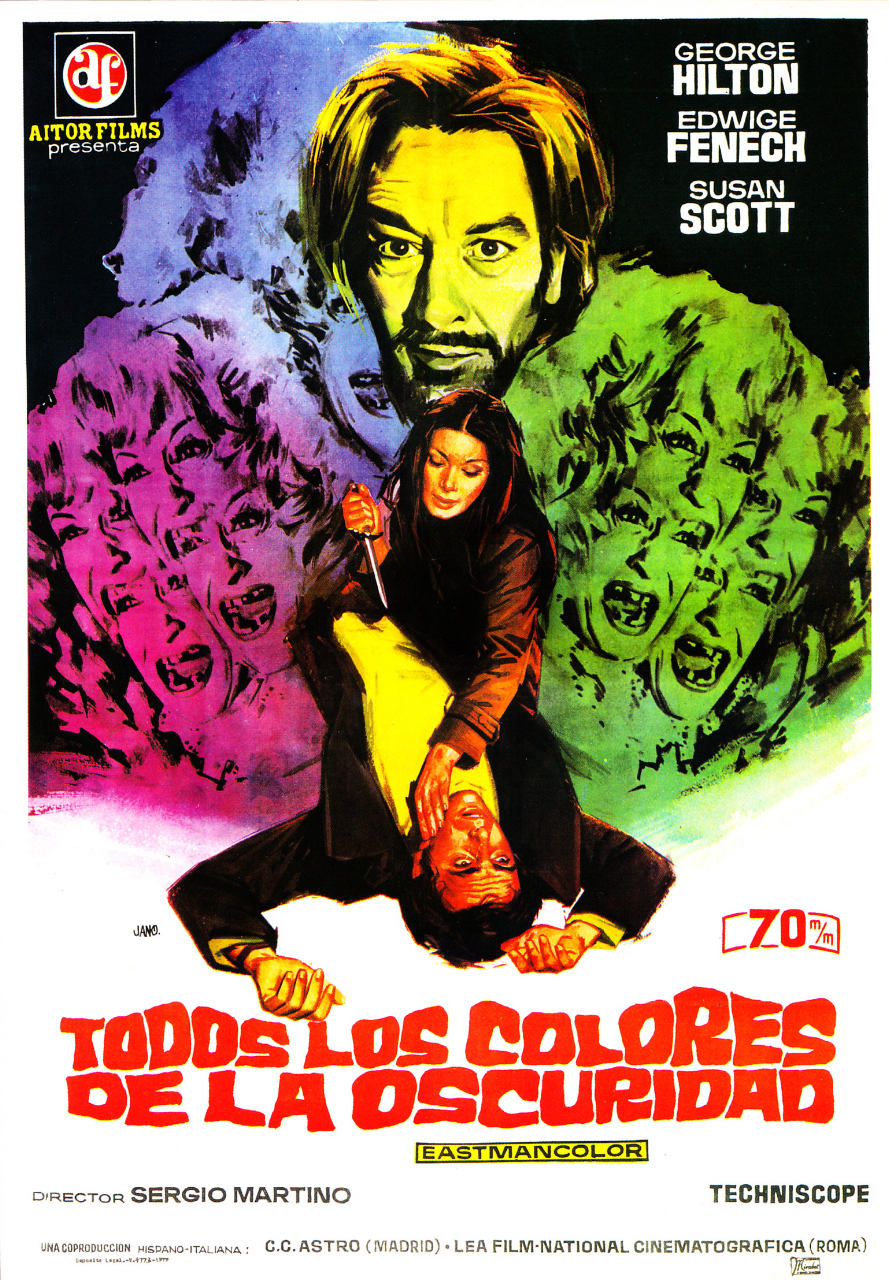 It’s hardly anything worth of notice if one was to divorce it of its context in the Star Wars franchise, but the within oddities and relation to the first film make it historically valuable. So, boring as it is, I can’t bring myself to say “Don’t you ever watch the Holiday Special”.