Well, in light of everything, I’m done posting here.

Jodie’s doctor reminds me a lot of Sylvester McCoy’s.

That’s an interesting comparison I haven’t really heard before. Would you care to elaborate more on it?

The festive edition of Doctor Who will be shown on New Year’s Day on BBC One instead of Christmas Day for the first time since the drama’s return in 2005.

Not really a fan of this change. From what I’ve read, this is the kind of situation where, once the give up that time slot, they’re possibly never going to be able to get it back. And, when this rumor was going around a few weeks ago,
the reason stated was that Chibnall thought all of the Christmas plot ideas were tapped out. Which is… strange. It doesn’t need to be about Christmas to be broadcast on that day. And several of them have only had a passing reference to the holiday.

This would also explain, perhaps, why Chibnall initially refused to take over for the last Christmas special. Moffat stuck around to produce yet an extra Christmas special, specifically to make sure Doctor Who kept that time slot. Oh well, thanks anyway?

Yeah, the production of this show is a freaking disaster. Twice Upon a Time was written in about two weeks, and it shows. 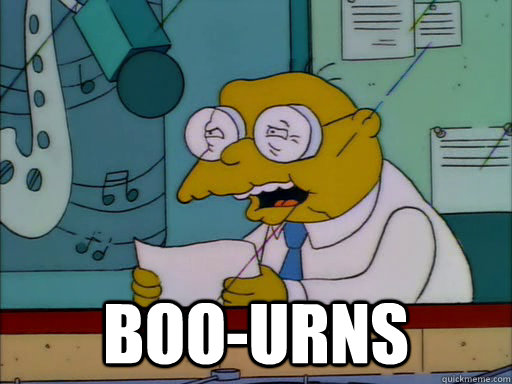 Just to show you the range Hartnell had, here’s him playing a sergeant (as he often did) totally unlike the Doctor.

I’ve seen all of what exists, other than The Invasion and The War Games in full (but I have seen clips of the important bits). He’s definitely great in his own right, but he has a different sort of presence to him. I’ve previously stated he’s my favorite of them all, but after revisiting Hartnell’s era recently, I really enjoy his characterization. It’s a shame that whenever they want to try to go back to it, it doesn’t fare so well with viewers (Colin Baker, Peter Capaldi).

Hartnell made his presence known, Troughton disguised his cunning into foolishness. But both are great. Of all the eras, the 60s are what I’d most want to rewatch.

Anyone see the new episode? Another quasi-historical, it seems. I haven’t seen it, but finally watched last week’s episode yesterday… it was better than the spiders, and I actually liked the monster. Still not extraordinary, but it was decent. I still didn’t really feel anything for the characters. Oh, and I still miss Capaldi.

Also been watching the Hartnell era, most of it for the first time, and I just adore it. The Rescue and The Romans were both extraordinarily good, and legitimately funny in the case of The Romans. I’m waiting on receiving more DVDs of his, but I expect even the more maligned stories like The Gunfighters to have something for me to enjoy.

So why do I love Hartnell and don’t particularly care for this new series? It’s all in the writing, the characters, and the tone. There’s a lot more time spent just getting to know the characters, where they just goof off for a good five minutes, and Hartnell has a lot of presence that Jodie just can’t match (and I don’t really think any who have followed him have). The stories are witty, and don’t take themselves too seriously, which is just a joy.

By contrast, Chibnall seems to be taking these generic stories way too seriously, and doesn’t give enough for our characters to really do. Jodie still hasn’t established her Doctor, and I’ve been able to insert other Doctors into her place and the story remains relatively unchanged. It’s just so generic by contrast, which is kind of crazy given how ridiculous the concept of the show is. 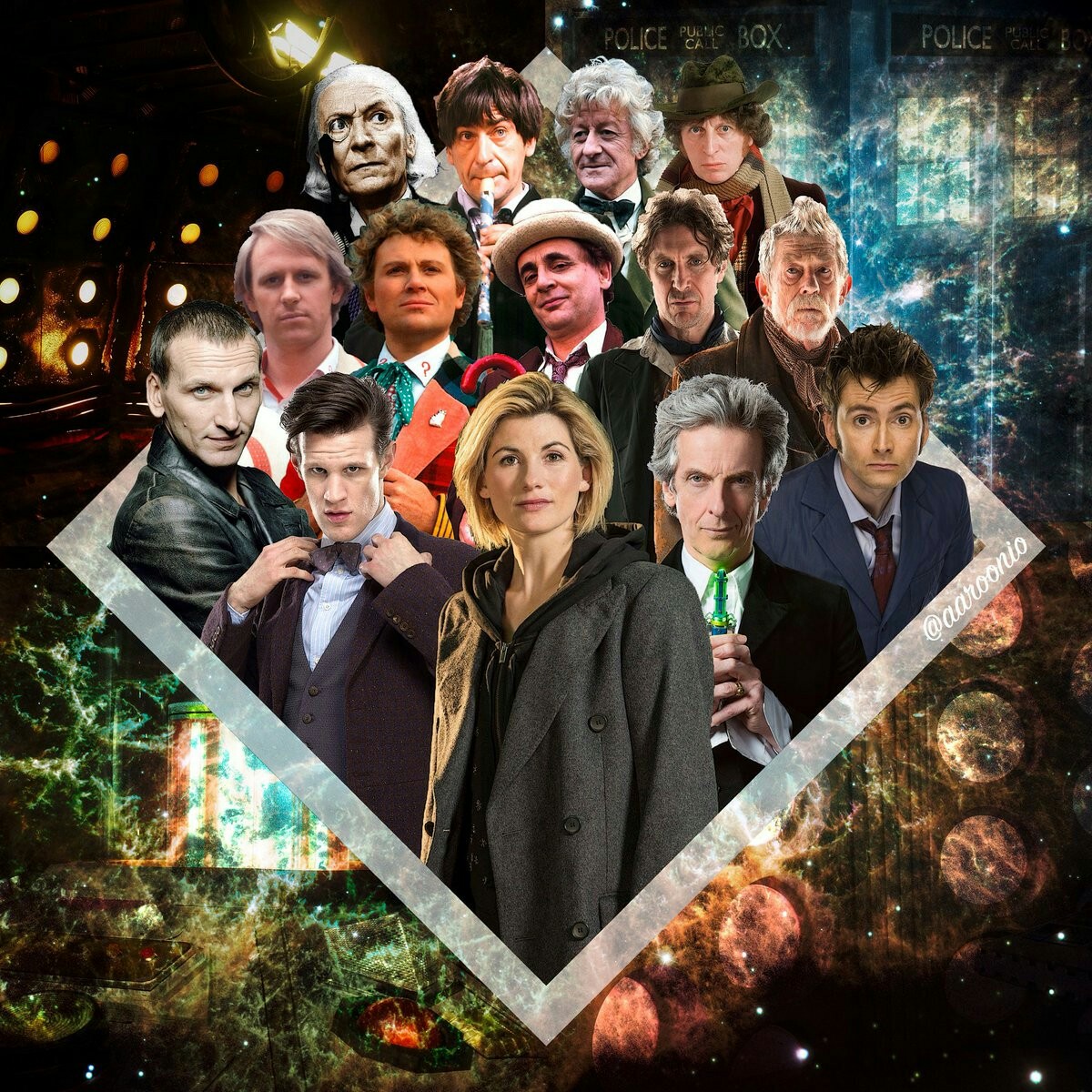 Sorry to hear. Hopefully it will pass, but I always encourage introspective thinking to better understand oneself. If you don’t feel better soon, I hope you’ll be able to figure out why.

I missed something… what are you protesting?

I think the casting of The Fog remake speaks for itself. 😉

I try and I try to forget …

I didn’t even know there was a remake. Now I have to forget it.

I lament the fact that Capaldi didn’t stick around another year. Supposedly, he had the option. Much of his era was beset by production troubles (Jenna Coleman’s indecisiveness causing hasty rewrites, no 2016 series, etc. etc.) and he never got a fair shot. I always liked his edge (series 9 onwards, they tried way too hard his first year) that seems to be lost in Jodie’s portrayal. We’ve gone back to another childish Doctor. To be fair, Jodie hasn’t had a proper chance to prove herself yet, but still… Capaldi’s performance was masterful.

I saw North By Northwest for the first time the other day, and it was much more fun and breezy than I expected. You can really draw a straight line from that to the Coen Brothers.

Even the odd numbered TOS films have something going for them that they’re enjoyable enough for me. Search for Spock is definitely the best of them, but kind of just ends up being a “bottle episode” to explain why Spock is in #4. TMP is great but needs a tighter edit and more character moments. Final Frontier has the great character moments, and some great themes, but is filled with just too much silliness for it to really work.

Honestly, as time goes on, and I keep seeing what they’re doing with Trek now, those movies only get better and better.

The Undiscovered Country was a great way to end the series… only it wasn’t.

Also, don’t expect much from the TNG movies.

Can’t go wrong with a Sony Trinitron. They were top-of-the-line CRTs, and I got mine for $15. It looks much better than my cheap LCD screen, but it bares to keep in mind that it’s not HD, so newer sources looked blurry.

I’ve got a few doodles I drew when I was bored in lectures over the past year or so. You might recognize the first one.

A few days ago I started watching the original show again, and found my original doodle looked a bit more like an older Spock. I can’t quite figure out how to draw Kirk.

Very cool to find out that your avatar is your own work.
Makes me feel like a chump… I should get back to work.
*Ray now nervously awaits the expected non-response from someone he admires…

Thanks, and good luck on yours. And if you mean to say I’m the someone who’s admired, haha, I appreciate the sentiment, but I’m not worthy of admiration, really.

My good friend (who may be the woman I love…) had a major setback, and there’s nothing I can do to help. I feel just as helpless as I imagine she feels right now. Poor girl can’t catch a break, and it kills me.

Damn, I understand how you must be feeling.

This lag is not present when you directly connect it to your TV (not to the reciever)?

Been looking back at Capaldi moments… It’s a lot better than I remember. I wish I appreciated it more. It’s still too early to weigh judgement on this new showrunner, but there hasn’t been an absolute masterpiece of an episode yet to compare to the heights of, say, Vincent and the Doctor or Heaven Sent. Rosa comes close, but I don’t think it’s quite there.

The way the VHS and Laserdisc releases were made doesn’t really make them a great color reference. They were made from low contrast prints and color timed in a way to make for ideal viewing on the CRT televisions of the day. Not something you want to look at if you want a reference for the original theatrical colors.