The subtle pink cast has been completely removed, which is great, but I kinda like the grain. Is there any possibility of releasing a version of 4K77 with the colour timing of the DNR version and film grain? It would be the best of both worlds.

I’d very much like such a version as well.

So to get to roughly the same place colorwise, at the very least I have to render it all out to DPX again (this time without the DNR), run it through my PF Clean project again, and then render it out of not one but two After Effects project files.

And that is the problem with all these lovely images people have been posting. Until they’re feasible as video, they’re not particularly useful.

They’re all feasible. It’s just a lot of work.

Hopefully, they never dare do that to the Indiana Jones films, as the dissolve from the Paramount logo into the prologue is a signature of the series!

I can live with the 20th Century Fox logo gone from Star Wars.

But this is just offensive.

The fanfare was written for Star Wars specifically

Uhm, wrong? Even the recording of it found in the movie itself is from the 50s.

I always heard that the extension of the fanfare (the part that plays over the lucasfilm logo) was written by Williams for Star Wars, but that fox liked it so much they continued using it. Is that not correct?

One of us has Lucas in their name, a picture of Lucas as their profile pic…

Anyway VFX for the sake of VFX isn’t a bad thing.

Are you sure you’re not George Lucas?

I had an idea for a radical edit of episode 7 that I’ve started to work on, where I have tried to integrate some of Captain phasma’s scenes from 8 into 7, specifically her duel with Finn, and some of the Rose, DJ, Phasma scenes.

(I dont have the vfx skills that I need.)

I want to take some of the Finn, Rose, DJ stuff and put that into 7,

ie Finn and Rose (both imperials in this edit) try to escape the 1st order together. Phasma catches them, kills Rose, and then sends finn to “re-integration.” Ie his mind is wiped.

So, is his interest in Rey real? Is it a remnant of a past memory of Rose? Adds depth to both characters.

The next time we see Finn he has his breakdown on Jakku, escapes with Poe, etc.

I would love to integrate Finn’s duel with Phasma into the destruction of Starkiller. (She escapes the compactor and tries to confront finn.)

To me, Finn being underutilized in both movies was a real downer. They had a real opportunity to show the Star Wars universe an unfiltered view of the Empire’s/1st order’s cruelty from a soldier’s perspective. What is life like for imperial citizens etc. they squadered it.

The only problem with killing off Rose is she’s confirmed for Episode 9 and we don’t know how big a role she’ll have.

Fantastic again DrDre. It really is making me oddly emotional seeing these frames the way I always knew they could look, but couldn’t quite get there on my own with the Blu-ray. 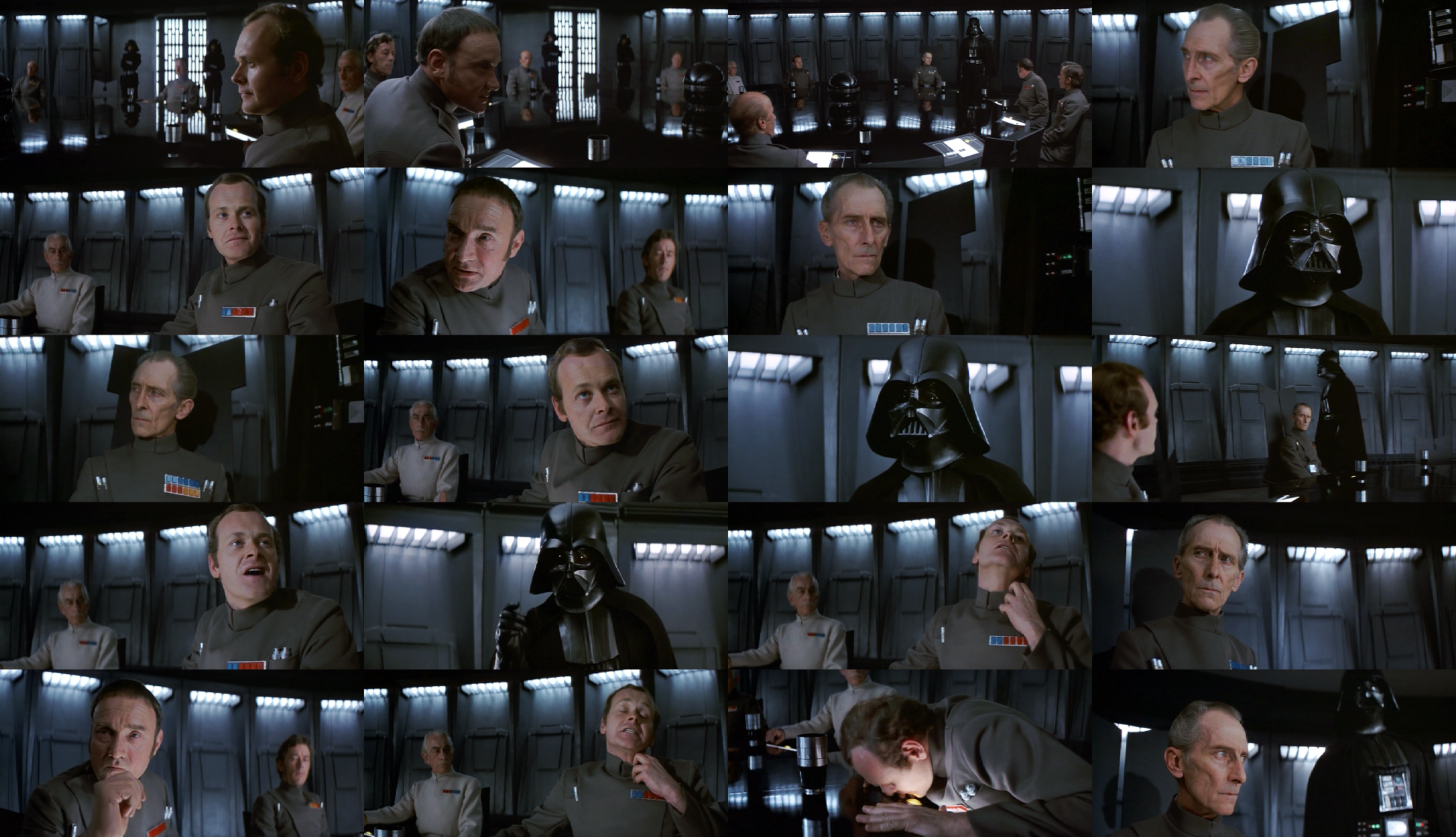 THANK YOU for not making this scene overly blue. I feel like I’ve been saying for years a naturalistic approach is the best way to go. 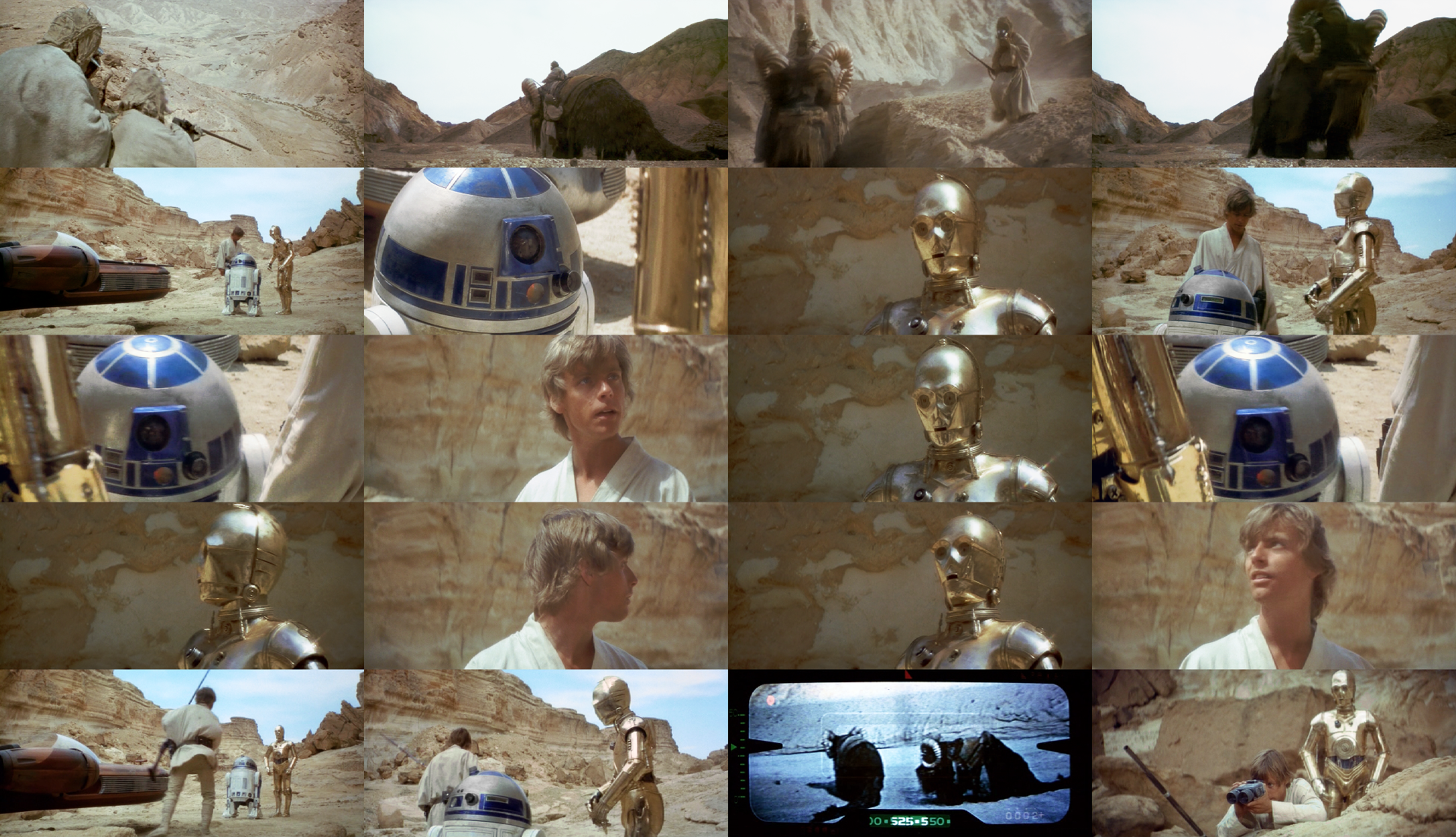 This is the first time I’ve seen this scene where the colors and skin tones look natural. Kudos DrDre.

However when asked about it, the guy presenting said it was just for archival purposes and there were no immediate plans for a release.
That was 3 years ago though, so who knows.

removed by moderator - please do not quote or engage any spam posts you may come across - just let a moderator or Jay know. Thank you.

In other news, you can save a bundle on car insurance by switching to GEICO!!

I’d say maybe reduce the opening of episode 3, not cut it. The dooku scene is kind of important.

I’m glad to hear there is still behind the scenes activity on this. And it seems like if this Disney fox deal goes through, it’s a shoe-in for release.

I am curious, for these future events you are being asked to speak at, when you have concrete information on those and if it’s a publicly accessible event, if you could let us know, I’m sure many of us in the Hollywood (or otherwise) area would love to come support you and hear you speak.

Well Ady is already planning to reshoot big chunks of the Endor battle to include more rebel badassery. I’m sure there are a number of 501st guys who would be happy to be included to make the troopers seem a bit more capable and formidable as well.

It’s worth noting that the avchd versions are meant to be burned onto a DVD.

I’ve done a quick color correction of the first reel of poita’s 1997 SE scan, which also serves as a color reference next to the technicolor references for my regrade. Here are the Tantive IV shots and a few Tatooine shots as a bonus:

Not necessarily an error, as it probably is how it was graded in the first place, but seems the closeups of that one rebel soldier have noticeable more mint color in the walls than surrounding shots.

Hey guys, I’ve been following this project for a while but just downloaded on my Mac, but am having some problems downloading. I used the multiple part RAR download method, and I followed the steps, downloaded updated all of the software necessary, and had all of the files from the free rapid downloader in my folder. However, when i tried to extract the files using Unarchiver and one other extractor for Mac, it said that the movie couldn’t be played. I’m not sure what to do, considering I followed the instructions. Any suggestions would be much appreciated.

What program are you using to try and play the file? In my experience Quicktime is pretty hit or miss with these MKVs. Try downloading VLC player and try on that. I’ve had better luck with it.

I have the Harry Potter blu-rays, and my version of Philosopher’s Stone (perhaps imported from Canada) just uses clever camera angles every time someone mentions “Philosopher’s Stone”. I don’t know if I’ve ever seen a version of Harry Potter and the Sorcerer’s (Philosopher’s) Stone where they actually show them saying that phrase on screen.
Explanation: The BluRay version always cuts to a reaction shot from another character, or there’s a door in the way, etc. I thought that Mr Columbus used clever camera angles from the start.

They say it visibly on screen several times in the US Sorcerer’s Stone version. I figured they just shot all those scenes twice for the various versions.

I personally hate “Sorcerer’s Stone” because 1. It’s just plain stupid because the Philosopher’s Stone is a pre-existing bit of folklore. and 2. It’s insulting because it was only put in place because publishers thought American kids were too stupid to know what a philosopher was.
But I’ve never gotten a hold of an NTSC version of Philosopher’s Stone. I did a sort of shady download of an mkv rip once (I own the US version on bluray, dvd, and vhs so bite me. They have my money) but never actually ended up watching it all the way through before my harddrive I had it on bit the dust. I wish they would sell a bluray with both versions on it, so people could take their pick, rather than be limited by where they live.

I’ve just seen another listing on eBay. Seems to be a regular occurrence of late… it’s just unbelievable that these people don’t seem to have a conscience about scamming people and making money from other people’s hard work.

Reported. I mean at least this guy is only asking £3, unlike most other people asking a fortune. Still effed up though.

I initially posted in the wrong thread and was redirected here. Sorry about that.

Huh… well that is annoying. They went out of their way to sell toys (its not even integrated into the story like ewoks, just “there” like the PT).

Anyway I kind of liked the red arm, gave 3PO more depth. But either way (gold in TFA, red in TLJ) I would of preferred.

That’s really the thing for me. I wouldn’t have minded if they just never even addressed it in story. Like, oh this is just a casualty of war that happened at some point in the last 30 years, like his silver leg in SW. But they go out of their way to draw attention to it “you probably don’t recognize me because of the red arm”, only to have it rendered completely pointless by him ending the film with his regular gold arm. If his arm stayed red for the foreseeable future and it was never really acknowledged or made a big deal of, that would have been fine and added to the realism of the universe.

It’s just easier to make it gold in his few scenes of TFA than to make it red in every film going forward from that point.

He tells Artoo near the end of TFA that he “must get [his] proper arm reinstalled” and the last time you see him (as the Falcon flies away at the end), he has his gold arm again. No continuity error, but it’s very subtle.

Yeah, not a continuity error, just a stupid toy-selling tactic.