Hi DMC - Emmet Otter is my gal’s all-time favorite Christmas special, so I’m sure she’d love to see your version. Could you please PM me the link so I can surprise her with it later this year? Thanks!

Hey, PM sent your way. It’s a great edit by Philfrog (not my version to be clear, I’m just keeping it alive by sending links). Hope you both enjoy!

DMC, I’m not seeing too many post-received thank yous here so I’ll offer mine. Thank you 😃 You’ve been keeping this alive for everyone for over half a year now. Very cool of you!

Hey WXM, thank you, that’s much appreciated! 😃 Out of the 8 people I’ve sent this to you’re the only one who ever thanked me 😆. So that’s cool of you as well.

Count me in for the link! PM me!

Could I get the link also?

Anyone got a link to share for this? I would love to see this version of a childhood classic.

I feel bad for people getting into Star Wars for the first time. A lot of them will be confused about which movie to start with, and even if they do start with the OT, they’ll be stuck watching the Special Editions.

It saddens me. There was this big wave of YouTube videos of people reacting to Star Wars for the first time. They were enjoyable to watch, but every one I found (except 1 lucky gal) watched the Special Editions. I get this sort of second-hand embarrassment seeing someone watch the Jabba scene, Jedi Rocks, or Vader screaming “NO!”. I’ve seen a few people comment on how the effects are a little dated, not realizing that most of the dated effects were added 20 years after the film came out.

3PO’s “Shutting up, sir.” line in ANH, I had never noticed it before my May 4th viewing yesterday.

WTF??? This is the most mind-blowing thing in this whole thread.

I’ve had my own ROTJ edit sitting at like 95% for a few years now. I’ve been putting off finishing it because the last 5% is the most difficult, tedious stuff. And I’m still unsure about many of my changes anyway. So this will be a great thread to bounce around some ideas/flesh them out. Some that I’ve used, and some that I deemed too ambitious for my edit.

Anyway, love the Boba Fett clip RogueLeader, works better than I imagined. And that mockup image is sexy, Nev.

I was curious to see if Boba’s theme would work with the scene so I copied RL’s work to test it out. And I threw in some sound FX just for fun:
https://streamable.com/ypk3gt

Maybe a little too on the nose? IDK, I think it’s pretty cool 😃
There’s a dozen other good Morrison lines to use there, I just picked a couple. I would end up settling on different lines/placement; perhaps my test doesn’t have the right tone. RogueLeader, I’m certain you can perfect that. Could be cut a few different ways depending on the vibe you’re trying to achieve.

I check in on several threads but I’m just not actively posting.
When compared to every other thread, my posts are never lengthy. I prefer posting my thoughts in video form as opposed to taking the time to write it all out. I’ve always struggled with putting words to my thought process anyways.
I just feel kinda funny bumping my thread every time I release another youtube video. As you can tell by my channel, I’ve been releasing more videos…trying to grow the channel.
Is it annoying when I post here? I try to keep it to a minimum…
Well, either way, thanks to everyone who checks in on this thread!
I just felt I needed to address some of these thoughts I’ve had here.
Thanks again!

No, it is absolutely not annoying. I can understand trying to keep posts to a minimum; I rarely post despite obsessively checking this site several times a day. But this is your thread dude! It’s perfectly appropriate to bump it.

Whether it’s a post here, or a video, I can’t get enough content that explores the process of fanediting. I enjoy it all. So do what you’d like!

Wow, interesting idea there. To be honest, the first time watching I assumed that Zam’s scope was actually Jar Jar’s POV for some reason (idk, maybe this new green Gungan has a bionic eye lol). I think it’s because the “Welcome, Jedi” line comes immediately before the assassination attempt, so my brain sort of connected the two. Giving that part a little more breathing room might help it sell better; maybe extend the shot of Padmé and Typho if possible.

I think seeing Zam might help too, but I understand that’s a hard thing to get working and may cause a different set of issues.

Thanks for sharing your work 👍

I recall some discussion of a tool for generating C-3PO dialogue earlier this year, and realized that there’s one place in this edit where it could really come in handy.

That tool was a text-to-speech voice on TikTok. I just took a look and it’s not available for me anymore. Hoping it’s just me 😧

Thank you for sharing!

So long oojason, and MTFBWY
o7

So sorry for your loss.

Hey All, looking for this version to pass down to the niece’s and nephew’s, it seems to be the most complete out there. Can anyone send a link?

Some interesting edits of the Cad Bane scene:

https://youtu.be/EjgPvOBtylw
Cad Bane VS Cobb Vanth With Cad Bane Theme
(‘The Bounty Hunter is Back’ from The Bad Batch by Kevin Kiner edited into the scene) 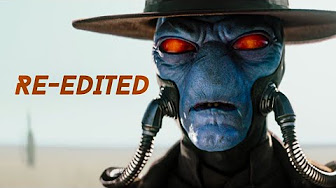 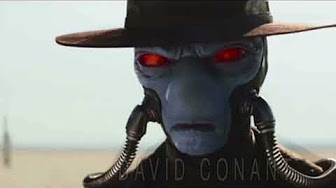 https://youtu.be/F33ILoErl44
Cad Bane Mouth “Fix” with VFX
(Cad’s mouth is lower, which resolves my main issue with his look in live action)

I thought this one was a massive improvement!
https://www.youtube.com/watch?v=OHu5uYXYLFs&ab_channel=CinematicCaptures

Looks pretty good! I think I actually prefer the skin of the original though.

This one looks amazing too: https://www.youtube.com/watch?v=vYB0GJ2Lnmw

Thinking way ahead to ROTS, does anyone know if this scene from Goya’s Ghosts was released

Investigated this in case you still were wondering. The scene is about an hour and 29 minutes in. Hal’s take on it is probably a better fit, but maybe there’s something there, IDK.