doubleofive said:
That’s up to our 3D guy Andreas.

I’d just like to mention that my son’s name is also Andreas and, coincidentally, he is also 3-dimensional.

Hmm…that crawl on Vimeo definitely could be improved on. Come to think of it, I saw one on YouTube too, but nothing that looks authentic. They have either the wrong font, or odd formatting or something that could be done better.
If you wanted to give it a try, the text is:

STAR WAR
THE THIRD GATHERS
THE BACKSTROKE OF THE WEST

The war came!
The republic encountered
Two squares fight the vehemence
The improbity fills the world
The space general of the alliance is skillful
Kidnap the D the speaker the conduct
The proper abruption alliance troops tries
Ratio prosperous drive with the…

I may have to try that, unless somebody else makes or has made a custom Backstroke of the West opening crawl.
Either way, it needs to happen.

By the way, none of you exist until I meet you…sorry to have to bring that up but it’s true.

I for one definitely don’t exist. I’m just the result of a cat walking across somebody’s keyboard somewhere…

If Arnold Swarzenegger and Danny Devito can be twins, then anyone can.

And the only real reason to buy 4-6 nowadays is to justify one’s downloading of projects by this forum’s members.

(and just out of curiosity, are you the same MathUser from romhacking.net?)

I thought the dub was good kind of.

My wife could hardly contain herself when Anakin exclaimed “I DID WHAT?”

Palpatine would have been in trouble if he ever had to take the stairs! 😉

Lucky for him, every force user is an acrobat regardless of age, so he can just jump to the top instead of using stairs. 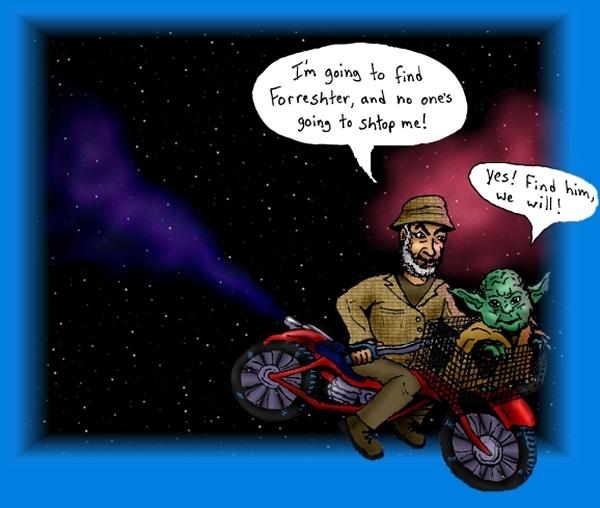 Apparently his future is so bright, he’s gotta wear shades

Can’t you see my S-foils? They’re locked in attack position.

Also, it’s plainly visible that the target area was only two meters wide.

I’m not sure how I did this, but I’m rather proud of it.

Yeah, if he could shoot lightning from his fingers, I can’t see why he’d even bother with a lightsaber.

If I had to guess, I’d say the original intent was for the Emperor to be beyond the need for any such weapon, but along the way Lucas decided it would be cooler if every force user was a gymnast and had something colorful to twirl around.

…I seem to have cut up rough this sacrifice topic…

Has anything happened with this whole idea in the last 2 years?

…I have brought freedom, justice, and security to my new topic.

WHERE DID YOU DIG UP THIS OLD FOSSIL

This thread belongs in a museum!

Also, can someone convert The Force Awakens to 3D for me? I have a 3D TV but apparently Disney doesn’t want my money.

Luke can see dead people, and Obi-Wan is really a ghost.

I’d just like to add that I misread the thread title and at first I thought it said ELIMINATING the original colors.

That’s what I was thinking, but I haven’t had a chance to look at the HD version yet

Again, I only saw the DVD5 so far, but it seemed like there was a repeated frame every few seconds. Just a brief, barely noticeable hiccup.

Just watched this today, and was rather impressed.
Jar Jar was a much better character. Your cuts turned him from a complete bumbling moron into someone who’s a little awkward, but reasonably competent.
I didn’t notice much difference in Anakin, but again the few cuts that were made helped. It was a little more believable since he’s no longer an “accidental expert star pilot.”
I really liked the added music to the pod race, especially when Anakin gets forced onto the service ramp.
The whole underwater section wasn’t missed at all. Removing it helped the flow without harming the story in any way.
I was glad to see only one instance of Boss Nass’s motorboating. I’d rather see zero, but maybe the last one was too hard to remove without a jarring cut, or left in on purpose? Either way, it wasn’t so bad since it only happens once.

The only things I didn’t like were minor frame rate nitpicks. The end credits were a little choppy, and throughout the film there was some very minor stuttering, but not enough to detract from the experience much. I watched the DVD v4; I haven’t checked out the HD version yet so I can’t say if it’s that way too.

Overall, there wasn’t a huge difference from the original, but the changes that were made helped a lot.

Make a motion in the Senate, where that kind of request belongs!

You want a release that doesn’t exist yet? No.