Adam Sandler has that song about how all these famous people are Jewish and you probably didn’t know about some of them. Well, I won’t compose a tune to go with it, but I thought it’d be fun to list from time to time some prominent members of society who are members of the Church of Jesus Christ of Latter-day Saints.

I’ll post more from time to time, and anyone is welcome to contribute. Yes, there are sites that list every conceivable Mormon of prominence, but I think it’d be more fun if every time you learn about someone in some casual manner, only then do you post it.

Wilford Brimley - Actor who played in movies like Cocoon, or more importantly Ewoks: The Battle for Endor

Christian Jacobs and Chad Larson - Members of a band named the Aquabats_(often described as new wave, but also as rock, punk, ska, and synthpop; perhaps best summarized as a super-hero music group)_

Scott Schultz - creator of Yo Gabba Gabba!, along with the aforementioned Chad Larson.

Amy Adams - Actress of rising popularity, getting her big break in Disney’s Enchanted, raised LDS, though no longer practicing

Aaron Eckhart - Popular actor, perhaps best known for his role as Two-Face in The Dark Knight, raised LDS, though no longer practicing

Elaine Bradley - drummer for the Neon Trees. In reality, I believe the entire band is Mormon, aside from the singer who has since left the faith.

The correct form is :

Don't forget all those guys in those wierd "And I'm a Mormon" adds on youtube.

The correct form is :

And I've never read Tracy Hickman, but it looks like you're right, Boost. 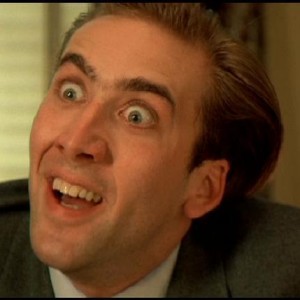 It's a Star Wars site, how could I not?

It's a Star Wars site, how could I not? Is that Joseph Smith?? I thought he had a beard. 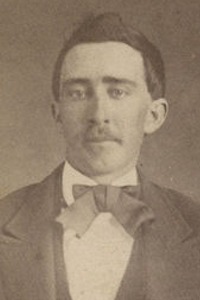 LOL!  I'm glad this thread is getting such good use!

I demand an Aquabats update.

Everyone's bound to be a Mormon is one universe or another.

@Boost...added.  I actually believe there have been a few Mormons on Biggest Loser.  Maybe I'll get around to researching who they were later.

I demand an Aquabats update.

Me too. They aren't a ska band. I demand corrections!

@ray_afraid, I will update when not at work. But how would you define them? According to Wikipedia, they at least started as a ska band.

@Dur, missionaries at the door are often mistaken for Kang and Kodos ;)

@Boost, now I can't help but wonder if you're cheating by looking them up. That said, I believe there is at least one other prominent serial killer (I'd have to look up who, since I've forgotten) who is Mormon. Another infamous example is Butch Cassidy.

JEDIT: Now I know you're not cheating because I tried to look up Shelton Young and can't find anything. Are you making that one up?