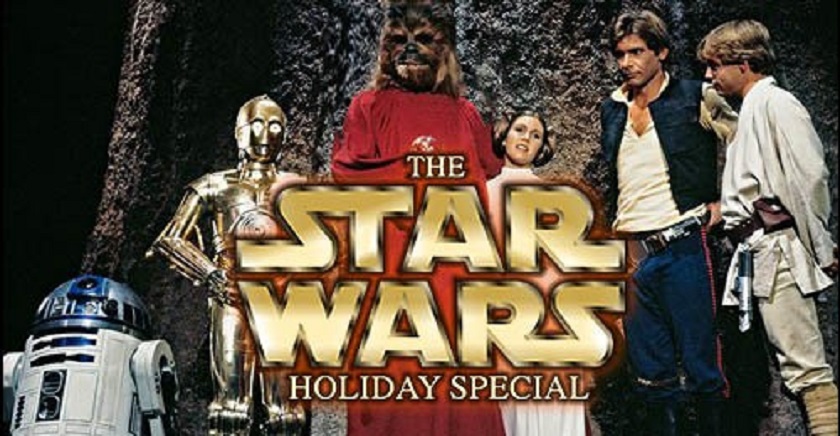 It’s better than at least 2/3 prequels.

I watched it twice in 2014, after becoming obsessed with Star Wars for the billionth time in my life (usually I’ll have periods of being deep into Star Wars, and this particular one lasted from mid 2014 until the end of 2015).

The first time I actually enjoyed it. I thought it was a corny and cheesy trainwreck of a movie, but I still appreciated seeing all the characters again. When a watched it a second time, the novelty of seeing a new Star Wars film from the 1970s had worn off, and I grew bored, which allowed me to pick apart the bad acting, bad characters, bad pacing, bad cinematography, bad dialogue, bad plot, and bad editing.

I despise the film, and I’d say it’s easily worse than all the prequels, but I still think it’s kind of cool that there was another Star Wars film I never knew about.

It’s pretty awful, but I still throw it on in the background during the holidays. It’s worth actively watching once.

My wife and I forced ourselves to watch it recently. Took five sittings for us to get through the whole thing. You’re not a true fan unless you’ve watched it all the way through, and you must be sober. 😉

I know not of it, but I figured that Star Wars was not unique in terms of bad Variety Show Specials.

It seems I wouldn’t be entirely wrong.

EDIT: I tried to watch it, but I got more bored than disgusted by it. It’s bad, but to the point I watched it (the cooking show parody) it wasn’t like “OH WOW that’s bad, that’s hilarious.”

I think it’s shit, but I don’t loathe watching it or anything.
At one point a long time ago, I would use clips of it against friends. It’s amazing how easy it is to completely derail arguments with a weaponized Holiday Special.

What, a man builds a giant mound of dirt in his house and you aren’t entertained?

We watched it last month. Made it the whole way through (this is a feat). My daughter summed it up best: “That was weird”. She did like seeing Princess Leia singing, though.

Bea Arthur is the best part.

A common misconception is that the Holiday Special is funny bad, but it’s actually just really boring.

That was the sense I got from the few bits and pieces I watched.

I’d estimate (again, I haven’t sat through all of it) that it’s about 3% funny and 97% boring. It’s really long and only a couple minutes are unintentionally funny.

SilverWook said:
You kids know nothing of 70’s hell. 😉

I bet my family watched both. We watched a lot of those. Back then there were only six TV channels and they went off the air at midnight. Weren’t a ton of options in the 70s.