Mine’s Raiders of the Lost Ark.

I’ll always have nostalgia for E.T., but Close Encounters of the Third Kind reminds my favourite out of the films of his I’ve seen. It’s an enchanting film, and I’ve glad I first saw it in a cinema because of its visuals, but it’s bloody terrifying as well. I don’t think Spielberg knew his own strength when making this movie. The child abduction/home invasion scene was really the one that made me paranoid of UFOs for months when I was around 11 or 12. There was one night I spent half an hour staring worriedly at a mysterious hovering orange light seen from my bedroom window, which turned out to be a streetlamp.

Then again, E.T. freaked me out too when I was young, so maybe I’m just easily scared… 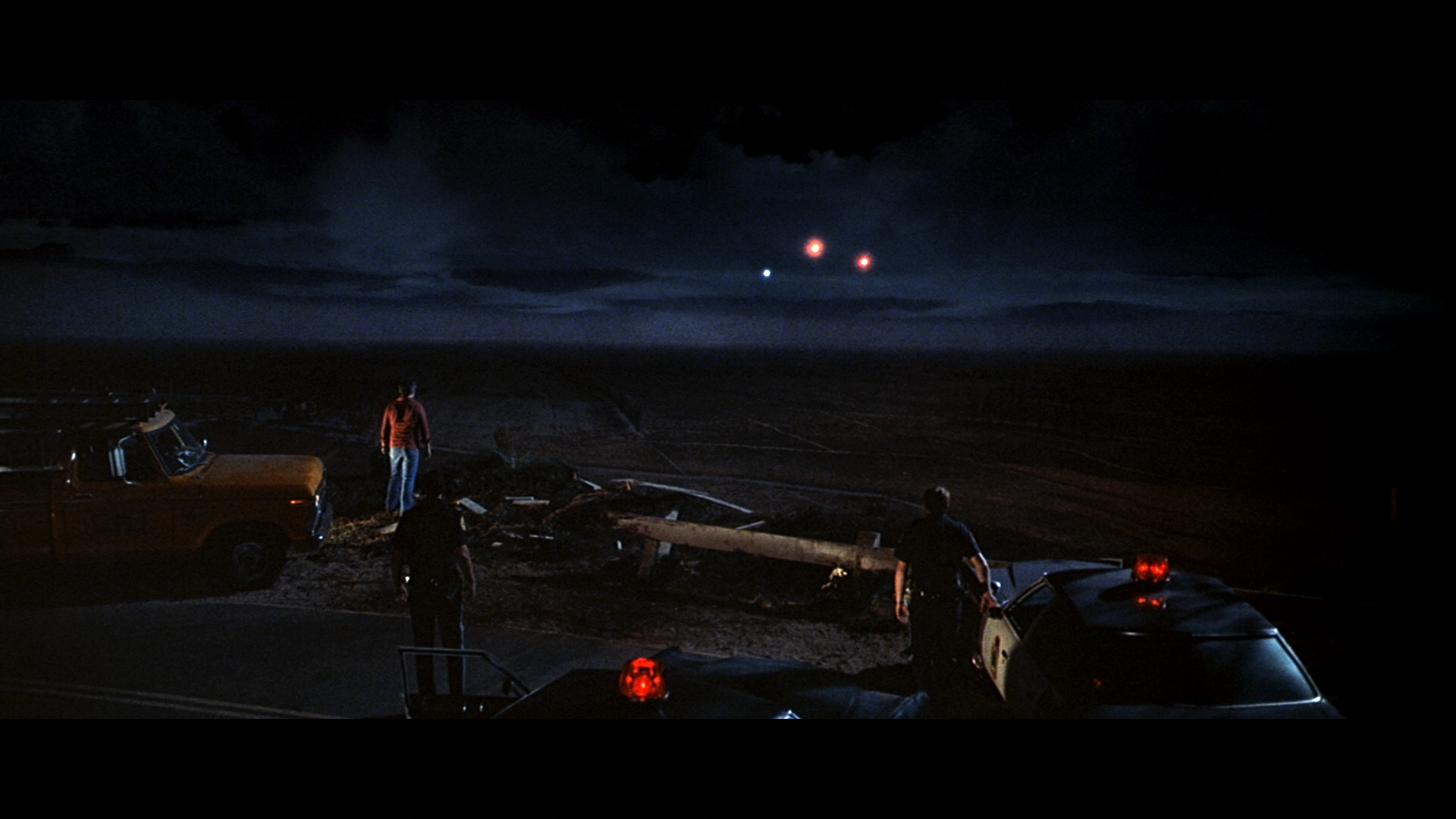 He is my second favorite director after George Lucas and i love so many of his films. Raiders is probably my favorite. I also love Close Encounters and ET, Jaws. Catch me if you can, Minority Report.

My pick would have to be Saving Private Ryan.

The visceral emotion of the movie, the victories and the losses, and the fact that all of it is representative of things that real people suffered through makes it have a lot of powerful impact on me.

Jurassic Park, hands down. It’s my favorite right after the OT. Second best is Duel.

Indiana Jones and the Temple of Doom.

Indiana Jones and the Temple of Doom.

Even though I prefer Raiders, I still love Temple of Doom, and think it gets a very bad rap.

You really have to give credit to John Williams as well. Spielberg’s best are collaborations with Williams.

Jurassic Park or ET is nothing without his music, i would argue the same for Jaws. Raiders by far has the best score of the INDY films, LSO back then was in top form.

Jurassic Park. It’s the movie that ignited my love for movies.

Fun fact: when I was a little kid I used to think all movies were directed by Steven Spielberg.

Spielberg is so consistently good I’d believe just about any film from his filmography could make this thread. Well, maybe not 1941…

Spielberg is so consistently good I’d believe just about any film from his filmography could make this thread. Well, maybe not 1941…

I think Spielberg was right when he said his mistake with 1941 was not making it a musical.

Favorite is probably Last Crusade just for how goofy it is, I don’t think it’s his best or even the best Indy but the sheer joy I get from it tops the rest, it’s a cozy go-to.

E.T. was the first movie that made me cry in a theater, we were all boys the perfect age. I remember a lot of bad mouthing in the car by other kids in the group who wanted to see a different movie instead, on the way back the car was mostly dead quiet, riding the high.

War of the Worlds is underrated, some seriously tense sequences Speilberg always has tension and paranormal horror in his back pocket.

I’m also just here to say if you watch BFG with an open mind it’s a cute kids film that is very visually fun, Mark Rylance is a great actor.

Empire of the Sun is a good one, often overlooked

I think about trying to rank my favorites of his sometimes and roughly would go:

I think all of these are great films. I also like 1941 despite its issues. Everything else is debatable but I really have no use for the films he’s done in the past few decades. Minority Report, Munich and AI were nice surprises among the forgettable to terrible others.

I’ve always loved Catch me if you Can.

Me too, i love Tom Hanks as Hanratty. And DiCaprio is fantastic and so is Christopher Walken.

To be honest, I didn’t watch a lot of Steven Spielberg movies. I am not a very big fan of him. The thing is that I remember a movie that I watched a very long time ago and I enjoyed it very much. It’s called Jurassic Park. I think it’s one of his greatest movies that filmed. So a few days ago, I started to search for it on the internet for free. A friend of mine advised me to watch full movies online on https://fmovies.show/, and there I found this legendary movie. It was a great experience to live the same emotions I had when I watched it for the first time.