Also, I just listened to the commentary and have a question for Hal (and everyone else): When watching Rey tap into the Force and overpower Kylo at the end, do you interpret this as her using the Dark Side, or just harnessing the ‘light’ which has ‘always been there’? I ask this because if Rey were so susceptible to the Dark Side here, that might constitute a very great character flaw and go a long way towards making her a more dynamic lead.

BTW, thanks for the many shout outs in the commentary Hal, you’re really too kind!

V1 was mediocre at best and at that time I just hoped that someone would take the idea and run with it, so you and Ridley deserve all the credit I can give.

I just got V3 and checked out your wonderful commentary, I just wanted to say that you did credit me correctly (not that it really matters, but you said that you might have gotten it wrong). There was some confusion earlier regarding the deleted scene, but you credit Neverar for putting the scene together and then me for the effects and how the scene is a great example of our collaboration. So, thank you for all your hard work and your insightful commentary track. It’s a top of the line fan-edit release.

I downloaded your 720p V3 from google drive. I’m now uploading it very nicely to your spleen torrent. 😃 I’m not sure why I’m able to and you weren’t.

Like I said over there, thanks for that! I’m not sure what the deal was with that particular torrent.

It is time for me to watch my very first SW Fanedit! xD Haven’t seen TFA since cinema, and yours and DigiModification’s are a must.

I’d be honored to have a link, Hal, if you can bother to PM me.

I’d be honored to have a link, Hal, if you can bother to PM me.

I’ll throw you a PM since the link is available through Reddit.

Interesting note, I was watching TFA promotional material, and in an FXguide TV episode on TFA about 22 minutes in they had a breakdown of assembling the Starkiller shot, and the added smoke was of course the last element to be included: 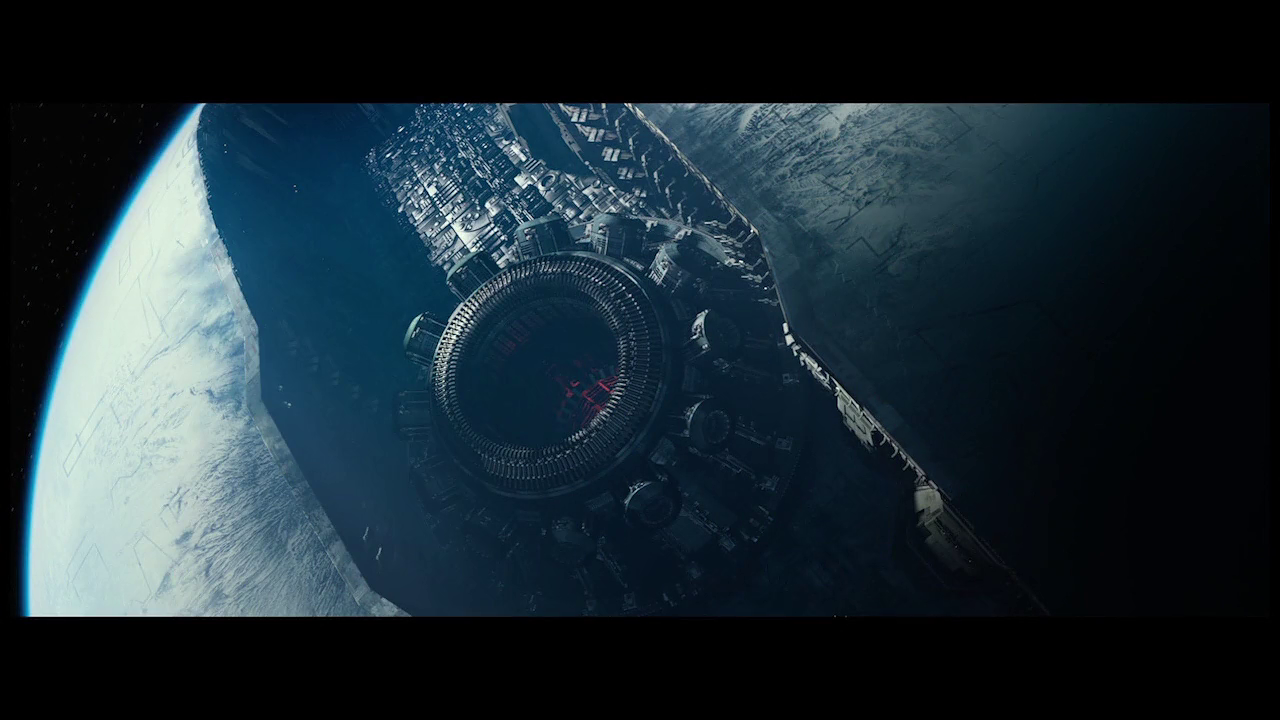 Would have been good to know back when I was working on that. 😉

Haha, feels like a face-palm moment. So you could have used that to remove the smoke and it would’ve been a lot easier than doing it from scratch, right?

Oh yeah, it would have been a breeze actually, after tracking the still image to the moving shot that is.

I’ll bet! Well, we have a lovingly crafted manual version, at any rate.

Sorry I’m late to the party, what exactly was changed in v3

Sorry I’m late to the party, what exactly was changed in v3

As Finn mans the TIE fighter with Poe, trimmed firing upon fellow stormtroopers so soon after planning to escape. Now, he causes peripheral damage to prevent them from firing at him and takes aim at the command center. (Slightly shifted the placement of the film’s trademark Wilhelm scream in order to retain it.)

Removed Rey saving Finn from the rathtars, cutting from Finn’s line, “They look like that,” to Han and Chewie arriving at the door to the Falcon.

Removed Finn’s comedic line about almost being killed several times by Chewie while tending to him on the Falcon (Mimicked DigModiFicaTion’s approach).

Removed Han shooting a stormtrooper while facing the other way.

Throughout the battle at Maz’s castle, applied a slight sunset color correction to harmonize the sunset lighting present before and afterward.

Cleaned up the smoke and debris around the Starkiller weapon exhaust when the X-Wings approach. (FX by NeverarGreat)

Chewie has been cropped out of a shot of him walking past Leia. (Crop and image enhancement by Sir Ridley)

Color corrected Ach-to to bring it a little closer to the corresponding scene’s lighting and weather conditions in The Last Jedi.

Really impressed with V3 Hal. Definitive version of the movie for me!

PM Sent! Get to me when you can👍

May I have a copy of this? I want to compare this with Heir to the Force.

May I have a copy of this? I want to compare this with Heir to the Force.

Great ideas but I personally don’t like Ach-Too’s colour scheme being changed to reflect TLJ. In my opinion, the planet looks vibrant and beautiful in TFA but dull and lifeless in TLJ. Just my opinion, though. keep up the good work.

I find your lack of faith disturbing.

Here’s a suggestion for a new version. In the novelization of the film, during Rey’s Force vision, she hears a voice, that I believe is very likely Kylo Ren’s voice.

"Once more she climbed to her feet, her chilled breath preceding her. From in front of her, not far away, came the sounds of battle: the cries of the wounded and the clashing of weapons. Then behind her, another voice. That voice.

She whirled, glazed eyes desperately scanning the dark gaps between the slender trees, trying to penetrate the darkness. “Where are you?” She started running toward the voice

“I’ll come back for you, sweetheart. I promise."

What do yo think of the idea of getting a sound alike voice actor that can sound like Adam Driver to read out these lines for that scene? For example, when she looks down the hallway in Cloud City, she hears the first part. Then she hears the second part when she runs into him in the snowy woods. The second part could play out like this.

KYLO REN: I’ll come back for you, sweetheart.

He appears in front of her with the lightsaber. You hear his last part when she stumbles backwards.

OBI-WAN: These are your first steps.

For all the ‘everything is canon now’ hype, it still seems that TLJ really massaged and ignores some of the details from the TFA novelization.

I don’t mind that it does, but they just shouldn’t insist it was going to be otherwise.

For all the ‘everything is canon now’ hype, it still seems that TLJ really massaged and ignores some of the details from the TFA novelization.

I don’t mind that it does, but they just shouldn’t insist it was going to be otherwise.

I think the novelization is the exception though right?

I believe the junior novelization, which is not what I was referring to earlier, says that she had no memory of her parents. It could be from them, but I don’t think that was the intended direction, but I digress.

^ Not sure what you mean, Dom. If there are exceptions, the neo-fundamentalist-SW-orthodoxy seems to have failed out the gate.

And it’d be reeeeal weird to have a ~17 year old Ben Solo address Rey as ‘sweetheart.’

And it’d be reeeeal weird to have a ~17 year old Ben Solo address Rey as ‘sweetheart.’

It may not be from the past, it could very likely be said by him in the future, possibly in The Rise of Skywalker. Afterall, her vision did foreshadow their duel on Starkiller Base.