First things first, the animation is indeed terrible, amateurish, floaty, overdone, underdone, uninspired etc. However, everything else is soooo right that that first major flaw is quite easy to overlook.

It only took 31 years but finally somebody has made a film/video that actually felt like honest to goodness Star Wars. You care about the characters, the story, the stakes and the drama. It's got blaster shootouts, dogfights, last-minute-escapes and danger. After watching, it seemed easy and obvious: Just take all the good things about the OT and then make a show featuring them. Maybe it just took GL not being in the way to do this seemingly simple thing.

When one of the characters pulls out a certain thing towards the end it felt like something special and epic. I was so pumped by the end that when a certain other character from the OT uttered a certain 3 word refrence back to the OT, I suddenly surprised myself and shoved my fist in the air and shouted "Yes!".

I cannot wait to see more of this show and if the ST is even just a little better than this then I'll be happy.

You might be missing the point here. Rebels is the crawl.

Whaaa? I made no point about the crawl for which I could have hit or missed.

You say there's no crawl and imply it's missing (that's how I took it, at least). I say there shouldn't be a crawl, because it would've been like having a crawl to set up the crawl in Star Wars. This show is a purely a side-thing and it should stay this way - it ties into the OT, it can do its own thing on a much smaller scale (I hope) and that's very cool. It creates opportunities for different kinds of stories.

Aside from that... the show on the whole feels very much inspired, it's just that the character animation is lacking... we're in agreement.

I never said the show as a whole felt uninspired (Quite the opposit!), I said the character animation was lacking (e.g. "the animation is.... uninspired"). We are in total agreement about all aspects, unless I'm not understanding your point.

'Lacking' isn't the same as 'uninspired', though, and that was my point. You may lack the resources to make something look great, but that doesn't mean there's no will make it look so in the first place. I just disagree with the use of 'uninspired' in this context. Unless, say, the animators were huge PT fans and thus had no passion for Rebels whatsoever.

Literally the only thing I'm not liking at the moment is some of the high octane animation sequences because they don't seem to have the right 'weight', and the actual models and textures seem quite cheap.

Agreed. Another issue is that it's way too frenetic at times and the storytelling suffers because of it.

C-3PO and R2-D2 struck me as nothing but fan service. It was weird, when I saw them appear I was like "yeah okay whatever"

Yup, it was a bit jarring to me as well. It's obvious stuff like this is going to keep popping up, but I'd love it if the show had as little to do with the main story of the OT as possible. 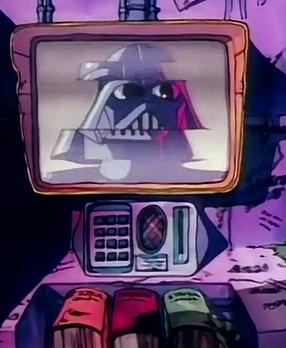 Clearly the stormtroopers of the OT are not the Aussie clones of the PT.

Too bad New Zealanders are a bunch of cocky a-holes descended from criminals and retarded monkeys.

New Zealanders-  "Throw another shrimp on the barbie and ride around on your kangaroos all day."

Clearly the stormtroopers of the OT are not the Aussie clones of the PT.

Too bad New Zealanders are a bunch of cocky a-holes descended from criminals and retarded monkeys.

New Zealanders-  "Throw another shrimp on the barbie and ride around on your kangaroos all day."

No no no, you're thinking of Australians.

I've totally confused you with Australians? I - I feel terrible. Your accents sound similar.

Can't wait to see Vader. Very excited for that.

Interesting that they used (what looks to me like) the uncorrected version of the lightsaber training scene on the 'Falcon in that lightsaber featurette Tobar posted.

Thoughts on episodes three and four.

This episode didn't really hit it out of the park for me. It wasn't bad, but I feel like they turned Zeb into a big kid (for just this episode) for the sake of giving Ezra someone to clash with. I feel like it should have been Sabine, since it feels like they're going for a little romance angle with her and the tension between them would have made for a nice Han/Leia homage, but it's not that big a deal.

It was cool to see how TIE fighters handle, and atmospheric flight, though. Chopper is always good for a laugh. It was sweet to see the Kenner Troop Carrier toys being used; and they actually used the little side pockets in a way that made sense!

Also neat to get a bit of a Ezra's backstory, or at least a mention of his parents and a friend of theirs.

I enjoyed it, but it wasn't too notable. Just a goofy romp buddy-buddy episode.

Rise of the Old Masters

Just wow. This episode knocked it out of the park. I kept worrying, because it was Force and Jedi and prequel heavy, but it delivered.

The training on the Ghost was funny and had good callbacks to Yoda (though I kinda wish they hadn't named him, but since he doesn't matter in this story it's not a big deal).

I'm sorry, but Chopper always makes me laugh; it's just Star Wars humour, he's like Artoo but a jerk. You know exactly what he's saying, even though you don't understand him. He's slapstick, but not stupid. He's goofy, but not stupid. It's brilliant.

Zeb was back to his old self. Much better. Not stupid. Sabine I feel like they're holding off on, and I kinda like it, I know we'll eventually learn her story, but for now they're building some hype, just like old Boba. Hera is starting to feel a bit underdeveloped, but I'm sure we'll see more about her and Sabine soon.

This was really Ezra and Kanan's episode, though. The master/apprentice relationship, Ezra wanting acceptance, Kanan unsure of his abilities to train a student.

The twist of the episode blew me away. So dark and twisted and just perfectly evil. I loved it. I was disturbed but I loved it.

And, the big reveal of the episode, the Inquisitor. I was worried about this moment, but I just loved it. The saber fight was choreographed like the prequels, but it felt like an OT saber fight, because I cared about Kanan and Ezra, and because the Inquisitor does, indeed, have that obviously evil presence to him. His saber was a bit over-the-top, but you know what, I just didn't even care that much.

This show is just good. There's no other word for it. And not even for a Star Wars show, for any show. I love it. I laugh genuinely at it, I feel tense watching it, I'm invested, I'm engaged, more than I ever was for The Clone Wars. My girlfriend, while being a nerd who enjoys Star Wars herself, isn't as crazy about it as I am, also loves the show. Dave and his team have managed to capture the essence of the OT very well. Watch this show.

OK, I have to say, that episode 4 was really good. There were still a couple of cringe-worthy moments but over-all I liked it a lot.

And I finally saw an episode in good 1080p and I have to admit, that I may have misjudged the quality of the rendering because I saw the previous episodes in pretty bad quality (720p but highly compressed). I still maintain, that I liked the visual style of TCW better but it's definitely not as bad as I thought it was.

It's James Earl Jones, but something sounds different...

OK, I have to say, that episode 4 was really good. There were still a couple of cringe-worthy moments but over-all I liked it a lot.

You probably don’t recognize me because of the red arm.
Episode 9 Rewrite, The Starlight Project (Workprint V4 Released!) and ANH Technicolor Project (Released!)

It's James Earl Jones, but something sounds different...

It actually may have been better if they had used a young-JEJ sound-a-like, rather than JEJ himself.  There are some amazing Vader impersonators out there.

What's the source of the scene actually? Is it a different TV broadcast or what? The WEB-DL source nor the HDTV sources which are "available" don't have this scene

That Vader clip is pretty great.  However I think it sounds odd because of the way it's written.  Vader doesn't talk in long run on sentences "..if you find them train them" etc.  He's talking abit fast also.  I think it comes down to how the performance by JEJ was directed.  Vader talks in a slow and methodical way which doesn't come across here.

In the latest episode did anyone catch Anthony Daniels in a cameo as the guy who tells them to find Luminara?  Also the character who tells the crew to find her looks like Daniels.

In the latest episode did anyone catch Anthony Daniels in a cameo as the guy who tells them to find Luminara?

That was actually Brent Spiner aka Data from TNG.

In the latest episode did anyone catch Anthony Daniels in a cameo as the guy who tells them to find Luminara?

That was actually Brent Spiner aka Data from TNG.

Robots hate Spiner and Daniels. Threepio and Data are like blackface to them.

Sounds like Greg Weisman is casting his old pals from Gargoyles? Most of the TNG cast voiced regular characters on the show.

This is a good time to talk about Chopper and how murderous he was by throwing things so fast it knocked the kid off the ship and he almost did it again when they caught him.

I think Chopper poorly represents Robots as a whole and shows the producers are clearly against Droids.  This started with Ep. 1 and the battle droids being inferior and stupid and has continued.  I think we need to email the advertisers to boycott the show due to this Droid discrimination.

He's at least the 2nd best Chopper in Sci-Fi...

Chopper is such a jerk. I love him.

I have had absolutely no luck finding the ABC extended version of Spark of Rebellion. Can anyone point me in the right direction?

I have had absolutely no luck finding the ABC extended version of Spark of Rebellion. Can anyone point me in the right direction?

Have you tried on ABC?