Ha! It reminds me more of this creepy-as-hell toy: https://en.wikipedia.org/wiki/Hugo:_Man_of_a_Thousand_Faces

I had a Hugo I found in a thrift store back in college. He vanished from the studio before I could use him in a video, and is probably still at large. 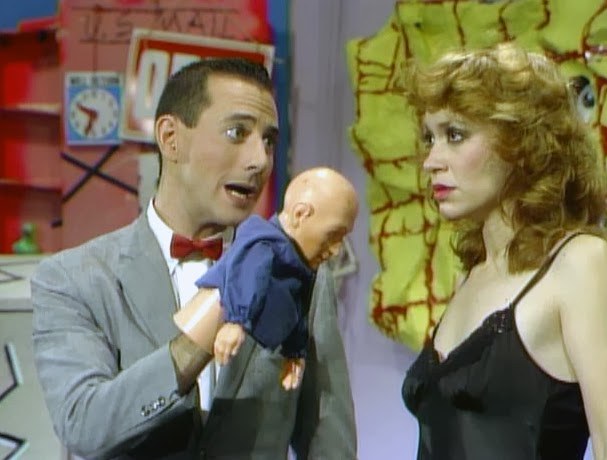 I'm 10000% sure this has already been covered, but it's easier to just ask than search through 1276 pages - when Vader turns around to talk to Veers just before the Hoth battle and the camera does the awkward pan... did ady say whether or not he'd fix this?

Inspired by the Godfather Part II and a revamp of Star Wars: Reborn

HIC master looks really good! Now that the silicone has cured and it's new, rolling it for a few days should be ok, but if you leave it rolled up like that I fear it could crack and become useless. Just something to keep in mind.

I don't know if you are planning to make more than the one copy to sell, which you totally should because it looks fantastic and would really help with funds. The work you've done is unreal!

I'm 10000% sure this has already been covered, but it's easier to just ask than search through 1276 pages - when Vader turns around to talk to Veers just before the Hoth battle and the camera does the awkward pan... did ady say whether or not he'd fix this?

The shot where Vader spins around and Veers is RIGHT THERE and I like to imagine if Vader had had his arm out to point at him it would have knocked Veers over and it makes me laugh?

No, I don't think he's going to fix that.

I always wished that Spaceballs had parodied that. =P

I googled "vader veers" to find an image of it, first result is from here! Then I noticed the path is in my photobucket! Apparently, I've laughed at this here before.

You put the "double" in doubleofive.

And I put the "spring" in Springfield.

I like it that he got up in Veer's face. Even for 1 second.

I wonder if the new "Battle of Hoth" will be as tense and complex as it was in the game "Rogue Squadron" ?

I like how the Empire throws in waves of troops and vehicles (TIEs!) at the Rebels, forcing them to flee the base - somehow it is better orchestrated than in the actual movie ...

That's the shot. Always made me laugh haha

Inspired by the Godfather Part II and a revamp of Star Wars: Reborn

I wonder if the new "Battle of Hoth" will be as tense and complex as it was in the game "Rogue Squadron" ?

I like how the Empire throws in waves of troops and vehicles (TIEs!) at the Rebels, forcing them to flee the base - somehow it is better orchestrated than in the actual movie ...

The only Evidence for there ever being any planned ground combat between rebel troops and snow storm troopers was after wedge tripped the AT-AT.

Half of the sequence remains in the film where the guy shouts "Come on!" and they run forward out of the trenches.

So why did it not end up in the film? I think the reasons are quite obvious. You would still have trouble in 2015 doing that shot but the ambition was certainly there and the ideas were flowing or even overflowing. A decision to keep the snow troopers in the AT-AT hulls was also an obvious choice to make things easier to shoot the miniatures. But it is a shame we never got to see them abseiling out of the Hatches on the side. In fact a real shame that was...

There is many a different twist or an interpretation of a shot if you add a particular element to a shot and present it like that. You sometimes not only need to look for whole shots being removed such as in this case to understand why they were running at the AT-AT or should I say planned and never made to fully understand things but also look for absent elements from shots... It could be Laser fire, It might be a  few tie fighters but all of a sudden a different meaning unfolds to a shot and you can say... Ah now I got It!

But there is certainly not any Missing Tie Fighters on the planet Hoth ground battle.

I think my very first post here was about removing the "Come on!" scene or adding troops jumping out of the AT-AT. As it stands in the film, it seems like one guy on a suicide mission. Especially since the speeders double back and destroy the AT-AT... even though the armor is "too strong for blasters"...

Ady's fixed the destruction so that the speeders seem to blast a damaged spot on the neck, which is a neat fix, but seeing troops repel out of the AT-AT and engage the rebel troops on the ground will always be a dream of mine. I can hardly even imagine how it could be done though... seems like it would be expensive too.

Maybe one of the spin-off movies will have a ground troop take on this sort of thing.

Band of Brothers with Rebels Vs Imperials would be well worth watching.

One of the conundrums that I have wondered about it, general veers telling Vader. "you may start your landing"

So I wondered how does Vader get to the Base so fast.. Yeah it's only a film but a thought I pondered was that Vader Landed and got there quick in the Juggernaught? 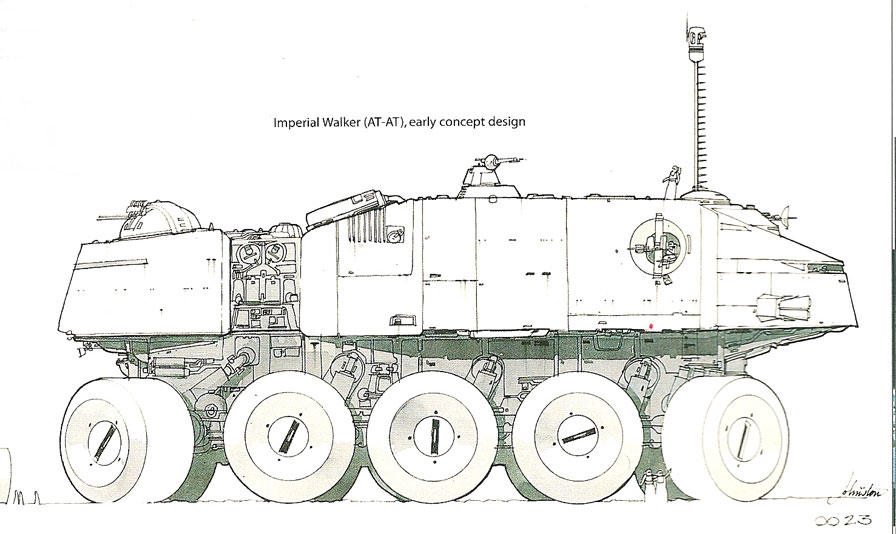 It's a fun thought anyway, not that it really matters.

Vader's invasion troops come down in shuttles, they can land near the base when the shields are down, that is why I think bringing in TIE Fighters and Bombers would be a logic addition, because they are the escort for the landing troops - not wanting to be shot down by X-Wings or Speeders ;-)

Yeah, some more troop ground battle would have been nice, maybe "Rogue One" will give some footage, which can be tweaked to fit the "Battle of Hoth"

Well the first wave of troops storm Echo Base shortly before the shield is destroyed.

And imminently after the shield is destroyed it appears as if Vader is already in Echo Base and Blasting through in to the command center.

That is why I thought about it a bit differently in terms of how the attack on Echo Base was staged because Vader's objective was to capture and not Nuke Echo Base from orbit or stage a risky air battle against a well equipped x-wing fighter squadron.

It would be far easier to sprint fourth on the terrain that was cleared by the AT-AT's against a decimated ground force that were fleeing for their lives whilst the shield was still up and the rebels were concentrating on escape and also escaping in to an unprotected hostile zone in outer space surrounded by Star Destroyers and Tie Fighters.

The problem is with tie fighters on Hoth atmosphere is it kind of contradicts the scene of Luke taking off and the whole vibe that all is ok and there is no longer anything to fear as they are leaving without confrontation. Otherwise I would be all for it. But It also makes more sense for the ties to be further away to intercept in outer orbit the rebel ships that are trying to escape

In case you missed it:

Who cares about that?  We're busy making suggestions since they're closed.

That's nothing less than extremely impressive!

He really is wearing the right shirt. That's amazing. I know that most people watching the film (including myself, in fact) don't care when they're watching it. But it's still pretty cool to see.

That has been a long time in the making and all the drama that surrounded it eventually being acquired.

A milestone indeed. Well done! Is it the actual sculpture you got modified, or totally a scratch built new sculpture?

That has been a long time in the making and all the drama that surrounded it eventually being acquired.

A milestone indeed. Well done! Is it the actual sculpture you got modified, or totally a scratch built new sculpture?

Just in case "Scratch built" confuses anyone, Ady did in fact use a cast of the original head (and I believe the legs and feet too). The shirt section was made from an actual shirt dipped in resin and arranged to get the wrinkles. He intended to use the hands from a casting as well, but the detail was lacking, so he ended up using his own hands (is a hand cameo going to become a tradition? lol)

The entire thing was then moulded and re-cast. So that's what doubleofive meant.