It is almost exactly 30 years to the day since I saw The Living Daylights at a cinema in London. I was 12 years old, and had already seen most of the other Bond films already, and I thought it was fantastic. After the film I went out and bought everything James Bond that I could find, which wasn’t much - just Sally Hibbin’s books and the book on tape version of the film - but I’m still collecting all things Bond to this day and sharing as much as I can of it with fans via The007Dossier.com

Anyway, a couple of weeks ago I was offered the chance to buy an original UK print of the film and before I could say “But I have it on Blu-ray,” the 12 year old inside me was sending the money and the deal was done.

But having bought the print, I don’t have enough money left to get it scanned, and (not having access to a 35mm projector) unless I get it scanned we’re not going to get to watch it and find out just how heavy handed Lowry Digital was with the DNR… A few years ago I had a 35mm trailer of this film scanned. The film was missing the last few seconds so (without making any effort to blend them) I replaced the missing frames using the trailer from the Bluray (35mm in the middle, blu-ray on the sides):

The print appears to be in excellent condition:

Here it is being projected at an undisclosed location, somewhere in Europe (click on the image to see the video clips): 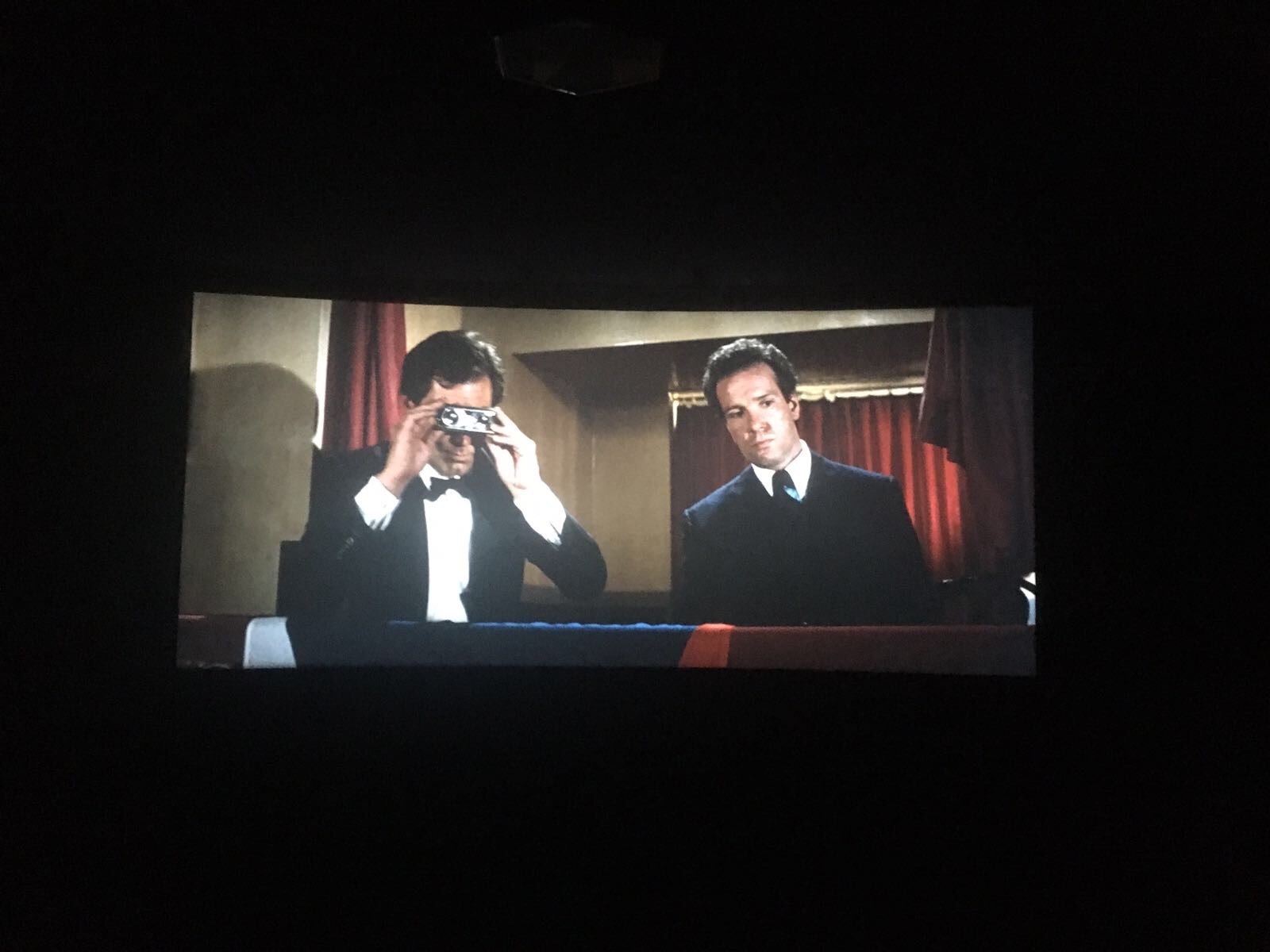 From what little I have seen of it, the print looks nice and clean but we could (if there is enough interest) send the print for the same ultrasonic cleaning that Poita used on ESB. That would cost an additional $1200, so whether or not that happens will depend on how much interest there is in the project. It sounds like a lot of money, and it is for any one person, but all it would actually take is for 20 people to donate $100 each.

The print will be scanned in 4K and available as a fan edit to anyone who already owns the official bluray. It’s too early to say whether or not any digital cleanup will be needed, or how long the project might take, but I’ll keep you posted in this thread.

How will you get them out?
“Sorry, old man, section 26, paragraph 5. Need-to-know. Sure you understand.”

The print has been purchased and is ready for shipping.

This is going to be a really great project! For those not as film-savvy, this is a UK print on Fujifilm. It’ll have a different look to the US prints that were on Kodak LPP. Just like Star Wars on Technicolor looked different to Star Wars on Kodak, and Titanic on acetate looks different to Titanic on polyester. What a treat this will be to have the domestic UK version preserved!

Here is the same video posted in the OP (made up of three shot clips joined together) from a projection of the print, but with no flicker reduction etc as applied to the one uploaded by Williarob: 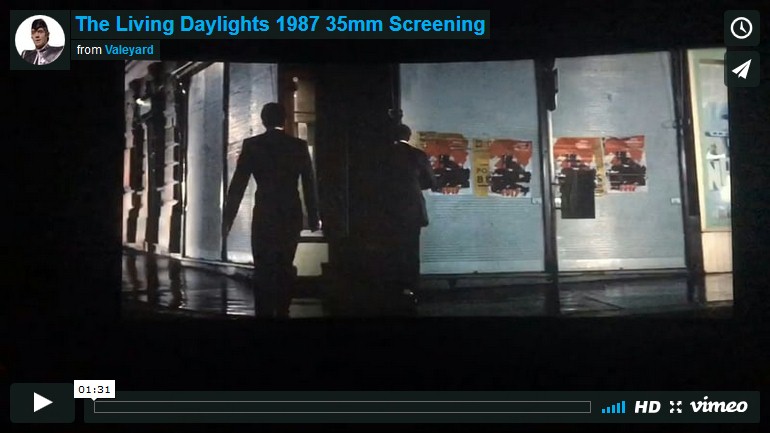 That’s fantastic, thank you so much!

That’s fantastic, thank you so much!

Quite welcome Williarob, happy to help out - can’t get enough of these scans.

Bumping in hopes this gains a little momentum and another pledge or two…if that isn’t kosher don’t berate me too harshly but harsh enough for me to learn please.

Sorry, I was on Vacation. But I’m back now and the print should be on its way to the scanner any day now, so if you are interested in this project and you are willing and able to donate some money, please send me a PM. Thank you!

Holy shit this is amazing! If you’ll still be needing funds next month I should be able to donate then.

It will probably be much better than the next Daniel Craig Bond too! 😛

Quick update: The scanner I was going to send this to is a little backed up at the moment - it could take more than 6 months to get the print scanned there, so I’m currently exploring some alternative options…

Found another scanner, the film has been shipped and is scheduled for delivery tomorrow, Monday November 6th.

Reel 1 has been scanned! If you would like to help cover the scanning costs, please send me a PM ASAP!

Here are some sample frames: 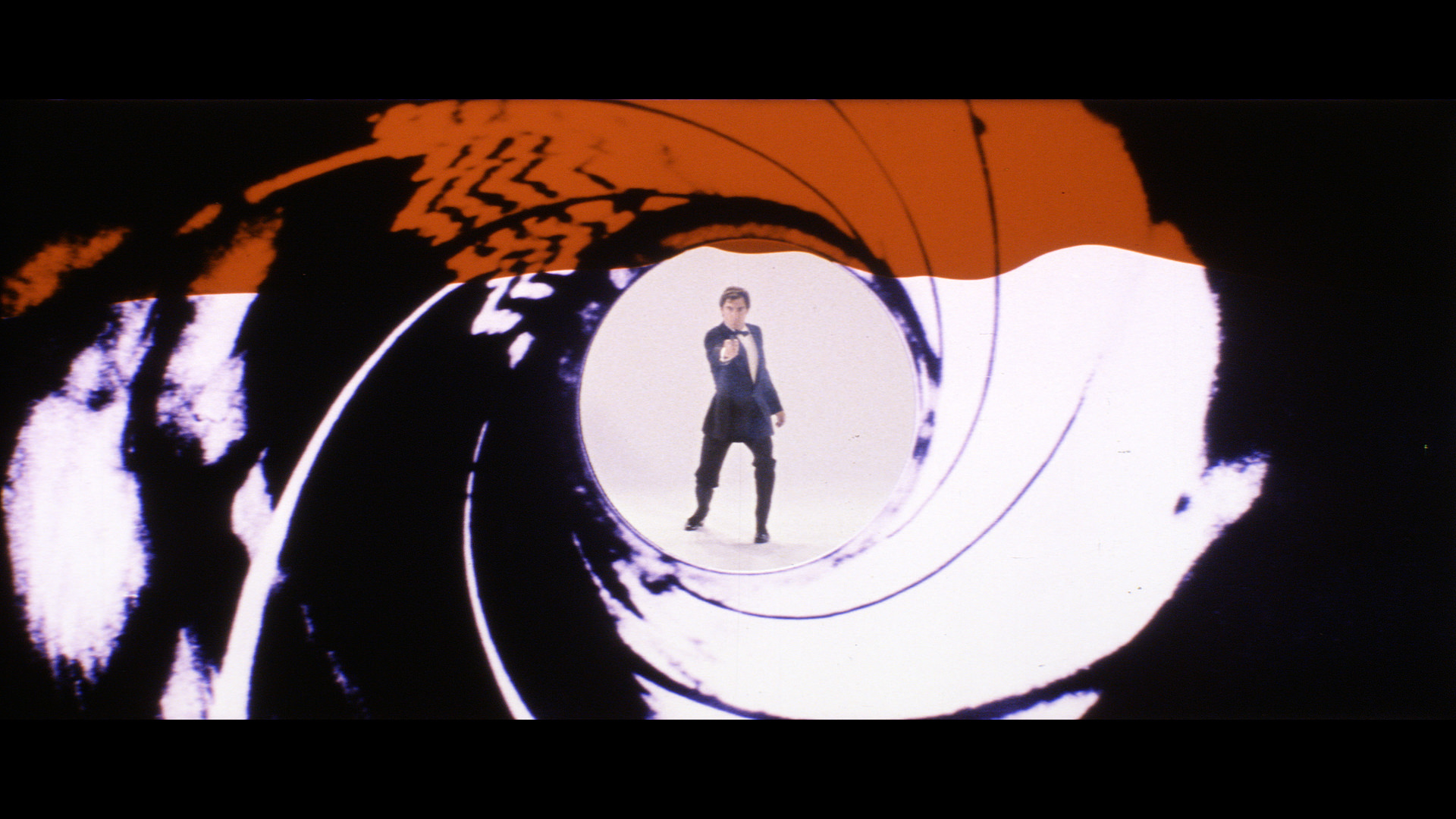 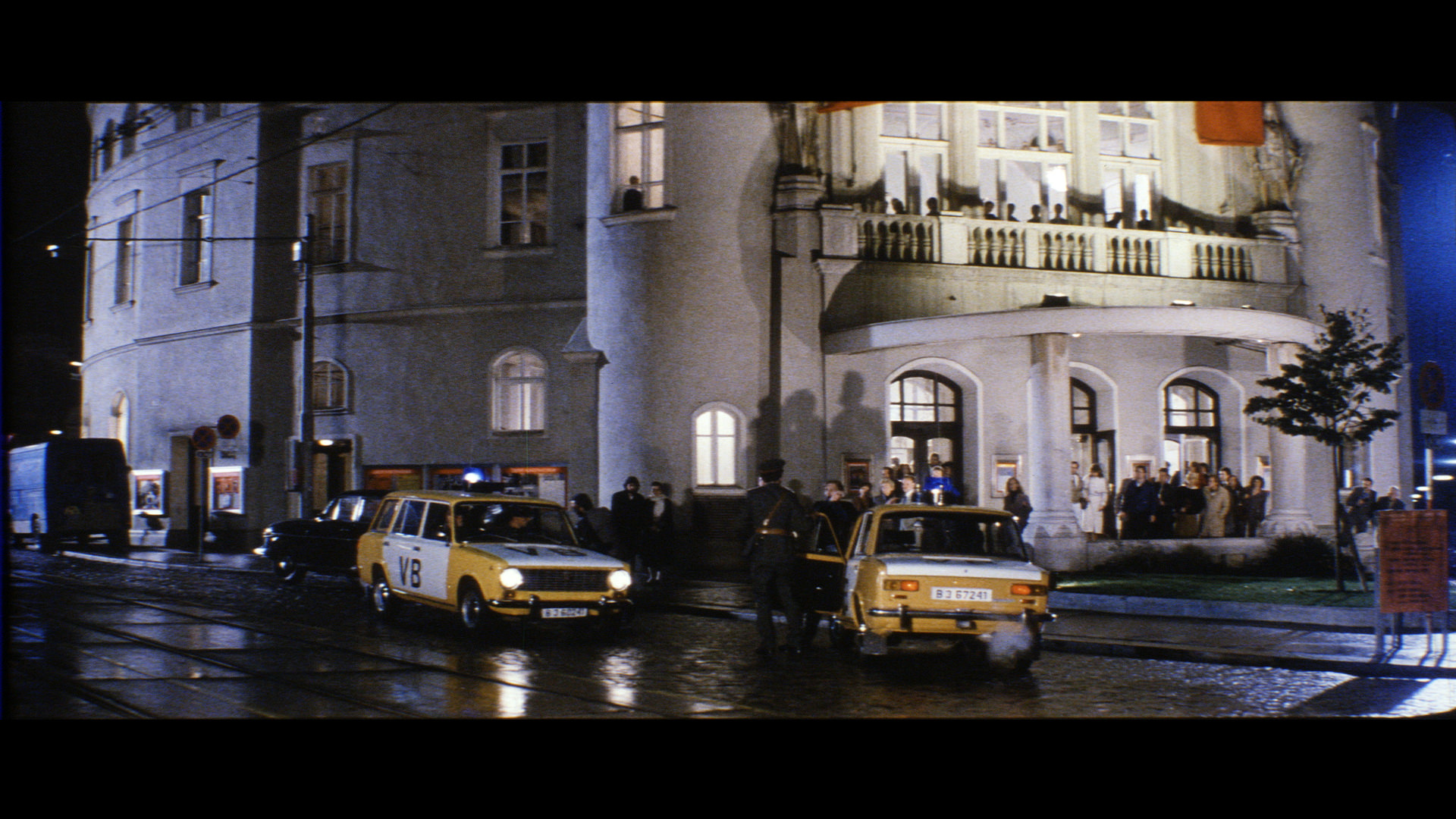 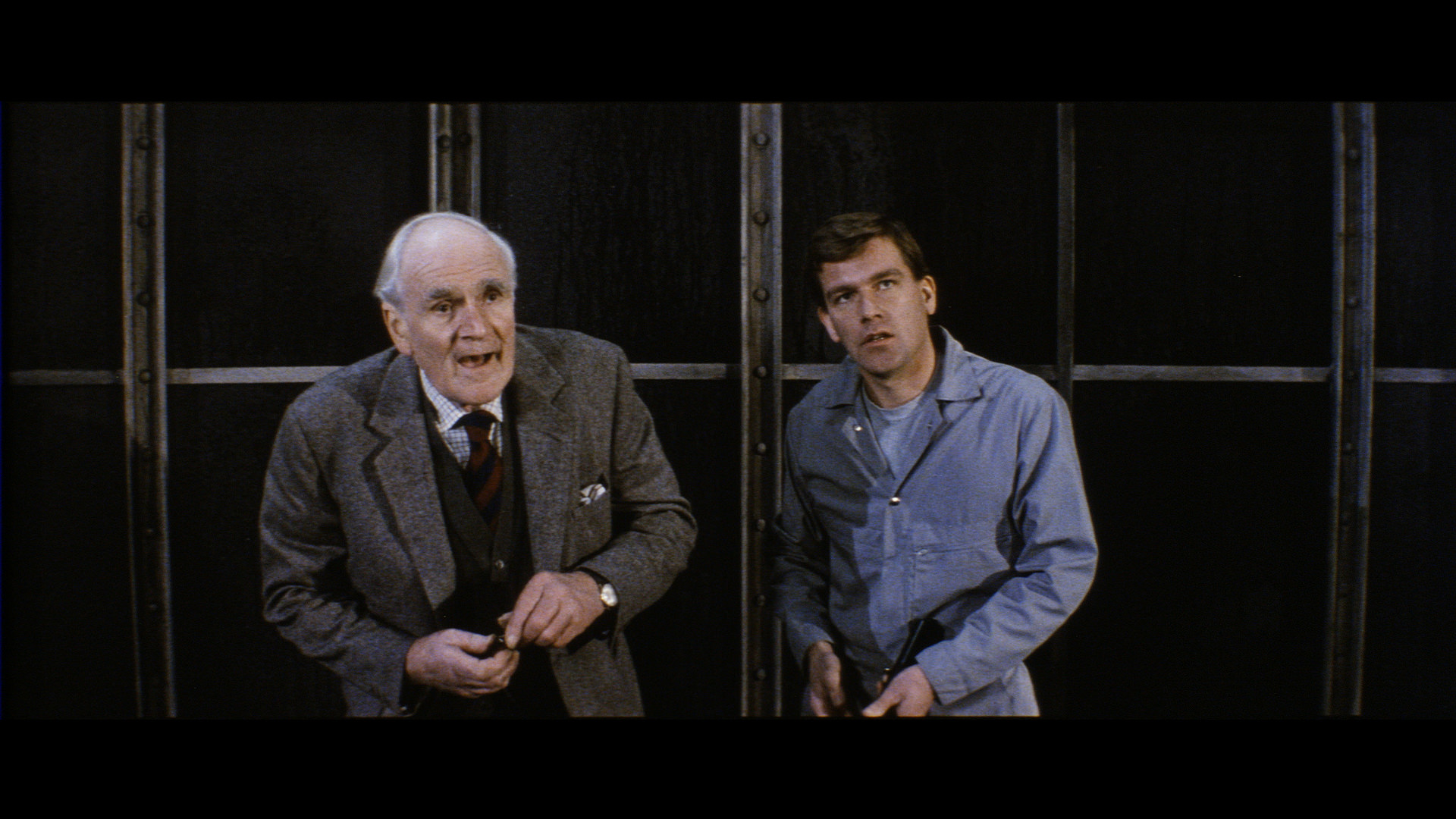 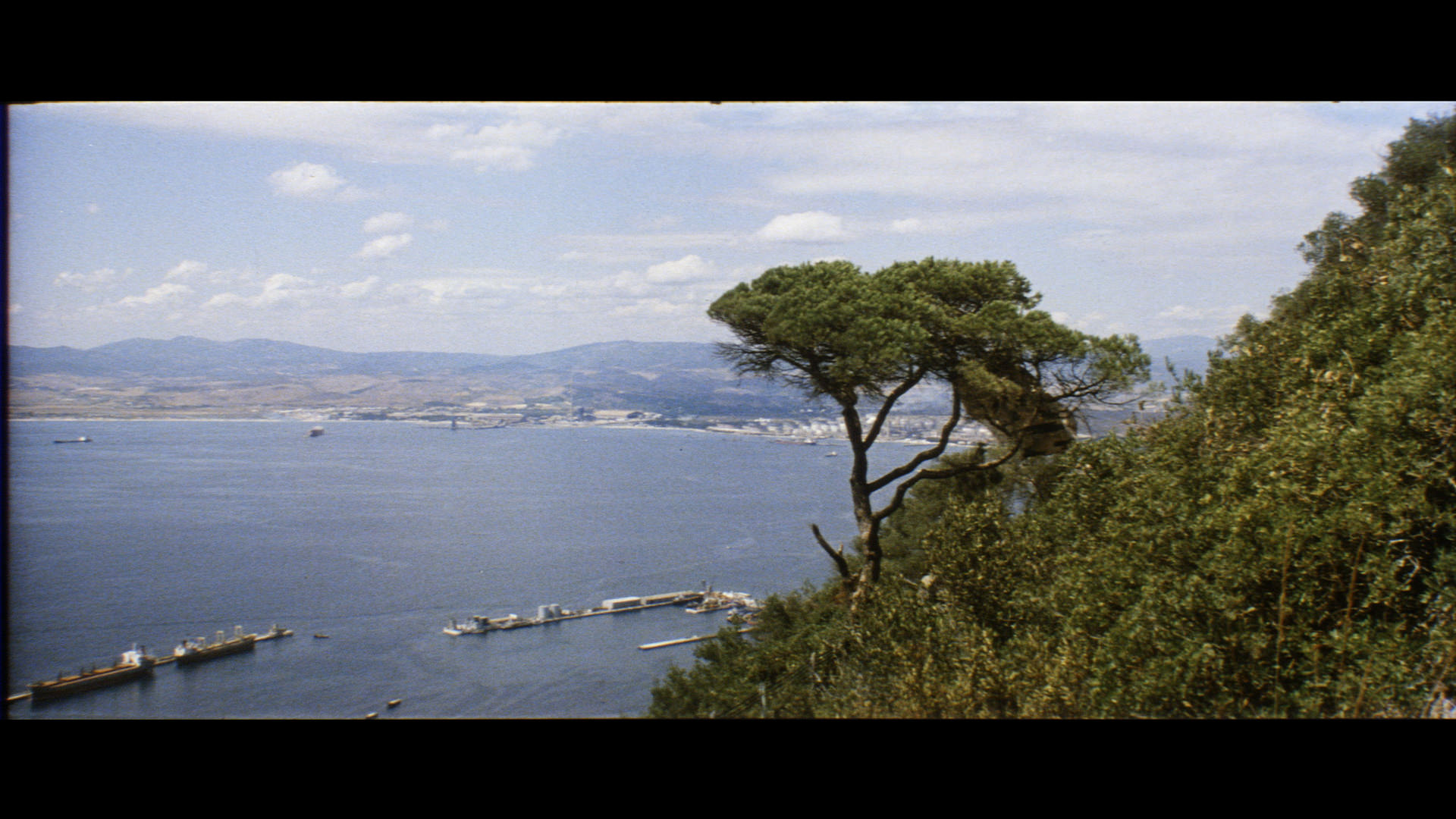 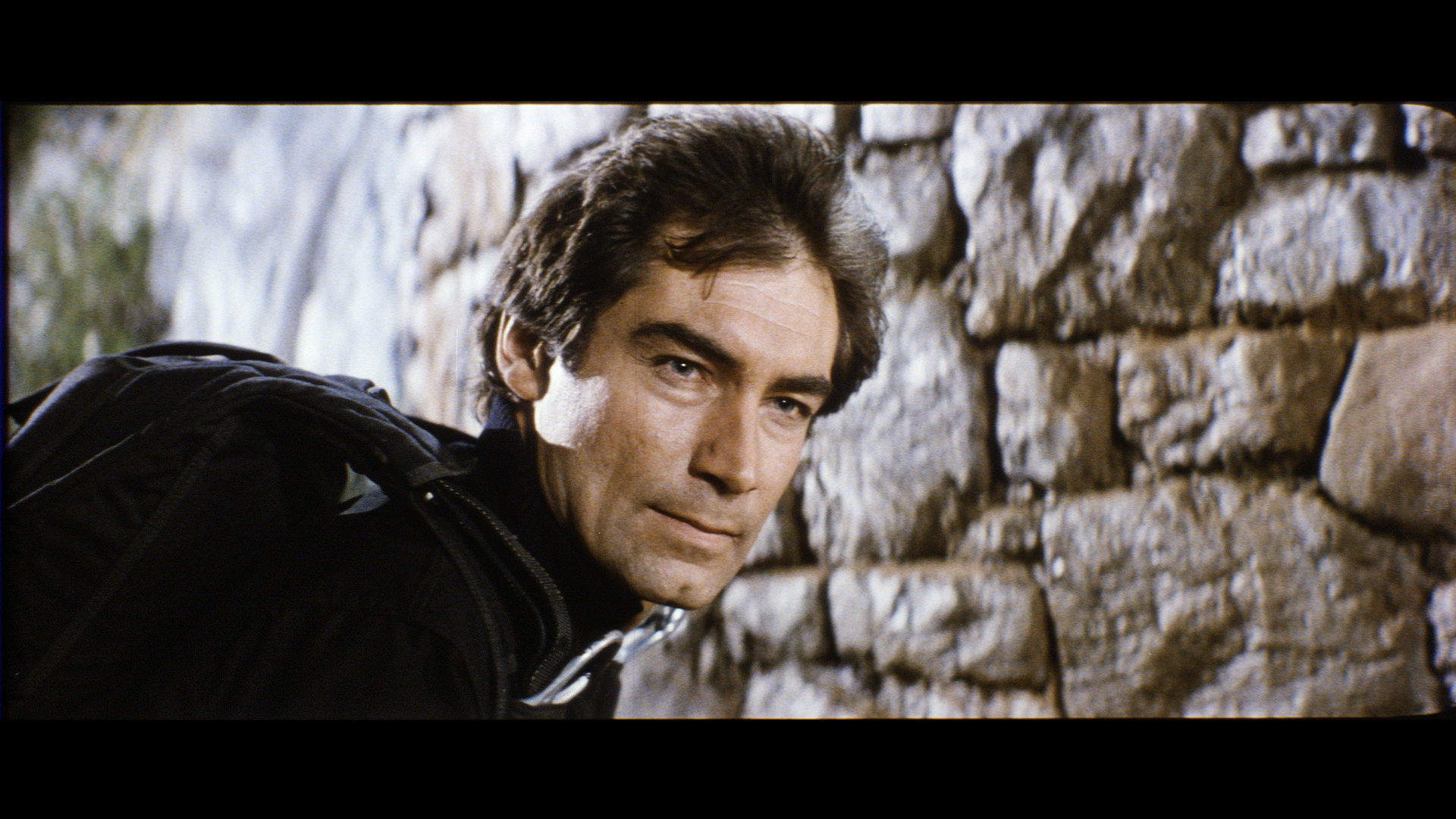 I just happened to watch the opening sequence on Hulu the other day and it was a terrible low-res upscale or something, so I turned it off. But this I would watch.

I was going to ask why a 35mm print would have an edge over the current Blu-ray… but then I did a comparison. The color timing done for the Blu-ray is a mess, and they’ve crushed a lot of shadow detail. I’m guessing this is the case with most of the Bond transfers (minus OHMSS – which has clipped whites)?

The issue with the Bonds is a mixed one - some of them look great on Bluray and they have done a good restoration job, others were rushed to meet the deadline and look awful. Really they should have restored them in batches instead of trying to do all 22 Bonds (at the time) at once.

The issue with the Bonds is a mixed one - some of them look great on Bluray and they have done a good restoration job, others were rushed to meet the deadline and look awful. Really they should have restored them in batches instead of trying to do all 22 Bonds (at the time) at once.

IIRC they basically did the great restorations for the most popular films, then rushed the rest.

I wish I could help this project, but all I can offer is cheerleading.
This is probably my favorite Bond film.

I think it was more determined by what order they did the films in. From memory most of the Sean Connery films were done well, but then Goldeneye which is by far the most popular Brosnan Bond is a DNR-heavy mess.

Maybe we should look for a GoldenEye print? 😉

All 6 reels have now been scanned, and from what I’ve seen, the whole film looks incredible. It will be a couple of weeks before I receive the full raw scan, but I should be able to post some more samples around Christmas time 😃

Looking forward to it. The colors are incredible.

Looks great Williarob, can’t wait to see this one 😃

I’m still downloading the nearly 2 TB of frames (it will probably take another 9 days, downloading 24/7 to grab them all) but I now have enough to put together a few samples. Here’s the first, from Reel 2:

This is essentially just the raw scan - the aspect ratio has been corrected and the contrast adjusted, but there’s no digital cleanup or color grading going on here.

Note: The audio is from the laserdisc. The optical audio track for reel 2 hasn’t been downloaded yet - it’s still in the queue!

Ah! What a beautiful new directive!!!
You’re right it’s definitely not color graded but already the detail is wonderful and the black levels are great!!