I was reading some old threads the other day and noticed there’s never been one for Ahsoka. As far as I can see character-specific threads have never been a big thing, but fans seems to have some wildly different opinions on her and I thought it would make a good topic. Ahsoka is definitely one of my favourite Star Wars characters.

This is a discussion about the character of Ahsoka Tano, her early days in The Clone Wars and development across the show, the decisions she makes, what the hell happened in the cave below the Malachor temple, as well as her potential role in The Mandalorian season 2 and beyond. Etc. What are your thoughts?

Look, I love her, I really do - but she really needs to go away.

I keep thinking “wow, enough with Ahsoka already” but then they show me what they’re doing with her and I’m like “OK… alright, you got me again. This is the goods.”

At this point, the idea of her being essentially the GANDALF of Star Wars is pretty cool. Seeing her make the jump to live action will also be pretty cool. Eventually, she’ll pass on, and it seems remarkable (or ridiculous) looking back how this complete RETCON of a person has surpassed so many other characters in the saga in terms of personality, arc, impact, and three-dimensionality, but the way it’s been done has always essentially justified itself, no matter how outlandish it seems on the surface.

I’ve changed my mind quite a bit about Ahsoka since she appeared on the scene. Back then I had mixed feelings to say the least regarding the prequels, and I also didn’t like the animation style of The Clone Wars initially, so Ahsoka had the deck stacked against her.

When I did start to warm up to The Clone Wars and Prequels, I still wasn’t big on Ahsoka. I didn’t like her attitude at first and wasn’t big on the idea of Anakin having a Padawan at all.

Then a funny thing happened. The character Ahsoka started to resonate with me. I found myself agreeing with her thoughts about a lot of things. I could see her struggling with how the Jedi were handling things. She couldn’t deny her own feelings, but couldn’t comprehend how she could be right and the Jedi wrong. She listens to Anakin and Obi-Wan because she respects them, and she learns a lot, but still has issues.

The end of season five was eye opening for her. She was able to see things more clearly from the outside looking in. Her skepticism really comes together. When we see her again, she obviously still has respect for Anakin and Obi-Wan, but is a lot more vocal in her defiance of the dogma. I think Ahsoka and Qui-Gon would have seen eye to eye. He saw it too. They were right. The Jedi had lost their way in a sort and Palpatine used their rigidity to play them like a fiddle.

Ahsoka brings a lot to Star Wars. She had a huge impact on Anakin and was most likely a factor in his fall as Palpatine undermined Anakin’s trust in the Jedi. Now whenever I watch The Clone Wars, it feels a lot more like Ahsoka is the main character and the entire reason for watching. Filoni is brilliant and Star Wars is in good hands as long as he is around. The end of The Clone Wars season 7 is some of the best Star Wars period. She is definitely one of my favorite characters.

Ahsoka is a great character, there’s no doubt about that. Seeing the prequels through the lense of her and Rex is just gold. Nobody can deny that after watching that CW finale. I very much enjoyed her in Rebels too.

If she shows up in any other piece of Star Wars, as long as Filoni is writing (which he will be because he is very protective of her), then it’s going to be great.

I agree with some of the statements above, because I really want to stop seeing characters that we’ve seen a hundred times before. Mandalorian is a leap in the right direction, because it’s not directly connected to anything within the Skywalker Saga. However it needs to get wierder, and i mean that in a good way. The stranger, and the less familiar, the better.

True, and I do hate Star Wars’ constant universe-shrinking. But if Din Djarin is searching for Jedi (or, at least, force wielders) isn’t eventually meeting Ahsoka the logical way to go?

I think we have a lot of Ahsoka still ahead, but when her time comes, I expect it to be huge.

I haven’t really had time to see much of The Clone Wars… but for two season the best episodes are ones with less of her. I get that this is one of those long haul things, but at the same time it also feels like a problem when other new cast members are immediately more engaging.

I haven’t really had time to see much of The Clone Wars… but for two season the best episodes are ones with less of her. I get that this is one of those long haul things, but at the same time it also feels like a problem when other new cast members are immediately more engaging.

Not to digress too far from the main topic of Ahsoka, but you could sample a few of the best episode arcs to see if it grabs your interest. Ahsoka is in many of them, but she isn’t always the main focus. The series touches on a whole lot of people and places. Lots of juicy Star Wars goodness.

And here is another someone else made that is really well done:
https://originaltrilogy.com/topic/The-Clone-Wars-2008-Episode-Guide/id/77657/page/1#1372992 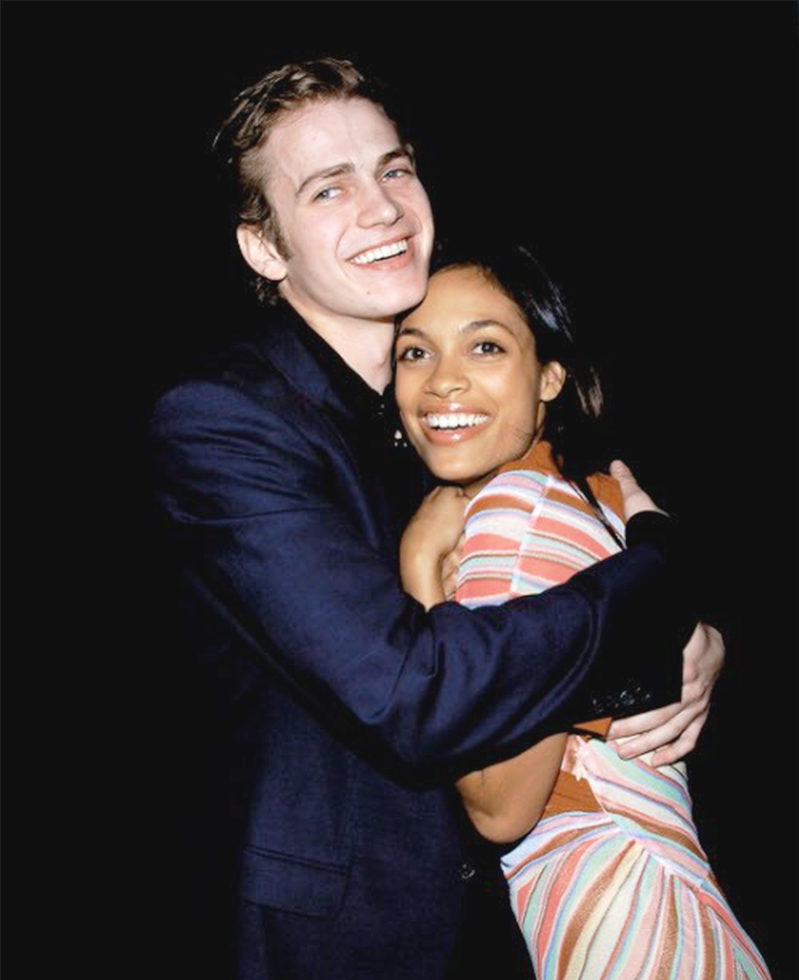 I think Ahsoka showing up in a cameo or as a supporting character in The Mandalorian and elsewhere is a great way to add a lot depth to whatever story they’re telling. We still follow the main character and their story, but whenever they connect with something larger, even if brief, I think it’s great.

Absolutely agreed. I think she should function more as a guide for the characters than a major player herself. She’s the best (living) person to inform Din Djarin about the Jedi Order, its history, and failings, and demise etc, and she can offer advice on what to do with the child, but I reckon she should maybe only be in one episode. After all, we’re likely to get a separate show about the search for Ezra at some point, and she’ll have to part ways with Mando to continue that quest.

Another prediction I have is that future seasons of The Mandalorian will get more involved with Mandalore itself. If Ahsoka directs Din towards her old part-time friend Bo Katan - who as you probably know is also rumoured to appear, reprised by Katee Sackhoff herself - I think it would be a really nice touch, having got to see their relationship in the Clone Wars finale earlier this year.

Look, I love her, I really do - but she really needs to go away.

She’s fine in the Clone Wars show. Dave Filoni sticking his OC absolutely everywhere is obnoxious, especially when it goes so far from where her character has any right to be. If she is in the Mandalorian (some people still say it’s just a rumor? I don’t know), I have no idea what purpose she’ll have.

Rebels ends with Ahsoka and Sabine going off to find Ezra. Sabine in The Mandalorian makes sense as she is a Mandalorian. She previously wielded the black saber. So she is connected. And Ahsoka is connected in the past to Yoda and the Jedi. Between Luke and Ahsoka, Ahsoka knows more about the Jedi, Yoda, and his species than Luke does. So the best person to answer Din Djarin’s questions is Ahsoka. What I’d like to see is a short arc, 2 or 3 episodes, that cause these characters paths to cross in a way that works for Din Djarin’s story. It would be great to start a live action spin off of Ahsoka and Sabine searching for Ezra, or even an animated series. But it needs to fit in and feel logical. And if Bo Katan and/or Sabine are in the series, it would be nice for them to take their helmets off and hear a reason why they can and Din Djarin can’t. More Mandalorian lore would be great. I really see including Ahsoka as a way to enhance this series and widen the galaxy rather than something that shrinks it. There is so much to the Star Wars universe that has never been touched on that this series has been covering and crossing paths with Ahsoka and Sabine on their path gives lots of chances to expand the universe.

Outside of The Clone Wars, Ahsoka only appears in part of Rebels, mostly in season 2. She isn’t everywhere, she’s just so popular among fans that it seems like she is.

Ahsoka was born 36 BBY and The Mandalorian takes place 9 ABY, so she would be about 45 years old around that time. The Rise of Skywalker is 35 ABY, so Ahsoka would have been 71 at that time, but since Rey hears her voice, I’m guessing that means she has become one with the Force by then.

I’d say we have a lot more of Ahsoka’s story still to tell. Can’t wait!