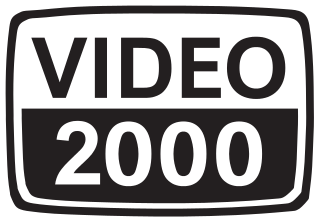 ‘Okay grandpa, just what is Video 2000?’ - I hear some of you young whippersnappers ask…

Video 2000 (also known as V2000, with the tape standard Video Compact Cassette, or VCC) is a consumer videocassette system and analogue recording standard developed by Philips and Grundig to compete with JVC’s VHS and Sony’s Betamax video technologies.

Designed for the PAL color television standard (some models additionally handled SECAM), distribution of Video 2000 products began in 1979 exclusively in Europe, South Africa, and Argentina - and ended in 1988.

Unlike Betamax or VHS, Video 2000 cassettes could be recorded on both sides (like an audio cassette) so doubling the capacity of each cassette, and the tape was entirely covered when the cassette was outside the machine to protect it.

The Original Trilogy on V2000…

Continuing on with some of the more obscure and oft-forgotten formats that the Original Trilogy saw releases for… a long time ago… on CED, on VHD, and on Video8 formats…

^ As the superb Techmoan put it so succinctly: “the format that finished third in a two-horse race”.

Back in a time where video players were prohibitively expensive for many - and also built like they could rise up and take over the planet in true Skynet style - given the sheer size, heft and build-quality of many a bulky machine in the late 70’s early 80’s… the VHS format eventually won out, unfortunately. The superior Betamax lost the battle of the videotape formats - and the even rarer V2000 is a format that many people today have likely never even heard of.

On the Star Wars front… there is some online formation for a release of Star Wars (1977) on V2000, and some scarce information for the V2000 release for Empire Strikes Back…

Yet given a complete lack of information online about such a release for ROTJ - even on some of the more detailed and knowledgable Star Wars collector / releases sites - coupled with the slow failing of V2000 format by the early-mid 1980’s… I just assumed both Star Wars and Empire Strikes Back saw V2000 releases just in the nick of time… whilst Return Of The Jedi was just too late to the party to see such a release. 😦

Digging a little deeper into the search (a long, arduous, and perilous Indiana Jones style adventure / typing words into google)…

I then found this online advert at todocolleccion for a Spanish V2000 set of the Original Trilogy - including Return of The Jedi:- 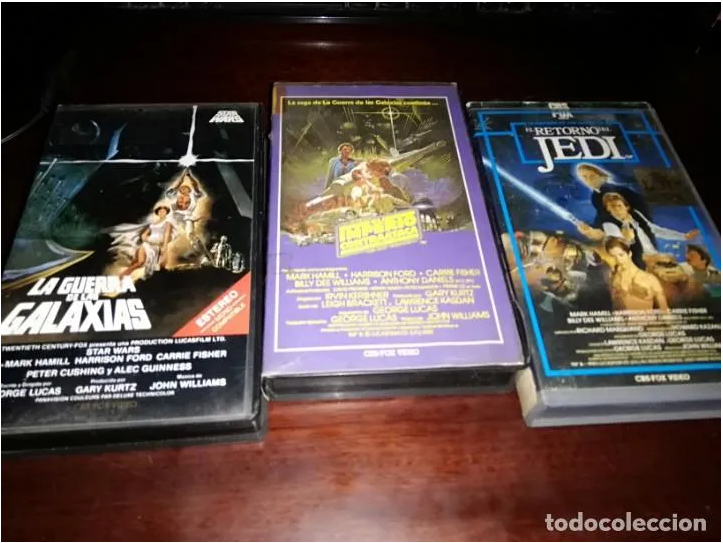 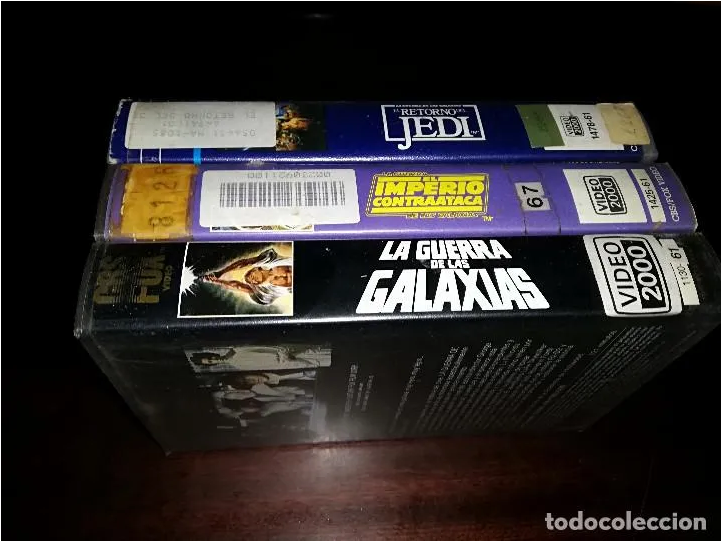 Then OT•com member benduwan confirmed that there was also a Return of The Jedi release on V2000 - in Germany - and very kindly sent me some information and images for his copy of it:- 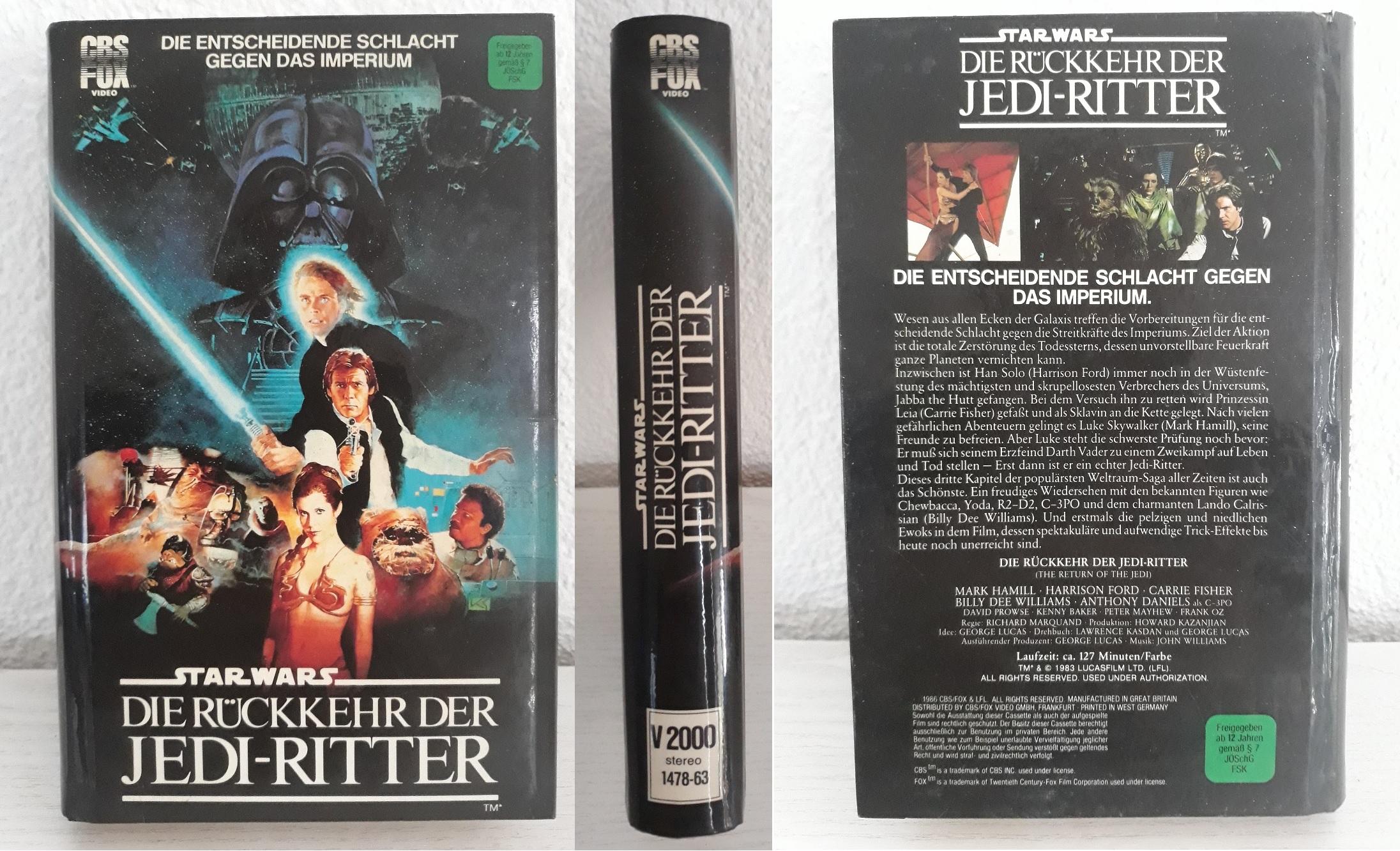 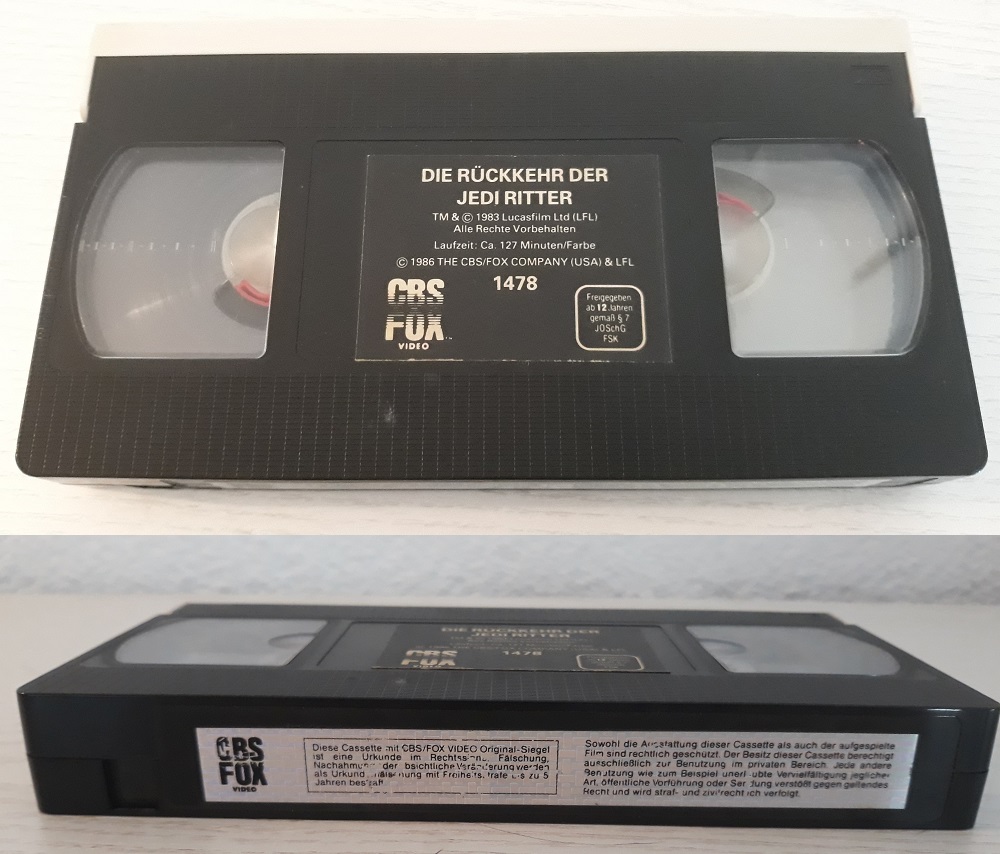 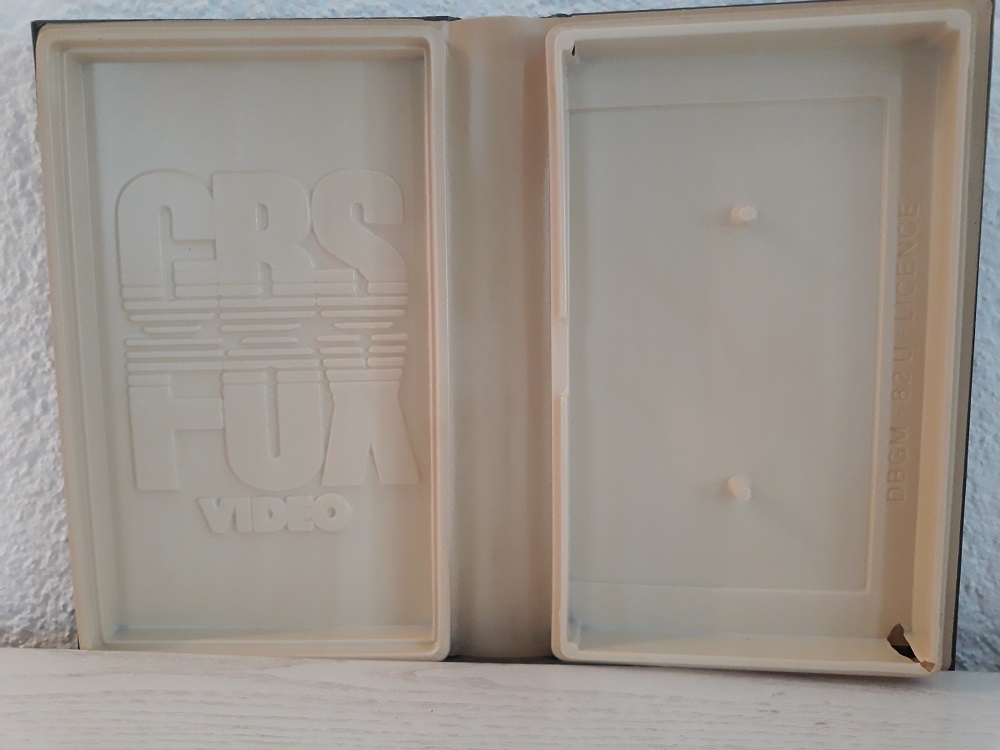 So Return Of The Jedi was released on Video2000 after all - and was readily available in Europe (or at least in both Spain and Germany).

If anyone has any more information as to the Original Trilogy releases on V2000 - especially for Empire Strikes Back and Return Of The Jedi please let us know - or post it up in here. 👍

A Spanish language poster for a CBS/Fox Video release for Return Of The Jedi:- 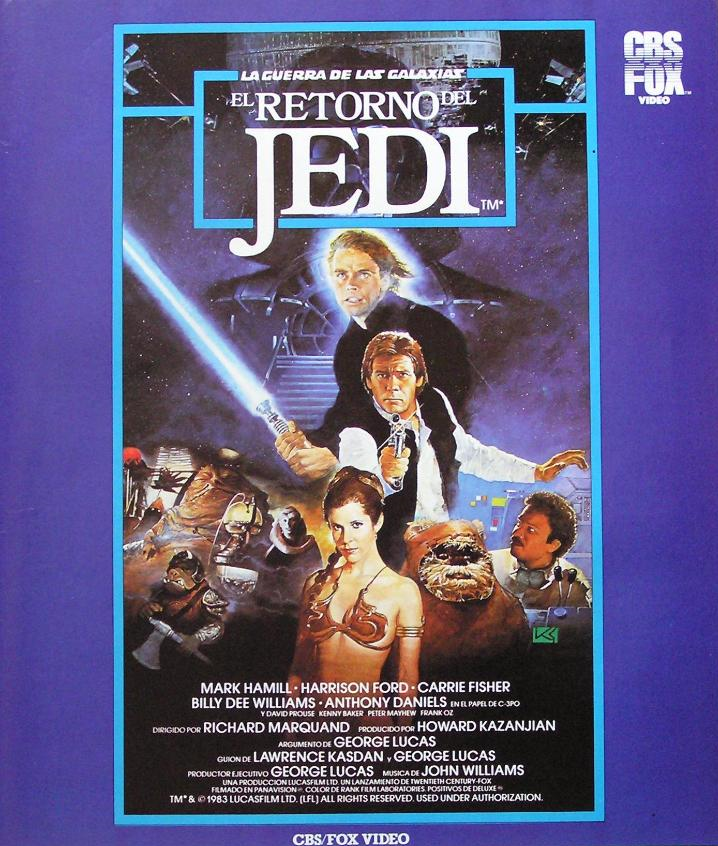 As can be seen by visiting projectcclarke’s quality website, there were also Video 2000 Star Wars releases for… 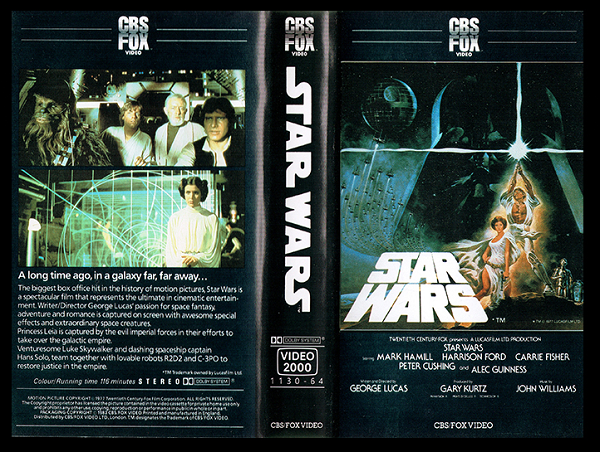 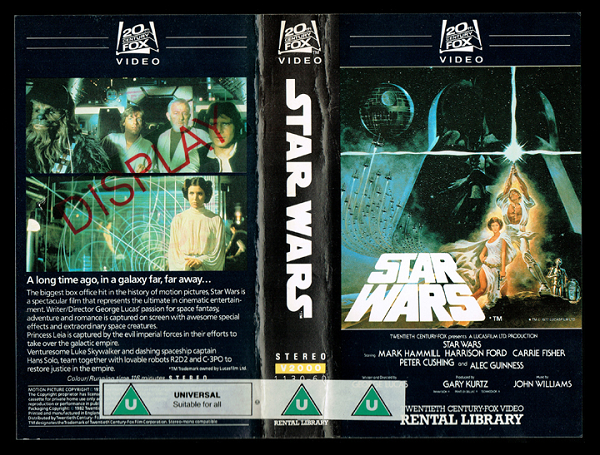 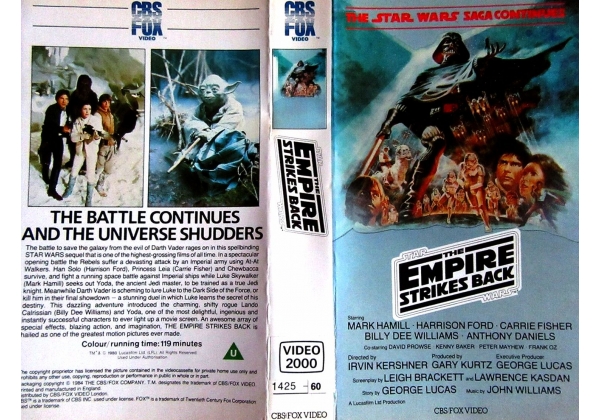 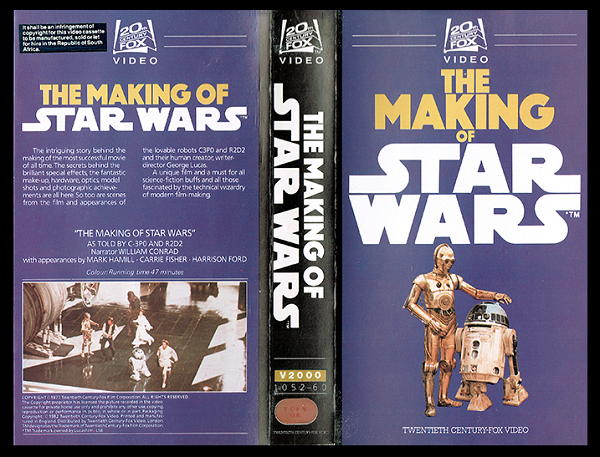 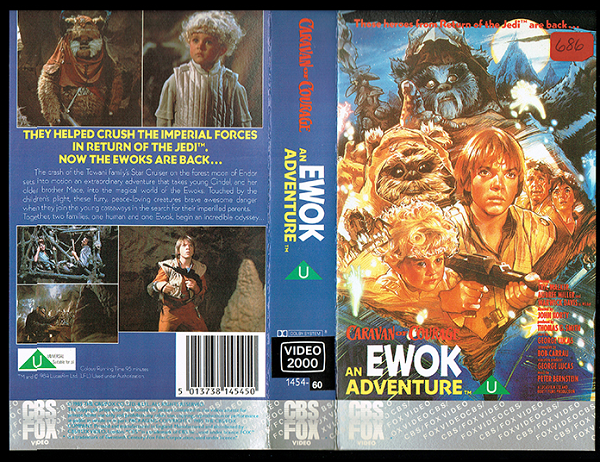 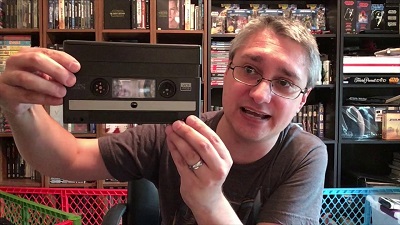 www.youtube.com/watch?v=UUo3_sDX-rU - a 10 minute video from the Nathan Butler youtube channel 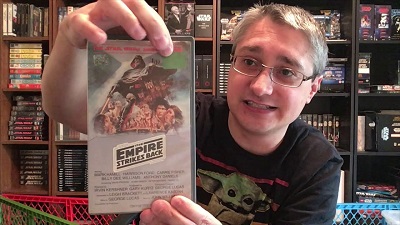 https://www.youtube.com/watch?v=NxZROT6Mn3U - a 9 minute video from the Nathan Butler youtube channel

^ though no information for Return Of The Jedi - and only one page for Empire Strikes Back. 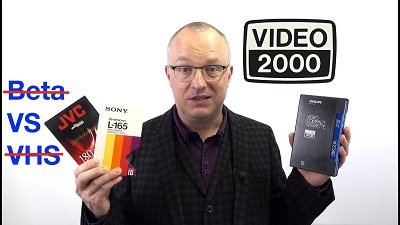 ‘Museum Of Obsolete Media’ Page for info on the Video 2000 format: https://obsoletemedia.org/video-2000 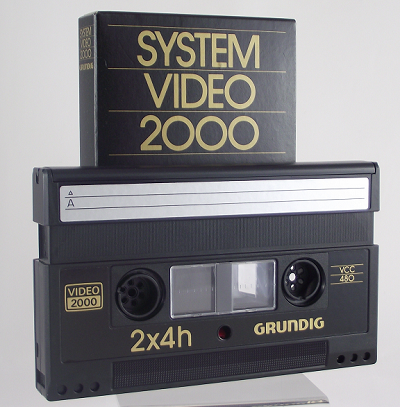 Plus, if you have any more information on the Return Of The Jedi release on the V2000 format please us know!