Could someone up this to MySpleen or somewhere similar?  I can't find this online anywhere...

The VCDs don't have a high-enough resolution for my purposes.  Thanks anyhow...

I'm not sad to see P/S die.  It may have been a necessary evil in the VHS era, but it has no business in the digital age...

i have two of them on dvd.

Sent you a PM.

Just looked at the 1080p MPEG-2 version and I'm rather impressed.  I truly hope you can keep this kind of consistency over the entire 2-minute length.

I’m working on a SE and Prequel extras disc, and I was wondering if anyone had already done a VHS-to-DVD preservation of the PT featurettes that were found only on various Star Wars VHS releases.  There were three of them:

Any info you could provide would be most appreciated.

Let us know how it turns out :)

I just got lost in the Amazon reviews in my try to search for a gift for my husband, a big fan of Star Wars.

I want to buy individual or pack collection DVDs, BUT containing also the original versions of the movies. If possible to have the cover also in the original design, that would be even better.

I'm searching for the entire series, all 6 episodes.

Basicly, I don't exactly know where to go and what to buy to be the right thing!

Would you be so kind and help a lost one? :) I will be forever greatfull.

There's never been one single box that has all 6 movies on DVD.  I'll break down your options for each trilogy. 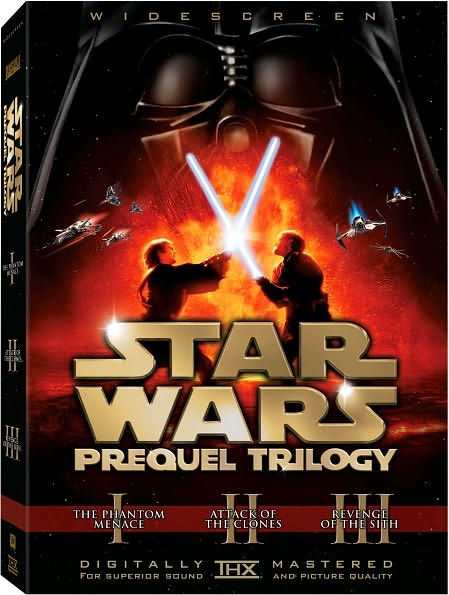 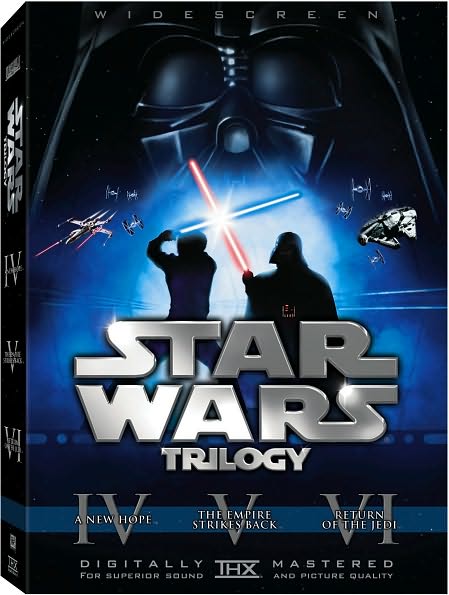 Or, you could get the movies individually in 2-DVD Limited Edition versions.  The disc content is identical either way.  Here's how they look... (NOTE: If you're going with the single-movie releases, it's very important that you get the "Limited Edition" ones, as the prior release doesn't have the original versions of the movies.)  Also, the Original Trilogy releases are out of print, so it'll be more difficult to buy them new.

IMO, the one overriding reason that the set can be "worth it" is for the 3 old-school documentaries on Disc 9.  The prices on the secondary market for legit versions of "The Making of Star Wars", "SP FX: The Empire Strikes Back", and especially for the Japan-only "Classic Creatures" LD together rival the cost of the BD set.

Yes, I know that almost everyone on this site has at least on LD-to-DVD transferred version of each of the documentaries (Rowman's for me) but to have a proper release is nice in itself.

And then the actual project's completion date will be right on its heels in 2021...
I think there was a mention of it in the "vaporware" article...
It would be appropriate, as it seems the project won't be out unti 20X0...
Sent you a PM, Metallaxis.
She? Her? Dude, you already blew her cover! There's only like 3-4 girls on the Internet, and only half of that number know about laserdiscs!!! Better start a legal defense fund...

Except for gold, which turns to DVD covers!
I'm really not sure whose cover it is. I submitted the profile quite a while ago, and I wasn't even aware that there was an official cover until recently. As I recall, I took the most visually appealing cover that I had on hand and submitted that one. At least the title on the cover is readibly legible (which can be a concern seeing how small DVDAF shrinks the images...)
For those of you who keep track of your DVD collection using the DVD Aficionado website, you can now add Deleted Magic to your online collection!

/submitted the listing myself a couple months ago
//surprised that they actually accepted it
///www.dvdaf.com
Definately got a point there... Pity there isn't a silver bullet solution for this sort of thing...
No way it's the Malaysian VCDs... Looks like one of the earlier HK bootlegs to me. Maybe it's the LOOK version?

No offense, MBJ, but I don't think that shiny menus would really enhance this disc. I see it as the first chance people who don't frequent SW conventions or similar events to get their hands on a item like this. I know that's my attraction to it...
If you want an "appropriate" cover for Backstroke, you might do well using one of Catofong's designs...