Still gotta make a cover for Solo, too…

Have you gotten around yet to tackling a Solo cover to match your series? Great work, btw!

The answer is now yes! … or it was a while back and I forgot to upload it. I also apparently forgot to render out a “Saga Spine” version, which will have to wait, but in the meantime, here’s the “theatrical spine” version: 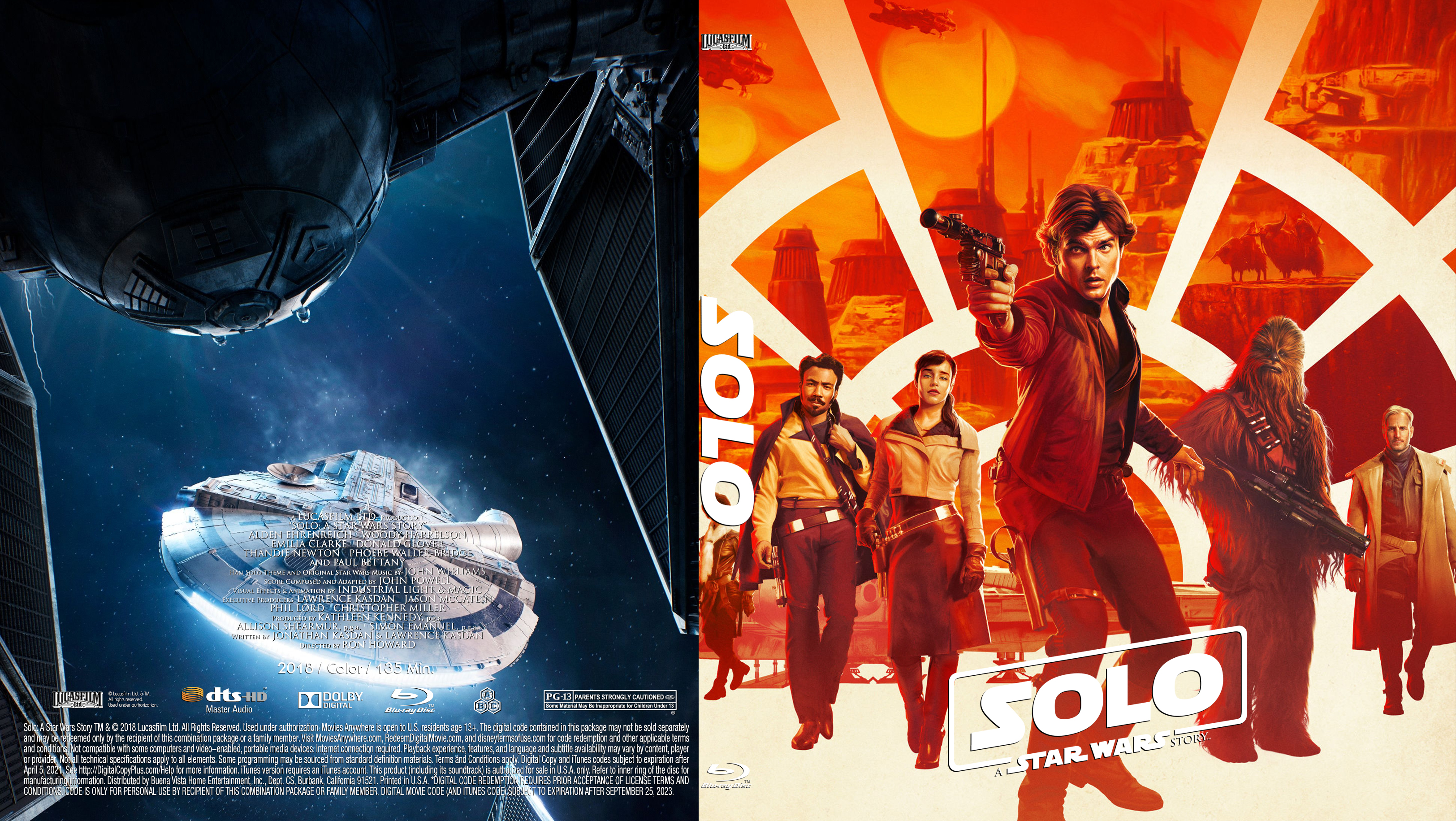 I absolutely love all your cover art. One of the best creators on here. I was wondering if I could be cheeky and ask about getting this Solo cover with the title as The Coaxium Heist. Digimods is my go to fan edit for that film and I also really hate the title “Solo”. Obviously using the logo digimod used for his fanedit.

Would love a link, this looks perfect for an abridged viewing before the second season comes out.

Interested to see if a decent editor could make this flow as a movie.

Could you send me a PM of the Palpatine version please? I am so intrigued to see how this works. This trilogy needs cohesion desperately, so these attempts to foreshadow Palpatine’s return would be greatly welcomed.

I thought it was awful. Kind of enjoyed it in the moment though, in that it was total cheese. But in the long run I won’t see these films as being part of my head canon.

Which is unfortunate as there are certain elements I thought they did get really right, Adam driver as kylo ren had potential to exceed Vader (mainly because we could see his face and really see his conflict).

I thought the rapport between the new main cast was excellent and fun. It was the one of the few times I felt something when they reunited at the end of this film.

That’s pretty much where my praise for these films ends though. The return of palpatine in particular is too much for me to take in stride. There were decisions made in The Last Jedi I didn’t really like, but I could live with because at least with the decisions surrounding Luke, they are somewhat rectified by the end of Last Jedi. He goes on a new journey to overcome his failure and realises he can be the spark of hope to reignite the rebellion or whatever.

Unfortunately, there’s no coming back from the fact that Vader, didn’t actually kill the emperor at the end of RotJ.

are there any plans to restructure the start of this film, to try and make sense of the plan to save Han.

I can understand if not, as it is ‘revisited’ rather than ‘restructured’. But really think this is one of the weakest parts of the film.

Some new ones based off the '94 VHS covers. I know Moth3r did them before, but I couldn’t resist… anyway, I wanted to see if I could based on the limited resources I have! These are Perfect! would you be able to PM the link?

For me, knowing that it has taken 7+ years to complete ESB Revisited, the idea of encouraging Adywan to work on the prequel trilogy revisited seems akin to handing down a life sentence. Portman and Christensen are such dullard planks of wood at the core of the films, add in the peripheral awful toon characters of Jar Jar, Boss Nass, Grievous, and that Monsters Inc guy from the Diner. Even normally reliable actors Terrence Stamp and Sam L Jackson seem barely awake. Can the prequels be improved, sure. Can they ever be great, no. No they cant, it really is as simple as that - and I think deep down every one of us knows that.

Spending 7-8 weeks cutting together a fan edit is one thing but the effort required and the perfectionism that we all know Ady would put into the PT revisited project… it feels irresponsible to encourage someone to waste possibly 10+ years of their life. The prequels aren’t worthy of him.

I’d love to see him complete the Revisited trilogy in HD for Star Wars, Empire and Jedi… and then let him sit back and take a well earned rest - that is service enough to Star Wars, by god it is and we are so thankful! The prequels just seem like such an exhausting amount of work, hours, weeks, days, years - and at the end of it they will still be crap because no matter what you tweak you cant recast Christensen and Portman.

Adywan seems like a really nice guy and he seems up for the challenge, but i’m not sure that I would wish that on anyone. Would you?

Gotta say I think I fall on this side of the argument these days, whilst there could be an interesting story in the prequels, I think it was so badly executed it is beyond saving. On the other hand I feel ROTJ is close to being a decent finale but just falls short and that Adywan could really do an amazing job. A bit of a trim to certain segments and a rejig of others and the film is really good. The scene at the shuttle between Anakin and Luke just before leaving the death star blows anything from the prequels out of the water and is up there with the best scenes in the whole trilogy for me.

I was just wondering, was the plan to cut out Boba Fett completely? Jedi rocks is going I assume, but will the old song be going back in? it’s not really much better. I really dislike the SE editions of Coruscant, Cloud City, Naboo and all that, Is that going to be kept in?