However, the spoken dialogue is appearing in the right ear when played back on stereo headphones. The scenes ripped from the game don’t appear to have this issue because they were stereo to begin with.

If you revisit this edit again for a V2.5 or V3, can you re-encode the 5.1 audio so the dialogue is in the centre channel?

Also, I don’t mind if you upscale the game footage to 1080p or even keep it at 720p but render the film footage in 1080p. Most of the film is not game footage so it will benefit from the higher resolution.

This looks fantastic! Can’t wait to see your work on ESB!

I do have the odd good idea from time-to-time. ^_^

I have had an idea of a shortened cut since it came out on HBO Max. With the blu-ray now released I wish to commence a fan edit reducing the film’s length ideally by 60-90 minutes. There are lots of scenes that just linger too long and aren’t necessary.

I wish to also incorporate some of Snyder’s footage from the theatrical cut such as Aquaman’s “dressed like a bat? I dig it” line.

I was wondering if someone such as DrDre would be so kind as to create a LUT regrading the theatrical footage as close to the Snyder Cut as possible so that footage will seamlessly fit in.

Additionally, I wish to crop the film to either 1.78:1 or 1.85:1 aspect-ratio which was the originally intended framing of Justice League based on the trailers and footage released prior to Snyder’s departure.

I would appreciate any help with grading some footage and ideas for how to focus the edit.

Thanks but tachikoma has shared what appears to be a TeleSync so I’ll see how this goes for now. 😃

I recently found my old Avatar blu-ray and was watching the trailer on YouTube when I forgot it was originally shown in 2.39:1 aspect-ratio.

I wish to crop the film shot-by-shot as close to how it was originally shown in cinemas.

I have been trying to locate a the telesync copy of the film to use as a guide but have been unsuccessful. Tachikoma originally was gonna do this project but was unable to complete it due to technical difficulties.

If anyone can PM me details on locating a copy of this please do so.

Update: Have located what appears to be a TeleSync so I’ll see how I go with it. It would be amazing if we could get a hold of a cinema DTS disc for the film to sync it to as well.

Update: 16/01/2021 - I have decided the upfront financial cost of potentially going it alone and little-to-no response is reason to cancel the project. Perhaps it’ll be relisted and people decide they want to do it later.

I have just come across what appears to be a Super 35mm print of Funny People. The print looks like it’s in very good condition and this is one of my favourite Judd Apatow films. It also features fellow Aussie Eric Bana being is amazing self on screen.

I wish to take pledges now and collect money once we’ve figured out the total costs. The print is for auction on eBay so the final cost is unclear, but it’s currently sitting at £350 with no bids, plus approx £150 shipping to Australia. My preferred donation method will be PayPal because I’m unfamiliar with cryptocurrencies.

I should be able to win it but it’s going to expire in 30 hours I’ll have to get quotes for scanning next week. If anyone can recommend a scanner in Melbourne, Australia that would be appreciated so that it keeps costs lower.

Below are images I’ve included with the blu-ray frame outlined over the print to show how much has been cropped out. 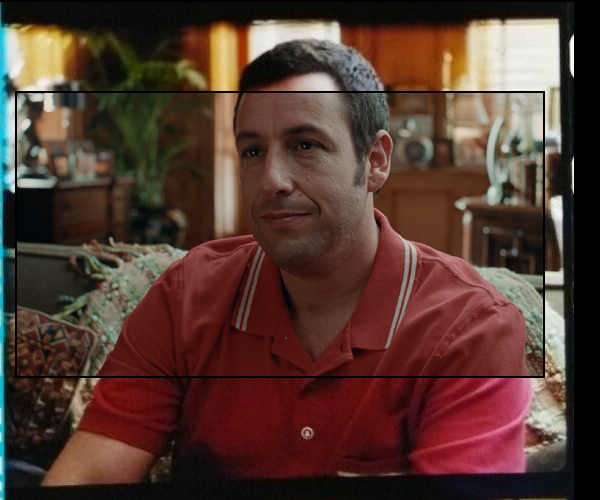 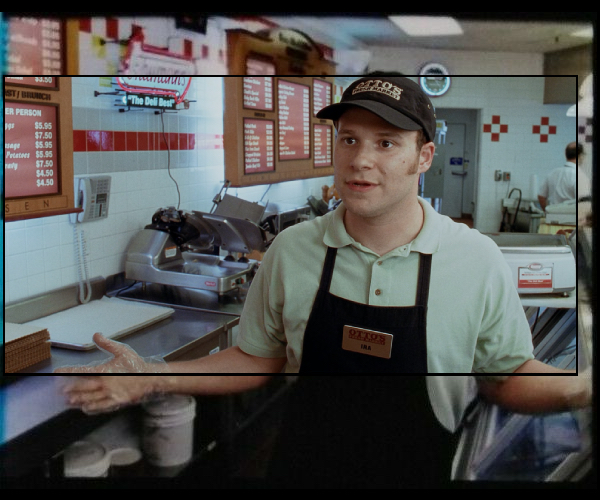 Has anyone here received the link? What’s it like? Can’t seem to get a reply from the poster/editor

Likely because it has been a few hours since you sent them a PM - and it could anything from hours through to weeks before you receive a reply.

To be fair, I asked for a link to download their Hateful Eight Extended Version edit in September 2019 and still didn’t get a reply. Sometimes people miss things.

can I have a link?

Please read above. The project isn’t complete yet and yet people keep asking for links. Do people even read?

And in the first shot as the hologram appears, there is a strange animated painted blue blob that appears for a few frames over the hologram on obi-wan’s hand

That doesn’t appear in the 1997 version

I believe it’s the bottom of the jar, behind his hand.

I have a few suggestions, sorry if others have already mentioned them.

I have so many but I’m thinking of doing an edit of this one day myself. Can’t give you all of my secrets. 😛

That worked like a charm, thank you! Last time I tried that with the audio it stuffed up the video. Thanks for the tip!

Whether that will easily sync to the NTSC 4.1 once you have the file running at the right speed is a different story.

I’m gonna have to edit the special edition DVD to match the theatrical blu-ray to find out.

I think eac3to should be able to take the audio from your PAL video and convert it to NTSC speed (lowering the pitch to its correct…uh, pitch in the process), but I don’t know the command offhand for that and also don’t know if that’s available for Mac.

I heard that meGUI also works for stuff like that but I don’t think I’ll need the DVD audio after all if I can get better audio from the blu-ray.

I am working on an Aliens project preserving the original colour and audio of the theatrical release.

I found the Aliens Special Edition THX PAL DVD at my mum’s house and I own the blu-ray. My goal is to have the DVD video synced to the blu-ray 4.1, fan-made 4ch stereo audio and subtitles.

I am using Mac so any solution for that would be preferable, I can use Windows as a last resort but it’s been 10 years since I used it regularly.

My eventual goal is to try to colour match the DVD to the blu-ray but I’ll settle for this for now. Thanks in advance for any help with making this a reality.

The project is moving forward, with the usual hazards for this kind of project (we are still waiting for a new 4K sensor that is stuck somewhere by a Japanese supplier).

In the meantime, I’ll post screenshots made from the first test scan (720p) ASAP so you can compare raw colors to official releases.

And as Omni and RU.08 say, it’s a long way, you’ll need to be patient… I’ll keep you informed of course!

Have you posted screenshots from the test scan yet? If they’re elsewhere, I don’t know where to look.

Where can I download this version of The Empire Strikes Back?

I wouldn’t if I were you. There are much better options available today.

Harmy’s versions are more accurate to the original experience but I still love this version. The colours may be different but they lend a freshness to the image. The reverse effect to uniform cyan tint on the 2004SE or the magenta fade in the GOUT. It plays perfectly well on my by modern standards small telly. It’s still the one I watch most because my stupid media player would constantly go out of sync playing Harmy’s disc images.Something I can’t fix in the settings. So I’ve only seen his versions a couple of times on my even smaller computer monitor.

I mean, if we’re going with SD, I prefer Dark Jedi’s GOUT V3, which actually makes the GOUT watchable. DED 2.0 is pretty damn great, but I personally prefer Grindhouse, since it is 100% theatrical and 100% HD. The colors suck though.

EDIT: I know the colors are intentional on Grindhouse, and I appreciate the work that was done, but they’re a little too off for my taste.

You should download Dreamaster’s “ESB Grindhouse Dreamastered v2” release. They did an amazing job to add colour back to the film and make it more watchable. Until 4K80, it’s the best we’ve got IMO.

Just downloaded this and can’t thank you enough. My only question is:

If you edited the audio track using a combination of different elements to recreate the theatrical version, why didn’t you remove the “Thanks 3PO” line from Luke?

I just downloaded a 6GB 1080p WEBRip of the Open-Matte version. It has hard-coded Russian subtitles at the bottom-middle of the video for locations and the Hawkeye in Japan scene (unlike the stylised subtitles for the home and theatrical releases). I have the 4K SDR WEBRip (theatrical aspect-ratio) with zero hard-coded subtitles (even the stylised ones).

I figure, a combination of the 1080p blu-ray and Open-Matte WEBRip, and the 4K SDR WEBRip, they could be used to improve video quality of the Open-Matte release, and perhaps remove foreign subtitles in the Hawkeye in Japan scene.

Bluebird released a 30GB Open-Matte for Infinity War using blu-ray footage some time ago, but it still had hard-coded Russian subtitles accompanying the English location names. It was probably not possible to disguise cos the text is at the top which is from the Open-Matte.

I don’t have the time or and skill to 100% match the higher quality footage to the pixel and frame-by-frame. I assume Bluebird will attempt it eventually, it just might take several months to a year for a release.

Bumping this post cos I want this done too. I was thinking of doing it myself but I have very limited experience. I can colour correct, but I do not have the ability to fix the robots lasers to make them purple again, etc.

It would be nice to have an ultimate version of Terminator 2 with the detail of the 4K disc, but the colour timing and grain of the Lionsgate transfer. I also have the theatrical stereo mix which can be played as a 4-channel stereo mix on compatible receivers for the original theatrical experience.

Has anybody brought up that transition during the beginning with the maps that goes green? It happens a few times during the prologue.

Comparison image (bottom is 44rh1n’s regrade believe it or not): https://i.imgur.com/dv98iXc.png

This site isn’t here for requests based on the whims of users. If someone is interested in creating their own project that’s one thing, but asking others to do the work for them is another.