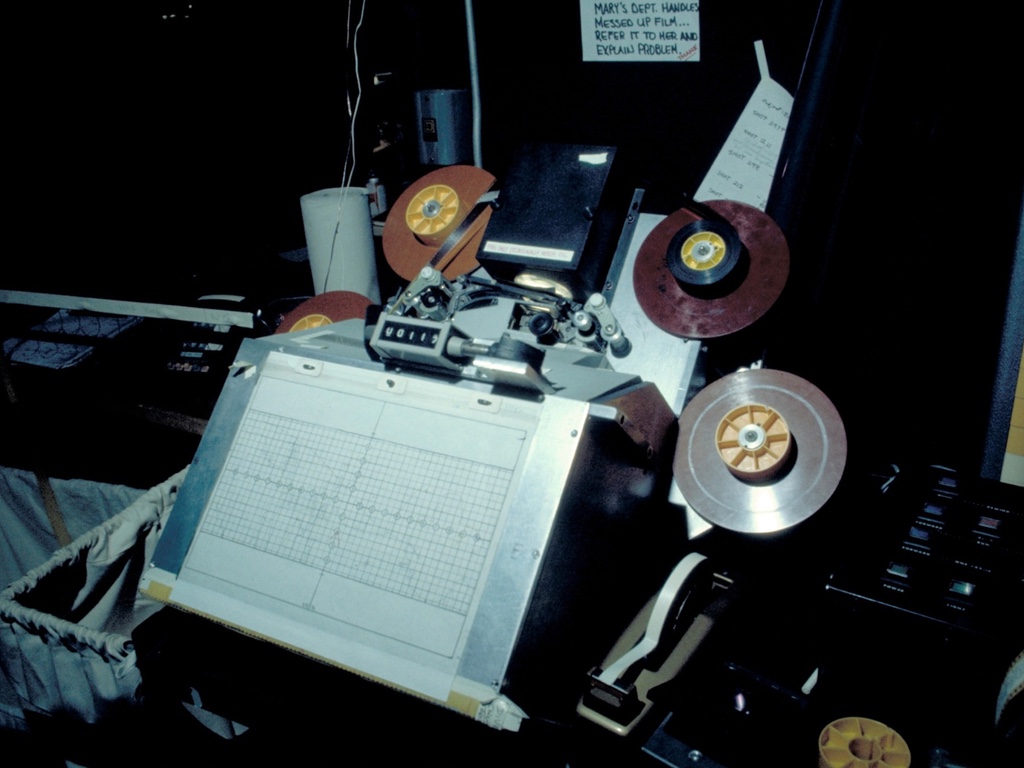 “At ILM, its VistaVision Moviola, made from a cannibalized movement (interior mechanism) extracted from a Technirama VistaVision camera.” - The Making of Star Wars by J.W. Rinzler

As a huge fan of the movies of the original trilogy and a long time researcher of the miniatures built for them, I went out on a limb and purchased this roll of VistaVision film purporting to come from ILM-Van Nuys: 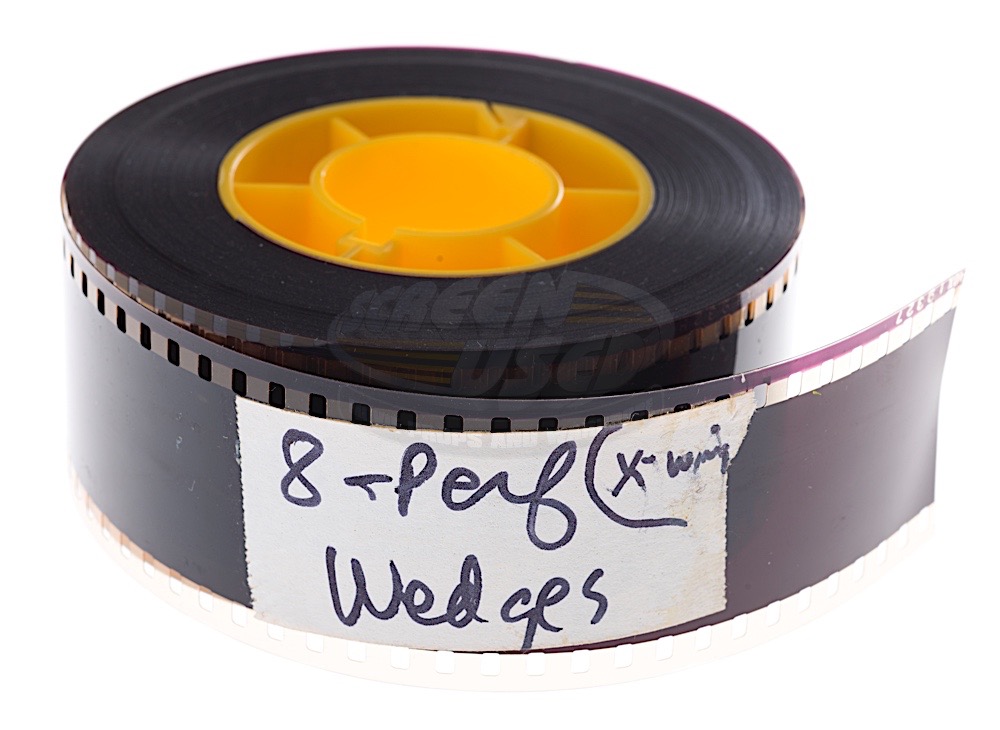 What interested me most about the roll of film in this auction what I could make out of a few of the light table scans in the auction web page: 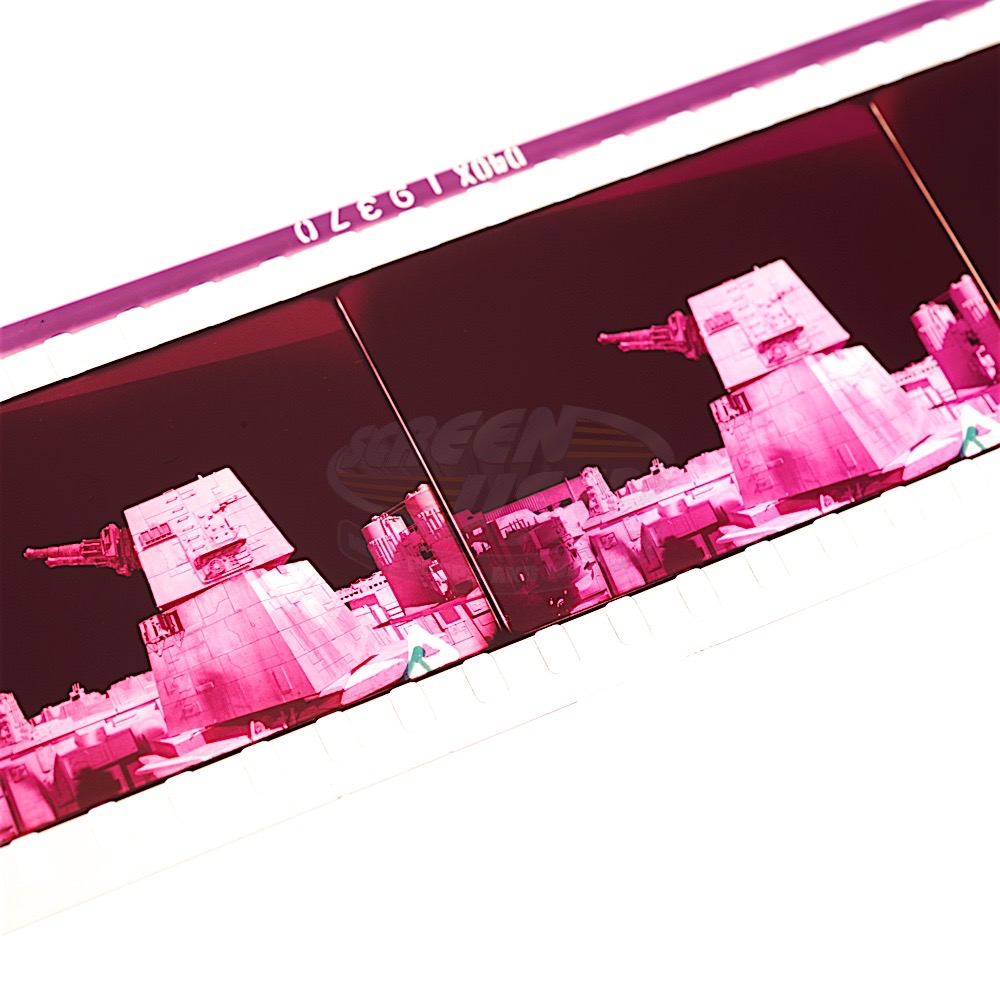 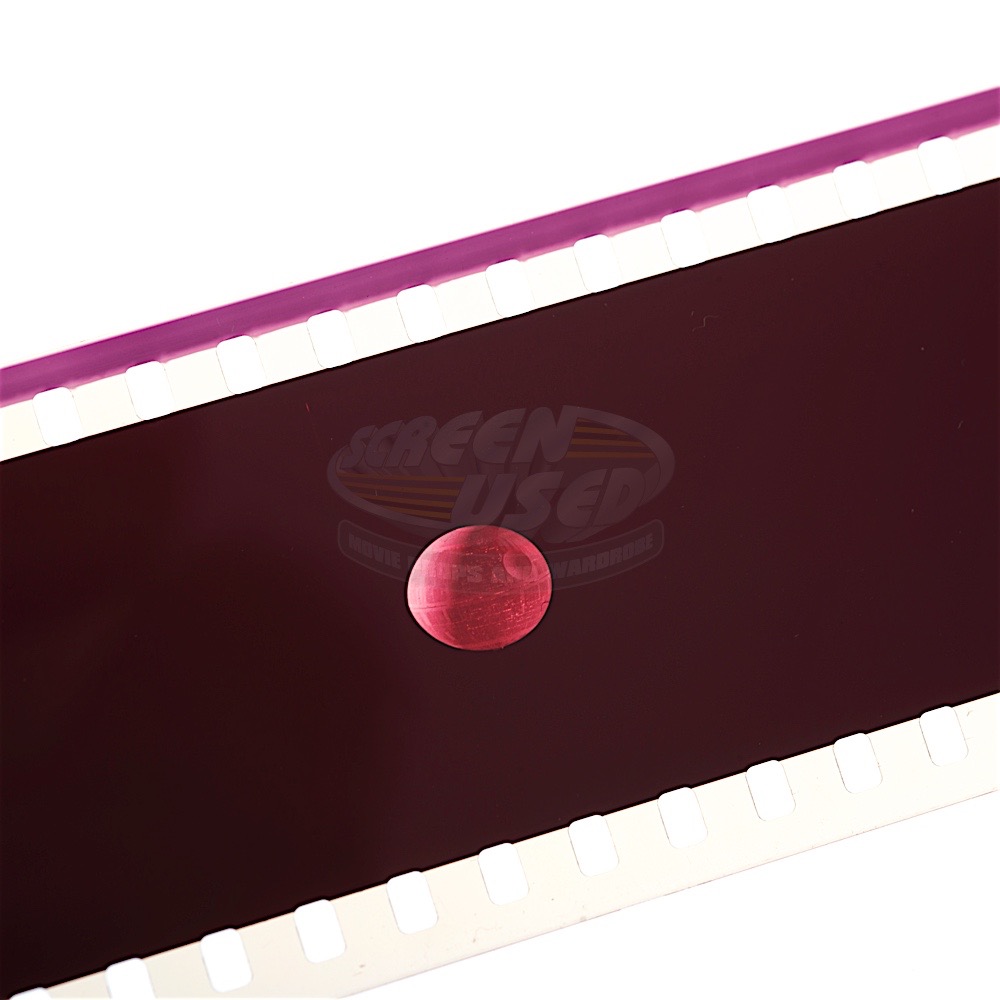 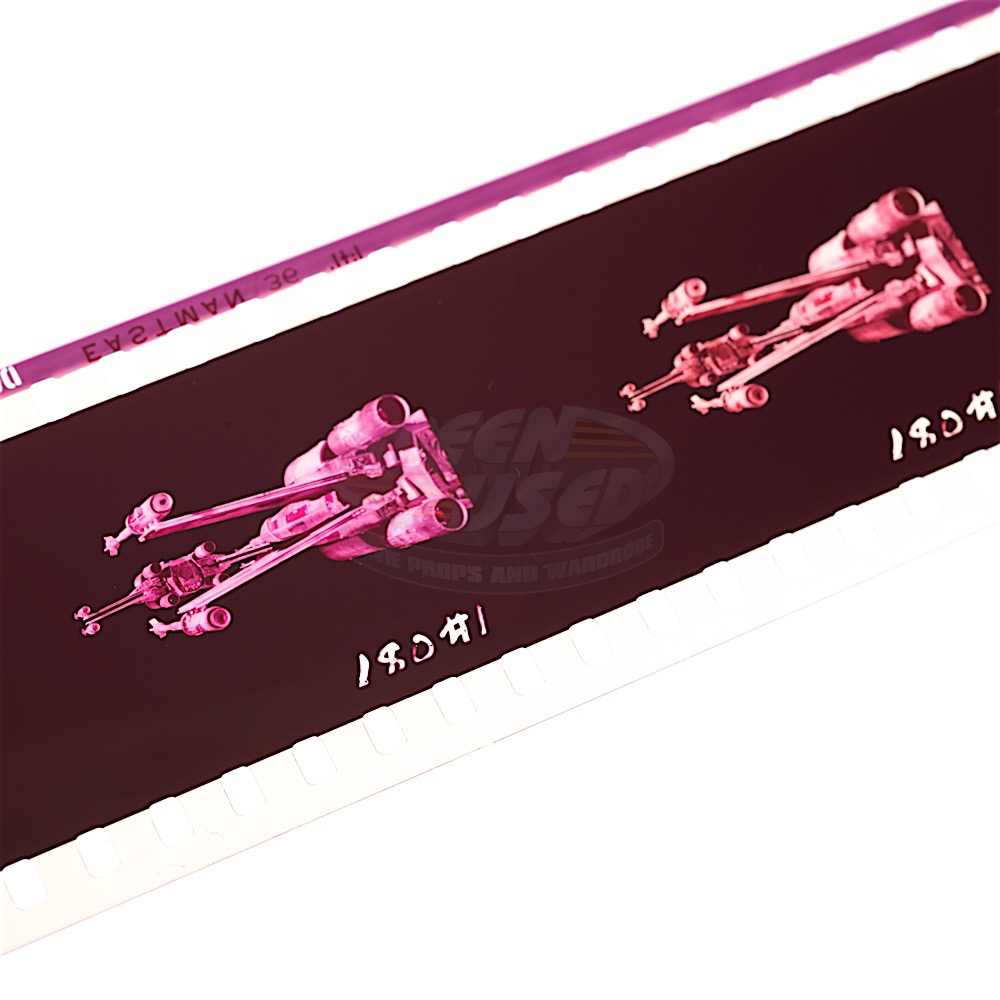 From what I could make out, the roll contained a series of individual visual effects elements which would be composited together for some of the most iconic shots in the first film. So I eagerly bought the roll and contacted a friend in the film industry to see if we couldn’t figure out a way to have it cleaned, scanned and preserved.

Here’s the roll now in my shop, sitting amongst a very small portion of my collection of ILM-Van Nuys-sourced miniature ephemera: 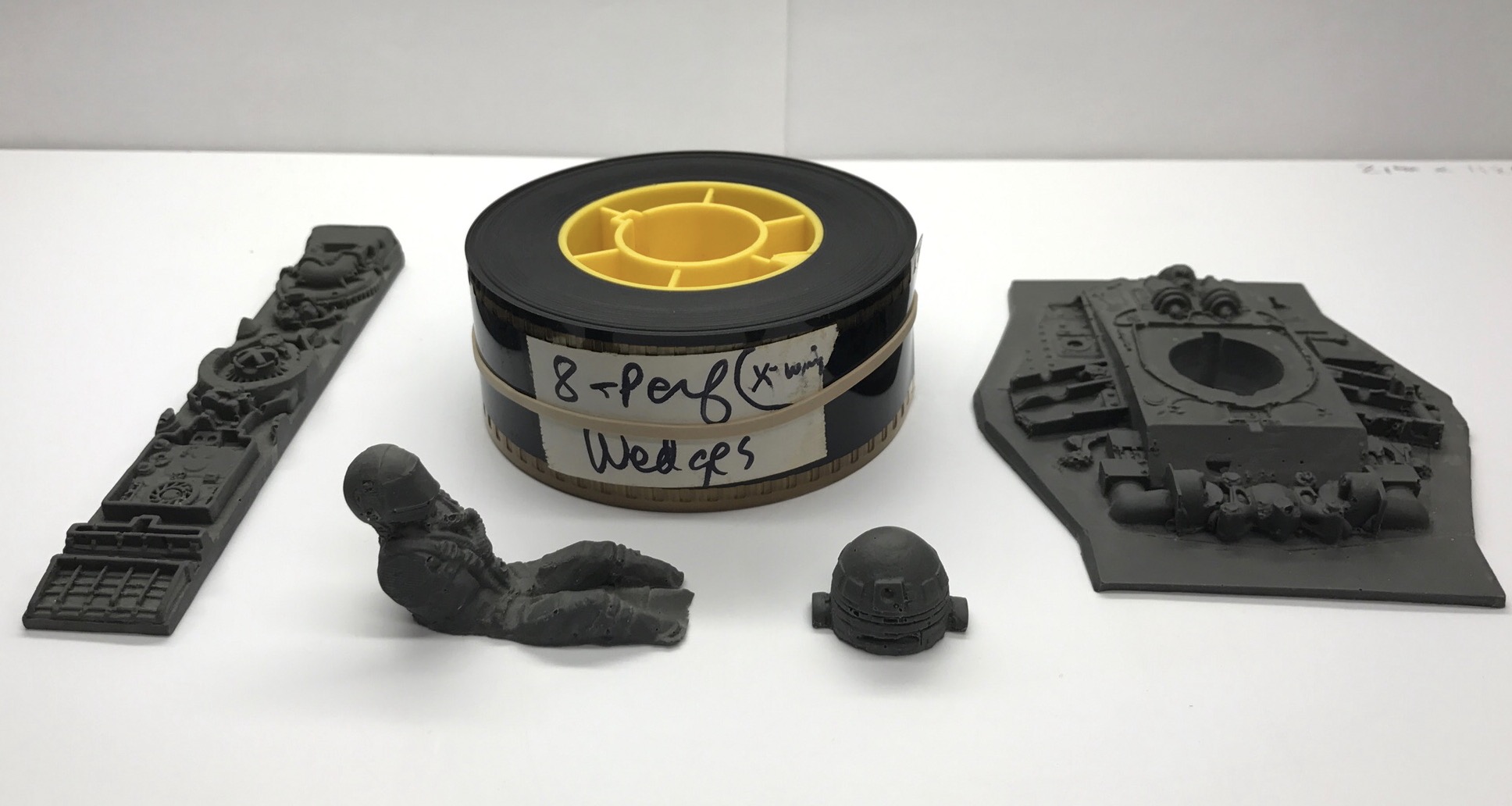 It took some doing to find a lab that had the necessary equipment to mount, clean and scan what is by now a quite ancient film format. After being turned away three or four times, my friend in California found a place that was willing to do the job, and once they realized what we had, were even excited about an opportunity to assist with the preservation of something this rare.

We’re still processing the results of this scan, but here’s a preview of what we found on this small reel: 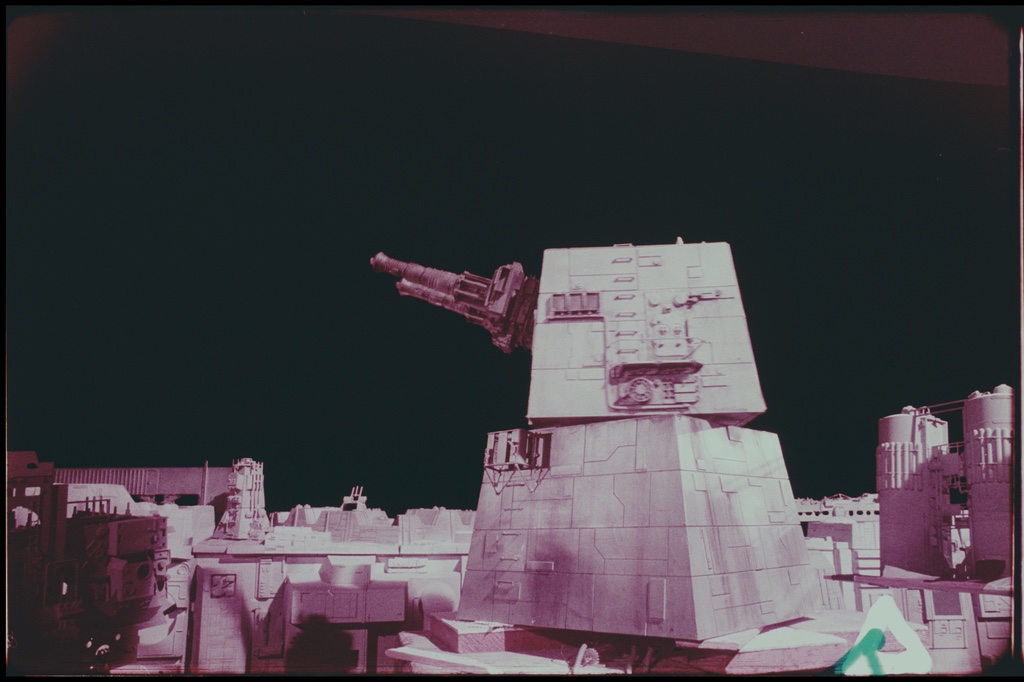 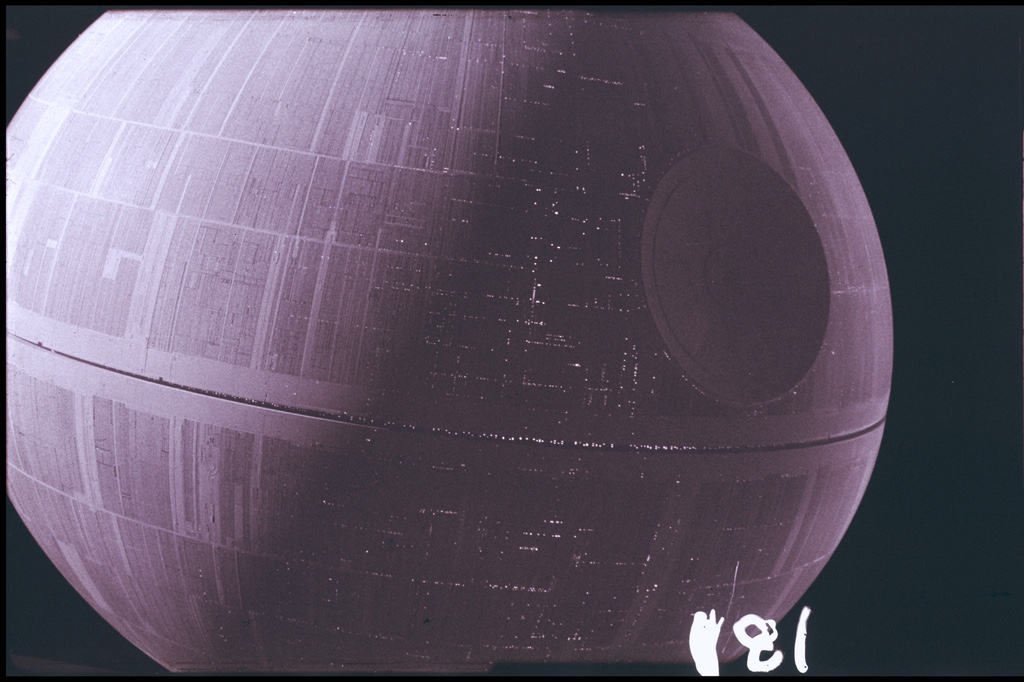 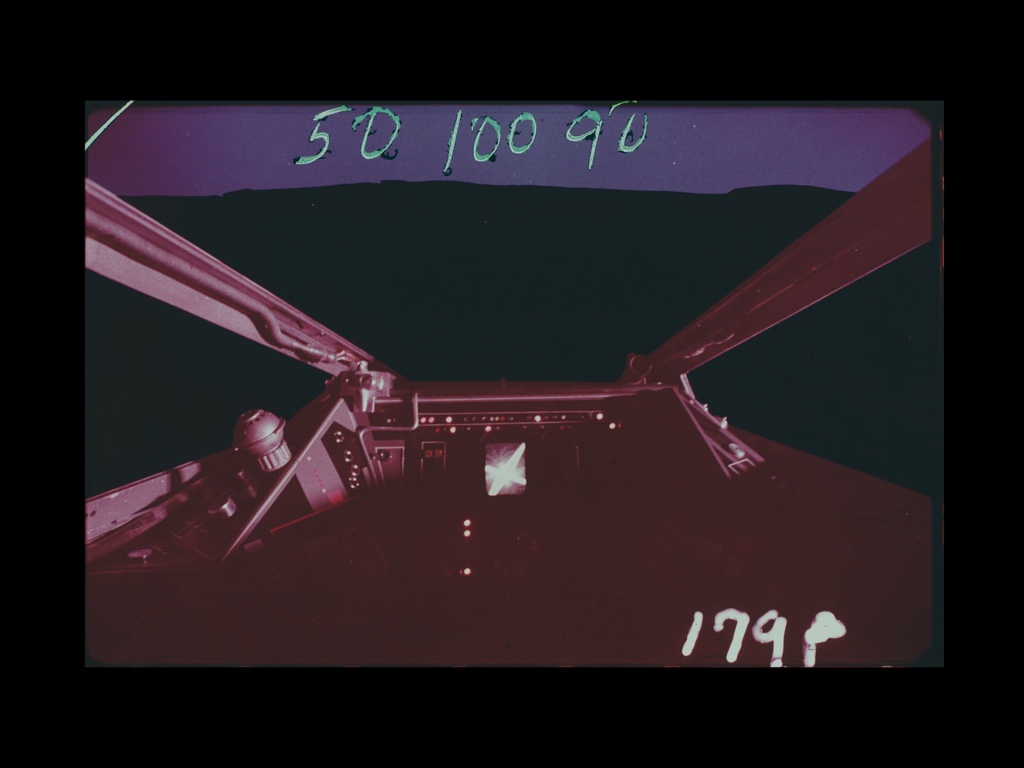 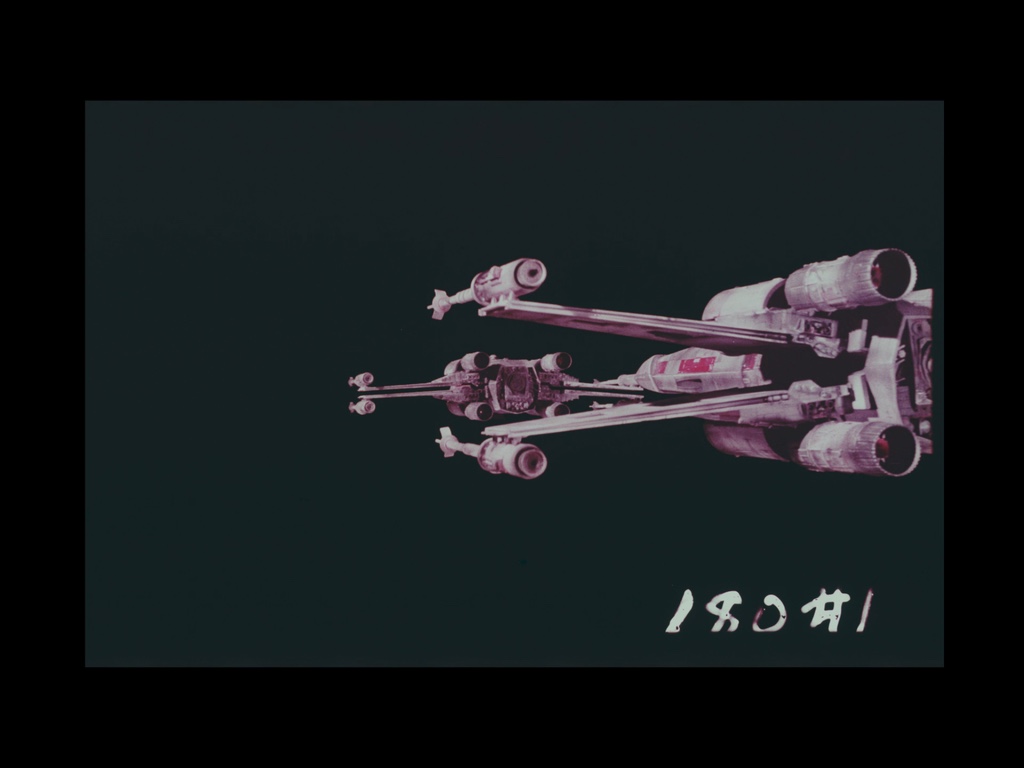 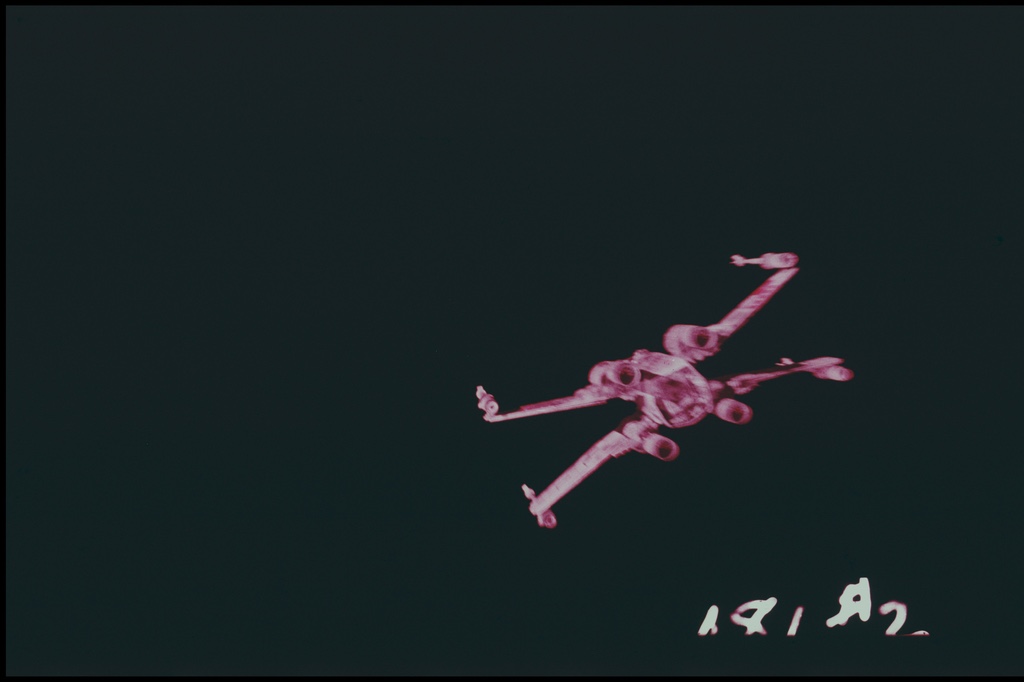 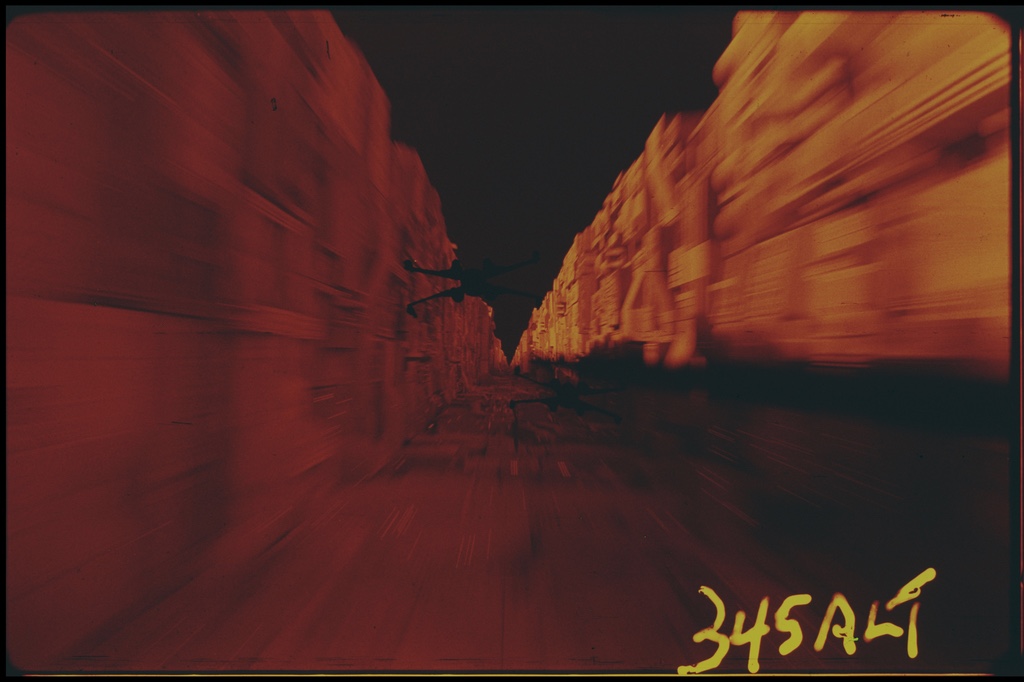 What we’re looking at here is the matte element for the following frame in the film: 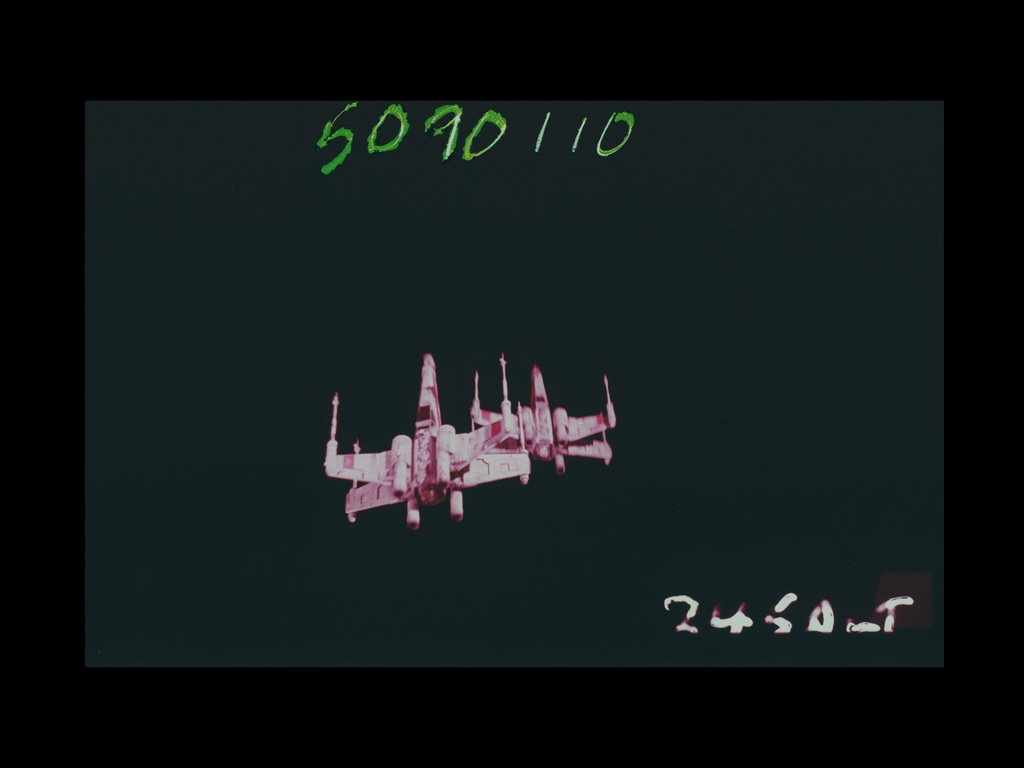 And here is the X-Wing miniatures element for this frame in the film:

I’ve been enjoying color-correcting each frame: 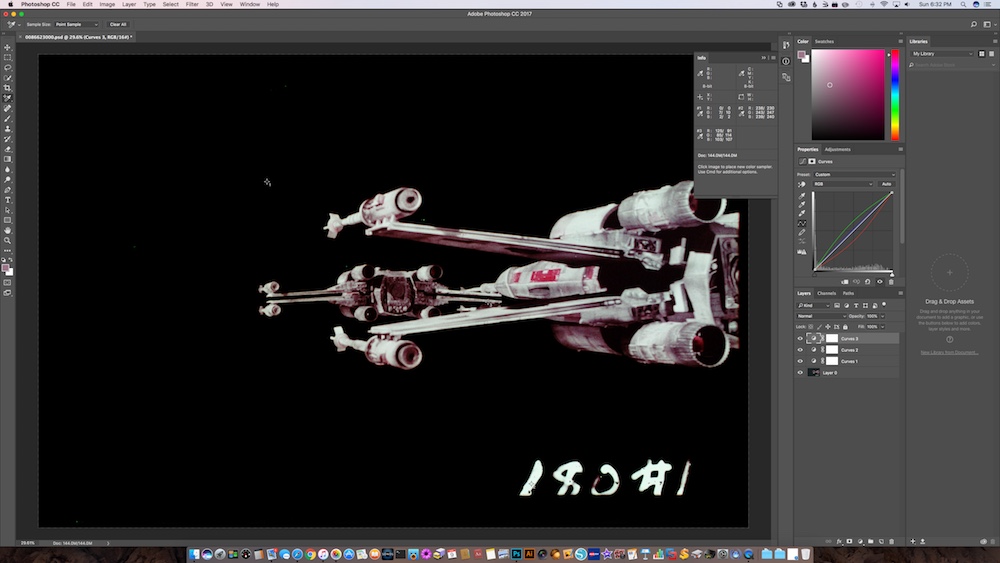 And here are just a few of those: 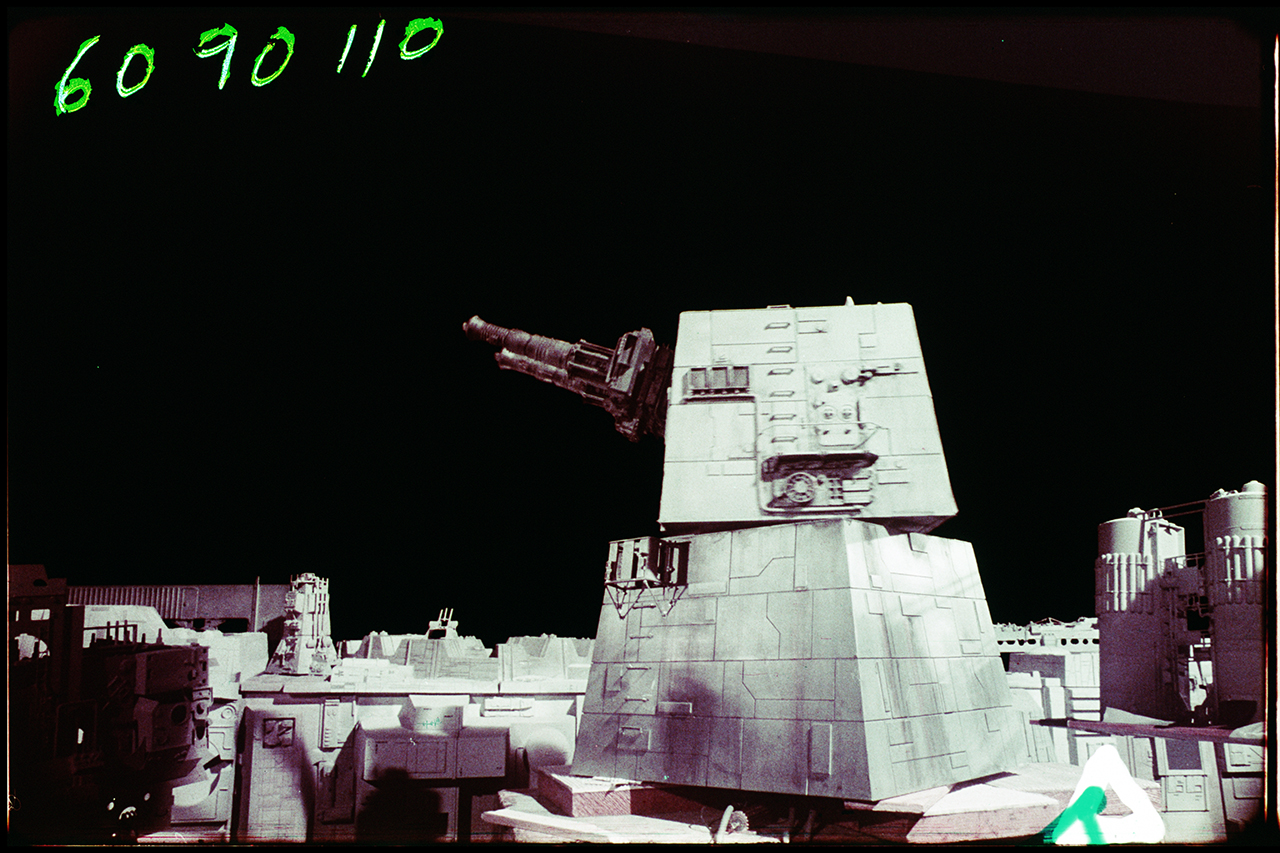 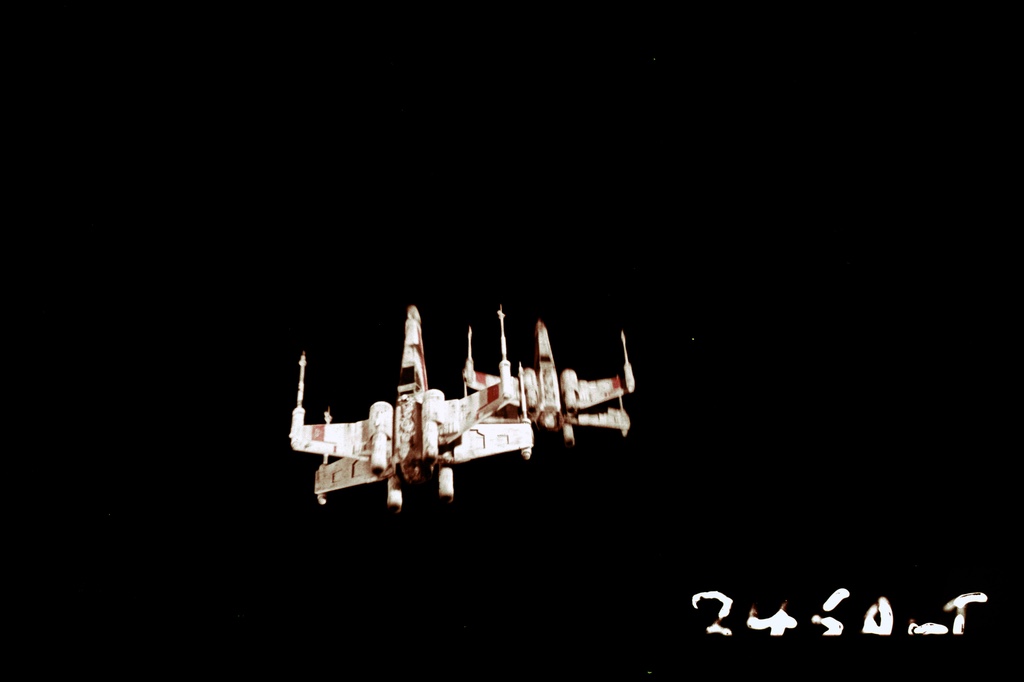