Any thoughts on why an extract of music from The Empire Strikes Back is used in the scene from Return Of The Jedi when Luke talks to Leia in the Ewok village. It starts with the extract from ‘Yoda And The Force’ and then goes in to the Jedi score ‘Brother And Sister’. It fits perfect but I am wondering if the scene was originally intended without music until the ‘Brother And Sister’ cue.

Some footage and still images I have never seen before!

Have anyone seen any photos of this droid before? The post said it was from ROTJ, but I couldn’t spot it in the torture droid scene, so this is either a background character that didn’t make the cut or they replaced it with another design at some point. 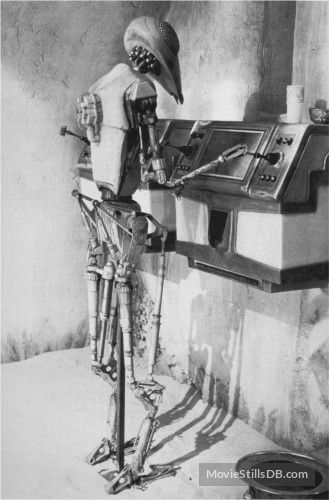 This droid is seen very briefly in two scenes. The first is when the commotion starts as Boushh and Chewbacca arrive at Jabba’s Palace.
The droid is seen full length from the back on the left hand side of the screen at the wall.
The second time is when Chewbacca slings the guard down the steps. On the left of the screen is a close up of the back of the head. The droid looks right and you can see the pincer mouth. 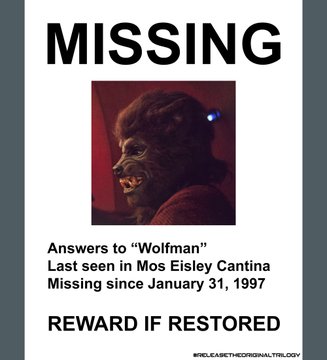 I’m here! I know I have not been around on the board for a while but I did not think it was that long, ha ha!

Well, I thought that trailer looked pretty awesome. I’m excited for this now.

Sad news.
I was lucky enough to meet Peter and see him many times at conventions and events here in the UK.
I’m gutted.

In Star Wars, I always wonder what General Dodonna is saying when Luke starts talking in the Rebel briefing.
You can’t make it out as Luke is talking over the top of him.
I think In the novel he mentions different colour squadrons covering for each other. 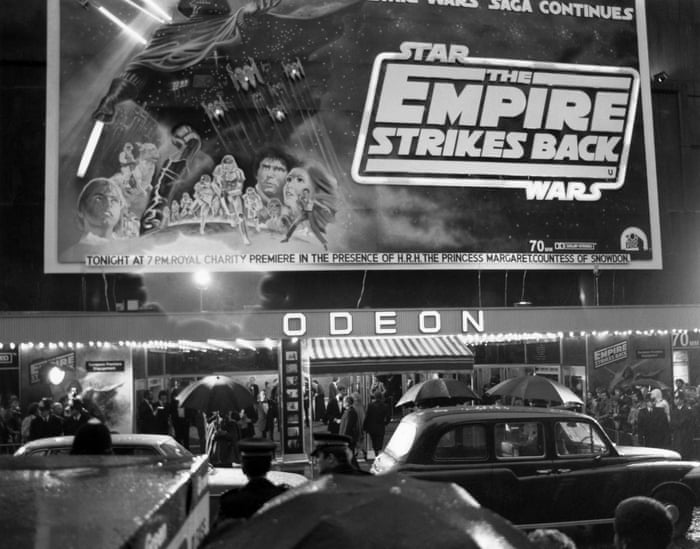 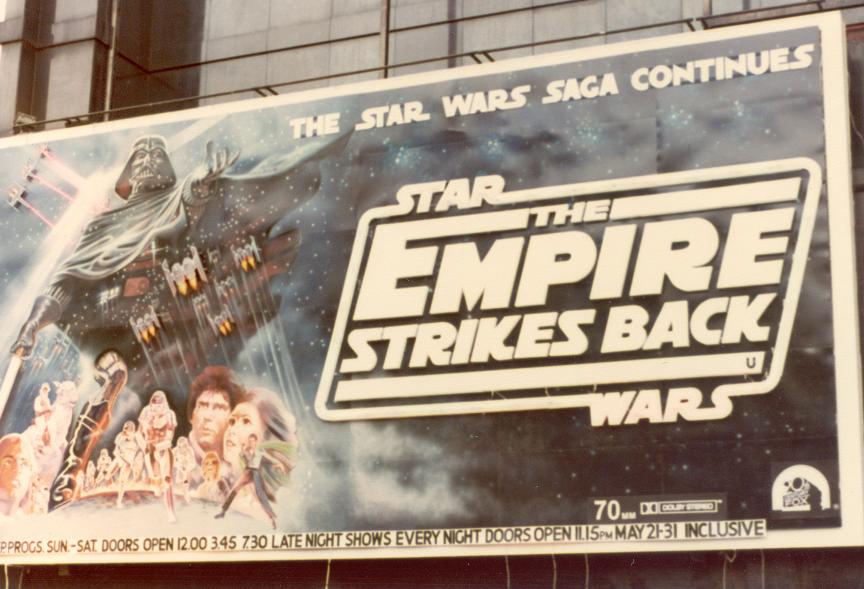 It certainly is. I am over the moon with this picture.

In my opening post on this thread I have a picture of the Odeon Guildford UK where I saw all the original Trilogy.
Here now is a picture of the cinema actually showing Return Of The Jedi.
I remember standing looking at those posters. Excellent. 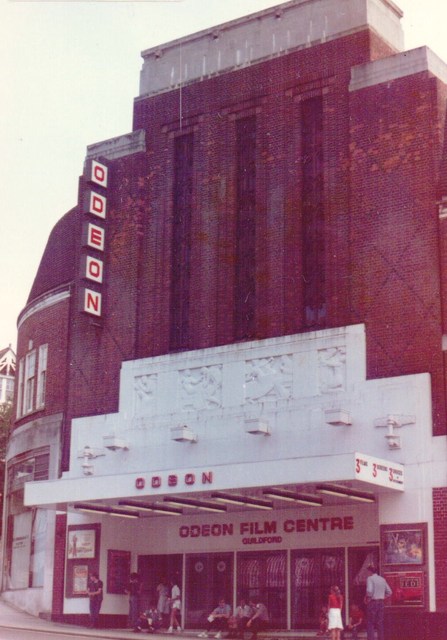 The Star Wars Phenomenon in Britain: The Blockbuster Impact and the Galaxy of Merchandise, 1977-1983

Great book. A ton of memories of what it was like for us Brits waiting for Star Wars to be released over here in the UK.
Incudes release dates for London cinemas and general releases.
Also memorabilia that was released exclusive to the UK and behind the scenes of Palitoy and Marvel comics UK.
Magazine, tv shows and UK TV air dates and more.
Recommended.

Having a look back through The Art Of The Empire Strikes Back book. It mentioned that medical droid 2-1B has a human brain. Freaky.
That concept has been written out of Star Wars history.

Only Last Jedi figures I have are 6" Black Series Rey Jedi Training and a 3.75" Paige (Resistance Gunner).

There was a scene in the Falcon where L3-37 has a bit of malfunction and hits herself on the side of the head to start up again. As her data is now in and part of the falcon, could this now be seen later in The Empire Strikes Back when Han hits the wall of the cockpit to re-start the Falcon up?
Just a thought.

Thought I would dig out the Star Wars Holiday Special as I had not seen it through in years.
Blimey! That was a real test of endurance. Even worse than I remembered.
The best thing about this recent viewing was the Cantina scene. I forgot all about the Mos Eisley creatures from the film appearing. It was good to see the costumes and masks of background aliens in more detail than the film.

I would have been happy if the only time you saw Tarkin was in the reflection on the glass looking out. How you first see him.

^ Wow, that’s fantastic. I actually came up in goose bumps watching that !

“We have a long ride ahead of us”

“I came as fast as I could”

Gaffer Tape said:
When he tossed the lightsaber over his shoulder, it was shocking but at the same time, exactly what I figured was going to happen.

Yes, it’s such a shame that both times I have seen the film, the audience laughed.
I want to see the film just by myself now with no unnecessary audience participation.

^ This from Save Star Wars archive
http://savestarwars.com/lucas-nfr.html

No idea if the stories have been coloured. Like you I will wait until the softcover version and a cheaper price.
The heart breaking thing for me is that I had all the Star Wars Weekly issues.
Only the movie adaptations of Star Wars and Empire issues still remain in my collection.
The rest are lost to time.

In case anyone missed them before Christmas in the UK, two programmes from BBC4 are now on i player

I had a never ending supply of Grand Moff Tarkin discs.
My binder is in the dusty Jedi Archives somewhere as well !