Here’s a logo for TROS I’ve been working on: 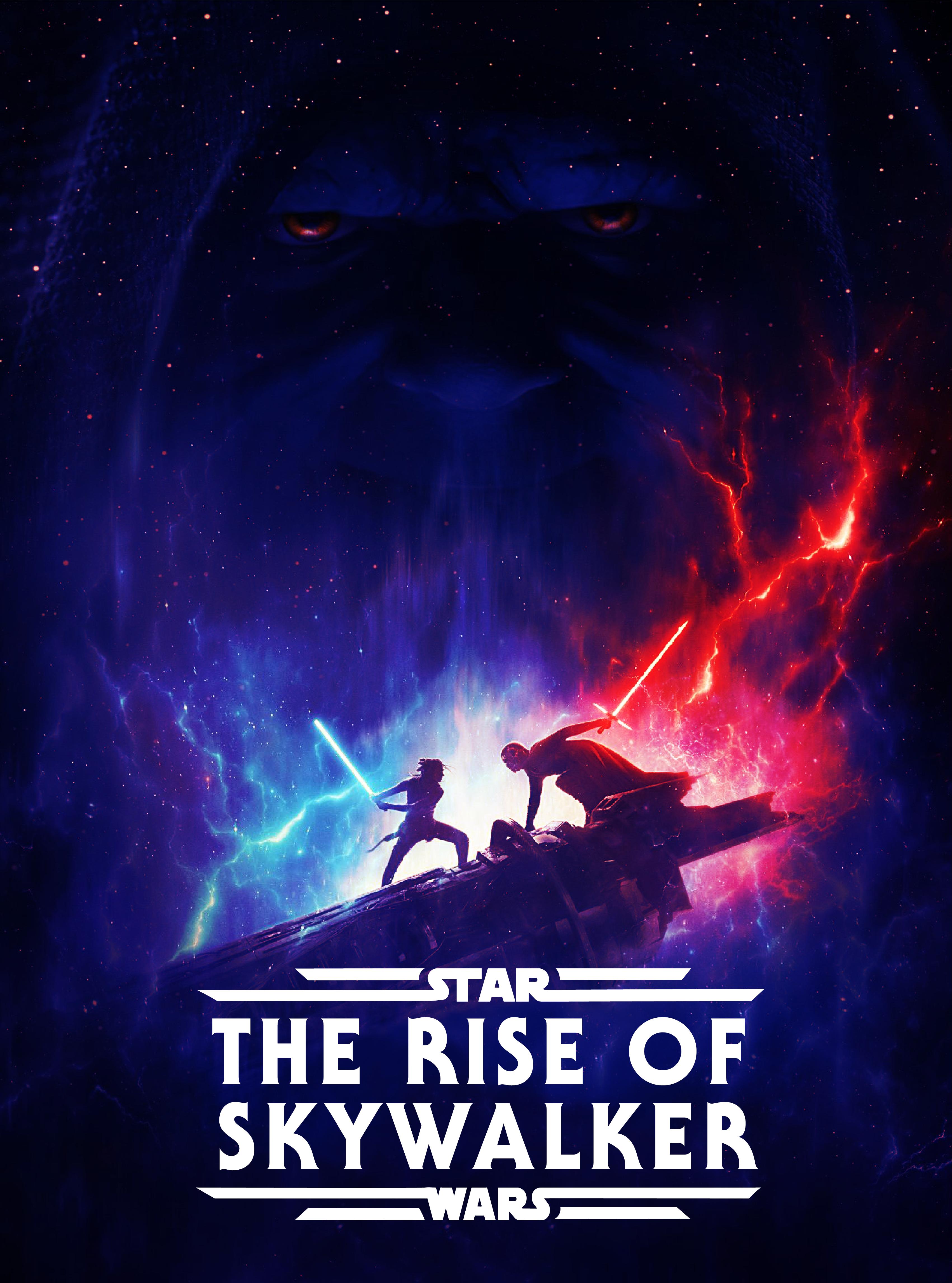 Would anyone mind helping me figure out how to get download the logos in a svg format? I have no way to use eps and I’d like to use the “line” logos (on the spines) for a set. Thank you so much for providing the assets behind your amazing sets phildesfr.

I like your prequel logos, especially TPM. I was never entirely satisfied with how mine came out. And your take on the “middle” of the AOTC logo is interesting.

Thanks! Ive been tinkering with them for a while now. AOTC certainly still needs some work, if you have any suggestions I’m all ears. 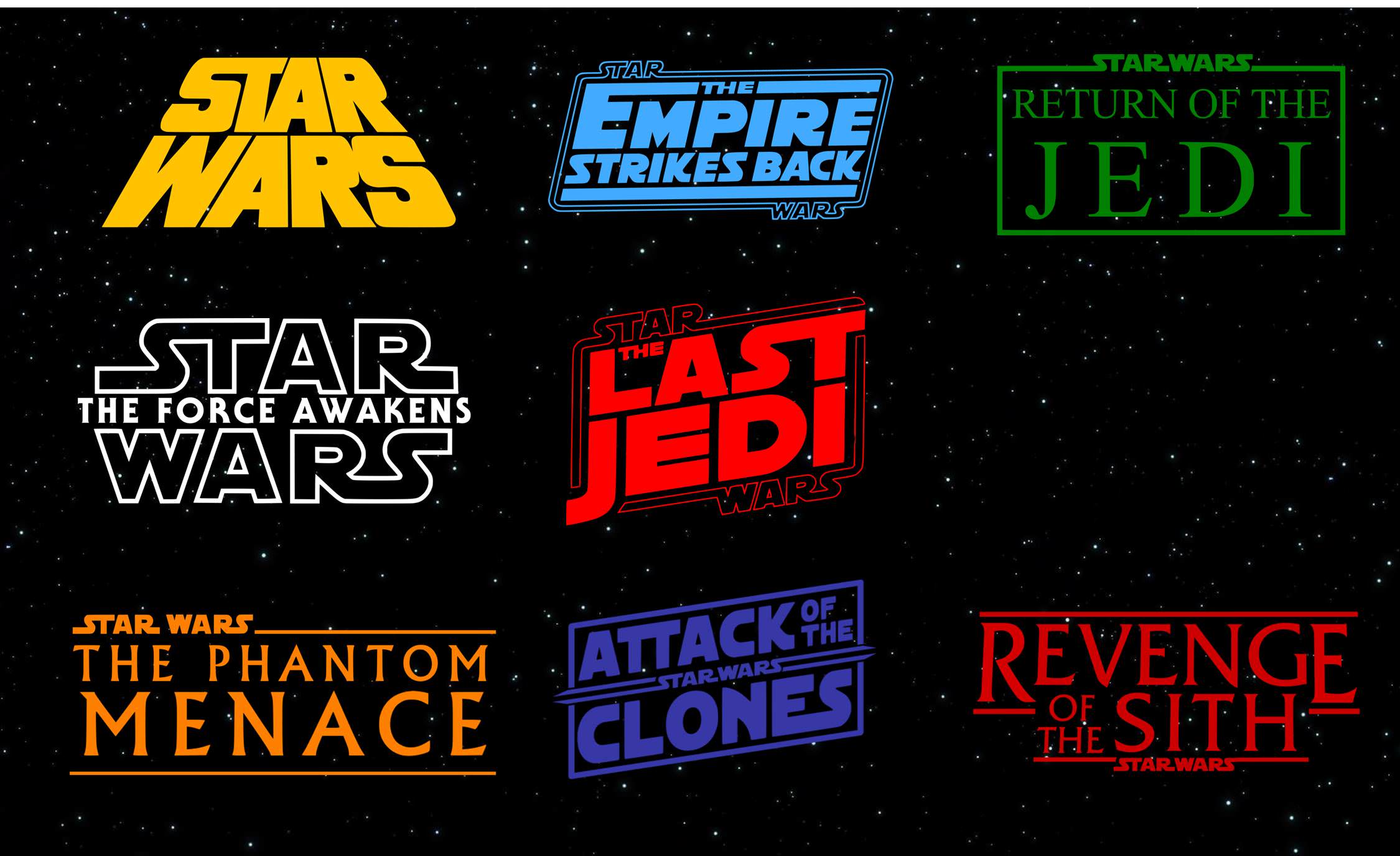 Heres my first attempt at covers. These are Criterion-sized, credit for the backsides goes to the very talented Ronwlim. 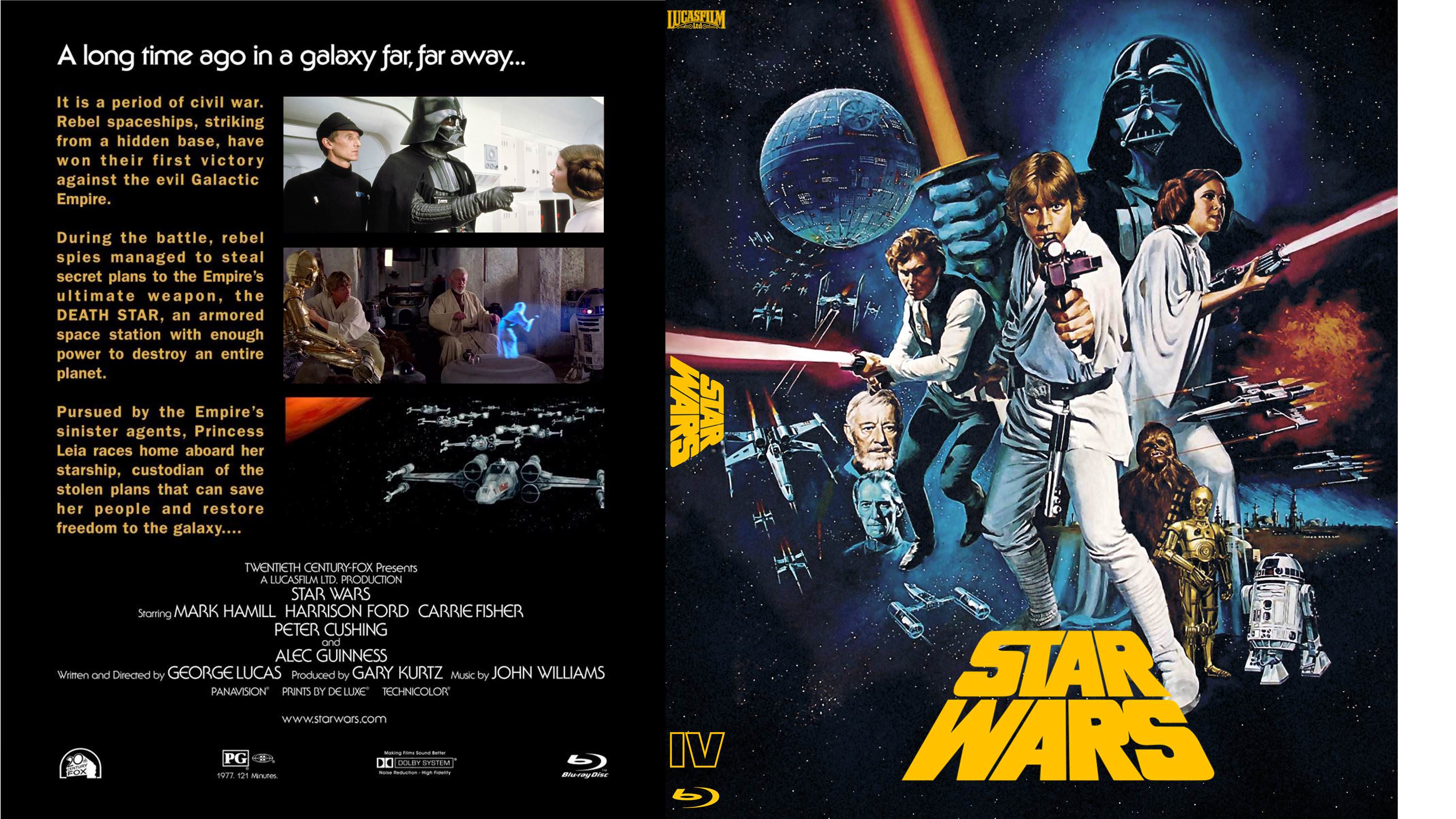 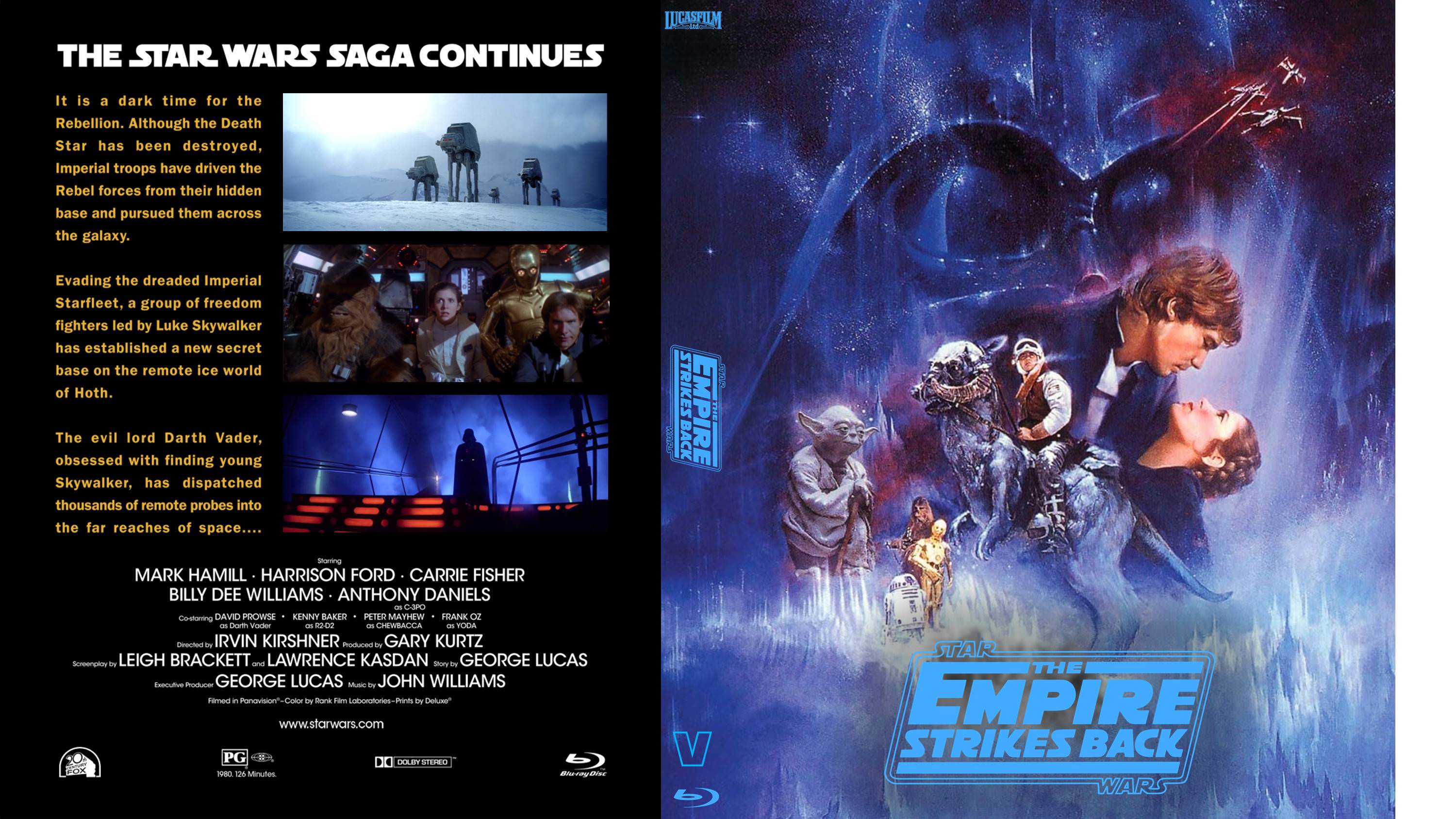 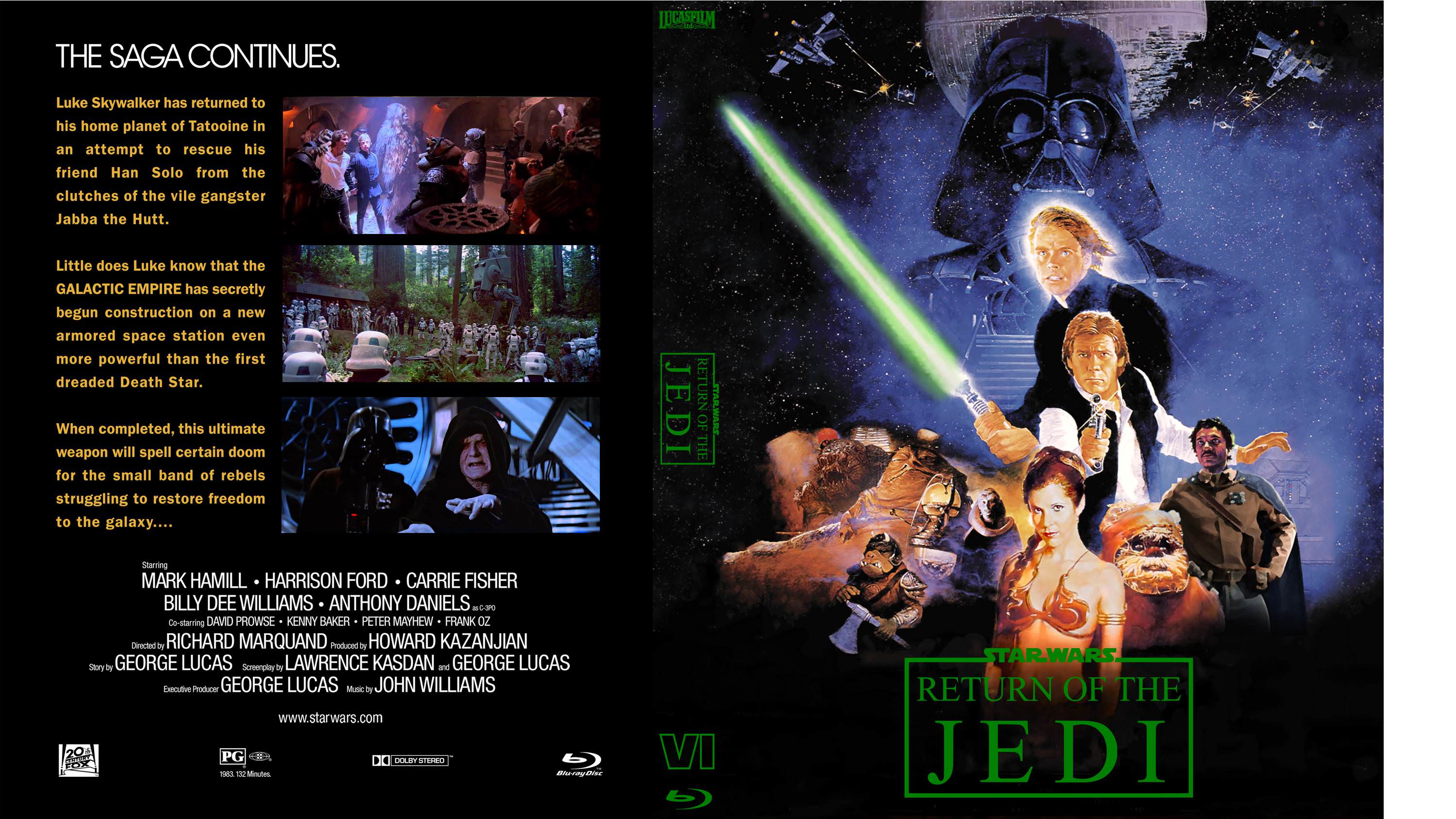 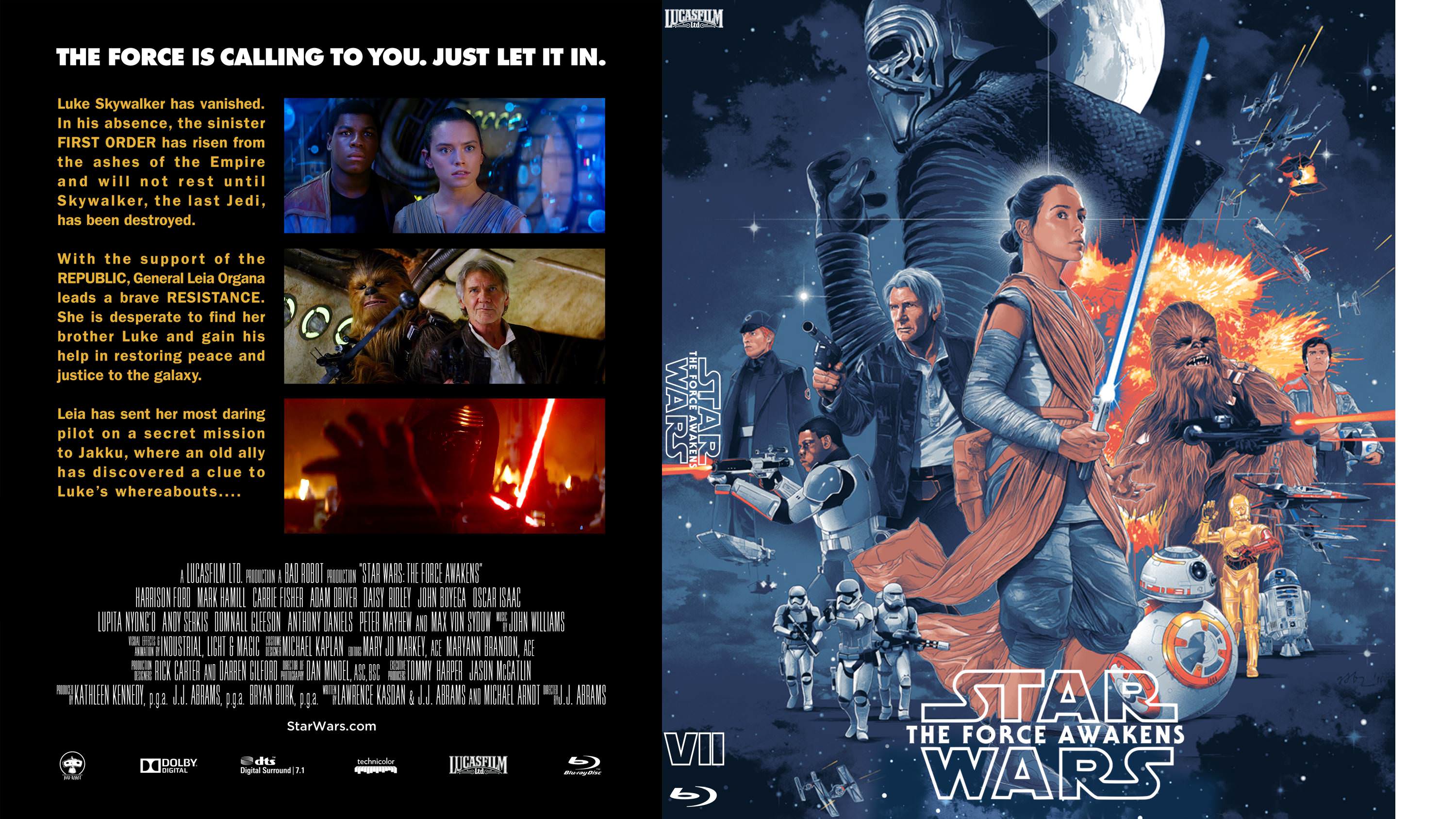 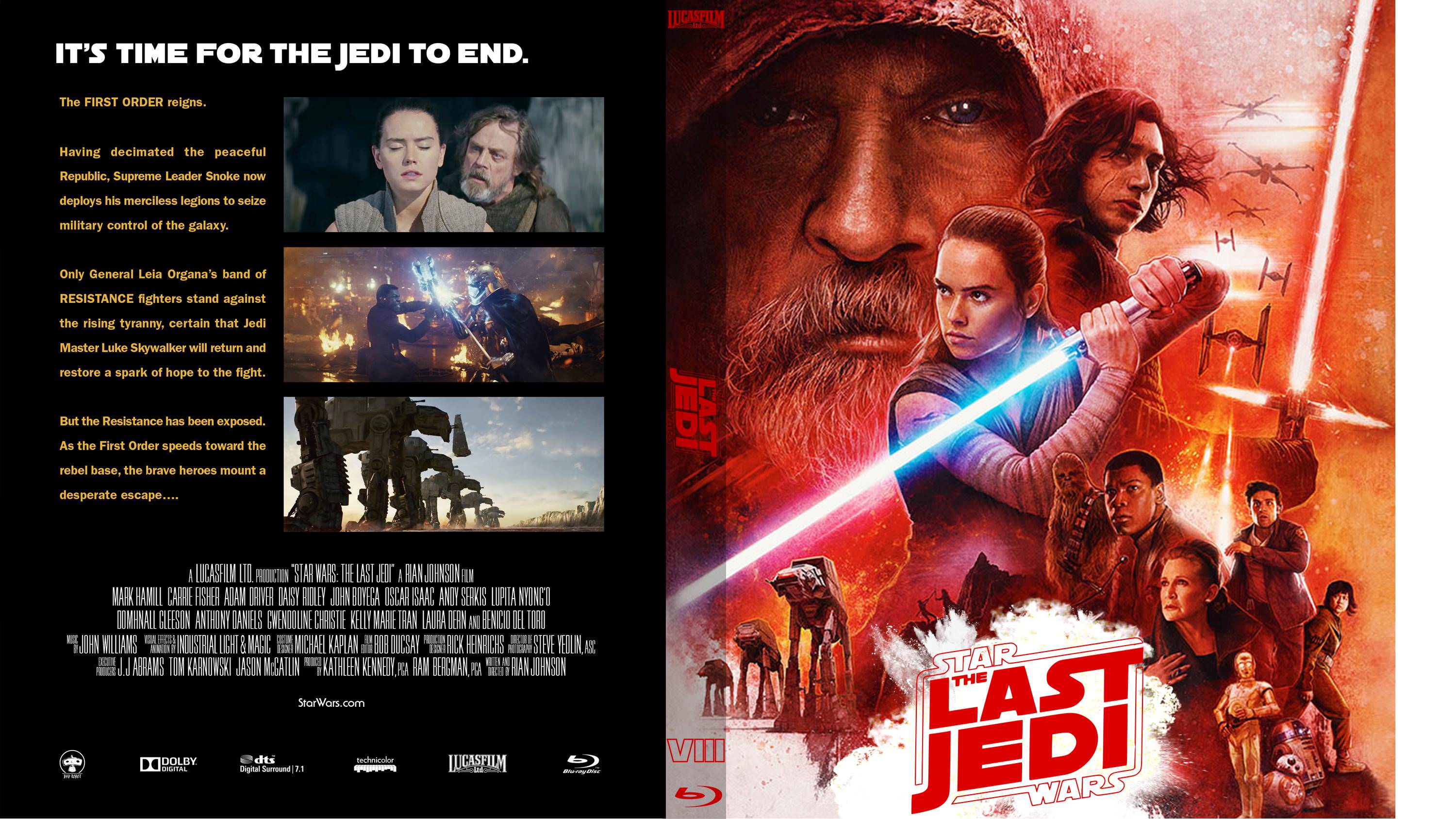 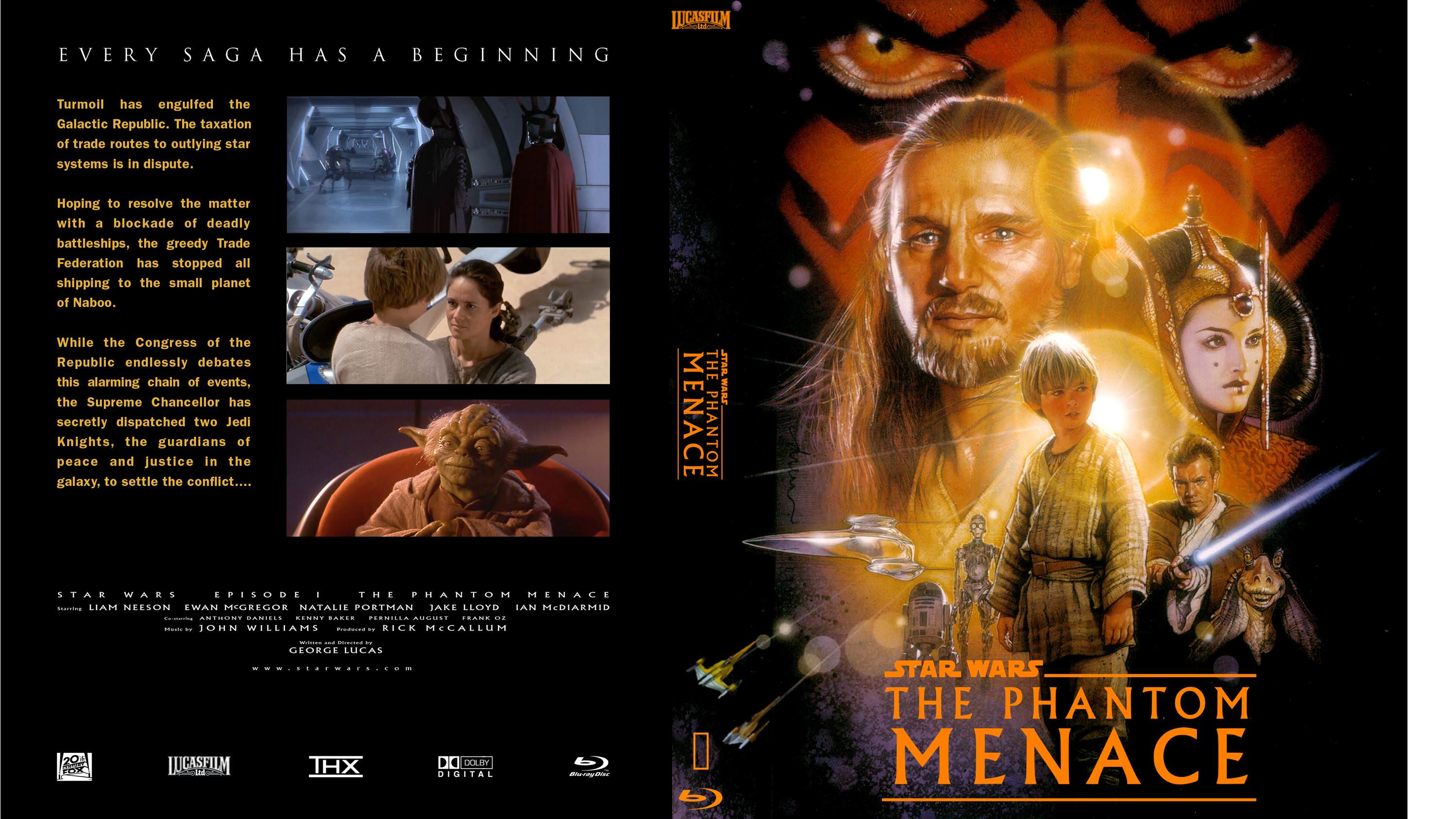 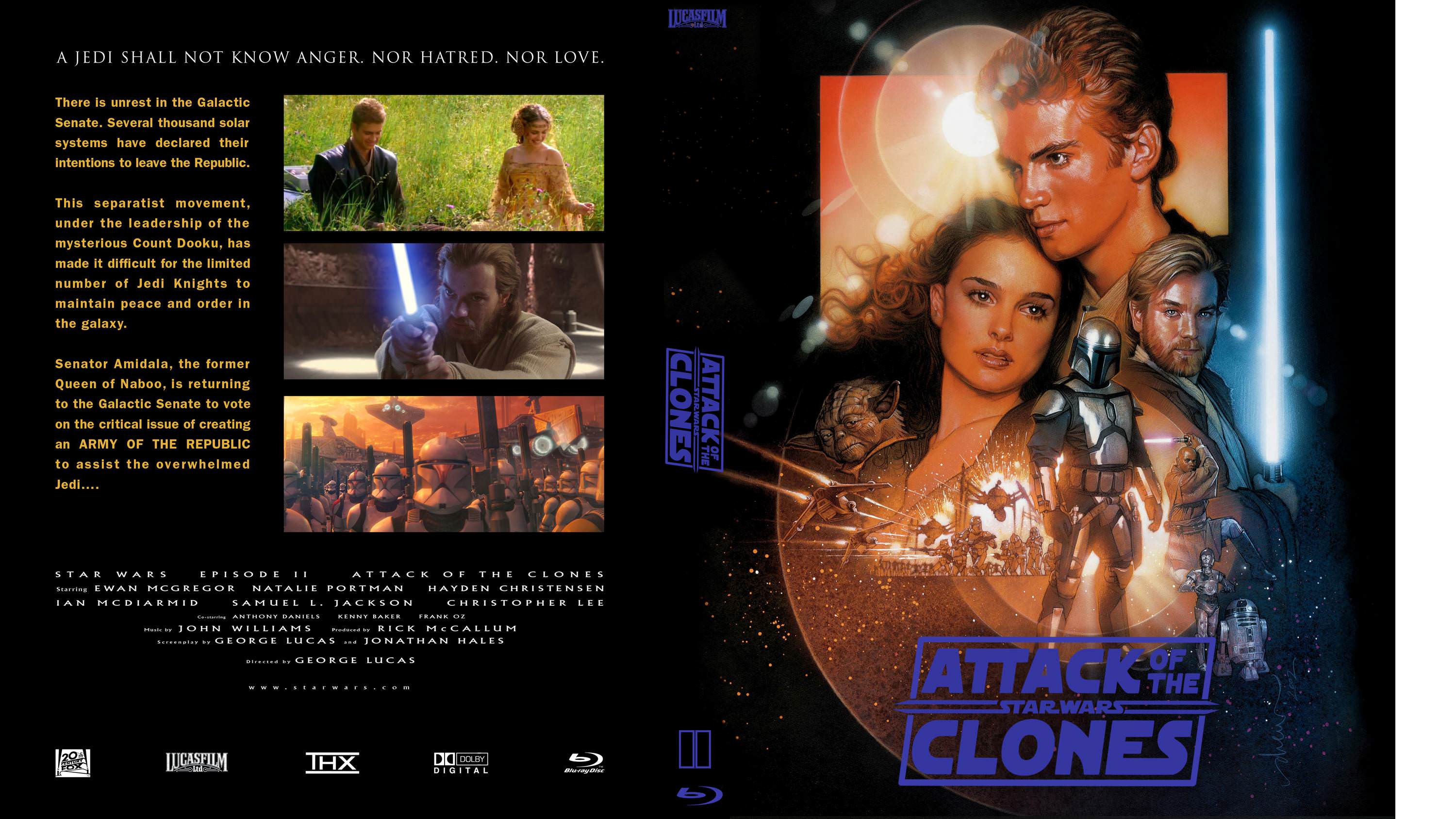 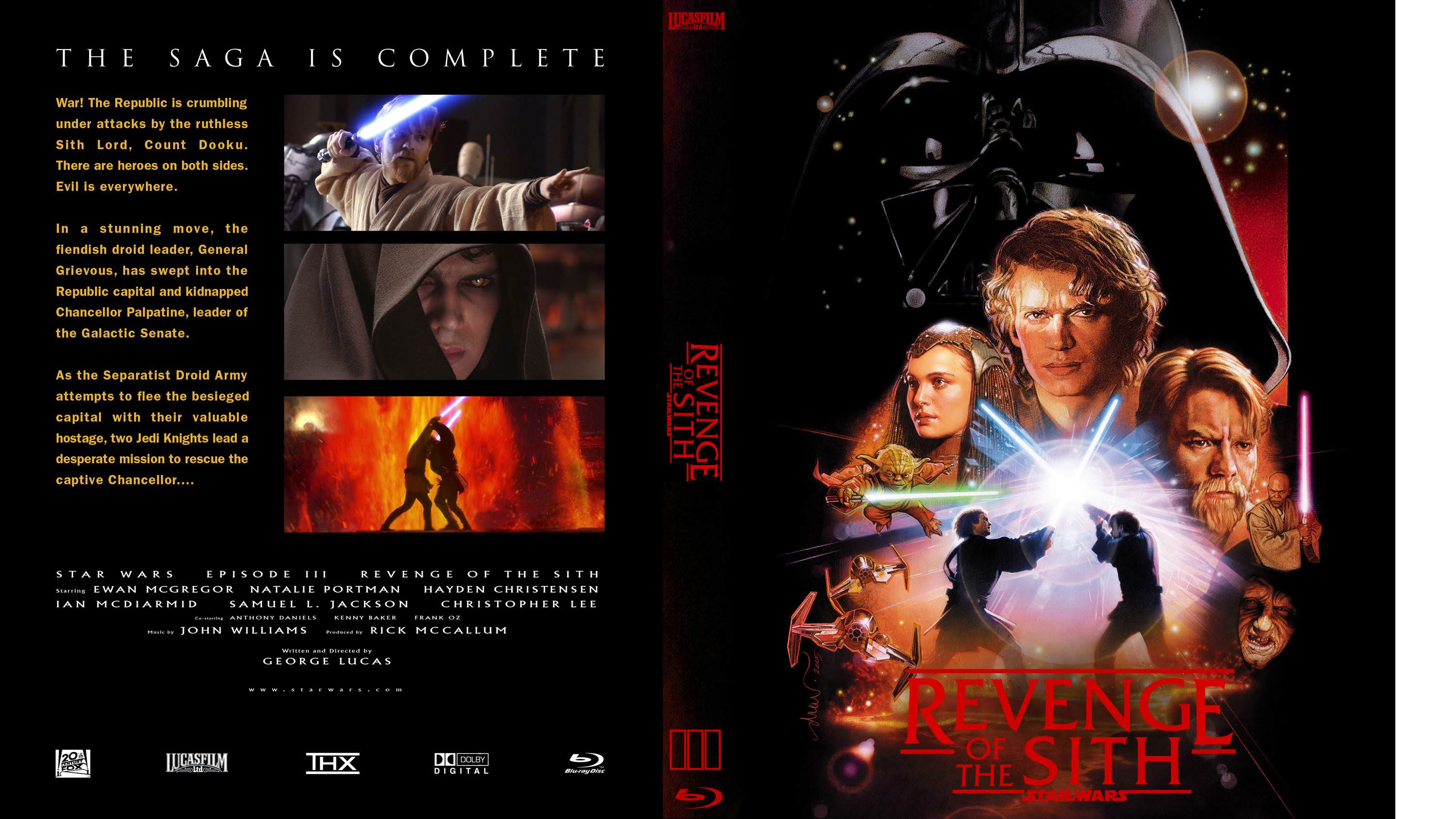 Here’s a link to the album. Thank you Oojason for the technical help

https://imgur.com/a/Rnl2m
Does anyone have this style A poster without Luke and Leía? I have searched to no avail.

You know how people complained because Vader walked and talked ever so slightly differently in Rogue One?

There is no way anyone’s making a fan film Vader that is better than that.

I definitely see where you’re coming from, but I think if it could be accomplished (Vader should only say “go” angrily), it would be a great way to start the second act.

Weird as it sounds, what if in this theoretical added scen where Vader goes to an almost empty Jabbas palace, he sees some leftover slaves still chained to the wall and starving. Imagine he turns on his lightsaber and is about to kill them but cuts their chains off instead. Callback to his quote in the prequels and foreshadowing for his turn back to the light.

Personally I read the whole thing and loved it, especially the boba fett scenes and the new rebel strike team. While I don’t think much of this could actually be done, Adywan should definitely take some of your sugggestions into account. Thanks for posting this, it is the best thing I’ve read on here for weeks.

I want to make a box set with a higher-quality version of this poster. I edited the Star Wars celebration poster but I’d love some feedback on the poster from you experts.

The idea is that Windu was behind the Padmw assasination attempts, secretly. While Padme is all about CIS vs Republic, Windu is more Jedi vs the world.

I feel like this concept would work well with the idea of Dooku being a more gray villain, (wild idea here) and maybe the scene from AOTC where Dooku tells Kenobi that a sith has infiltrated the Republic could be altered to reveal Mace Windus dirty secret to Anakin (impossible, I know). In fact, if Kenobi knew and didn’t want to address it with the council, it could provide friction between the two.

This would give Anakin great conflict: is the battle Jedi vs Sith, or Republic vs Sepratists. He had his wife and mentor on one side, and his distrust of the Jedi makes him fight for peace more than anything.

Side note: his dream sequence could be the Jedi killing padme with parallels to how the Tuskens killed Shimi in some way (Same music?).

I have a couple other ideas for this, so if you’re interested let me know.

I’m not sure if this could be accomplished, but I had an idea that Padme and the Jedi would actually be at opposite ends of the political spectrum throughout the prequels, (probably with Amidala supporting palpatine), and that a big twist mid-episode III would be that mace windu was working with dooku to assasinate Padmé throughout the movies.

This would give Anakin much better motivation for switching sides IMO, and be a surprising twist that the prequels sorely lacked.

These covers are amazing. It looks like on your first ANH cover you have the back saying “A lont time ago…”

Thanks! They’re free to use and I’d like to see what you can do with them. If you need a higher quality version I’ll do my best.

I made something like this. These aren’t just copies of the logos though, I tried to make them in the style of their corresponding OT movie and give them a unique look. http://imgur.com/a/IhcM1

Anyone is free to try and make this happen, because I don’t have the prowess, but what if every Star Wars movie had its own post credit scene? What scene would you give to each movie? Personally, I think this would work great for ROTJ: https://vimeo.com/137925493
The deleted scene of Yoda on Dagobah would be cool for ROTS as well.

Has anyone considered giving this a shot? https://www.reddit.com/r/StarWars/comments/5s8kjz/rey_sees_darth_vader_in_her_force_vision_how_i/ This would be a perfect addition to te visón scene if you ask me.

If episode IX really is the last saga film, I want to see the stakes as high for the fate of the galaxy as always, but I also want to see the stakes raised high against the nostalgia of the audience as well. Imagine a return to Tatooine in a replica of the original movie, with an oughnslaught looming, and our heroes hiding out in the ruins of the Lars homestead or Obi Wans hut. Visits from the force ghosts when all hope seems lost. Snoke revealed to be the creator of the Skywalkers and has an obsession to destroy them. Imagine the possibilities. I want it to be similar to the Deathly Hallows part 2, where iconic locations and characters are not safe and anything could happen. That’s just my opinion, what do you think the last saga film should look like?

Mod Edit: Please do not use this thread to bash on TFA/TLJ/Disney/KK/RJ/JJ/SJWs etc - there are plenty of other more relevant threads where those conversations have taken place. Thank you.

Holy Jar jar I would love this. Sort of like the Capitol in the hunger games having the most beautiful people and just generally being appealing, as opposed to the Korriban/Moriband being all ugly and scary.

I’m new to fan edits and this site. I just meant that with my resources, I can only rearrange clips, not do special effects. Apparently, there’s much more to the copyright laws than just "you have to own the movie. It’ll probably have to wait till next summer to make my edit.

Does anyone have a picture of the TFA Rey vs Kylo fight in a sillouhette similar to this image (http://imgur.com/zeptTdP)? Fan art and the like is definitely ok. Thanks.

Thank you very much.I’ll be posting the finished set of posters soon.

Yeah, sorry for judging everybody there