yeah that’s the one.

Good news! Now all we need is a theatrical preservation of Game of Death. The original Hong Kong version is only available on VHS.

I’ve skimmed through the TV cut and a noticed these so far…
-Different prologue text now with narration
-Roy killing Tyrell has been edited. The shots of Roy kissing Tyrell have been cut out and so has the thumbs over the eyes shot.

Are you sure? It looks like it’s R rated?

There’s a high-def restoration on blutopia, I think

Kcognetti503’s description: This is the infamous and hard to find director’s cut of Scream in 1080p! This is a composite I made myself from the US Blu-ray, the Japanese and German unrated director’s cut DVDs to create what is to my knowledge the only way to view the director’s cut in HD. I did the best I could to blend the DVD footage with the Blu-ray footage, so hopefully it is a pleasant viewing experience for all! The soundtrack is taken from the Japanese disc and is presented in 5.1 Dolby surround sound. Enjoy :)As requested, here are some screens of the upconverted footage. It’s not perfect, but I think it’s the best I can do given the source material. Keep in mind they look better in motion.

I saw the 1st UK DVD release yesterday in my local charity shop. I’m going away on Holiday tomorrow but if its still there when I get back I will pick it up.

DVDcompare states there is two UK releases of the theatrical cut. One was only included in a box set and has a different aspect ratio plus a commentary track.
http://www.dvdcompare.net/comparisons/film.php?fid=975

The following website is of interest to French Young Indy fans (has links to the unaltered French VHS releases!). I haven’t provided a direct link, should this break the rules.
http://indianagilles.blogspot.com

Thanks for the info.
I’ve checked the first 3 episodes out and it turns out that they’re digital SD TV caps from France 4. I found a link on the France 4 website so they must still show it https://www.france.tv/france-4/les-aventures-du-jeune-indiana-jones/
The videos have a logo bug in the top right corner and the on screen text is all in french but overall very good quality. 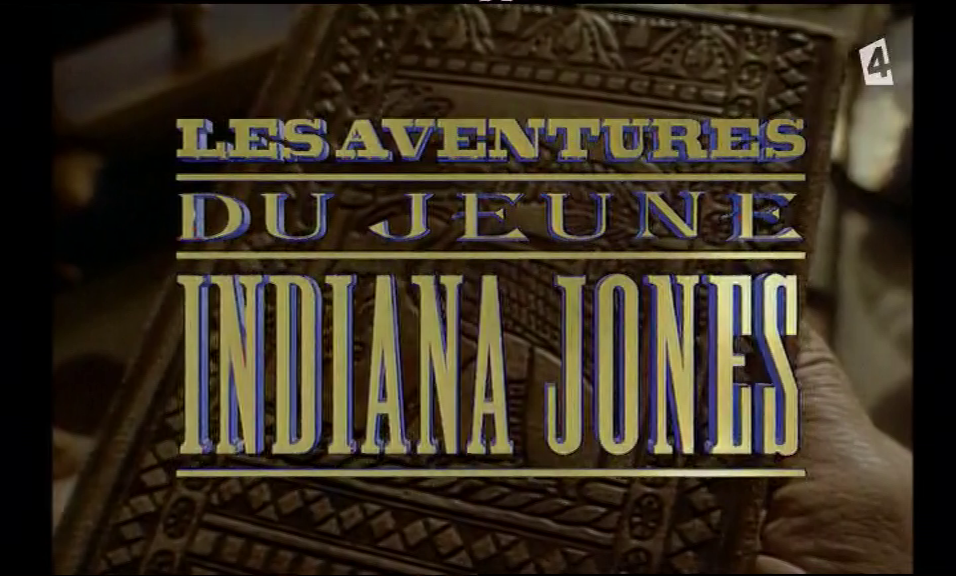 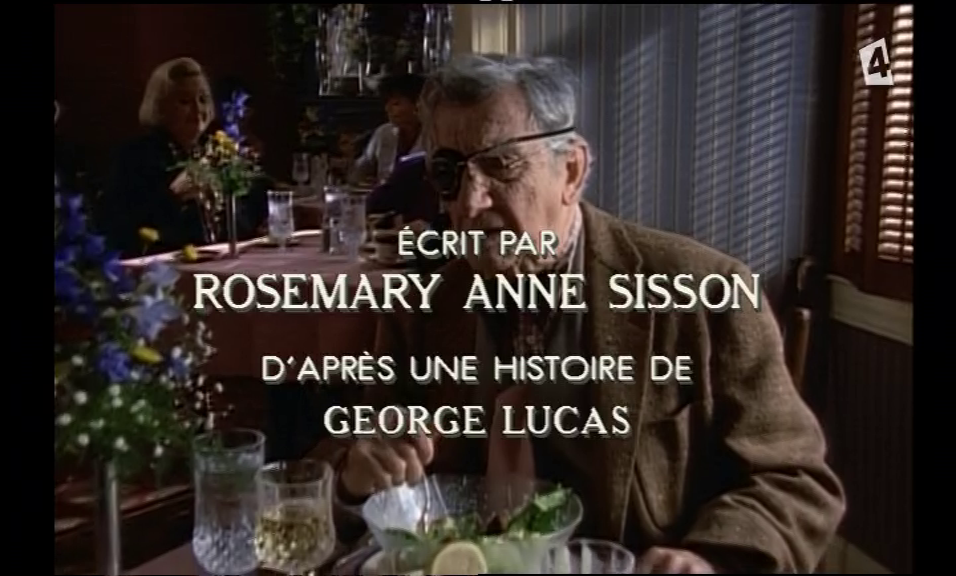 Mission Caligula
Alexander Tuschinski’s 10 year quest to research Tinto Brass’ original ideas for Caligula, culminating in the discovery of Brass’ 1977 workprint - showing the film as a dark political satire, unlike any version ever released.
https://vimeo.com/241947493

I’m no expert on this film but you seem to have stumbled upon a unique cut of the film.
It’s a mix of the HK & Japanese cut, also the ending might be exclusive to this version.

I just came across this on eBay. I don’t know if this available on any of the DVD’s or Blu-ray’s.
https://www.ebay.co.uk/itm/Little-Shop-of-Horrors-35mm-screen-test-Rick-Moranis-Ellen-Greene-Frank-Oz-1986/263536256158?hash=item3d5bfc249e:g:TKsAAOSwSFZajeiy

My post from the old thread that got deleted…

Just got back from seeing this, WOW was it bad! I had hoped they would of fixed some of the problems people had with The Force Awakens & Rogue One but they’ve totally ignored everyone criticism. This saga has now firmly shifted it’s vision & tone in a new direction that isn’t for me. I’m no longer interested in these characters or where the story goes from here, so I wont be going to the cinema to see the next chapter. RIP Star Wars
2/5

I cant wait to do a “British TV Comedy” fanedit of this film. I will add a fake laugh track & sound effects whenever hux is choked or thrown around. Maybe even redub Ade Edmondson lines with ones from bottom. 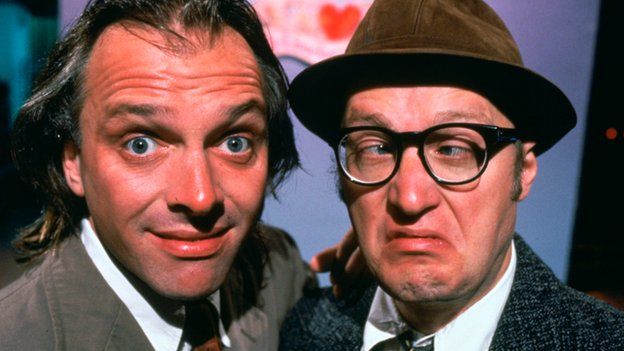 Just got back from seeing this, WOW was it bad! I had hoped they would of fixed some of the problems everyone had with The Force Awakens & Rogue One but they’ve totally ignored everyones criticism. This saga has now firmly shifted it’s vision & tone in a new direction that just isn’t for me. I’m no longer interested in these characters or where the story goes from now so I wont be going to the cinema to see the next chapter. RIP Star Wars
2/5

Out of all the Dune fanedits Redux is easily the slickest and most professionally done. I doubt anyone will top it. The pacing, editing, structure an FX are damn near perfect… the amount of effort thats gone into this really shows.
5/5

I’ve read that the UK 2 disc has a few secs of extra gore that wasnt shown in the TV version.

TNT will be showing the hilarious tv cut of Die Hard 2 Today (Saturday 11th March) at 1PM ET
Anyone kind enough to capture and share this on the internal organ?
https://youtu.be/A0QMJCyNArY
https://youtu.be/DuQP4d_r_Gs

Sorry about the delay but I’ve been sick all week with the flu.
Anway here’s some more detail about both tapes.

Superman III - ITV (Thames) MAY-07-1990
http://imgur.com/a/kI6Q6
The 1990 broadcast is the better quality of the two but isnt complete. It’s missing 15 secs from the intro and 20 mins from the main film (from when the blind man loses his dog, until when clark kent arrives at the school reunion).

Obviously they both need some work to bring the best out of them e.g. Avisynth filters, denoised, colour corrected, etc.
If anyone whats to help just let me know.

You might want to hold off doing a Superman 3 just yet as a I have a higher quality source tape (Superman III - ITV MAY-07-1990). I also have another tv broadcast coming in the post this week. I’ll add more info soon.

I’ve now received the other tape and it turns out to be the first UK broadcast of Superman III - ITV (HTV) SEP-05-1985. I believe both tapes are higher quality then the current fanmade releases on Mysleen. I hope to upload some pics or a video sample over the weekend.

You might want to hold off doing a Superman 3 just yet as a I have a higher quality source tape (Superman III - ITV MAY-07-1990). I also have another tv broadcast coming in the post this week. I’ll add more info soon.

Bobo Jameson said:
There better be tons of deleted scenes on the Rogue One Blu-ray when we get it

Watching this last night, I noticed several scenes in the trailers that are not in the film.

None of this takes place in the movie… look like they reshot the whole ending. Could someone compare the 122 min digital download version with the 116 min dvd/bluray version?

I dont have any Aliens stuff but studioADI’s youtube channel has loads of Alien 3, 4 & AVP test footage.
https://www.youtube.com/user/studioADI

I have a BBC TV broadcast on VHS and will post some screen shots soon.

Sadly the star wars VHS got caught in my VCR, so the opening crawl has tracking issues. I’m scared to rewind the tape to the start now. Also there seems top have been a technical fault during the broadcast as the screen cuts to the sky movies logo for a few secs just before they escape the death star.

The other two tapes work fine and they include commercials (well I only checked up to the first set).

A custom DVD set of Captain N with the original audio was made a number of years ago before the official DVD set was released. I have some very poor quality avi/mpg rips of this set but would prefer the higher quality DVDs. If anyone still has them please let me know. Thanks