I do get the thrill in speculating who might get shipped with who. However when there’s three films with a whole bunch of characters and the only lasting romantic relationship (as in, it lasted the few seconds until one of them died) is between the main heroine and a genocidal ex-Space-Nazi then it just feels really weird. Not to say that romance makes one more human (it doesn’t as the existence of awesome 100% human aromantic people show) but the fact that none of the main characters have a healthy romantic relationship with someone else makes it seem like Disney were just trying to play things overly-safe.

And, really, if you’re going to put massive signs on characters saying “NOT GAY NO GAY SHIPS PLEASE,” then at the very least you could do us the courtesy of having them be in a relationship.

44rh1n said:
Right now the versions on Amazon, iTunes, Vudu, Movies Anywhere, etc. are from the same master as the Blu-ray. So they all have the same color issues. Hopefully when the 4K version comes out later this year (fingers crossed it’s still happening this Summer!), they restore the colors to their proper hues. Hopefully. And if that’s the case, the Digital HD versions will likely get upgraded as well. But yeah, right now they all have the gross green color grade. The theatrical version has the original, beautiful color grade across all streaming services though, as does the extended edition on DVD.

Thanks. Shame that there isn’t a official ‘definitive’ options for the Extended Editions right now. They’re classics and people deserve to be able to see them in their best light.

As for the 4K versions, we’ll have to see, but I’m looking forward to seeing them as well (the price, less so). It depends on so many factors that it’s really hard to predict whether it’ll fix anything or not. If the Star Wars 4K editions are anything to go by it could make things worse in some areas lol

RogueLeader said:
Off topic, but it still blows my mind how hard they tried to make Finn and Poe not gay. They need to give them both potential romantic interests, but people didn’t like Rose so we have to make a new female character for Finn. And look! Poe’s gotta old flame! She offers for him to runaway with her, but then at the end of the movie she turns down her advances. So I guess Finn and Poe can’t be gay, but they don’t want to pair them with anyone at the end either.

It’s really weird because the two films prior don’t really seem to be setting up any romantic relationships between the two, so why do Finn and Poe need to be confirmed as “not gay,” in the first place? Not to say it’s definitely the case (and it likely isn’t lol) but it really does feel like those two characters were included just to shut up Finn/Poe shippers.

Indiana Jones and The Last Crusade is my favourite film of the trilogy.

Not ‘as’ controversial as saying Kingdom of the Crystal Skull is, but I’ve honestly never seen someone say that was their favourite over Raiders or Temple.

With some birthday money I’ve decided to treat myself to two of the 'Lego Star Wars Helmet Collection sets: 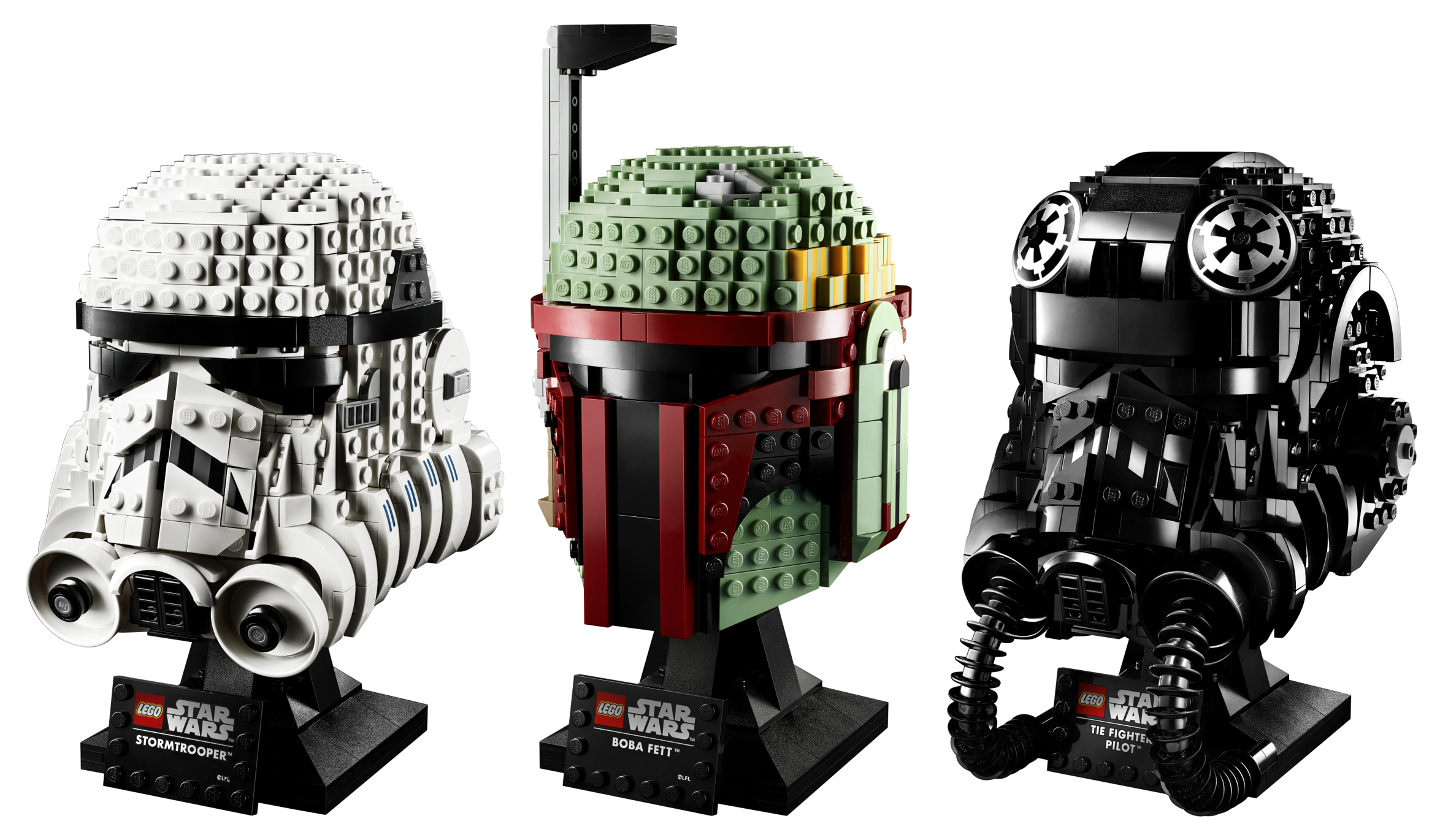 Namely the Stormtrooper and Boba Fett.

One day I plan on getting the insane 7,000+ piece Millenium Falcon but, well, that day is not today.

Hey! Joined the site primarily due to the excellent work done here. The LotR trilogy is one of my favourites by far and it honestly saddens me that there wasn’t a guaranteed ‘best’ way to watch the extended editions of these. This definitely looks to be the answer to that, and I hope that they take some cues from it for the eventual (maybe) 4K releases.

I was wondering, are there any differences between the Extended Blu-Rays and the copies found for purchase digitally via sites like Amazon and iTunes? I’ve done a fair amount of searching for an answer yet I’ve not really found one, so this seems like a decent place to ask 😃

Hi! Joined here due to me searching for an ‘optimal’ way to view the Lord of the Rings Extended Editions for an upcoming marathon, and 44rh1n’s version of it provided an answer for me that I was quickly thinking I’d never get. So thank you so much to them for doing that. I know it sounds silly but it’s been a dream of mine to watch the LotR movies in the best possible way with high-end equipment (though I don’t have all that, just an LG C9 TV) after my initial exposure to them was the DVDs on a crappy 21 inch TV a decade-or-so ago.

Whilst I’m more of a lurker than a poster I’ve found reading through some of the other threads to be really interesting and informative (the ‘small details’ thread in the Star Wars section was particularly fascinating). It’s at the very least convinced me not to pursue buying the new 4K Star Wars sets…

So, yeah, hello everyone!