Merry Christmas! As you guys know, I’ve been working on the original Tatooine matte painting for a while. Here you can watch the results of my work! Also - I decided to keep the original timing, so Tantive IV will no longer fly with a camera movement 😃

(edit) It may not look that good because of the YouTube compression.

@Petrovelly I know you won’t make a full edit, but do you plan on cleaning up the grain and “blurriness” in future Remastered scenes?

What do you mean by ‘blurriness’?

Long have I waited… After watching The Mandalorian I decided to stick with the original, iconic Tatooine matte painting. lust a few touches to make it look more realistic 😃

Can you guys make some more comparisons? I’m very curious about the Battle of Yavin, Endor, and Hoth. Also Cloud City.

I wonder how does Battle of Yavin looks like. Also - Hoth.

It could have been sooo much better, but ROTJ looks pretty good 😃 Looking forward to see more screencaps!

Can someone make some screenshots or videos, I live in Europe unfortunately 😕

Hey Hal, great work buddie! Could I have a link for ANH? Thanks man!

Hello guys! It’s been a while…

Sorry for the lack of updates. I’m gonna be completely honest with you - it’s impossible for me to finish this project. Which is actually pretty obvious for many, many reasons.

It all started out of boredom. For about a year I had fun doing some color grading or making my first steps into a 3D software. But now I feel like my passion for that kind of stuff is weaker than ever. I’m doing some 35mm photography and graphic design these days, which is great and really makes me happy.

All in all, I will continue to upload some clips from time to time. It won’t be ever finished, but “remastered” scenes should also be nice 😃

Will you be using the original 20th Century Fox and Lucasfilm logos for the beginning of the movie?

The content ID system is automated.
In layman’s terms, all of the original movies are in the system, that then compares them frame by frame to your video.
If it matches, it gets blocked. The mouse doesn’t need to do a thing.

I guess he played movie sequences on his stream so the system kicked in.

Well, I don’t think so. I did upload many Star Wars Clips (Star Wars: Remastered and color grading) and they didn’t block any of those. Besides, on YouTube there’s plenty of clips from that movie, uploaded month’s ago.
I have a bad feeling about this…

Hi guys… it’s been a while!

I’m still going to work on Star Wars: Remastered, I just need a short break to focus on my college art projects.
Thank you all for your support, I really appreciate it! 😃 When I’ll be ready, I’m going to modify this Destroyer model sent by Adywan, add the bridge (thanks Angel!) and implement some other changes.
And, umm, yeah. I will respect original timing in the edit 😉

You’re right guys. It works better.
It will propably take a lot of time to make the whole scene, because of the Star Destroyer. I can’t find detailed enough free version so I have to modify that one I already have… which won’t be easy, due to my lack of skills in modelling, huh.

I may change it yet of course, but I like what I’ve done.

I see your point guys. Nevertheless, I do think that this version adds more dynamic to the scene, and also I’m not a huge fan of still shots.

That in motion looks great and fits better with Rogue One while still respecting the original look.

Also, are you still doing some color grading to the Skymaster version of 4K77, or are you leaving his color grading as is? I’d say it looks great for what it is, and it’s the best I’ve ever seen the movie. But I think that there should still be some tweaking to make it look more modern.

Also you should check out Adywan’s A New Hope regrade that came out late last year. It’s still sourced from the blu-ray so it’s not as good of a primary source, but it’s the best colors I’ve ever seen from the outdated Lowry master. His skintones are so on point, it’s incredibly impressive.

Yups, I’m doing some huge color grading to it. I saw Ady’s Regrade and while I think it’s pretty good, it can be done much better, especially with 4k77. I’m going to post some more regraded screenshots from my edit, when this Tantive animation will be finished.

Looks great, really feels like a model (in a good way) but more modern without looking out of place.

If I may give some feedback I would like to share some thoughts on the look of the engines. First of all I think the motion blur on the lights looks a bit odd. The rear edge of the light trails is very sharp which makes it look like tubes of light coming out of the engines (especially noticeable at around 24 seconds into your clip). I also wonder if it would be possible to make the lights look a bit more organic, like rocket engines with fire coming from deep inside. Perhaps with a subtle lens flare like the Star Destroyer has.

And the background needs a bit of motion blur as it pans down.

Here’s an interesting look at how the Tantive IV engines in Rogue One were created:
https://www.ilm.com/hatsrabbits/creating-the-blockade-runner-engine-look-for-rogue-one/

There’s a good look at the depth of the engines, could that be shown somehow?

And the organic feel of the engines here looks nice, but is obviously difficult to reproduce.

Anyway, great work on your edit so far, I look forward to seeing more.

Hey Ridley, thanks for you feedback! I had some problem with the engines in Blender so I decided to do the lights in AE with a simple glow effect. I’ve read this article before and I really wanted to make it look more like in Rogue One, but honestly I don’t know how to make it so. I may try though, like I said - it’s still work in progress 😃

WORK IN PROGRESS Who wants to see some Tantive in motion? 😄 I wanted to keep the style of this iconic scene while making it more modern and dynamic.
https://www.youtube.com/watch?v=WwW6UvkN1G8&feature=youtu.be

That’s great! Exactly how it should look, spectacular but not over the top.
It’s something that could be done with models.
When animating, please avoid wild zooms or shaky cam 😉 Keep it in line with the original style, otherwise it won’t match the live action.

Tantive finale look. You should expect the animation to come next week. 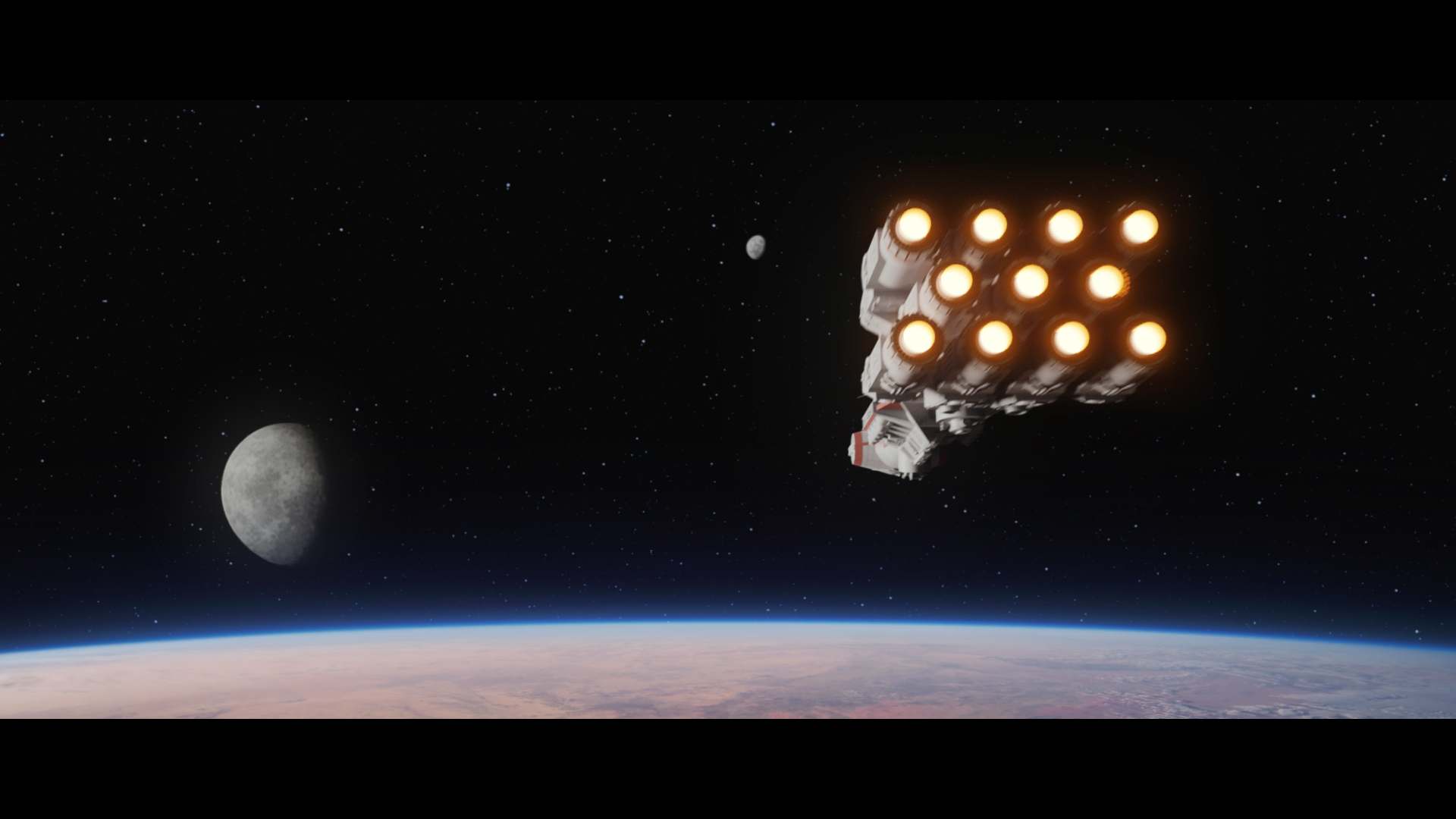 Came to say hi since so many people messaged me in Deviantart page! Keep up the awesome work man!

Oh, hi Angel! Thanks! I really like your work on Deviantart 😃

Now THIS is the quality!

I’d like to announce that from now on I’ll be using SkyMaster’s cleaned and upscaled version of the ‘4k77 DNR’ 😃 It is incomparably better than the official Blu-Ray release. 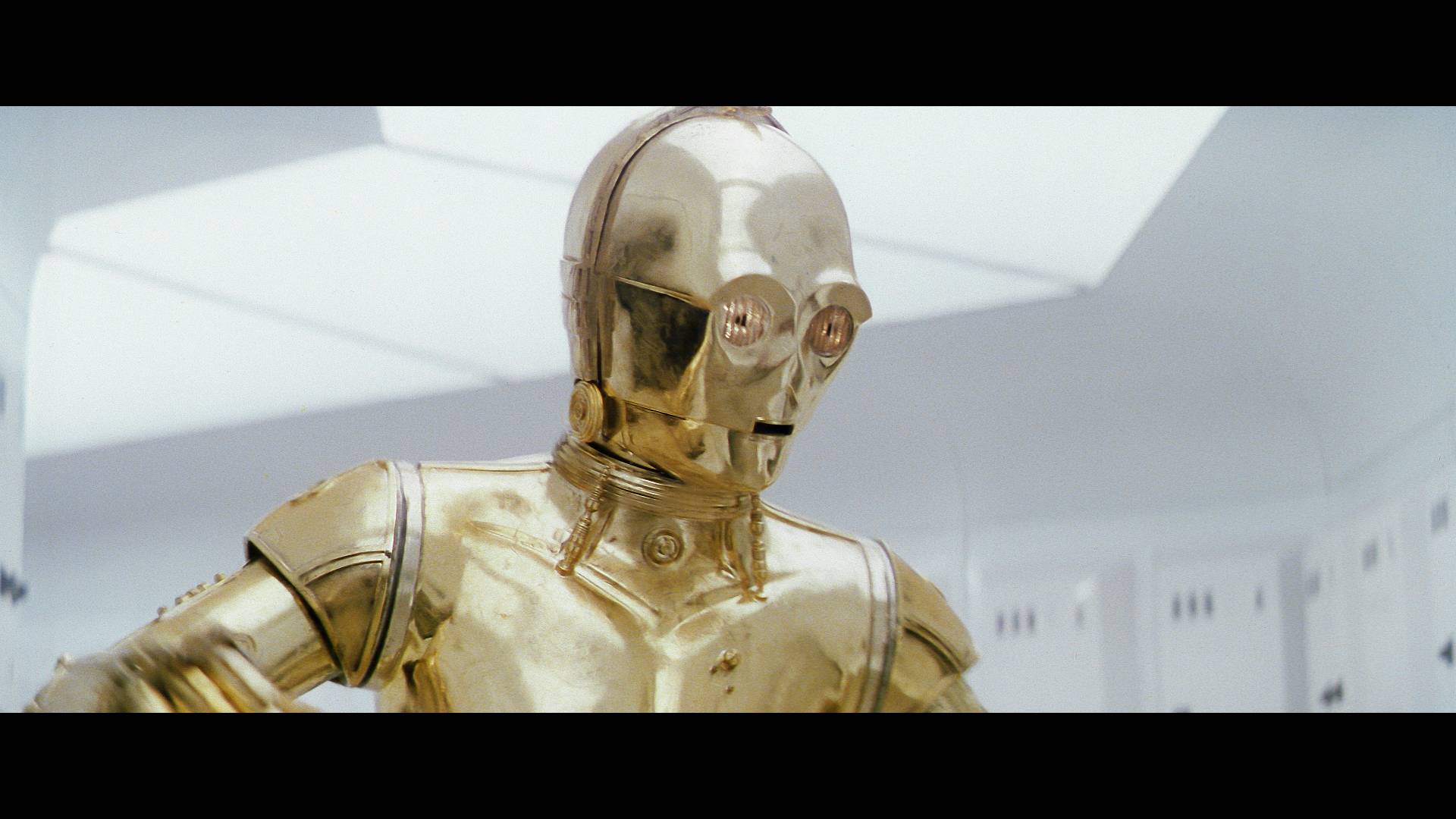 Finally! I though it won’t be ever released 😄 I think it’s really good, even though I was expecting something better, given the massive delays. However, it would be ridiculous if I put this in my edit, because it obviously didn’t match rest of the movie in terms of camera movement, lens, music, special effects, and many other stuff. SC 38 is great as a stand-alone production.