Holdo’s kamikaze scene, while visually great, was not a good addition to the SW lore. Yes, yes, all the arguments have already been made, especially as this kind of overpowered attack would actually win the rebellion.

So…why not make that scene part of the final dogfight battle…and involve Luke.

Instead of dying after the Force projection, Luke pulls off the greatest Jedi trick and wipes out the fleet from afar and THEN dies. Proving size means nothing and the Jedi are one with everything, including space. He’s gone beyond sabers and fighting with lasers.

I really like that! It has me thinking… what if it were reordered so Luke has an (optional) force hologram moment, then dies, and then the battlefleet is wiped out, driving home Obi Wan’s words of “becoming more powerful than [one] could ever imagine?” I’m not entirely sure how one would indicate that the ship was his doing; probably an echoey voice for a couple lines.

(Of course, that would raise the question of why he wouldn’t destroy Exegol by himself afterward…)

This is one I did a while back, I didn’t do any of the art, but I put it together. All that’s missing is the splatter paint, like the other two covers.

Nice! That’s definitely closer to the original layout. What you said about the splatter paint has me thinking, though; I found a few free watercolor splashes and decided to try them out on mine. I’m not sure I like the front as much, but I feel way more satisfied with the back now. 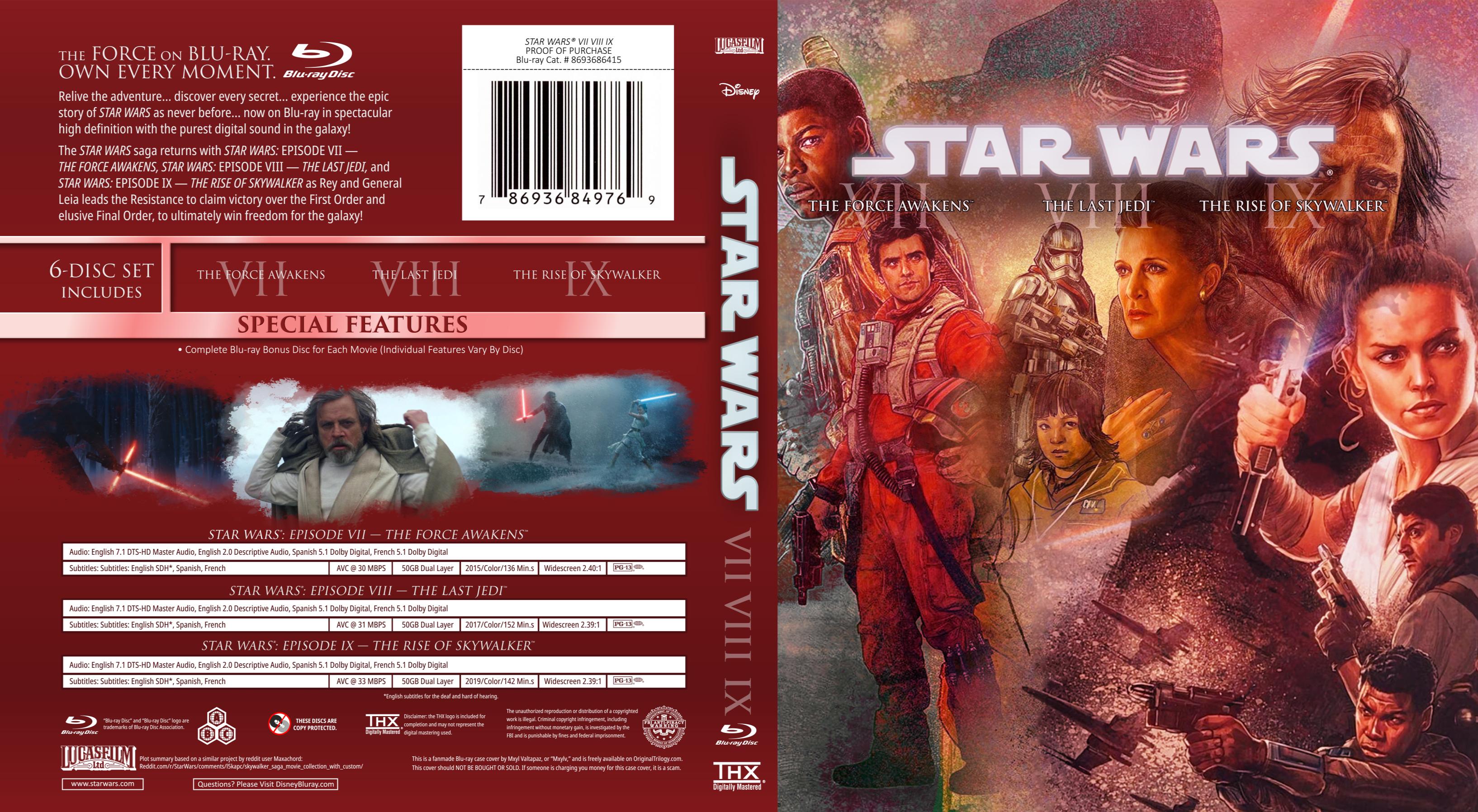 Hello all,
I’m new to the forum, but I’d been working beforehand on a Sequel Trilogy cover that recreates the stylized look of 2011’s trilogy releases: In the pictures (printed a bit before my latest version), the sequel disks occupy the former spot of a spare 2013 Prequels case so I could have each two-disc Blu-ray set in one case, so that’s why the spine looks a little wide. There only thing missing from the front is a giant face, but beyond that I feel like the mural used for the front imitates the painted look of the other two pretty decently. 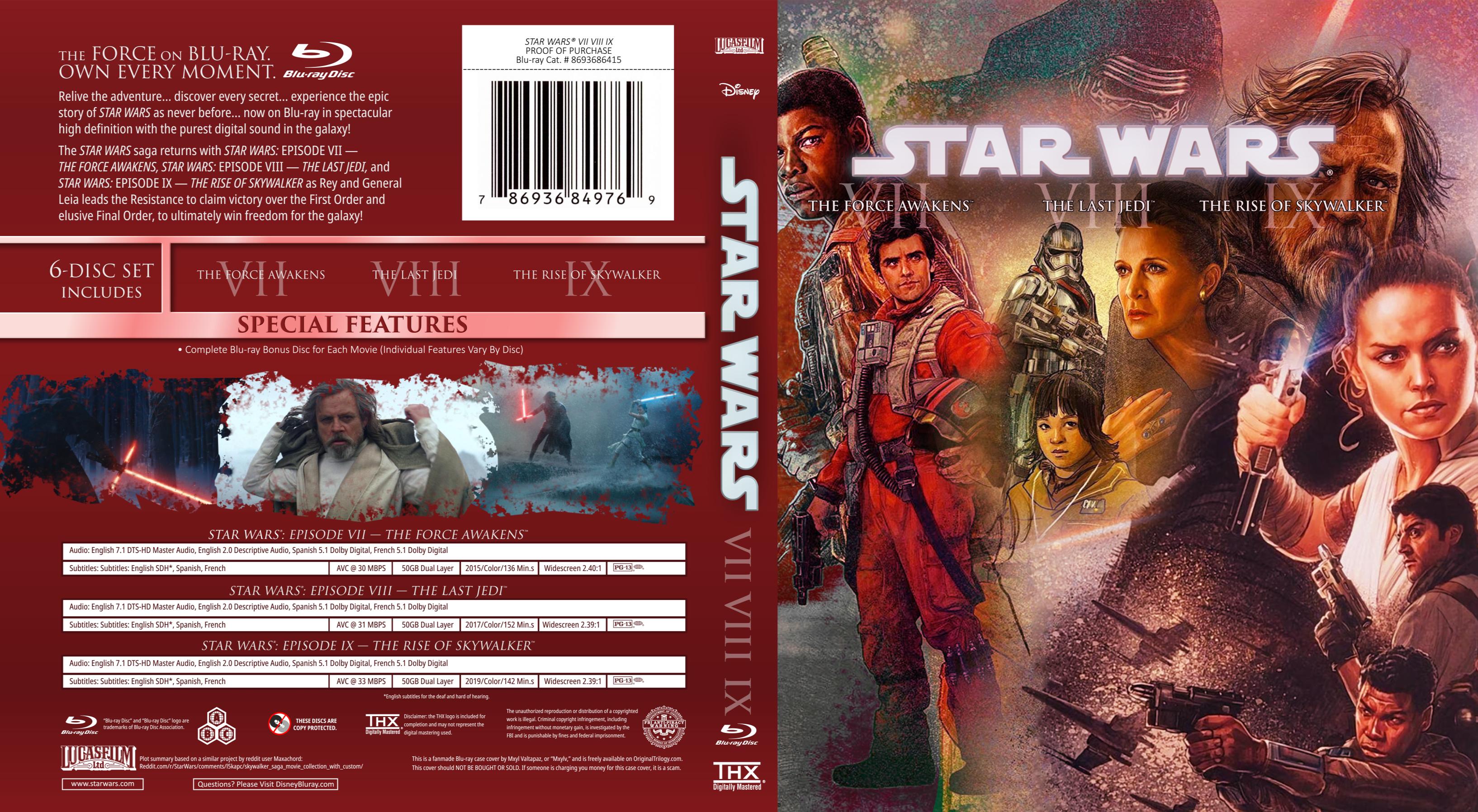 As shown in the picture, some space on either side will be cut off in the final Blu-ray cutting; it’s mostly just there for some extra bleed room. The above print was made with the blu-ray bonus discs in mind, but there’s also a standalone, 3-disc version: 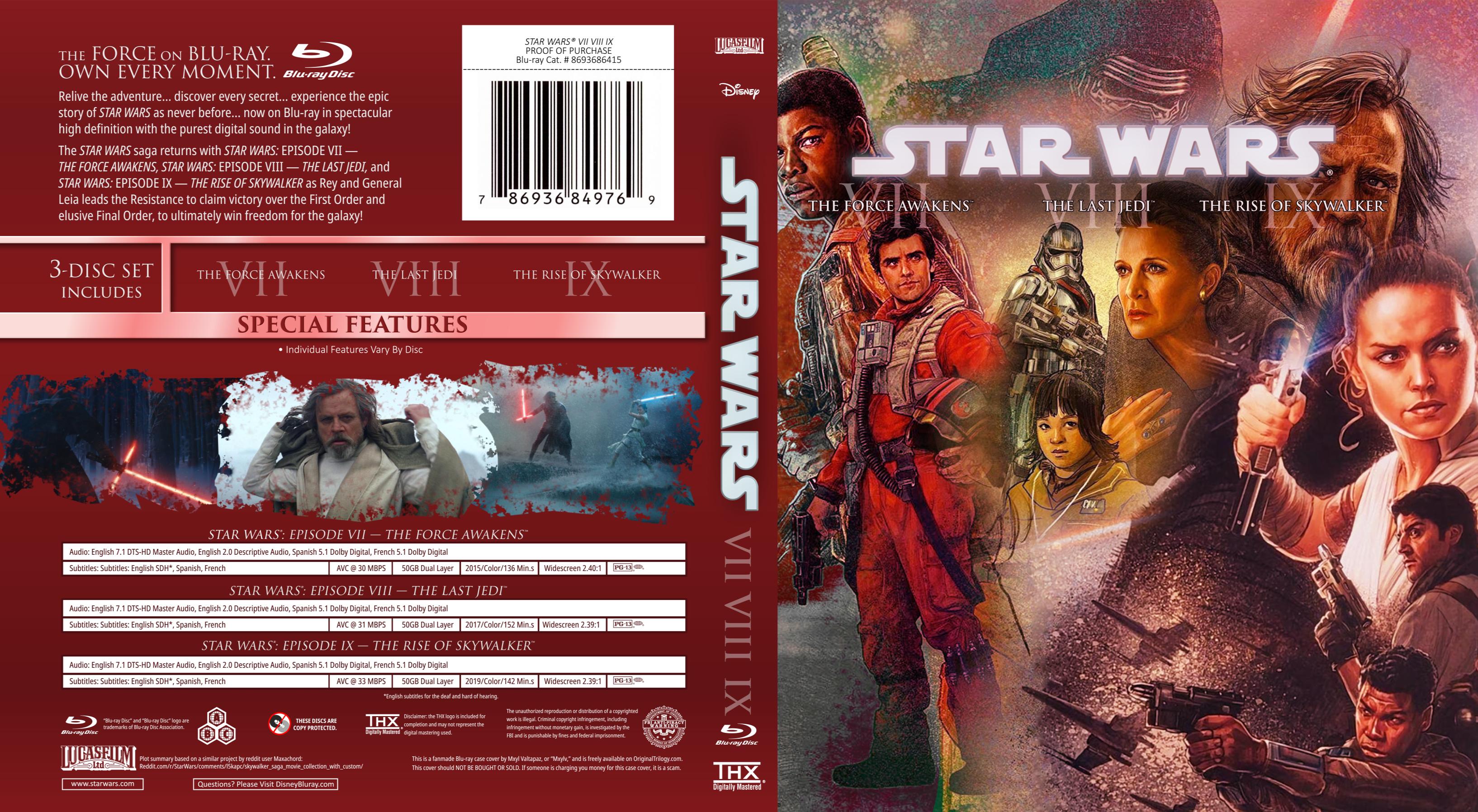 Finally, I also made a slightly tweaked variant for fans of… uh, particular opinions: 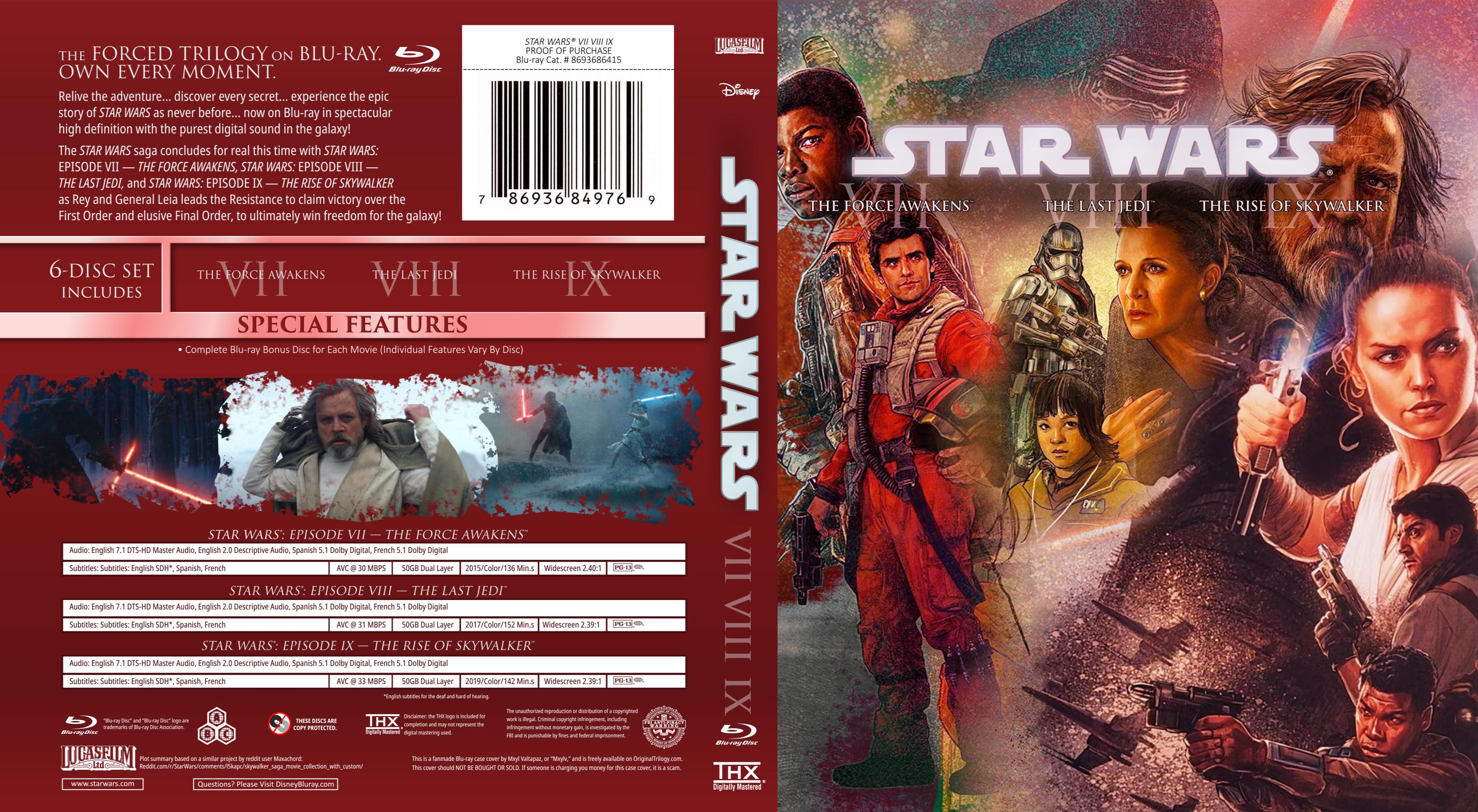 In any case, the rest of the images can be found here; the back description text was based on Reddit user Maxachord’s independently done variant for the 2013 releases and the images for the front came from the saga’s 2019 giant celebration mural.

Could I also have a link, please? This looks incredible!