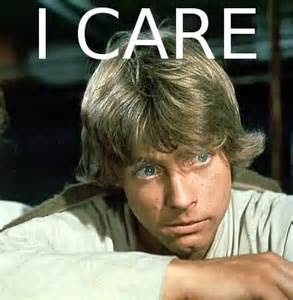 Growing up in a dirt poor little desert town, that movie hit my right where I lived (literally and figuratively in this case). I can’t see “The Music Man” without worrying he’s an alien.

I had a bookcase with a shelf dedicated soley to the work of David Eddings, including a little crystal rose that sat there, based on one of his fantasy novels magical mcguffins.

Since learning Eddings and his wife both did time in prison in the 70s for child abuse, and had their kids taken from them, I don’t have the same warm fuzzies and have taken that collection and stored it with old textbooks in the garage.

I was going to say earlier that it must be weird for you to see one of your old posts be bumped up after 16 years.

Look at us. We all looked so young.

It just occurred to me that one of the funnier coincidences regarding the Rey Palpatine retcon is that now it finally makes sense that a scavenger on Jakku speaks with a British accent. Granted her parents, even if they were genuine “nobodies”, could come from the core worlds, though that seems a little weird for “filthy junk traders” that sold off their own child for drinking money. It doesn’t really matter, but at least the EU writers won’t have figure it out in the future.

Unkar Plutt had a British accent.

Annie’s mom had whatever the hell her accent was, and yet Annie was American.
Its midiclorians.

I’m still trying to wrap my brain around Palpatine’s resurrection.

My current theory is Exogol Palpatine is the same one from the prequels. ROTJ was a clone being controlled like a puppet, a la Snoke. This would explain why he’s so decrepit and withered in TROS, and why he still has the face scars after being regenerated. My thinking is that Palpatine cannot simply clone a new body and transfer his soul into it, he can only control them remotely using the Force. This explains why he needs Rey. Eventually his body will grow so old (and possibly withered by excessive dark side energies) that even his life support equipment will no longer sustain him.

What do you think?

I think Dark Empire’s idea was way better then the shit sandwich TROS gave us.

How would you know? You haven’t seen it or TLJ, right?

There are enough spoilers out there for me to form a judgement. And Dark Empire already had the idea that Palpatine needed a non-clone force-sensitive body to transfer his essence into.

Rey is more than a little disrespectful to Betty Sue and Hank Palpatine (the names I have created for the brave couple who gave their life for her). It’s not like the “Skywalker” name is pure as newfallen snow.

I don’t know if it could be done but. In Return of the Jedi Han says to Luke “I owe you one” it would have worked better if he said “You still owe me one” as he saved Luke in the original Death Star attack and on the frozen wastes of Both. It would show that despite his gratitude for being saved he has retained his essential 'Han’ness, something sorely missed in this film.

It really just shows Han is really bad at math.

ESB was so radically different and full of new and shocking ideas compared to SW77.

ROTJ was less bold, less original, and had far less to say, just wrapping things up quick and efficient, and throwing an extra “Surprise you’re related to someone!” that kinda comes out of nowhere.

Now I look at the ST and here George’s words again… it echoes. Like jazz.

Audience reactions have appeared on Rotten Tomatoes. Instead of the 58% the 309 critics have given it, 9628 audience reactions rate it at 86%. So right now it is critically panned but loved by the audience.

No. It’s a film being rated by people who do that kind of thing. And those ratings have been manipulated six ways from Sunday Up and Down and Sideways for all sorts of movies by angry reddit threads for years now.

Flick was a lot of fun. The NEW stuff was cool. Force switcheroos, treasure hunts, Dark Science. I did not think a Kylo redemption story would be satisfying, but I dug it.

TLJ set the bar pretty high for how visually breathtaking it was, and the interesting shots and editing. Rise doesn’t even try to compete.

I think it was weakened by Abrams absolute love of homaging other films (Spock screaming “KHAN!” is forever seared in my memories). I was left with the impression of “I’ve heard this joke before.” TFA had a lot of that but I minded less because that movie also set up lots of new things. This film pays off those new things with more re-runs.

Emotionally and thematically “Rey from nowhere” really resonated with me, and undoing that with version #74 of “No… X is your Y” relative reveal didn’t seem worth it, neither did thematically changing Luke’s exile with the Palpatine-knowledge.

Rey is like 25. Her dad looked 30. Was Palpy on Tindr getting the ladies during the Clone Wars? In his 70s?

That Snoke was a clone explained nothing and created more questions. That is peak Abrams.

And having a beloved character die, get the feels from the audience, and then pull a switcheroo on the audience TWICE seemed a little much.

My least favorite of the sequels.

In my opinion a lot of what drives (the non-bot/Ruski type stuff) this is just your basic incel toxic internet stuff.
How do I deal with it?
I don’t give it the time of day.
I don’t go to any of these sites or watch the YouTube videos because a lot of this is driven by people with an agenda and they latch onto anything and the videos are more about them then the content of the media that they are on a rant about.
I’m a geezer, was 11 when I saw the first one in '77.
I have an eight year old gamer kid and my wife and I have to police his YT activity for the same reason. He goes out looking for a solution on something that he’s stuck on and winds up with a twenty five minute long video that is essentially some basement dweller playing a game talking nonstop about how awesome he is.
An unexpected consequence of the internet is the ability to observe free range toxic people in their natural habitat.
They want validation via likes, clicks, watchings, comments.
Don’t give it to them.
You like a movie, you like it. Don’t go around justifying and making excuses for the things that you like, love and are inspired by.

Just curious, why go with the special edition version of Return of the Jedi?

It what I had on DVD.
As I often do, I give out copies of fan-edits faster than I can burn them to anyone who shows the slightest interest. Didn’t have a Harmy handy.

I can’t believe that in all my years of viewing the film hundreds of times, I never picked up on this . Turns out Vader had a theme before the Imperial March that was a lot more subdued in the original film . The video they link to near the bottom of the page really makes one aware of it . Now I will never be able to not notice it on future viewings !..http://episodenothing.blogspot.com/2016/09/the-music-of-star-wars-that-we-never_16.html

By the winged devils of Onderon! I KNOW that piece of music, could hum it… but my brain never thought of it as a THEME/MOTIF in that way. It’s overshadowed in my brain box by the more dynamic Imperial March, which is strengthened by being in multiple films.

It’s a very low-key motif. More fitted to represent a bureaucracy than a regime of terror. Hardly surprising that John Williams thought better of it in subsequent films.

Yeah, but the Empire IS more bureaucratic. Grand Moff has staff meetings where people are allowed to argue. Until SW starts they’ve been used to answering somewhat to the Senate. Subordinates talk back to Vader and he listens.

By ESB things have changed. Vader is driven, and has the big boss chair unquestioned. The reign of terror has really begun. So the theme switch really fits the films.

So many things on this thread and other things I never noticed because the cropped VHS image is permanently burned into my mind, and sometimes MEMORY fills in the scene in my brain even as I’m watching it.

I can’t believe that in all my years of viewing the film hundreds of times, I never picked up on this . Turns out Vader had a theme before the Imperial March that was a lot more subdued in the original film . The video they link to near the bottom of the page really makes one aware of it . Now I will never be able to not notice it on future viewings !..http://episodenothing.blogspot.com/2016/09/the-music-of-star-wars-that-we-never_16.html

By the winged devils of Onderon! I KNOW that piece of music, could hum it… but my brain never thought of it as a THEME/MOTIF in that way. It’s overshadowed in my brain box by the more dynamic Imperial March, which is strengthened by being in multiple films.

I am 8 films into a chronological rewatch with my kids.

Not ONCE have they commented on changing special effects or film stock. No comment on cartoon vs puppet Yoda.

My daughter, during the SW trench run, did ask “how do the make explosions so REAL!” That was the extent of it.

While they’ve grown up with Star Wars, Marvel films are what kids are super into these days, and cartoons also, so they’ve probably seen “LEGO Droid Tales” more than the actual films.

Nice to see it with a fresh pair of eyes.

The cartoonish color tints could go.

Maybe a wierder score could help with the mood, it has a fairly standard score IIRC that doesn’t mesh with the movie. Something more like “Dune” has.

I can’t recall specifics, but Travolalien monologues A LOT and is also an exposition machine. Cut down on that.

Nothing can save this movie. There’s not enough good stuff to salvage, even into a short film.
On top of that, the original novel was dumb, and the film is quite faithful.

Excited. Doing a chronological watch through with my kids. This will be the first time they’ve seen ESB in a year or two, and the first time with ESB-Revisited on the big screen.

As with all things in my life, I wasn’t paying attention. But I made a little donation.