You may most certainly pledge a donation. Funding has been dreadfully slow lately.

Thanks for your guys’ pledges! Things have been rather quiet lately lol

Actually, this got fully funded a little while back. If you want to keep up with the project, I recommend looking up the FanRes thread.

Here’s a tease of the print itself though to show my legitimacy though. 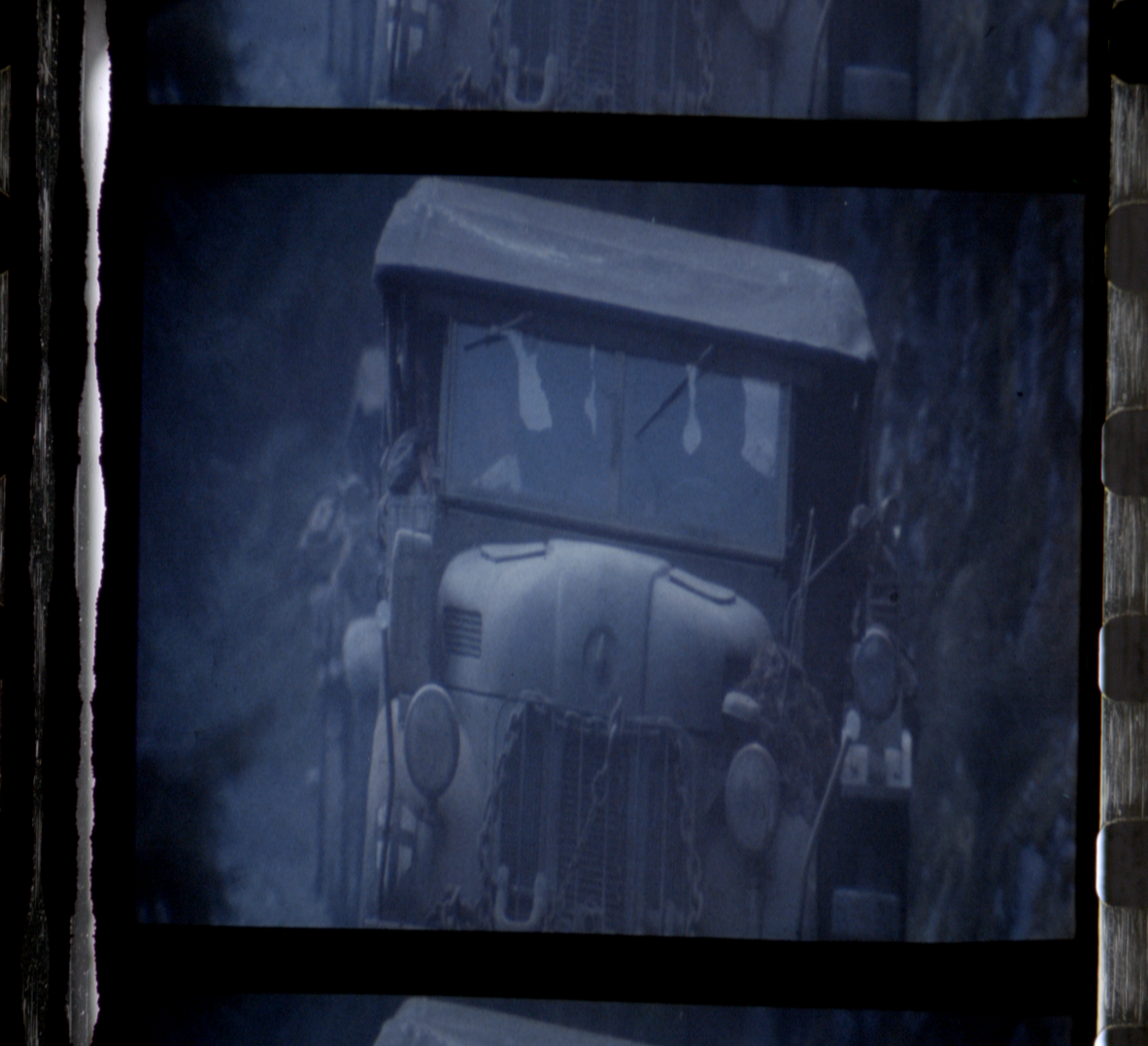 can I send some possibly in a couple of weeks?

Sure! I mean, I’m not planning on collecting until I get near the final goal anyways which could take a while. But I greatly appreciate the pledge consideration at least.

With the successful financing of The Keep (which can be found being mentioned on a few forums, EG: https://forum.fanres.com/thread-3107.html ), I thought I’d go back to an old StrawPoll survey I conducted a bit back to see what was next on that list and start up another one and see what happens. If it doesn’t get funded, oh well. If it does, then cool, another preservation available on the list.

Anyways, although technically two HD masters exist of it already at the moment, Big Trouble In Little China is a movie that I believe deserves a print scan for a couple of reasons. Apart from the fact that it’s an enjoyable cult classic and it’d cool to see how it looks with the release print grain and whatnot, the biggest thing that should be addressed I believe are the colors.

On another forum called FanRes, this movie’s been discussed a number of times in the past about how the colors on both HD masters are wrong.

The Fox HD master is not only stone old, but it sucked out all of the Cundey blues and warmed the picture up far too much to create a rather neutral looking master. Although the newer Euro / Netflix master attempts to recreate the original grading, it too suffers a slew of problems, from the poor / murky black level and the fact that much of the movie ended up accidentally homogenizing into a teal and orange color scheme, sacrificing other colors as a result.

As reported by users who have witnessed 35mm and 70mm screenings of the movie.

The new colour timing is quite something isn’t it? I was lucky enough to catch a 70mm screening in April and sure enough it was dark, moody and blue blue blue. It looks like the Netflix was a genuine attempt to go back to the theatrical colours, although the Netflix timing has more consistent orangey skin tones whereas the 70mm tends to vary going from pinkish to orange to brown sometimes, but that’s photochemical colour timing for you. The ‘green flames’ on the 70mm were genuine vivid green whereas the Netflix has somewhat tealer greens. If anything the 70mm was bluer than the Netflix which surprised me.

I like to think my memory of the screening (70mm, not 35mm) is good but no-one’s memory is perfect, it was very blue in much the same way I describe T2 as blue, inasmuch as it’s very present throughout but not at the expense of other colours (ie not a blanket tint).

As such, I believe that it’d be a good idea to at least consider scanning the 35mm print in my trusted associate’s collector’s inventory (“BIG TROUBLE IN LITTLE CHINA (1986)- SCOPE, LPP; 6rls, Good^#”) in an attempt to preserve the original photochemical color grade, so that the movie can be enjoyed in its original form in 4K (or to be used to even regrade one of the HD masters). Especially since Shout! Factory ended up dropping the ball by recycling the aforementioned outdated Fox master from 2009 in their recent blu-ray release which is a damn shame.

Like the previous project, I will just be holding pledges for now until the gap can be closed where I will then send out links to a private PayPal Pool.

So far we have pledges from…

Attention! At this moment, the pledged funding is currently at $737 out of the necessary $830! Less than $100 is needed to be pledged before donations can be accepted for the renting and scanning process to occur!

I would like to say thanks to people around the film preservation community, we’re currently roughly reached $230, a little over a 1/4 of the way there!

For those of you who want to pledge a donation, please reply down below!

Furtherly, you can check out a proper thread to this at other sites, such as FanRes: https://forum.fanres.com/thread-3107.html

Sorry about the double post, but I’ve been doing a bit of digging myself recently and I’ve managed to come across a reputable contact of my own who has a rather vast inventory of film prints and lucky for us all, The Keep is in that list and he is willing to have that be rented out and scanned for roughly under $800.

Truth be told, I actually am kind of betting it’s the same source because although the source’s name remains anonymous as of right now, it’s filed under his inventory as “KEEP, THE (1983)- SCOPE, LPP, BEAUTIFUL!#”, which sounds familiar doesn’t it? Anyways, I would give more information on the source but sadly as of right now, the person wants to remain anonymous so sadly I don’t have any more details as of right now. However, I will say that proof of legitimacy can be found if you know where to look.

Anyways, however, before I start vainly asking for money like a beggar, I am putting together a poll on the topic of film print scanning to determine if The Keep would gain enough traction for a print scan or another movie from the anonymouse collector’s list.

You can answer it here: https://strawpoll.com/c35bzdx5

Once I have some results and sort things out, I hope to be able to start a proper thread on a couple of forums on the top picked film and work things out from there. So if y’all wanna have a Take 2 at the idea of this thread, please vote and I’ll hope to get back to you all as soon as possible.

I am currently pulling together donation pledges for a preservation scan right now. I would love to post more details when I can. If anyone is interested in pledging though, just reply down below and I’ll keep tally of it. At the moment though, I’ve just got $10 from FilmD00d, so thanks for that man.

So what is the difference between THIS one and the other 4k ones?

This project is a preservation of a 35mm theatrical print of the movie. As such, it’s sort of a “Grindhouse” presentation.

The version you see on iTunes and Amazon is officially done by the studio, done typically from a scan and restoration from original vault negatives. The one you see here is done unofficially by fans from a 35mm theatrical print which has different–albeit authentic aesthetics–from the color grading to the quality of the print itself.

Bump. I would look into donating a bit of cash given this whole charade with there being a lack of a proper HD master of the movie is getting ridiculous at this point. However, like everyone else, I say this IF there was some sort of proof of this print’s existence. Has there been any contact with Jade33 since this thread started in the past five years? Any photos, at all, of this supposed LPP?

A shame I didn’t see this post awhile back, but back in January, someone was selling a full print of the movie on eBay ( https://www.ebay.com/itm/35mm-Print-Zombie-Fulci-Rare-OOP-One-Of-A-Kind-Good-Condition-/143508403423 ). Perhaps if someone is willing to go all-in on this, theoretically they could try to contact the seller and see if he can get some info on who bought it and if they were interested in a preservation scan.

airforce111 said:
There were rumors criterion were searching for actual new sources for these films but Toho shot them down and again, supplied them with a decade old average transfers.

Dang that it is incredibly disappointing if that rumor is true. That would have been an actual reason for me to buy that collection. Nice little color correction though.

A shame none of the Vimeo footage is viewable anymore. I’d love to see what progress was made at the time.

Although I doubt this is a useful bit or anything since probably someone else is covering this base on your team of restorators, I believe that this movie will be easier to fix the mild fading issue than most others for the basic fact that it provides hard captions as well as much of the footage being hard matted. Theoretically, one can make a white balance using the hard matte as an obvious black point and the captions as a white point.

I made a little test real fast to demonstrate my point (although please note, I forgot the title was “Return” not “Revenge” so minor whoops lol): http://screenshotcomparison.com/comparison/132337

I must say, I am really impressed by what I am seeing, especially considering the fact that I was honestly expecting this to never come to actual fruition. Unfortunately, I cannot provide any real help though as much as I wish to, though I will give some minor tips if I think of anything useful, although you pretty much have your priorities straight for the most part and I can appreciate the no DNR aspect as well as the implementation of the original theatrical mix (though I hope it’ll be noise reduced, but if not, I’m sure someone can do that easily enough; not that I’m expert on any of that really though, so sorry). The only thing I can really say is that I recommend trying to refrain from screwing with the colors as much as possible to retain the theatrically intended color scheme (rather than trying to create a “clean, natural” look). I would recommend trying to simply reduce the fading and leave it at that.

As I said before, I wish I can say that I can be of help, especially as a fan who’s seen nearly every Godzilla movie out there–with this being one of the few exceptions–but sadly, I have no skills in any of these departments really nor any spare cash currently.