Hi
I was just wondering if anyone has created cover artwork for this release that they’d be prepared to post on here,please? The next DeEd/ReEd double play is done! Although I’m not sure yet if it’s going to be of any use.

I would like to see the finished 35mm preservations some time

While this does solve the anamorphic problem it doesn’t solve the motion blur but at least it looks nice when played in a Blu Ray player.

True but that was never a major issue for me just like i don’t mind the scratches and dirt on the Grindhouse versions though they do annoy most of my friends for some reason.

^I am in agreement here …the movies I saw in 77,80,and 83 had some scratches and grain on them and were not in HD in the theatre

The Despecialized Editions are Astonishing and I’m thrilled to have them and will get the 3.0 versions when they’re available but i will always prefer the 35mm Preservations

While this does solve the anamorphic problem it doesn’t solve the motion blur but at least it looks nice when played in a Blu Ray player.

True but that was never a major issue for me just like i don’t mind the scratches and dirt on the Grindhouse versions though they do annoy most of my friends for some reason.

How stupid am I as I was put off watching the GOUT Trilogy which I’ve owned for 12yrs because it was a small image in the middle of my TV screen. So I sought out the many other far superior OT versions i have now as I discovered them. But thanks to finding a custom zoom feature i didn’t know TVs had i can now happily watch the GOUT versions the way I’d always want to see them.

Hi
Have any of you wonderful people got a link that would allow me to download this documentary hosted by Anthony Daniels as I would love to add it to my collection. I’ve watched it on YouTube but really want it on dvd. Please PM me if you can help.
Regards
Michael

Good Morning, Good Afternoon, Good Evening & Good Night
Have any of the talented artists on her created a cover for ROTP yet?

You’re probably thinking of the mono mix for Star Wars, which was used on some TV broadcasts in the early 80s. It’s been restored by the community and is available as an optional audio track on several projects, such as Harmy’s Despecialized and 4K77.

Althor has preserved the 1985 CAV Laserdiscs of Star Wars and Empire and 1986 CLV Laserdisc of Jedi. These are 720p versions of the transfers that appear on those tapes.

Fans of Star Wars know of the low budget flop known as The Star Wars Holiday Special and recognize it for it’s heavy impact on Star Wars culture. There exists many low resolution captures of the TV film, but at this point there exist no film reels, upscales, cleanups, or any format that is fit for average flatscreen TV viewing- if you are willing to indulge into the film, that is.

Well, like many avid Original Trilogy members, I’m going to attempt a restoration of The Holiday Special into 720p.

At the moment, I only have the Blu-Ray Boba Fett animation, and one crusty copy of the dreaded film itself. Any sources and pieces of media would help me with this time consuming project, and I shall keep you all updated.

I have found several sources that I have in mind for using in my upscale.

3 - Zion Hybrid - The absolute highest quality I could find, with heavy edge

It would help if someone could help me find the Broadcast Master as I am having a few issues finding it. But for now those will be the sources I can use. I’ll manually cleanup all the tapes and keep the project as a Work In Progress.

Keep you all updated soon - Sishyo

Updates in the month of April

April 5th: I have received information about the actual Broadcast Master, along with HD versions of the trailers during the program. I have also started playing around with AviSynth which should come in handy when I get into editing.

April 27th: I have successfully combined HD elements of ANH with the Special. I successfully made the color pallet significantly better using the color bar screen in Avisynth, and I am now looking for programs to use for my editing. I am always open to any suggestions you may have, and this will most likely be the last post in the month of April.

Updates in the months of May and June

June 20th: The first few minutes have been significantly improved with color correction and as mentioned before, HD elements from the Blu Ray release of ANH throughout the month of May. I went through a few crisis’s in real life regarding family and education, but for now I got my life back on track. I’m probably going to do the same ol dissapearance for a few weeks, however progress should start to get gud during the summer.

June 26th: I got a new program to do some framing and editing of the Holiday Special called HitFillm express. I also got a new computer to do editing on, as my old on was being unresponsive and very slow. Below will be a comparison of some components I will now be using, and what their purpose is. 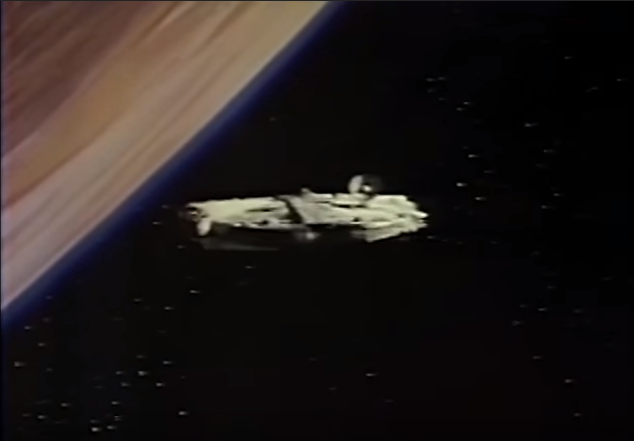 Below is The WHIO 1st Generation, and I use it for its color pallet 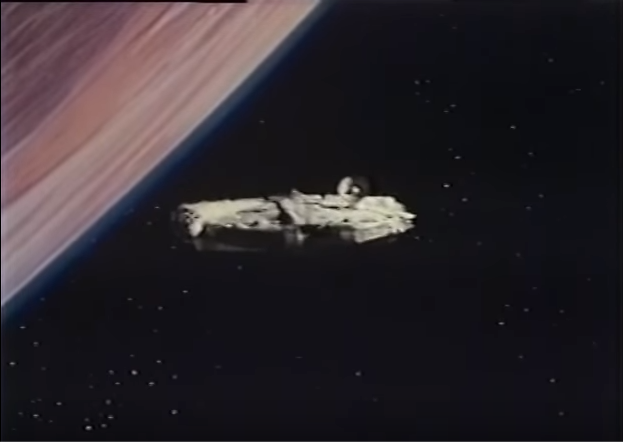 Below is the NTSC Broadcast Master, and I use it for frame timing and filling in empty frames 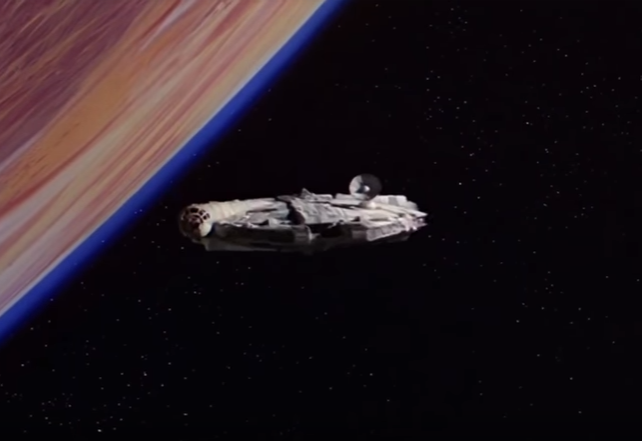 Below is the Blu Ray release of Star Wars: A New Hope, and I use this for whatever HD bits I can take from it since some scenes were reused in the Holiday Special.

Sorry if the the framing isn’t accurate, however these images should give you a sense of what these components serve. If I have any massive breakthrough with my progress I will certainly let you all know, but for now I’ll see you guys later

Updates in the month of August

August 26: Hello everyone, quick update for today. I have finalized a lot of the framing of the Blu Ray segments into the Holiday Special. The deinterlace into 1080p60pfs was rough, so I may have to redo that. I have tried my best to color correct the Special, but that will take a lot more time. The only major thing left that I haven’t touched on is the score, and I have found a man who specializes in that department, so that shouldn’t be a problem. I will try to post my progress on November 17th if everything keeps progressing like it is right now.

Even though I’m not sure a blu ray version is required i have the upmost respect for what you’re doing. You must have a strong constitution to put yourself through having to keep watching it.

On fanedit.info there is reference to a ‘Star Wars: The Galactic Edit 1 - Rise of the Rebellion’, by Mustardkraken.

I think ForceGhostRecon (a member here) was also looking for this Edit at one time - if he was successful maybe he’ll be able to help you?

Other than that I don’t know anything about it - though good look in your quest for more info / cover art for it.

Hi a friend found an edit of SW & ESB it’s listed title was Rise of the Rebellion however the opening crawl which has been rewritten just says Star Wars. Has anyone got this version as I can’t find any cover artwork

Rogue One
The Battle Of Scarif

I’ve run into this page while seeking info about the Godfather.
I have a couple of fan edit.
One is in Italian and it’s called “IL PADRINO COMPLETE EPIC 1902 - 1959 ITA”.
It was aired on “Studio Universal”, a former Italian SAT-TV channel, and it’s 6hrs 43mins 26seconds long.
I have also a folder called “THE GODFATHER CHRONOLOGICAL EPIC 1901 - 1980” which is in English.
I remember I downloaded it from a private hidden torrent tracker and this folder is full of stuff (I’m preparing a list, give me some time to upload it).
In the “Movie” folder there are 4 .avi files divided as follows:

I remember I watched it once a lot of years ago, and I remember it was edited from lots of sources such as the DVDs (with the extra scenes), the old VHS and the TV recordings.
Unfortunately I don’t have the .txt info file provided with the torrent (I’m really not sure if there was any TBH…), but if you wish, I’ll be happy to share it with you!

Thanks for your patience in reading this loooooong post, I hope to find some more info for my passion!

Hi although I have the Despecialized Editions of the Original Trilogy. I recently came across the Partly Despecialized Trilogy which I had put on blu ray thanks to friend, but I can’t find any cover art for these versions can anyone please help. I know there obsolete but now I have them I need covers this is a sickness I can’t control. Haha

Hi everyone i was wondering if any of you can help me i just got a copy of the Rogue One: The Battle Of Scarif fan edit but I need a cover for it can anyone help me out please.