Are there any communities or individuals that share Disney LD rips? I made a few rudimentary ones with my DVD recorder so I could add them onto my Plex Server.

There doesn’t seem to be much on the spleen, besides Lion King.

Which Disney LDs do U have?

Would you please PM me a link to the MKV file as well?

Would U please PM me a MEGA link to this project?

@GoboFraggle1983 it’s from the doc “Frank and Ollie”. It’s available in HD on Amazon.

Interesting thread. I am another swedish person dedicated to preserving Swedish cartoon and dubs.

Do you have any old Swedish dubs by any chance? If so, which ones?

This are the major movies I have/are searching for. There are plenty of other redubs as well in Sweden.

Are you able to PM me download links to rips of the Pinocchio and Dumbo old Swedish dubs? Also, do you have the following featurettes in their original Swedish dub? If so, would you please send those to me as well?

OK, where in the WORLD did you get that open-matte edition of “The Jungle Book”?? Do you have the entire film in that edition? If so, would you please PM it to me?

Interesting thread. I am another swedish person dedicated to preserving Swedish cartoon and dubs.

Do you have any old Swedish dubs by any chance? If so, which ones?

Would U please send me your Danish VHSrips of “Lady and the Tramp”, “Alice in Wonderland”, and “Pinocchio”?

How far has anyone come on this project?

@RU.08 I’m very interested in contributing to a Lion King scan for definite. Not sure how much I’d be able to contribute, but it’d be a percentage nevertheless. I’d like to know of a quote. Regarding the BATB scan, has it been scanned and shared around yet, what’s the status?

@GoboFraggle1983 I have quite a few, BATB, BATB (WIP), The Lion King Deluxe Edition, Toy Story Deluxe Ed, The Little Mermaid, Snow White, The Fox and the Hound.

This would probably be served better by it’s own separate discussion, but I’m working on putting together a Lilo and Stitch Pre-9/11 cut for giggles if anybody’s interested in that.

Hey DoggtorWho, did you receive my PM?

Thanks for the response! I’ll gladly donate to The Jungle Book project! Can you share a link?

Does anybody know of any Lion King 35mm projects going on? I’m trying to get 35mm copies of the Disney renaissance movies between 89 and 94 (basically everything between Mermaid and Lion King).

I’ve started the process of ripping my Laserdisc copies of those films, and the WIP version of BatB. Wanna upload these somewhere for others to enjoy but not sure where as I’m pretty new to this. Adding all the supplementals that are on the LDs too if anyone’s interested.

Which Disney movies do U have on laserdisc?

This Japanese DVD seems to have the same running time as the early 1990’s re-release. Might have Deems Taylor too?
https://www.ebay.com/itm/Fantasia-DVD-Japan-REGION-2-Ships-from-USA/111833274858

A MySpleen user, I don’t know if (s)he is even on OT. I asked about Fantasia, and I was told there is already a restored Pastoral version on MySpleen, but no Deems.

I didn’t ask about anything else. What are you looking for?

*In particular, I’ve been working on my own preservation project of the Pooh featurettes, since they were never released to DVD (apart from “Blustery Day” which was released only once as a bonus feature on the 2006 USA DVD of “Pooh’s Grand Adventure”) and only the 1977 compilation film version (“Many Adventures of Winnie the Pooh”) is currently made available.

So far, I’m almost finished with “Honey Tree”. I’ve used the 2002 DVD edition as a source for most of the cartoon, restored Bruce Reitherman’s dialogue as Christopher Robin from the 1993 Storybook Classics VHS (in the “Many Adventures” compilation film, he is re-dubbed by Jon Walmsley who had also voiced him in “Blustery Day” and the film’s epilogue) and I’ve color-corrected the opening and closing titles from Molly’s laserdisc copy. I’ve also been collecting the more rare foreign dubs of said featurettes and once I’ve collected enough, all I need to do is learn how to make an MKV file so I can combine all of the audio tracks 😃

I will PM you my edit in a few minutes 😃 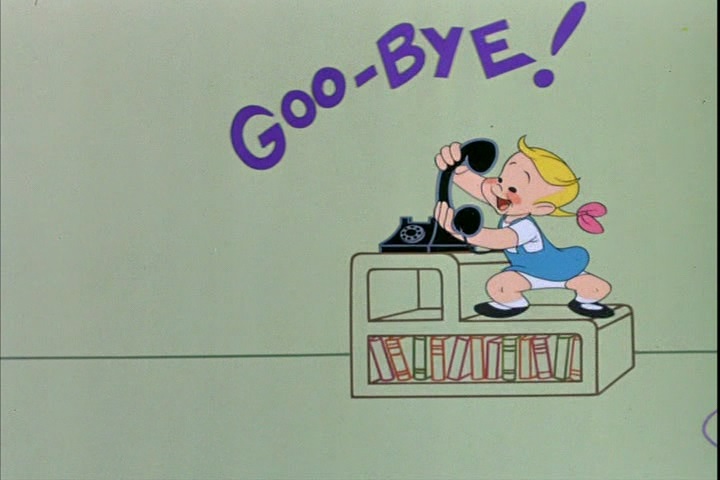 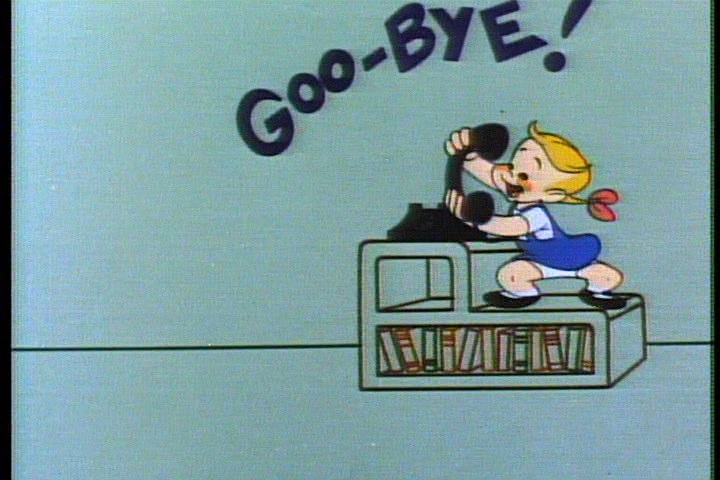 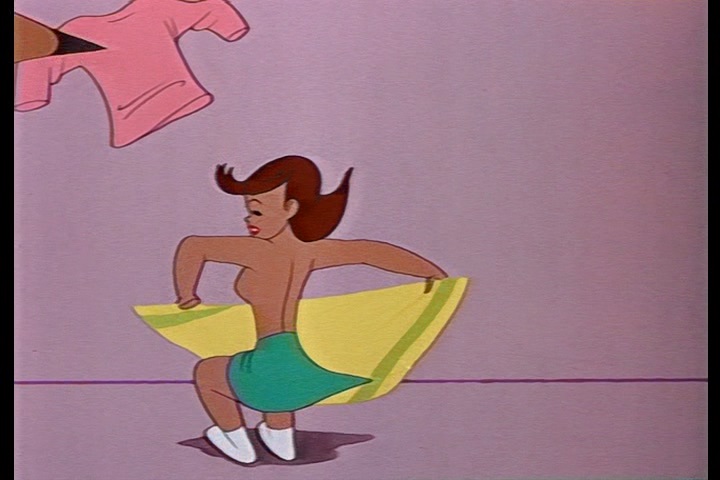 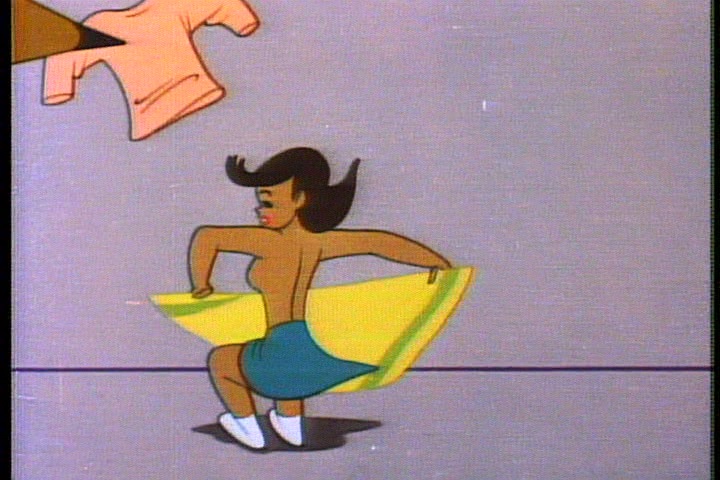 OMG, the colors. What the heck happened there? They are so far apart I have no idea which is correct.

And so so much dirt. (Although I think I’d hit a v2 with a de-halo filter.)
I’ll consider working on this if anyone has solid suggestions, but I’m not sure there is anything worth pulling from the source.

I can’t believe I got an analog TV/VHS source looking that good. (Btw, the VHS has colors about halfway between these two. I’ll add snaps of that if anyone is interested.

Guys, we have a new winner for The Sword in the Stone!

The Amazon WEB-DL is 1080p, has no logo, and fewer artifacts than the best HDTVrips around; better bitrate too.

Where is this WEB-DL to be found? There are a few of them floating around on Usenet, and I’m not sure which one people think is the best. Any info would be appreciated. NeverarGreat and I are trying to track down the one mentioned earlier in the thread.

EDIT: Got it! A big thank you to those who helped us out!

Are there any digital releases of the remastered “Jungle Book” transfer in its open-matte?

I don’t know if I could be of any help but I bought a 16mm transfer of A Charlie Brown Christmas. I have it in mp4 format and VOB format. Audio sounds great too.

Do you think you could PM me both copies?

Here’s a convenient, side-by-side view of the Doctor M/goofydylan8 Disney’s Peter Pan versions (see previous posts). The snapshots should be looked at only for coloring, as they all have been HTML-page pixel-downsized to fit across the page.

I did a similar comparison for “The Jungle Book” 😃

Here’s a convenient, side-by-side view of the Doctor M/goofydylan8 Disney’s Peter Pan versions (see previous posts). The snapshots should be looked at only for coloring, as they all have been HTML-page pixel-downsized to fit across the page.

I did a similar comparison for “The Jungle Book”

Hey everyone, I saw earlier in this thread about a 1988 Disney Channel airing. I have a copy of BLT taped on to VHS (date unknown to me) that I’ve digitized. It still has the original star pasties during the scene with the TV. Does this mean its from that airing or were there other releases that didnt edit that to a bra?

I wish I knew, but that sounds pretty cool if it only came out that way originally in the film fest circuit.

Well, it seems that the censored edit with the bra was only made exclusively to the USA DVD release, while the VHS releases (or at the very least, the 1991 edition) contain the uncensored version with the star pasties. International releases outside of the USA also use the uncensored version, with the exception of Brazil and Japan, which use the same edited NTSC master as the 2003 USA DVD.

If possible, would anyone be willing to release a smaller version of the file?

I wonder, is this 2002 PAL DVD for Cinderella, pre-restoration?

No, it contains the direct-to-video sequel “Dreams Come True”.

There hasn’t been any DVD release of the original “Cinderella” before 2005, although the 1997 pre-restoration master (used on international 1997-98 VHS releases at the time, including the UK, Netherlands, Italy, Germany and Hungary) was released on VCD in some countries. (It was also released on laserdisc in France and Germany). I actually have a copy of it, along with the 1987 re-release/1988 USA Classics master (ripped by a friend of mine from laserdisc), the 1992 international print used on non-USA releases, and the 1995 Masterpiece Collection edition (also sent to me from a laserdisc by SilverWook). I can send you whatever you don’t have for comparison with the 2005 Platinum Edition and 2012 Diamond Edition restorations. (I can even post comparison screenshots on here later on.)

I literally just discovered this today, but here’s a deleted scene shown on the Swedish VHS release of the animated “Charlotte’s Web” film (1973).

This is shown right after we see Avery and Lurvy spot Jeffery trying to get into Wilbur’s crate. The truck stops so Avery can put Jeffery on the ground, and the latter tries to catch up with the truck, but to no avail. His mother then proceeds to lead him and his siblings to the pond.

I don’t know if this scene was originally shown during the film’s original theatrical release, but for some reason, this has been removed from subsequent releases on VHS and DVD. If anybody has the English version of this particular scene (that is, if it appears on the 1979 or 1988 VHS tapes), PLEASE let me know.

Any updates on this?

Any updates on this?

Would someone please send me the download link as well?