Hi poppasketti your edit sounds just what im looking for. Could i get a link to the 720p and 10gb versions to start with please? I’ll drop you a review in here soon after. Thanks.

Calculon I’d love to make a set from your 95 cases. I sent you a pm, im in the uk and only use 14mm spines.

Heres the best set I have built so far. Box is made from hobby board glued and taped together. Slipcover is on 240gsm paper if i recall. Verbatim 50gb printable discs. Recreated trading cards from the 70’s run using thick card stock. Recreated mini comic books using 150gsm matt photo paper. But I really love your stuff and Its inspired me to make another like it. Great work! 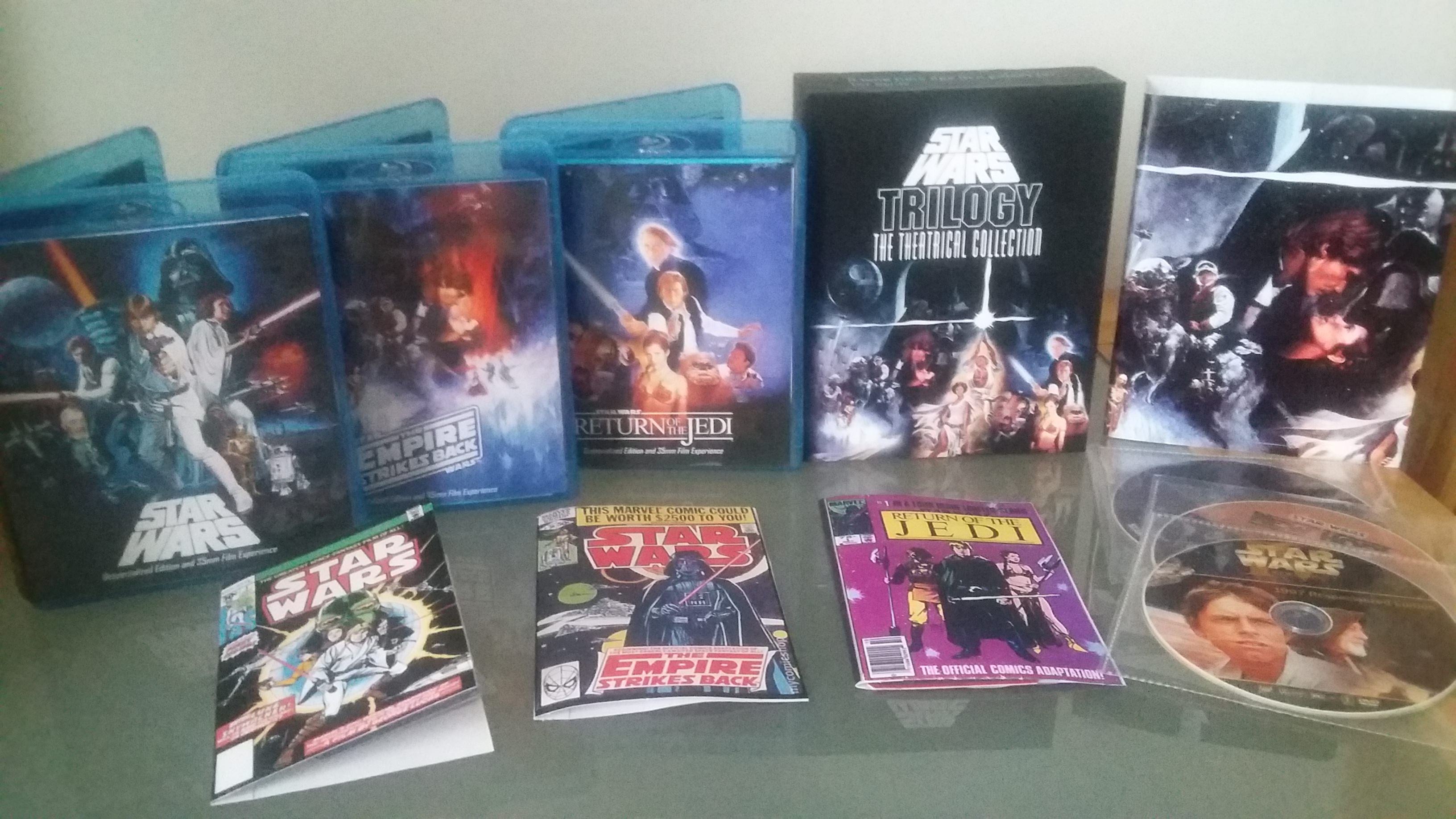 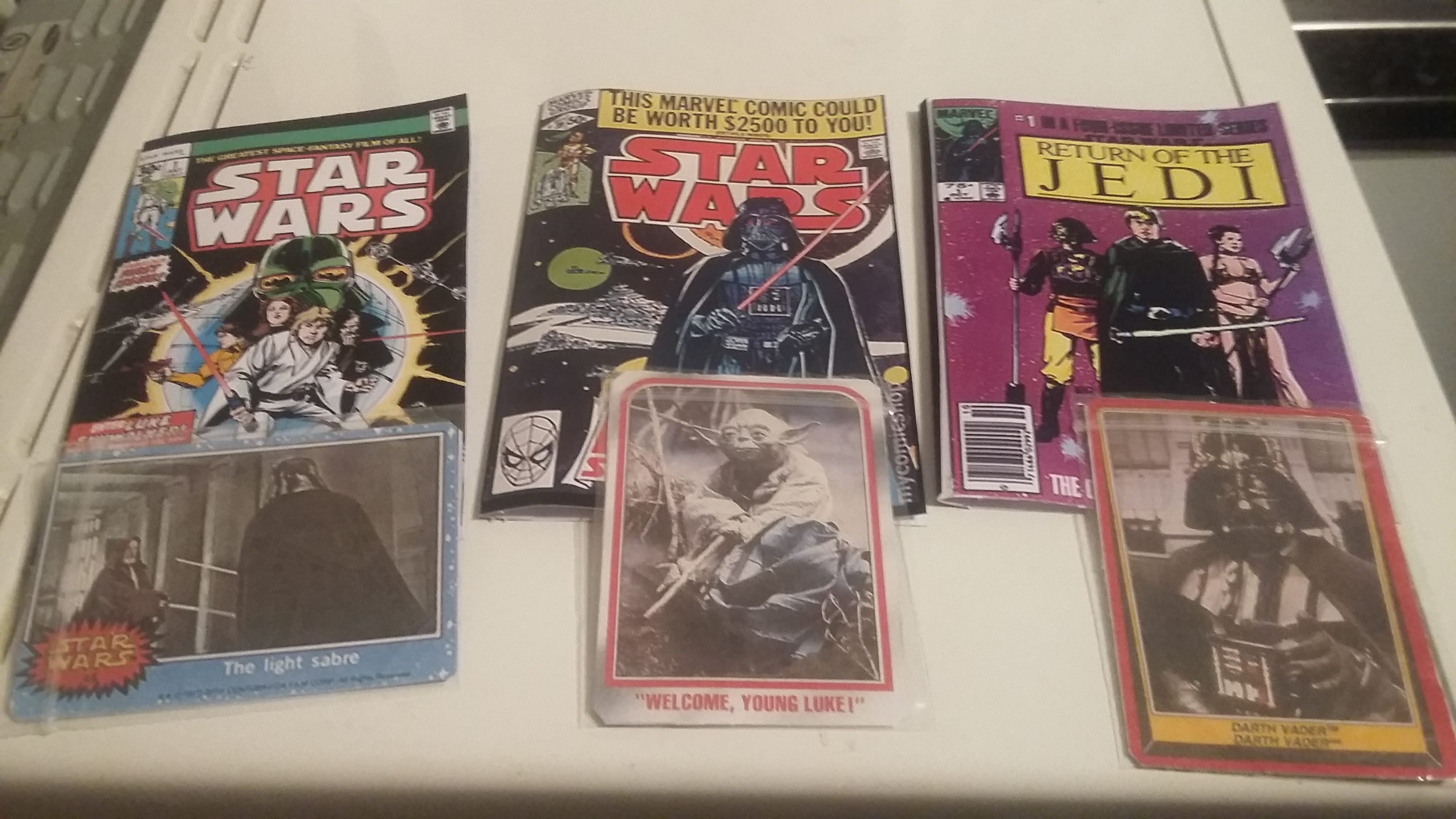 So currently is myspleen the only way to get the dnr version?

Wow. What an entertaining game for a neutral fan but Croatia have been so hard done by here. The first two goals for france should never of happened.

Here is the handball rule from the fifa rulebook itself.

A free-kick or penalty will be awarded if a player “handles the ball deliberately (except for the goalkeeper within his own penalty area)”.

The ball was never handled deliberately in this instance. If you watch the replay which the ref has as well. His arm clearly does not move to intercept the ball at all. It is simply there already and no human has the reaction speed to move out of the way of a ball at that speed from two yards away.

Not only that but the idea of VAR is that if called to view something on it. The referee is to be certain of what he’s seeing or stick to his original decision. The amount of time he spent looking at it and then running back was comical and left me and everyone I watched the game with in fits of laughter. What an absolute joke. He should be ashamed of the decision and fifa should review it. 9 times out of 10 VAR has helped at this world cup but i knew there would be a mistake somewhere along the line and in the final itself and to lead to a goal…Wow.

Anyways. Great tournament, well done France despite the luck they were the better team and I believe would of won anyway even at 2 all in possible extra time.

Huge congrats to Belgium Croatia and England for getting so far.

And I second that thanks Jason.

Disappointing. Yes southgate has taken us further than ever since Italia 90 but I expected more from this england team because that second half is not how we have played throughout the tournament.

What happened to our passing and calm possession based play? Croatia’s midfield left us in tatters the second half because we lacked any kind of holding midfielder Henderson just wasn’t up to it. And we lost our composure.

We were scrappy with sloppy passes and long balls in the second half and Harry Kane seemed tired perhaps maybe even injured. England vs France would of been a so much more entertaining game in the final because I fully believe France will crush a tired and spent Croatia now.

We should of killed that game off early, it should of been at least 3 nill by half time.

Build on this team southgate in the next two years.

Trippier really announced himself at this tournament as a great player and deadball expert.

Magguire shone for someone who went to Euro 2016 as a fan.

Pickford was good most games, probably won’t see him at Everton again when seasons back.

We need a better midfield. Lack of a holding midfielder and going forward someone to support Kane and also to step up when Kane isn’t on his A game like last night. We never had a plan B.

Rashford, Welbeck and even Sterling underperformed. And I was expecting sterling to finally break through last night but like always this tournament he’s only shown his pace and nothing else, first touch always letting him down.

Would like to see Croatia get a star on their shirts but I don’t see it.

Right ok lol. Thanks for clearing that up for me.

What is the emperor wipe ( with or without ) people talk about with revenge of the sith? I’ve seen the prequels but never delved too much into this aspect.

It was a steal because the prints come out high quality every time and the ink seems to last quite a while.

It has two input trays one for just a4 paper variants. The other smaller tray is for your other sizes like 6x4.

Jesus Christ. Did you even read my thread. It seems hardly anyone reads it correctly because all I get is pms asking for content on discs. I DO NOT DO THIS AND NEVER WILL.

I request a mod to close this thread as it’s not what we do here. But feel free to pm me for a dummy guide on how to get content onto discs.

Sounds like a great set up man very chill. And what about your screen Possessed? What size can the generic Chinese projector handle?

Jay that all sounds so interesting and exactly why I started the thread thanks for the input. I get the feeling if I had been born 20 years earlier than I was I would of loved to be a projectionist of 35mm. Thanks for that motivation to try it.

And Handman that looks so cool the first picture very vintage lol.

I have quite a few people interested in my idea now and I’ve been shopping around for quotes. Venue, equipment ie projector, screen and equivilant speakers they woulda had in 77. Looks to be costing us only just under £100.
All rented of course. A small cost shared between many.

Does anyone here enjoy projecting films at home instead of using a standard tv? Or perhaps you have a cinema room in your house with a big screen for projecting onto and also a sweet surround sound set up?

This thread is for people to discuss all things projection be it old style 35mm or newer modern digital LCD DLP OR LED projectors.

I hope to soon put on a show of my own for a few friends of… you guessed it… star wars.

That’s annoying…like why the f did I pay and am paying for an account with them lol.

look for the usenet discussion earlier in the thread.
a.b.starwars is a usenet ‘channel’ for want of a better word, it is short for alt.binaries.starwars

Lookup a usenet tutorial and it will all become clear.

Can anyone fill me in on what a.b.starwars is in a pm please. I’ve been round here a while now but that’s gone straight over my head. Or talk to me about mega links in a pm please.

yes, only the mkv is available, and i don’t think it’s blu-ray compatible.

Correct. It doesn’t have letterboxing baked in, so the picture dimensions aren’t a standard 1280x720, which is required for a 720p BD.

Ok is it relatively easy to put in those letterbox bars? To get to the correct aspect ratio? What program will I need?

Edit. Never mind figured it out thank you.

Hi guys. Is this still only available in the 720p mkv? I’m having an issue getting it to play on a blu ray disc. I mux to blu ray folder and no errors occur. Burn to disc with imgburn and It also says successful bdvideo created. But two discs now won’t play on my pc or player. Don’t want anymore coasters. Anyone have an idea or am I missing something obvious.

Just an update. Please, anyone interested take the time to read all of my original post properly and submit a request correctly before pming me. So far I’ve had people message me for stuff I havn’t even stated I will do. Burning discs, printing dvd covers out are NOT included in this service. And if you want something done that I have actually stated I can do. Please start up a pm with me introducing yourself and explaining thouroughly what you would like and keep the communication going. Thats all for now.

Yes read upwards of this page for what to search for.

The situation in eBay is the worst I have seen in ages. There are 8 seperate listings on eBay UK right now from 3 different sellers. Reported.

Just watched this for the 1st time today. Watched it twice actually but the first time just the first half hour alongside the untouched grindhouse and despecialized for comparison.

My wife was like erm…why do you have three of the same film playing at once? Haha I told her I could explain it but she would be bored lol.

Anyway its a masterpiece of work. Thanks TN1 and of course great work Dreamaster the effort you put in is so beautiful.

That’s such exciting news! Can’t wait! Do you need any more donations?

Are you taking requests from the whole planet or just the USA?

Hey Pittrek. As long as royal mail ship to your location it doesn’t matter where you are.