There are at least 2 beautiful box sets dedicated to the output of the best American movie company currently running…sadly none of which are available for Region A markets.

Inspired by the phenomenal Toy Story 4 and the 4K releases of the majority of Pixar’s movies, I decided to create a series of covers for 8-9 disc Blu-ray cases for the Region A releases. I might try my hand at a box to house them all together, but that’s a ways down the road.

I wanted to be as comprehensive as possible, so I’m including projects tenuously connected to Pixar as well, like the Buzz Lightyear of Star Command series (I’ll leave you to find those due to legal gray area), the Planes movies, and the Toy Story specials.

I’ve finished Vol. 1 and have a little preview of a work-in-progress Vol. 2, enjoy!

At least they’re not the awful “Faces” covers this time.

Those are fantastic! Using that artwork for my discs!

UPDATE: Empire Strikes Back Bonus Disc is complete, will be posting pictures, video and features list this afternoon. Sadly 4K80 is a very long way from completion, so I’ll be going straight to Jedi and Trilogy bonus discs from here then come back to do Empire once the remaster becomes available!

Am I the only one frustrated that it just looks like more of the same? With both the other trilogies, the characters would look fairly different with each installment so that we got excited to see how they’ve evolved since the last movie: Anakin going from little kid to powerful Jedi Knight, Luke going from white tunic-wearing farmboy with a blaster and blue lightsaber to a black-clad Jedi ready to take on the Empire with a green saber.

Here it’s Rey, Poe and Finn…again. Rey’s got the same outfit, same hairdo, same lightsaber, same wide-eyed intense expression on her face as ever. Finn’s hair is a little longer, but that’s it. Poe, again, exactly the same. Kinda disappointed, I gotta admit.

I honestly don’t know. It’s an extremely time consuming process, especially on a so-so PC running an Adobe program that’s no longer officially supported (Encore), plus I have a full time job and other responsibilities.

But knowing there’s a demand for this from others will definitely motivate me to get it done faster! And I’ll keep you posted and can send you the ISO’s as I wrap them up if you want. Can’t do MySpleen but there’s gotta be some way we can do that.

Citizen Kane (cliche I know but when the shoe fits…)

Biodome. I mean, my God how could it be anything else. It made me want to leave this plane of existence all by itself.

Thank you! Yeah I can probably whip up prequel versions as well. It’s a long way off though, I’m focusing on OT with extra discs for the trilogy as a whole. Once all the smoke clears on that, I’ll probably get to the prequels.

It cannot be denied the sheer impressive volume of content the 2011 Star Wars: Complete Saga Blu-ray box set (and subsequent individual releases) boasted…and yet be so confusingly botched at the same time.

From the odd hodgepodge of documentaries in place of ones that make sense on the bonus discs (Anatomy of a Dewback and 501st documentaries in place of say From Star Wars to Jedi or Empire of Dreams) to the needlessly complicated menu navigation (why split them into planets?) to the strangely letterboxed featurettes, I’ve always felt these odd decisions held it back from being counted among the truly great Blu ray sets like Alien Anthology or Lord of the Rings Extended Editions.

Here’s how it looks.

PLEASE NOTE I captured the full motion menus from playing the Blu-ray on a cheap disc drive on not-the-best video card, so please bear with the incorrect aspect ratio, choppy loading, and dulled colors. All these problems go away on a standard Blu-ray player. 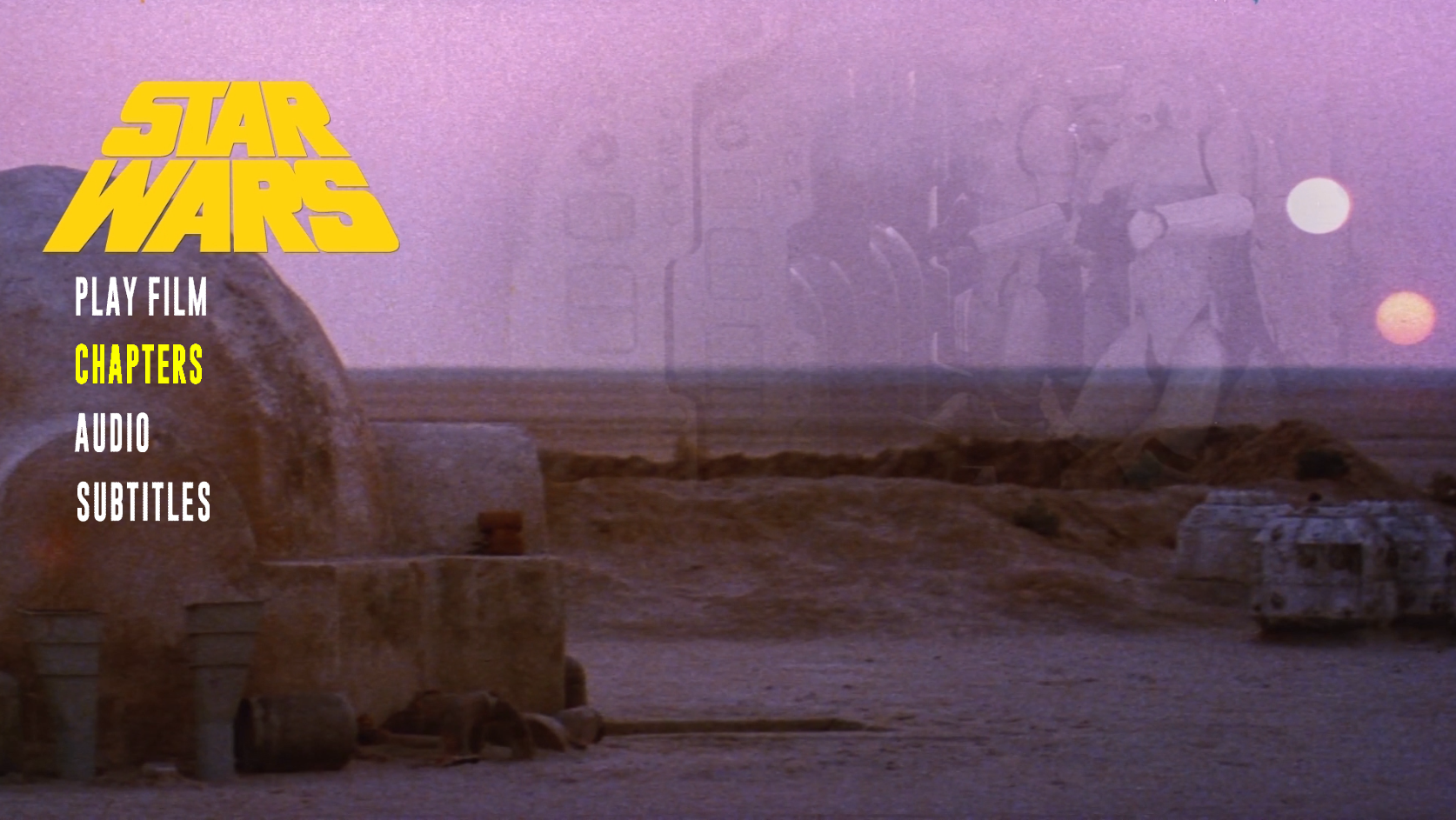 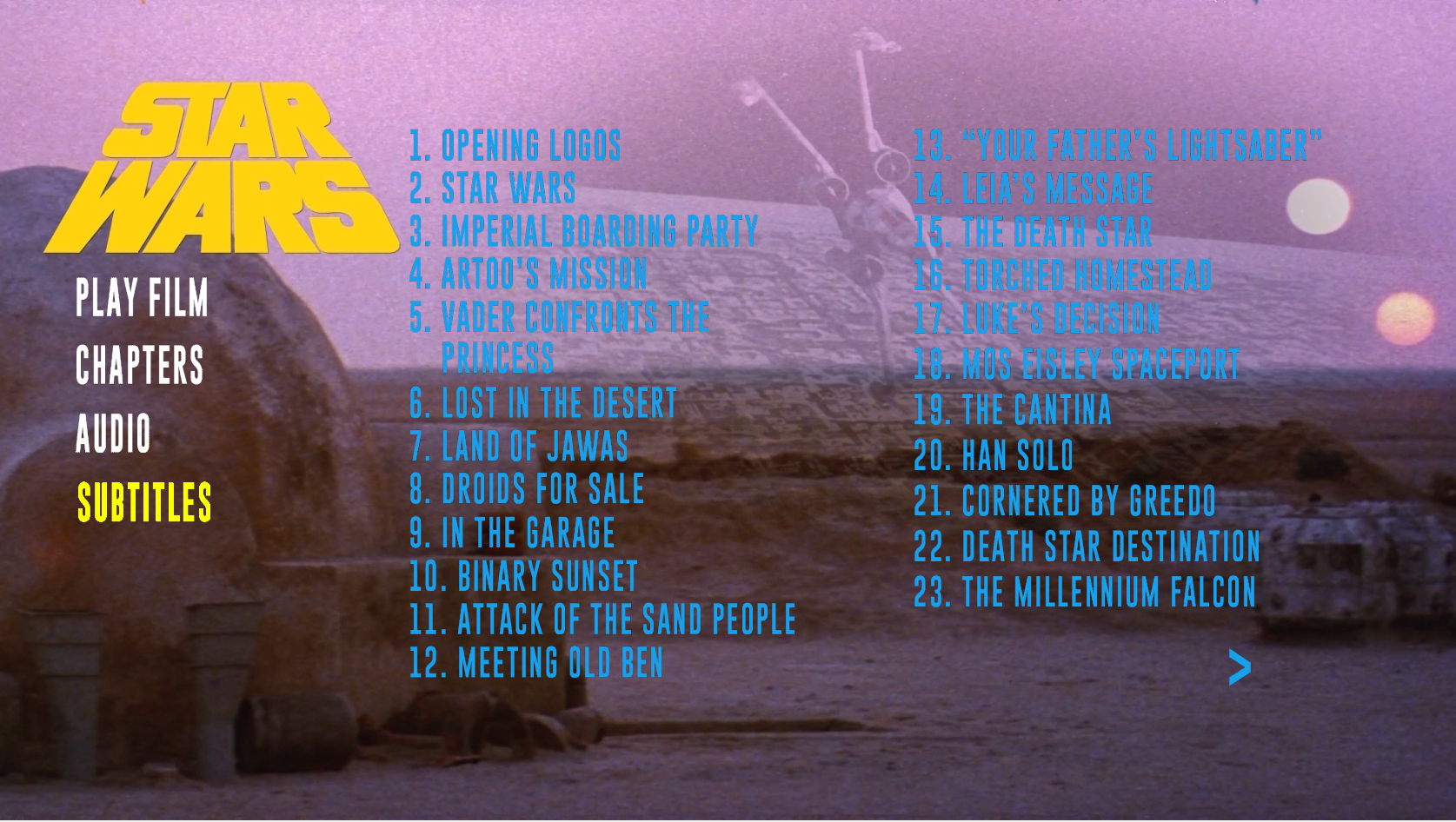 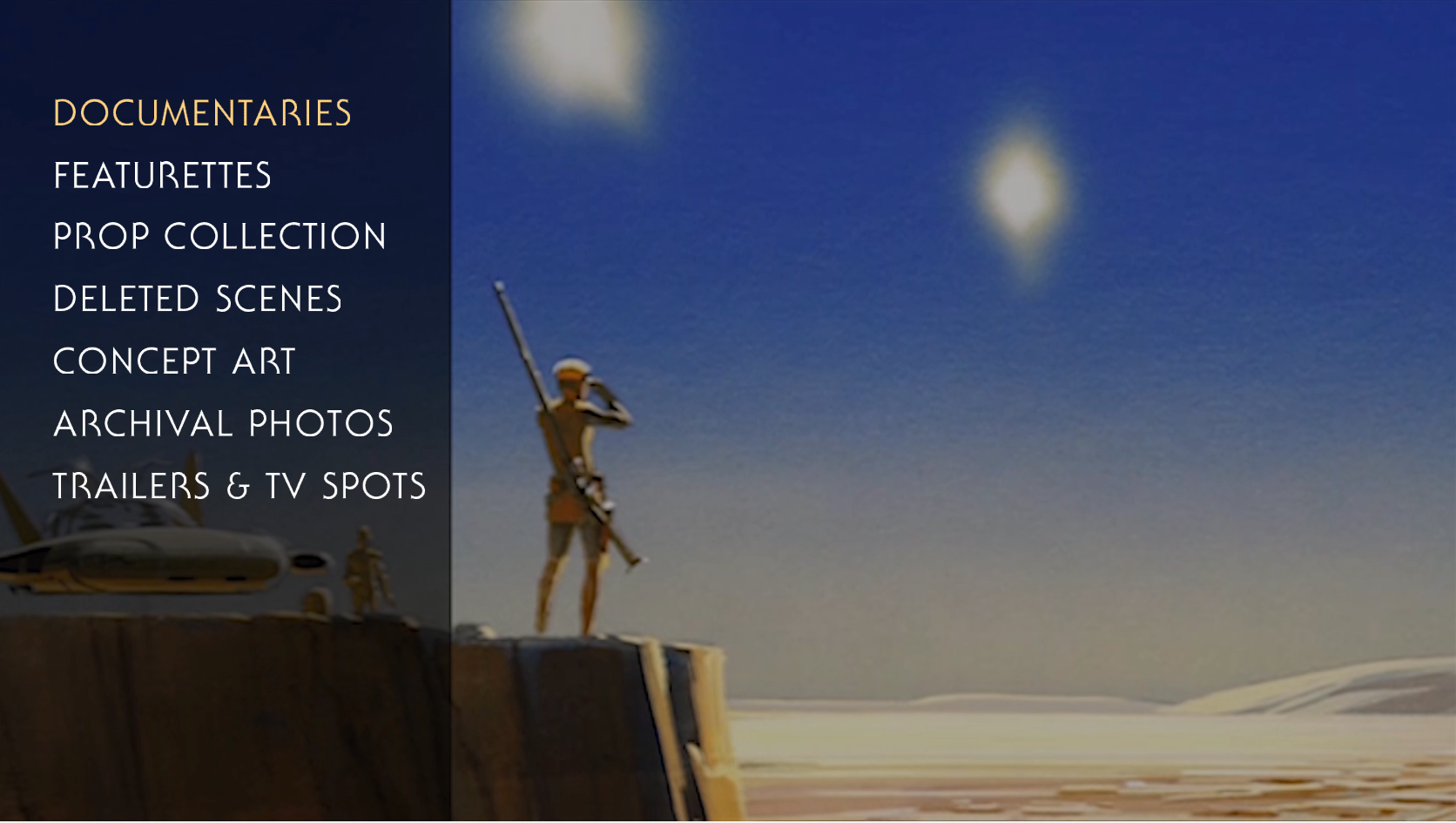 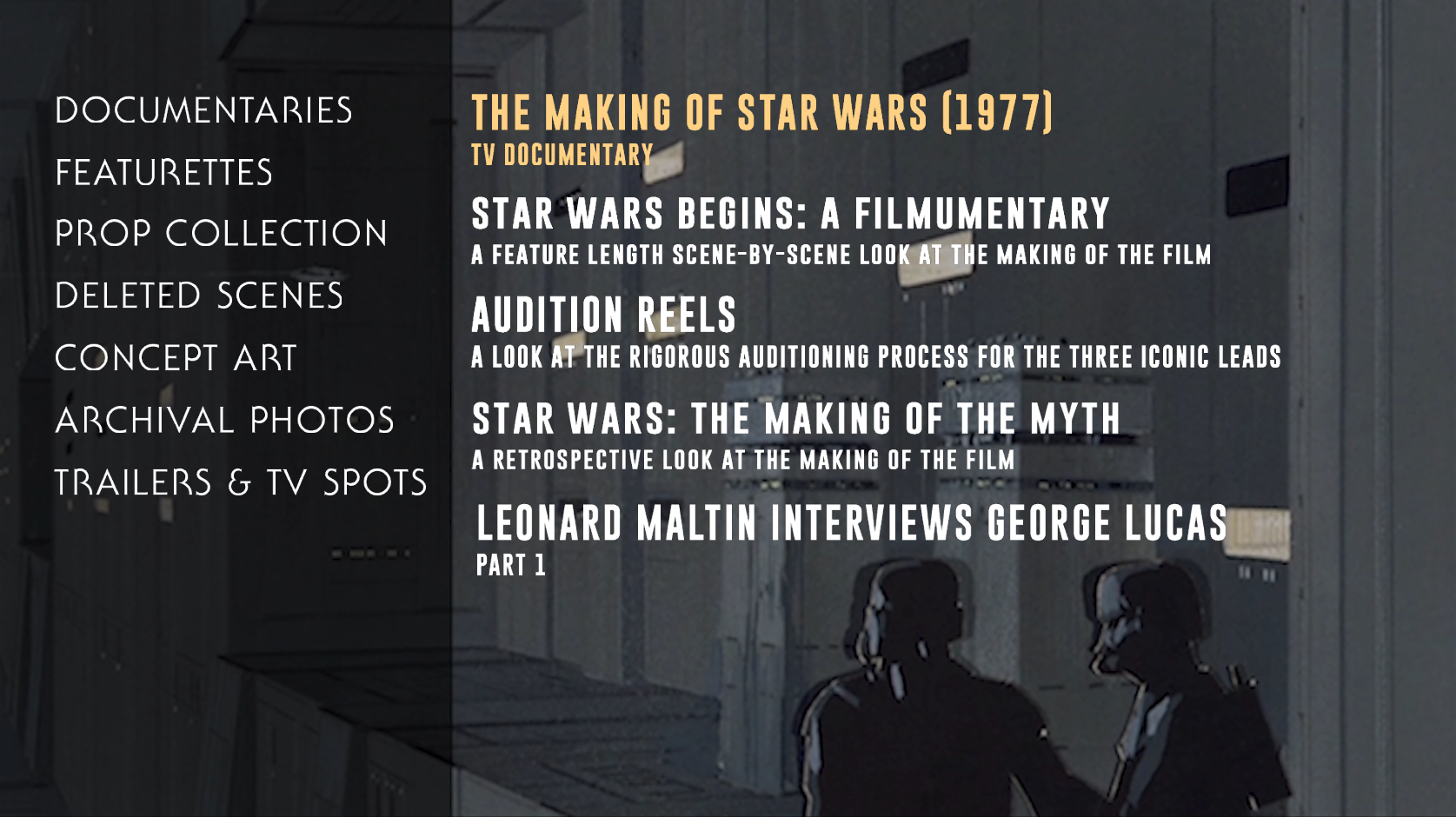 I have made the Featurettes and Collection features from the 2011 Blu ray full screen rather than letterboxed. 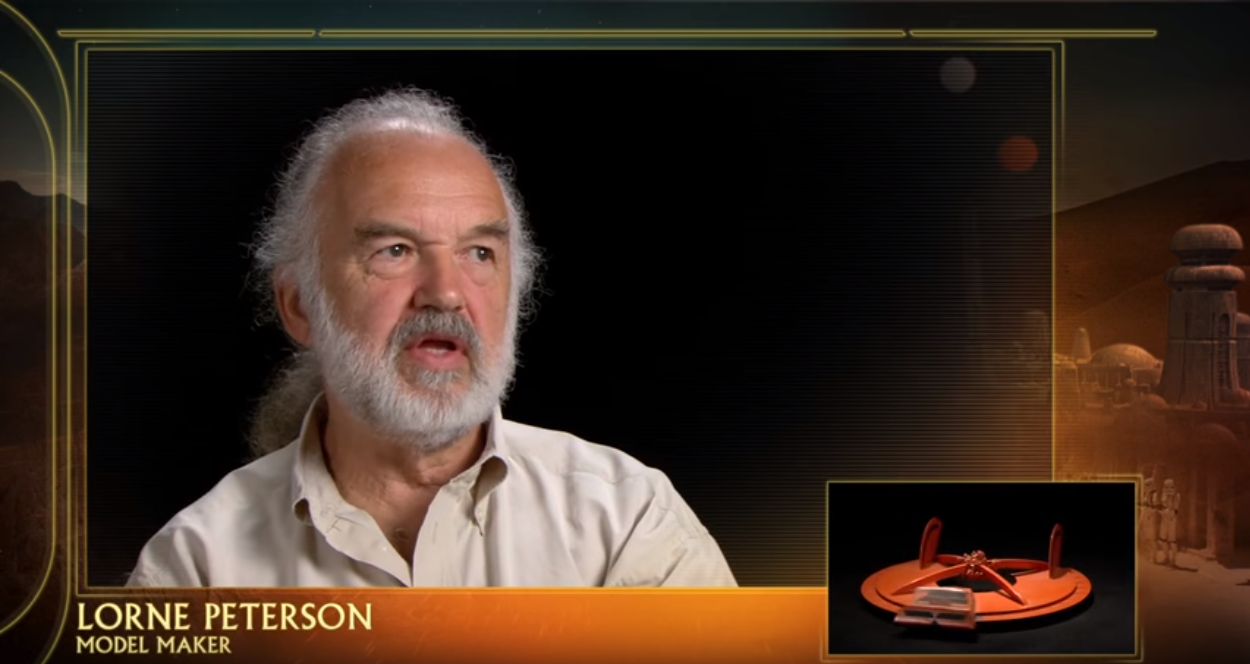 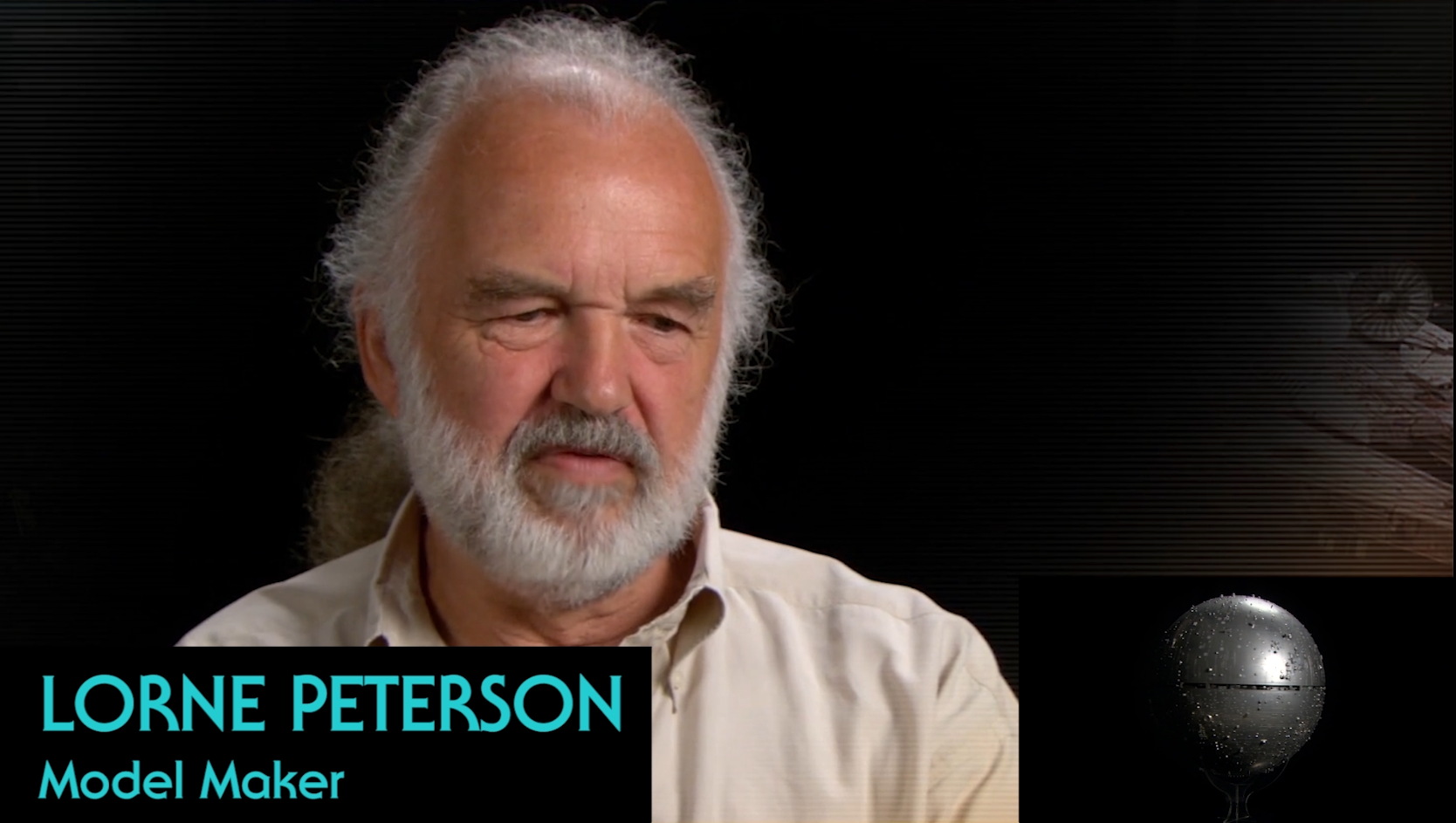 This list details the bonus features on the discs:

Featurettes:
-All interviews and Prop Collection features from the 2011 set (pertaining to Ep IV)
-Interview with Ben Burtt from the Laserdisc
-Blooper and Behind the Scenes reel

Other Features:
-Concept Art gallery with introduction from Ralph Mcquarrie (audio taken from Laserdisc feature put over HD images of his artwork)
-Hundreds of Archival Photos of shooting, promotional material, continuity images, sketches etc.
-Deleted Scenes; some not included in the 2011 set, including Han’s encounter with Jabba before the actor was replaced with CGI
-Trailers and over 15 TV spots

I can put the ISO images onto MySpleen if you want, I haven’t gotten an invite to it so I’ll need that to get it to you.

Ultimately I plan on making a Original Trilogy set using the 4K77/4K83/4K80 remasters. I am currently working on the Empire Strikes Back bonus disc then will be working on the ROTJ set before coming back to ESB once 4K80 is complete.

Any suggestions and feedback are more than welcome. Thanks!

So far so good! Have you considered doing 3 different logos on spine? Like Star Wars would have the Rebel Logo, Empire Strikes Back has the Empire logo, and Return of the Jedi has the Jedi logo.

This is were I post my pics, vfx, music, etc.

Am I the only one that didn’t have a problem with Starkiller Base?

Am I the only one who likes luke throwing the saber?, Oh well…

No, I did too, although I didn’t like that it was played for comedy. Don’t get me wrong, comedy definitely has a place in Star Wars, that just wasn’t the right time.

I like this a LOT. This may be the solution I needed to make combining Ep.7 and Ep.8 actually work. Rey can now go directly from Training with Luke to Crait. < <<

Can’t wait to see it!

Cut Snoke completely. Have Kylo be ahead of the First Order (and rename them the New Empire or something) from the start. Have the fact that he trained with Luke be the reason he’s actually powerful and cunning enough to resurrect the Empire. I think that would make the First Order feel more natural and would more directly have the trio more involved since they all know they played a role in not just making Kylo what he is, but also for indirectly causing the Empire to rise again.

You can never kill Star Wars.

The Holiday Special, The 16 year gap between Jedi and Phantom Menace, the prequels and the hiatus between Sith and Force Awakens didn’t kill Star Wars. It’s here as long as the cultural zeitgeist exists as it does. No one or two movies will ever kill it. Some suck, we shrug, we move on. Attack of the Clones is in my opinion the absolute worst Star Wars movie, but it didn’t kill the whole thing for (almost) anyone. Better films and shows followed to cover it.

That said, I’m not at all liking Disney’s current decision making. Doesn’t mean they won’t change.

Oh yes we are excited aren’t we?

Can’t wait to see it!

That is a phenomenal menu!

Did you use Encore/After Effects/Premiere or something else? I’m working on a set myself, focused on just the original trilogy. It’s a heavy work-in-progress, I still need to animate an intro and plan on making a full montage to play in the background. Apologies for the crude shots, I haven’t gotten full screen grabs yet. The background image is a placeholder. Would love any input, this is the first time I’m doing this.

Working on building an Original Trilogy Blu-Ray set, combining bonus features from previous editions. I got all the bonus features from the Laserdisc, DVD and Blu-ray releases, but having no luck finding the Digital Collection exclusive materials. Any way to get those?

Is this still somehow available?

It was ok, I enjoyed parts of it. I don’t like prequels that try to explain away every little aspect we know of an iconic character all within 1 adventure, it makes them less interesting. The fourth Pirates of the Caribbean made the same mistake. And it’s more proof I’m getting tired of constant callbacks to the original trilogy, I’m ready for the franchise to go off in a totally different direction.

Welcome, if you want to have the BD25s PM me.

Appreciate it, but in that department, I’m actually working on my own build!