Oh wow! I've been after the ISOMIX releases for fecking years. I'll be leeching those tomorrow. Hopefully someone will be seeding Jedi soon.

I downloaded this on Friday and have watched it twice already. Sure, the quality isn't great but it's definitely more than watchable. Thank you so much for taking the time to do it. I really cannot wait to see your transfer of Empire...

Too bad Smith lost all credibility when he sold out and made More Jay and Silent Bob and a second Clerks.  Things he said he wouldn't do.

Sorry if someone's already said this in this thread (I stopped reading at this post).

But it wasn't "selling out."  Jay and Silent Bob Strike Back was made pretty much as an incentive for Jason Mewes to get off drugs.  It didn't work, and Smith cut contact with Jason, telling him that if he ever really got his shit together and could prove he was honestly 100% clean, he'd make one more Jay and Silent Bob movie for him.

Jason eventually did get clean, and Smith made Clerks II as a reward for him.

(All of this is chronicled in a VERY long series of blog posts by Smith that tell the whole story of his rocky friendship with Jason.  I'd post the link if I still had it.)

I don't see either of those as selling out, myself.  I don't particularly like JaSBSB, but I quite enjoyed Clerks II (nowhere near as good as the first, though).

Thanks for posting this, I was gonna say the same thing. Smith's blog posts were amazing. And the video that Mewes recorded for Kevin to say thanks was incredibly heartfelt.

Anyway, back on topic...

I love Jedi. I saw it one Christmas on TV for the first time, I must have been between the ages of five and seven ('85-'87 - I'm 32 now). I loved it then and love it now. I can see why people don't like it, but that does not, in any way change my opinion of it at all.

It's easily my favourite of the six (or three, if you'd prefer).

I reposted this on another forum that I'm pretty certain he posts on and he hasn't made any comments on that either.

I didn't go personally, but following on from the thread I started here: http://originaltrilogy.com/forum/topic.cfm/My-visit-to-Star-Wars-Weekend-2010/topic/11724/ my Star Wars Adidas did (courtesy of my friend Amy)  and I added the following signatures to my collection:

It's morbid, but true. If GL doesn't release the OUT during his lifetime, the chances will probably greatly increase after he dies.

An interesting comparison can be drawn with Michael Jackson and his concerts. Despite their (for lack of a better phrase) SHEER AWESOMENESS, MJ never released any of his concerts on VHS or DVD. He was a perfectionist, and felt that the full experience of his concerts can only truly be felt if you are there in the stadium live.

Fast forward to October 2009, 4 months after his death. Sony Pictures puts out "This is It" a documentary made by splicing various REHEARSAL footage for MJ's "This is it" Concerts. MJ, judging from the past, wouldn't have even put the final, complete concert on DVD or Blu Ray. Yet, Sony releases the incomplete rehearsal footage. The perfectionist would have NEVER stood for it, but he was dead, and money is money.

Because of the media backlash he got in the UK after the release of A Clockwork Orange, Kubrick himself pulled its availability and stated that it would never be available for viewing or sale anywhere in the UK (except for the first year (and only for that period) of its release, one cinema in the whole of the UK had the rights to show it). And this is how it was until he fell ill. At which point Warner prepared the DVD release and within a month of his death it was in stores.

Yeah, Amy was remembered by pretty much everyone during the final weekend; Star Wars staff, Disney staff and members of the 501st because she carried the shoes around the previous weekends.

The photographer who took the picture of Billy Dee & Amy was only taking pictures of the rare & cool stuff and even then it was only one or two pictures. She pulls out the shoes and he snapped away like mad and took loads of shots.

Absolutely anything can be signed, but you're limited to one item per person, per signing.

Which reminds me, while I was in line for the Ray Park signing and nearing the front, I pulled out the shoes and the print and heard gasps and bitching all around me. It was either people saying "Holy fuck, look at his shoes." or people saying "What the fuck is he doing? You're only allowed one thing signed.". I think the staff were confused also, until I explained that it was only the print I wanted signing.

I'm pretty certain that it's an exclusive deal between Disney World and Lucas, so this will only be happening in Orlando.

Not sure if this is in the right place, my apologies if not. Anyways...

I had a holiday booked for the final weekend but have a friend who lives there who is Star Wars crazy like me, so she did all the meet & greets for me for the three previous weekends.

I have a pair of Adidas Star Wars Stormtrooper Superstars, which I'd send in advance, in early May, so they could be taken to all the signings.

For the first couple of weekends, there was no one I really wanted a meet with (although, having just checked, Temuera Morrison was there the first weekend - which I didn't know about until now).

So the third weekend:

First up was Ray Park:

The final signing for the third weekend was Billy Dee Williams:

A picture of Billy Dee signing the shoes (taken by an official starwars.com photographer. It actually ended up on the website - see below):

The Fourth weekend, I was there and met:

And then Ray Park:

This is me, asking him if he remembered signing my shoes the previous week:

He replied that he did. Then, just as he started signing the print under his hand he said "So Gareth, is your name spelt with one "R" or two?

Not only did he remember signing my Adidas, he actually remembered my name. I was amazed.

He insisted we should take this picture:

This is the print he signed:

Myself and my friend Amy with Ray Park:

Also, the Dancing With The Star Wars Stars videos that you might have seen on Youtube, well I was there for that. It was brilliant. Nothing much tops Jawas dancing to Walk This Way while dressed as Run DMC or watching Boba Fett dance to Lady Gaga. I also shook hand with an Ewok and two members of the Cantina band.

All in all, it was a fantastic experience and Ray Park is one of the nicest people you could meet.

The Adidas are still in Orlando, waiting patiently for Celebration V. Hopefully, more signatures can be added. Carrie Fisher & Mark Hamill are both there.

I've jumped on to help seed, but only the ISO. I didn't download the sample myself, nor any of the extra files, so I'm not downloading them now.

Yeah, I found it there soon after I made my previous post. I just forgot to edit to say so.

Thanks Adywan for these terrific creations, I really can't wait to sit and watch them.

I'm currently downloading Episodes IV & V but can anyone send me Episode I as I'm having a hard time sourcing a download. Money's tight, so please don't tell me to hit the newsgroups. I've already considered that and I really can't afford it.

I'm in the UK if that's any help to anyone.

Also, I can't seem to download some of the art that Coov created for this set. The images I'm having issue with are the covers for AoTC, RoTJ & RoTS.

There is only one show I can think of that I would love to have on DVD and that's Rentaghost. I loved this. Downloaded files are OK but I'd rather have actual product.
Wow. I've been thinking about a chronological edit of Lost for ages. If you manage to pull this off, I will do what I can to pass this around. I'm in the UK too, so that might be a bit of help to you.
I'm certain that the Nick Hammond Spider-Man movies have been officially released, but can I find them? Bollocks, can I.
Originally posted by: bigrob
Hello! Waterworld fan present here as well! Just trying to find the OOP DTS version that was released on R1 DVD. The OOP had a full bitrate DTS track. The new one is only half bitrate

If you're the same bigrob that posts on The Import Forums then send me a PM over there (I've got the same username over there) and we'll sort something out.

If you're not, then ignore this message.
I'd prefer one DL disc, but I'll take this any way I can get it.


Originally posted by: Thenutman69321
Is there anyway someone who has downloaded the complete KingTurd collection could upload the box art for me to rapidshare or some other site like that.

Yeah, give me a minute

Edit: Here you go.
http://rapidshare.com/files/73120800/KingTurd_Collection_Artwork.rar
I'd leave it. It ties into a fanboy injoke in that Wolverine is a Marvel character as were the Transformers

I finished downloading this set yesterday (many thanks to Darth Mallwalker for help completing the set). It will be upped to Rapidshare in due course for those of you who also want it.
Originally posted by: InvisibleWolfMan
Hi,

Do you also have the UK release? 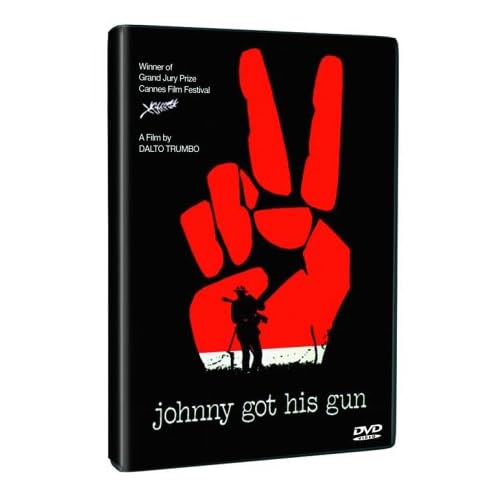 If so, does the France transfer fair better? I'm also interested in this quite heavily, and am willing to do a PiF deal concerning it.

Wow! I hope that's not the final artwork. The director's name is Dalton, not Dalto. Actually, I just checked Amazon while typing this and the art is on there too, that's just crazy.

Yep, already did. The files are linked on Mininova but they're hosted on the Demonoid tracker and I get error messages when I add them to uTorrent.
For the love of God... It's problem after problem...

I don't suppose anyone actually saved the the torrent files from Demonoid? That site is down as you may know and I have just completed disc ten. If anyone has the torrent files for disc eleven throgh to sixteen, that would be awesome.
Haha awesome! The drive that I mentioned above that I thought had died, didn't. I just put it in a new external enclosure and all was fine. No data lost. So I'm half way to completion.
Originally posted by: marioxb
Yeah, here in the gold 'ole USA. If you could do that, that would be awesome. Thanks! So how are they made, do they use official retail DVD footage when availiable? Is it the shows as they aired on TV?

I'm pretty certain that it's just broadcast episodes used and nothing official, as I've only looked at the first couple of episodes on the first disc, I could be wrong. If you search Demonoid for King Turd that'll link you to sixteen or so torrent files which should list full descriptions for each disc.

If you'd rather I should be able to give you an invite to Demonoid so you can download them yourself.
What the hell.

Why are my posts at the top of the thread?