Is there any chance that I could get a copy of this version as well? Much appreciated.

Is there anyone who’d be willing to make a physical set for me? I’d be more than happy to pay cost and shipping.

Hate to bother you since you seem to be getting a ton of requests for this but any chance I could get a link?

Check your messages, I gotcha’ covered.

Harmy, I was trying to find a way to download this amazing piece of work, and someone on youtube is burning these to blu rays and charging $45 for them. LDS Entertainment https://www.youtube.com/watch?v=gwIbM_uS8aA&t=71s

Personally, as just a member here, I’d encourage everyone to downvote that video.

If it puts anyone off buying from them it’ll be worth it.

And also carry on reporting any Despecialized items they see for sale on ebay too.

Just putting it out there, but there are websites that offer up / downvoting of youtube videos in bulk - google returns a number of hits. I’m sure if a bunch of people through in a few $$ we could get some ‘social media engineering’ going on.

It’s a decent idea that mate - though likely *** will take down that video if they get so many negative comments or downvotes - and then they’ll start again with a new video a week or so later.

In fact I’d be surprised if they didn’t delete some of the comments on there before too long.

Thinking about it, personally, I’d advocate against going down the path of a bulk negative down vote tool - they already have more downvotes than upvotes - and that’s from real people giving their opinion on it. Let’s keep it that way.

Plus, I wouldn’t waste money on these leeches.

(and if anyone does have a few spare $s, consider sending Adywan or poita a donation to help them with their superb projects)

All good points. This social engineering angle has got me thinking. If the community were to create a series of ‘informational’ videos on YouTube, and apply the correct keywords surely we could push videos like this scumbag down the results, hopefully preventing sales and raising awareness.

It’s too risky to point ‘official’ videos on ‘This is where you download things from’, but videos which walk people through ‘I have a bunch of RAR files - what are they, and what do I do?’ or ‘How do I burn an ISO?’ or ‘I want to make cool box sets for my friends, what do I need, how much does it cost?’.

You’re not going to stop everyone, but if it means that ‘our’ videos hit the top of the results rather than his / theirs, it might prevent some people going down the dark path. It’s the same with Team Blu’s projects - you do a search for “Fright Night II” on YouTube, and if the video is talking about the TB release, it’ll be some copy bought off ebay which they are then providing a link to.

Before I ever had an account here, or was familiar with the site at all, I was referred to *** by a Star Wars fan that my Dad worked with when we were stationed overseas. I think bootlegging was considered less of an issue when you’re stationed in a desert somewhere. All that being said, he raved over the quality, so I picked up a set.
I like them, I really do. But I wish I knew more about the whole “fanedit dynamic” prior to acquiring them.
To this day, I really don’t know how to make DVDs and / or Blu-Rays, but I’m more aware of what fan projects are now.

All that being said, I’d really appreciate and benefit from a series of videos like what you’re talking about. And if I would benefit, I’d imagine your everyday joe would too.

Hi! I’m Javier from Spain. I’m new here and I’d really be so grateful for a link. The Holiday Special was never shown in Spain and the copy I bought off iOffer years ago was so bad. Happy New Year everybody!

I had purchased the RiffTrax version in the past but would like to see the upgrade work done on this too, if possible. Keep up the great restoration work. Thanks in advance.

Is it possible to get a link too?
As this sounds awesome!

I’m, quite interested too. My current version is lacking good audio/visuals.

Y’all check out your PMs.

Sorry for asking. But I would love to get a link too. Thanks!

I would love to get the link too. 😃

Can someone send me a link? would be much appreciated!

Does someone think they can send me a link to this?
Thanks in advance!

Trying to get my hands on a copy of this as well, but I’m sadly not a member of MySpleen. Any help would be greatly appreciated. Thanks.

These are honestly incredible. Congrats on a job very well done.

Are you going to do a stagnated release or all at once?

I believe he meant “Staggered.”

As crazy as this sounds, I really love the holiday special and wanted to show my girlfriend it, but couldn’t find one in decent quality. Can anybody lead me to where I can download this version?

Any chance you can hook this brother up with a link as well, Alejandro?
Thanks!
-W

I wonder if this is from a 35mm scan or a promotional image, considering how bad the Blu-ray looks: 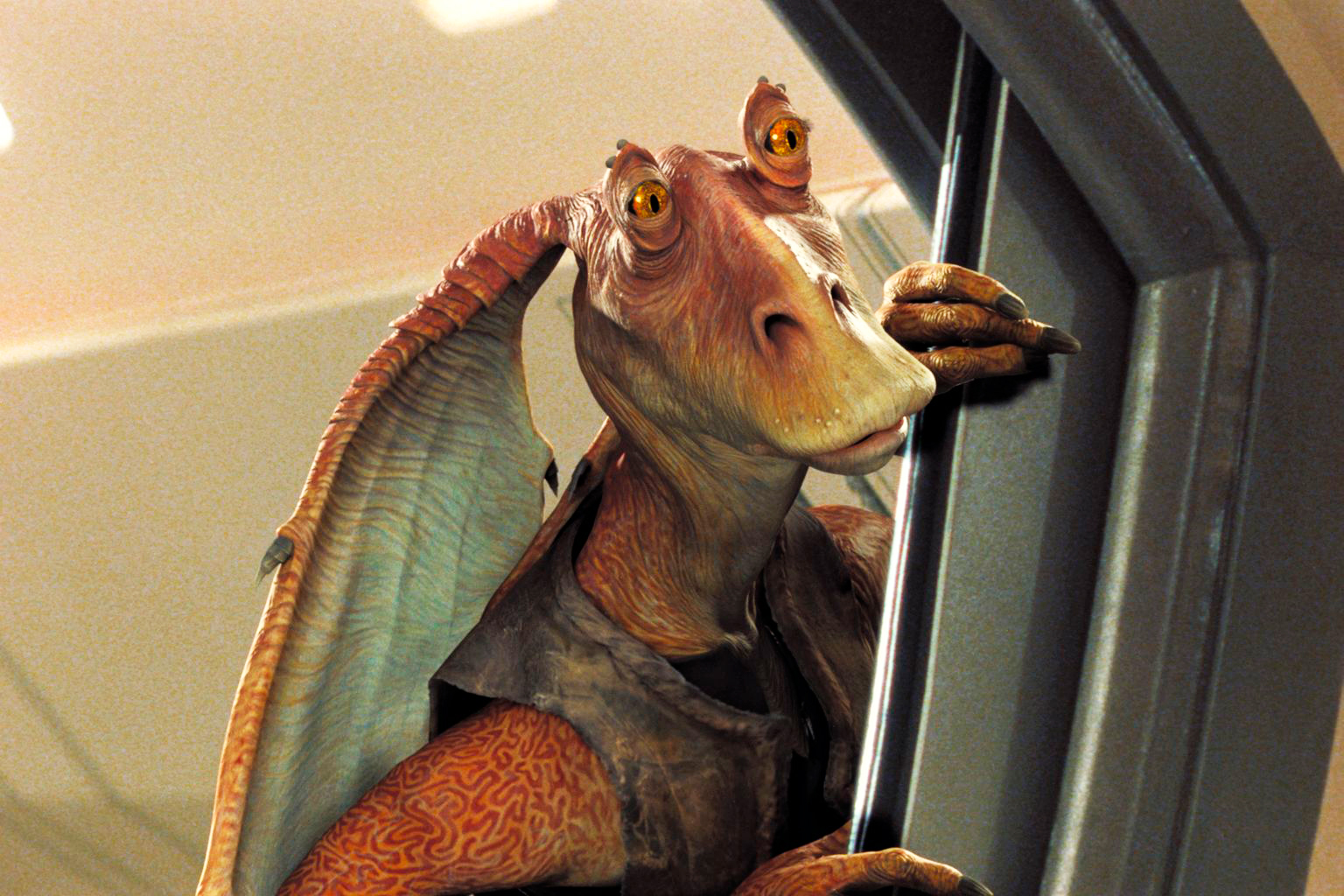 Yeah, Imma need prequel blu-rays in the quality of the top picture. That looks incredible and there is a stark difference forsho.

Hello everyone!
this seems like a nice work!! thanks!!!

can someone help me with a link??, PLEASE!!
thanks beforehand

Alejandrojohanson said:
Got ya covered!

Could I get a link too? I want to add this to my collection of Holiday Special recordings. Yes, I am a sick person. 😃

I just ripped my Blu-Rays and put my MKVs in that order on my hard drive.

Yes, I own all 6 seasons of TCW and the movie on Blu-Ray. Sue me, I love 80% of the show. (Not the movie though, I’m just a completist. And someday plan to do a TCW series edit that will include footage from it.)

I own all six seasons and the movie as well. I actually like the movie for what it is though. The show is pretty decent to me, it gets better as it develops.
The movie, according to the page I linked to, is actually the third episode (Chronologically) in the series.

Rippin’ them onto my computer would work, as you suggested, but having a physical Chronological Collection would be so satisfying.

I dunno about y’all, but the fact that TCW wasn’t really released in chronological order gives me the biggest of headaches.
Netflix doesn’t have an option to create custom playlists, so I literally have to hop around episodes. It’s even worse when I use my Blu-rays, because at that point, I’m pulling discs out and putting them in.

I would love for a “The Clone Wars: The Chronological Collection” or something to that affect come out or be created by us. One big Blu-ray set that includes all six seasons and the film in proper order.

Hey all,
I was really excited to read about the Zion version of the SWHS – anyone feeling in the holiday spirit want to provide a download link? Thanks in advance! 😃

Looking for a link to download the Holiday Special from somewhere. Could someone please help?

I am excitedly planning to construct a box for an accumulated multi-disc Star Wars set:

Got ya taken care of!

Spleen invites have been closed for some time now. Not sure that this project has
yet been uploaded elsewhere.

Oh, wow. That’s unfortunate. Seems like a poor system.
In that case, Imma need someone to upload this elsewhere! Hahaha 😂

You’re absolutely right! It’s not as obvious on mobile when you get a PM.
I appreciate ya!