Just circling back on this after about a year. I’d still be curious to see how the Executor tapes were laid out with all of the extras. Even just screencaps of the bumpers between the supplements would be interesting to see. I can’t imagine they retained the title cards from the laserdisc set. Thanks!

Does anyone have or know another source of the inside gatefold images from the 1995 Faces laserdiscs? I’d like to use them as inside covers for a project. The Star Wars image in particular I have not seen elsewhere. I know the original promotional still, but not this colorized treatment of it. 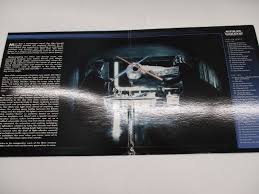 Any help is appreciated. Thanks!

Can anyone help with a chapter list of the Definitive Collection laserdiscs of Empire and Jedi? I’ve done a lot of searching and have only found the list for Star Wars. Even a scan or picture of the insert would suffice. I’m particularly interested in the commentary chapter speakers and where they occur since it is so intermittent. Any help is greatly appreciated. Thanks!

Thanks for the update. I think I’ve been able to piece together what the variant trailers were but would you be able to fill in the blanks for which TV spot was included for New Hope? I’m trying to figure out what this set had that I don’t already have in my collection. Was it one of the ones off of the later DVD set or something different? Thanks!

However I have an update on my project.
DV is something I might do, but I will be getting Blackmagic Hyperdeck and Teranex Mini to record the new SW films to VHS, so I guess I can go the otherway aroud and trasfer ISD that way to Hyperdeck to 4:2:2 and upscaled. Which is a step up from DV I think.

I’ll update when I get the equipment.

Any updates on this project? I’d be curious to see the way the Executor set laid out the supplemental material versus the Definitive laserdiscs.

Also, can anyone with this set offer a little more insight into the differences between the trailers on this set versus the laserdiscs? I know this copied over pretty much everything from the laserdiscs but in reading the list of trailers it sure seems like there were more on this than the laserdiscs. From the laserdisc rips I’ve seen they feature three trailers each like the DVDs, but the Executor set lists a US TV spot for New Hope, the second teaser (in both flat and scope) and the 1982 re-release for Empire and Jedi lists a “test” teaser in scope (is this just the “Revenge” teaser in letterbox or something different? I’d also be curious which Star Wars TV spot was included as there were obviously many to choose from.

Thanks for any updates or clarification!

Does anyone still have these covers by AvP in their archives? I’ve been looking for the version of the clean ROTJ artwork from the 2006 DVDs and it looks like it was used here. Thanks! 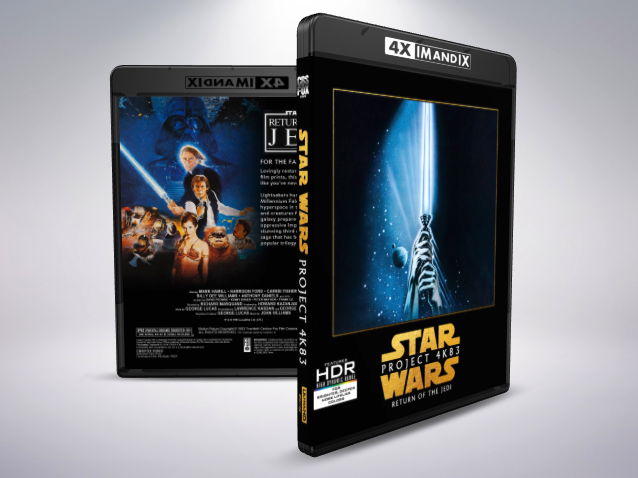 I’d love to see your take on something for 4K80 too, even though I know we’re still a ways away.

Does anyone have or know of a higher res version of this art print that according to the Star Wars Aficionado Blog was available at SDCC 2009? This is the first time I’ve seen the middle ESB poster concept attributed to Berkey and I’d like to have higher res versions of all three for a covers project. Any help would be appreciated!

Amazed at all of the excellent work in the post. Does anyone here know the name of the font used on the back of the VHS boxes in the early 90’s? I know I’ve seen it before but I’m trying to match it for a project and have been able to pin it down yet. It was used on the back of the tapes in both the “Special Letterbox Collector’s Edition” box and the individual pan-and-scan releases with yellow titles and original poster art.

These are some of the best custom covers I’ve seen on these boards. Are you still planning on finishing this up with disc labels for the rest of the set and sharing the source files? Thanks!

Do you have any updates on this project?