Hello. I´m working on improved versions of the Prequel´s deleted scenes, including upscaling them to 1080p. I think i´m obtaining really good results, however, some scenes have better source quality than others. At least the ones from AOTC, which are the ones i have been working with so far. I´m using Handbrake and Video Enhace Topaz AI testing different ways to upscale and fix them. The problem I´m having is that there is some kind of distortion in the eyes and faces, specially in movement scenes. It creates a “double image”, but only in some moments, and i don´t know the cause for the moment. Does someone know what may be causing this problem?
(Check Padme´s mother eyes and Padme´s face): Here you have some comparison screenshots as an example of the results (Below are the improved screenshots):

*Should be noted that the DVD Ripped scenes are showed here in their source 480p resolution, but to compare how they would look in some 1080p/Blu Ray edit, we should put them here simply “upscaled” to 1080p, and they would look much worse. 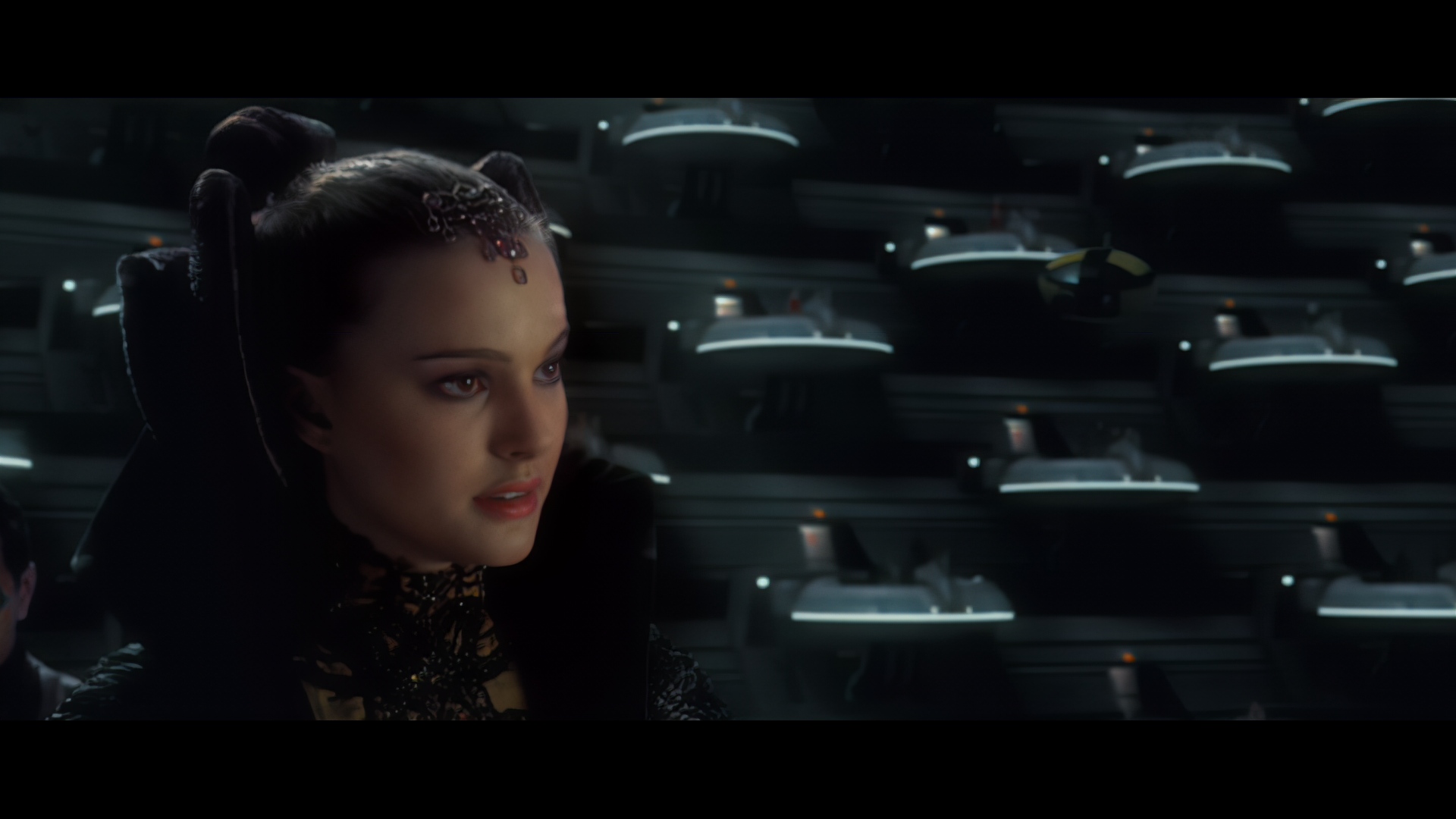 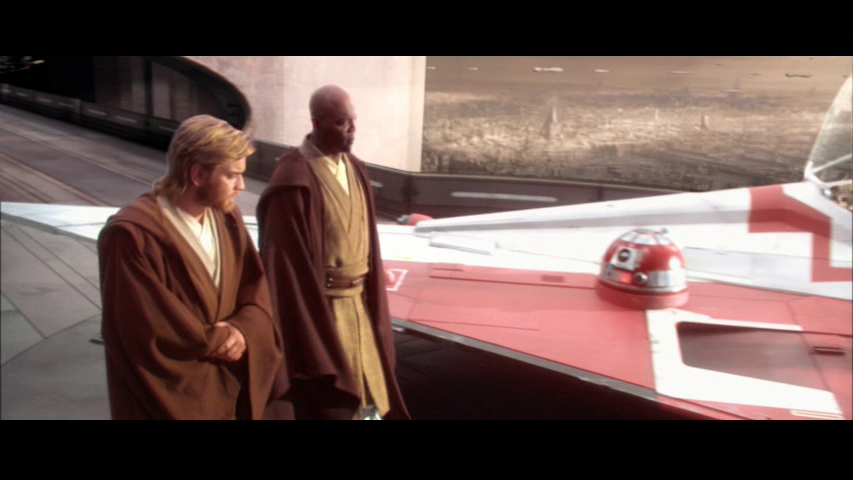 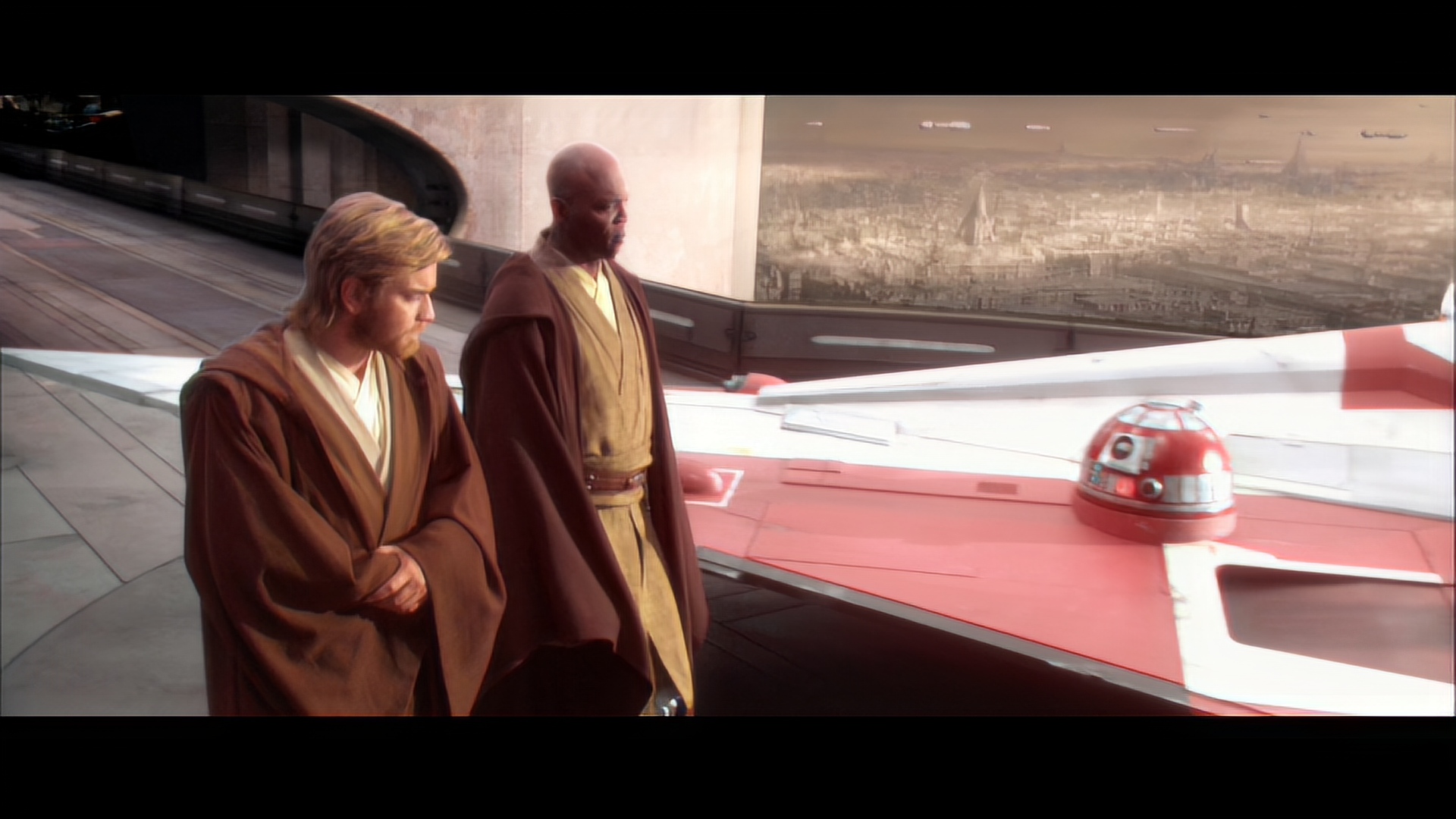 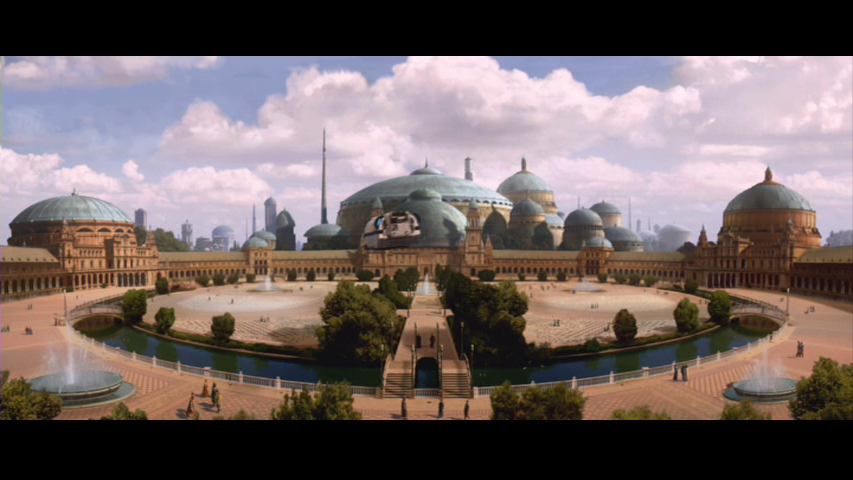 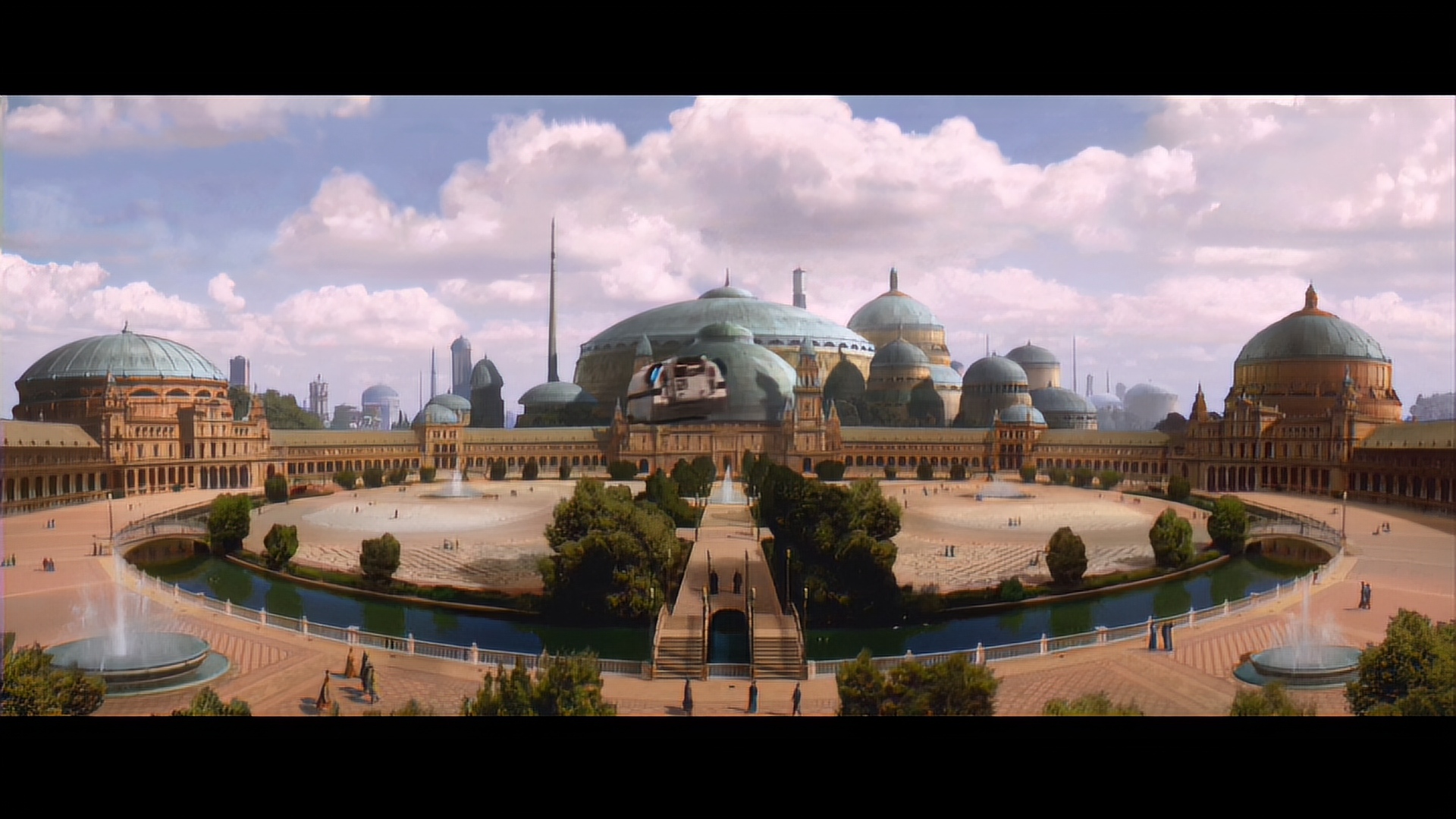 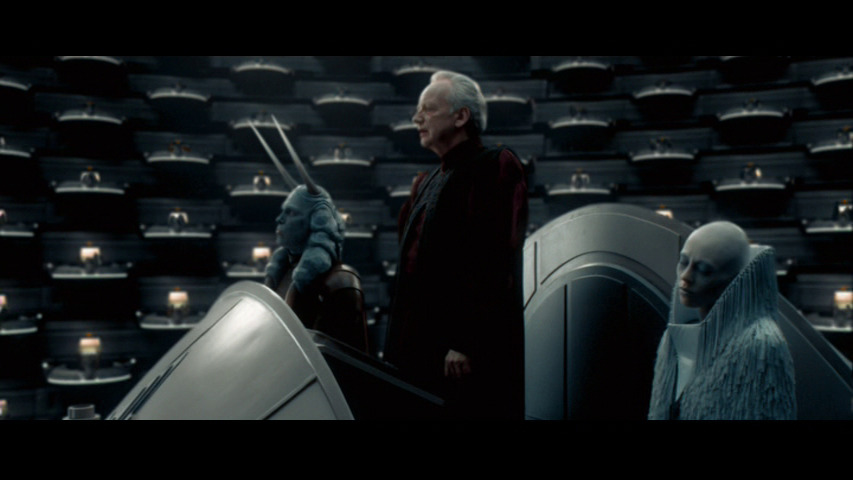 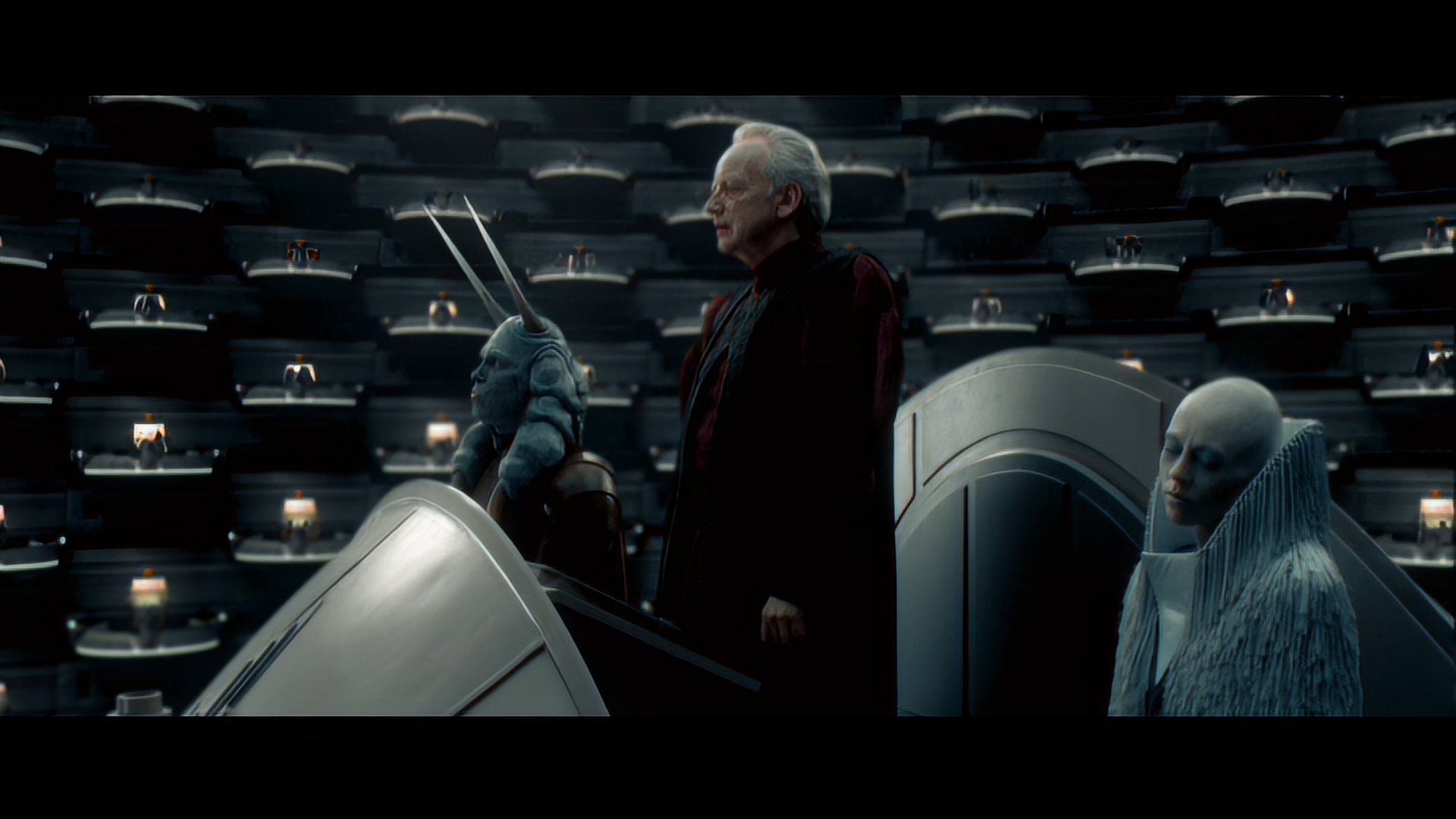 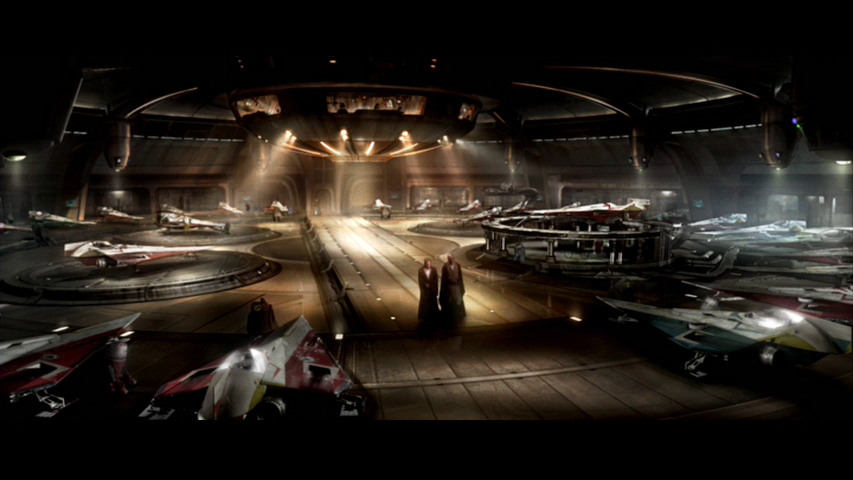 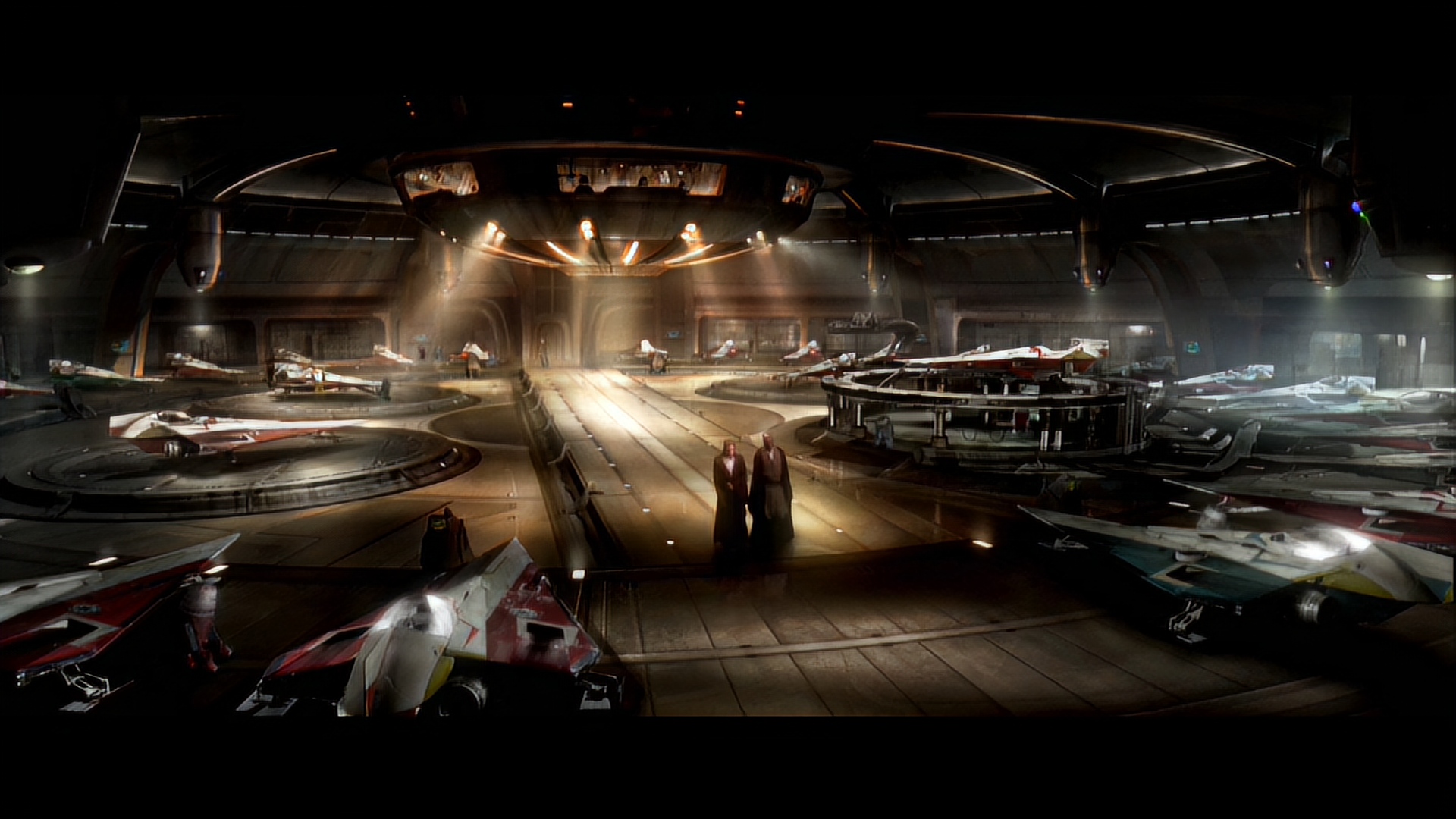 There was another user on here who was doing the same thing and getting the same results (blurry faces, ect).
I’ll say this though, blurry faces or not, these scenes look better then they ever have looked.

Excited to see where this goes!

I think part of the problem is the early digital cameras that were used to film AOTC, they can’t really be “upscaled” past 2K and definitely have some issues with detail on faces, CG characters, and bluescreen backgrounds. Not really much any of us, or anyone for that matter, can do about it though. Either way this is still some fantastic work and I can’t wait to see more!

the deleted scenes of the prequels are really good, i hope to see it.

I just finished improving most of the deleted scenes, using the PNG output that is superb quality and then putting all frames into a M2TS (Blu-Ray) file. I also managed to reduce a lot the distortion with movement or in eyes and faces. I´m adding some screenshoots below.

Mace and Obi Wan scene. Before and After. 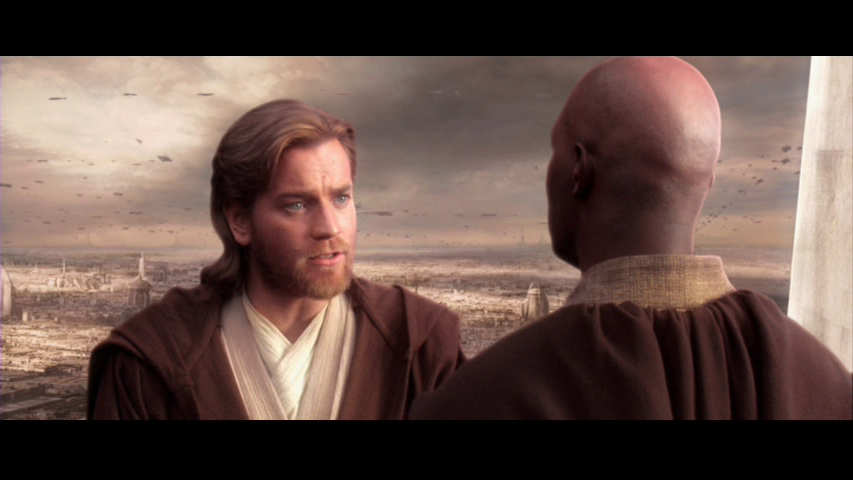 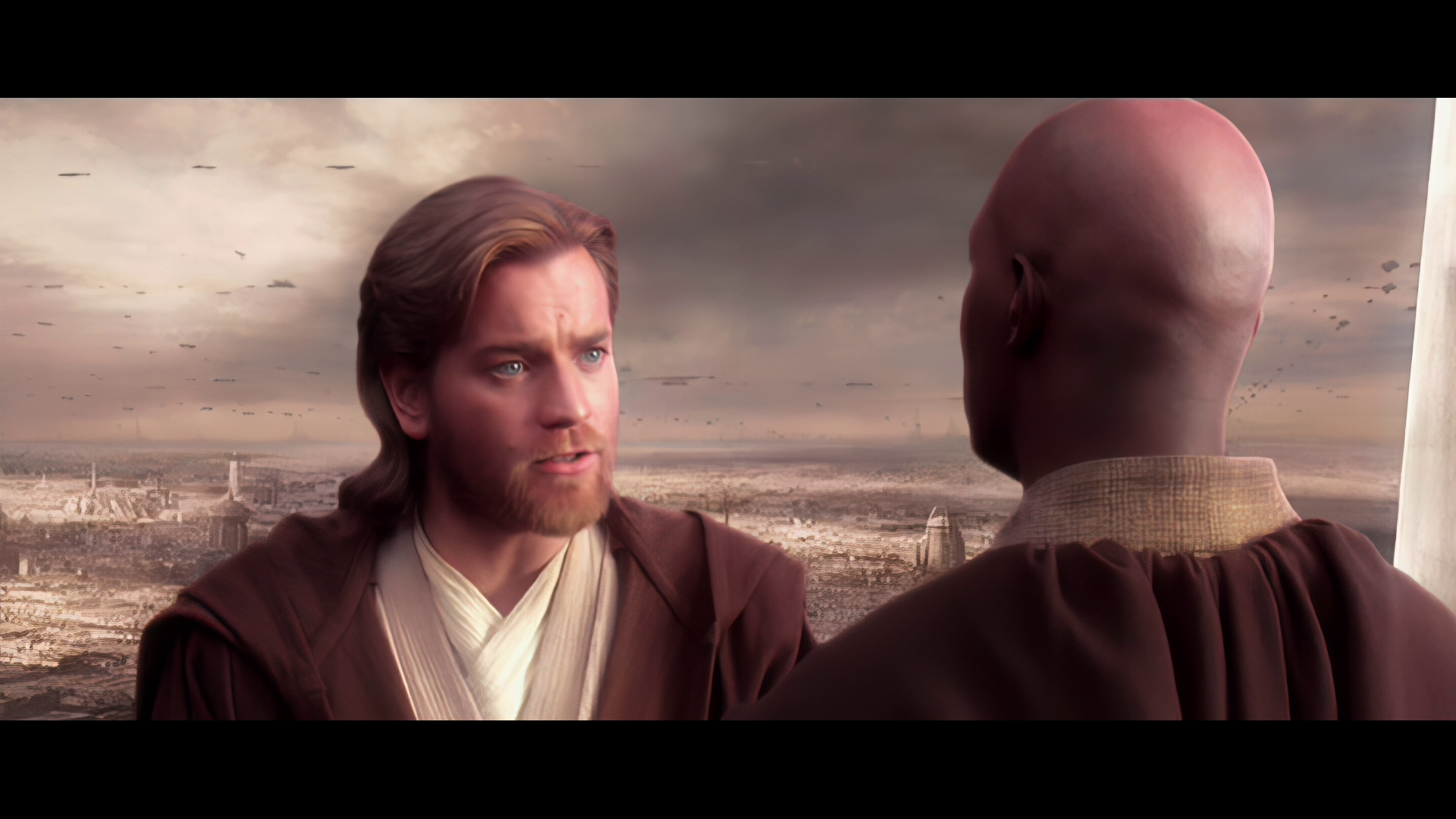 Bullet scene. Before and After. 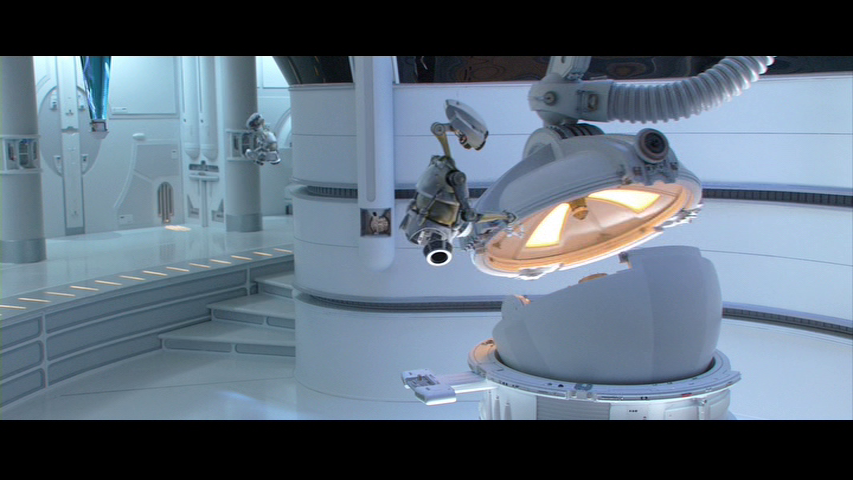 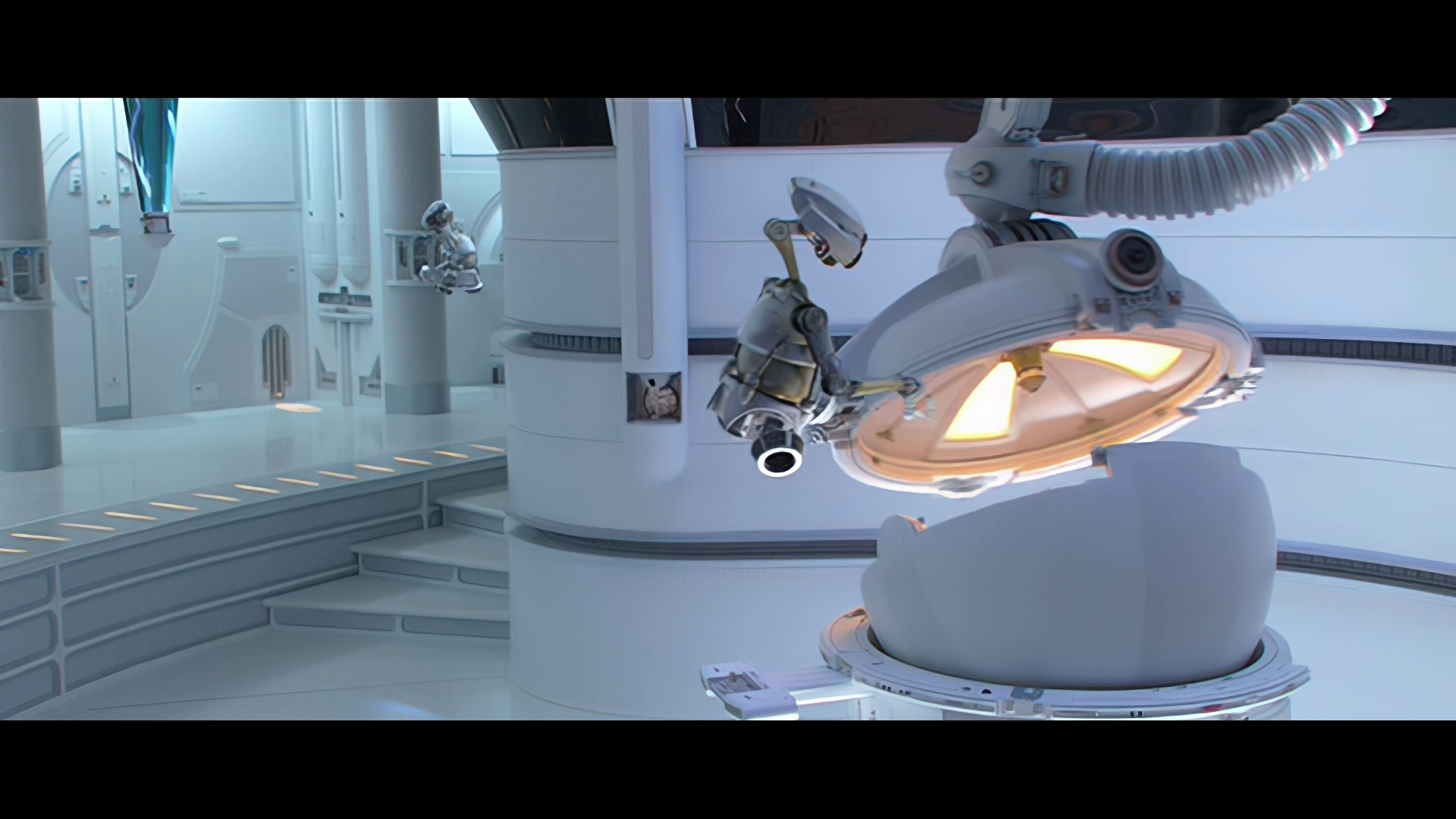 Padme´s house scene. Before and After. 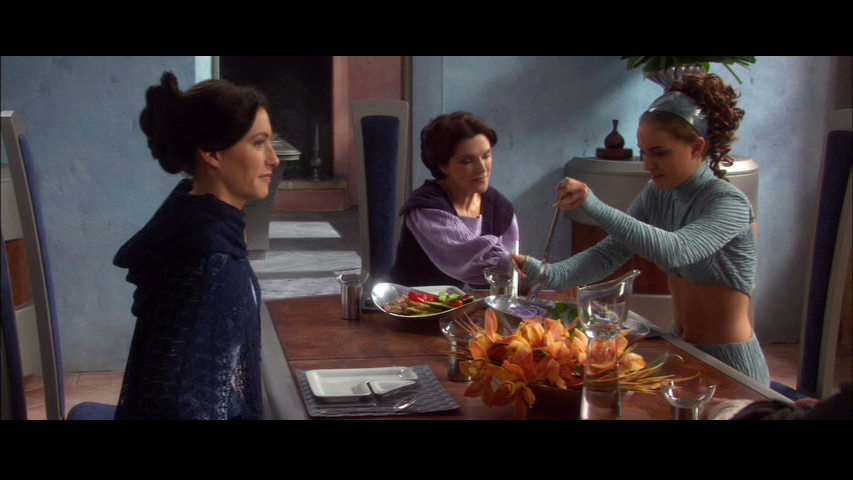 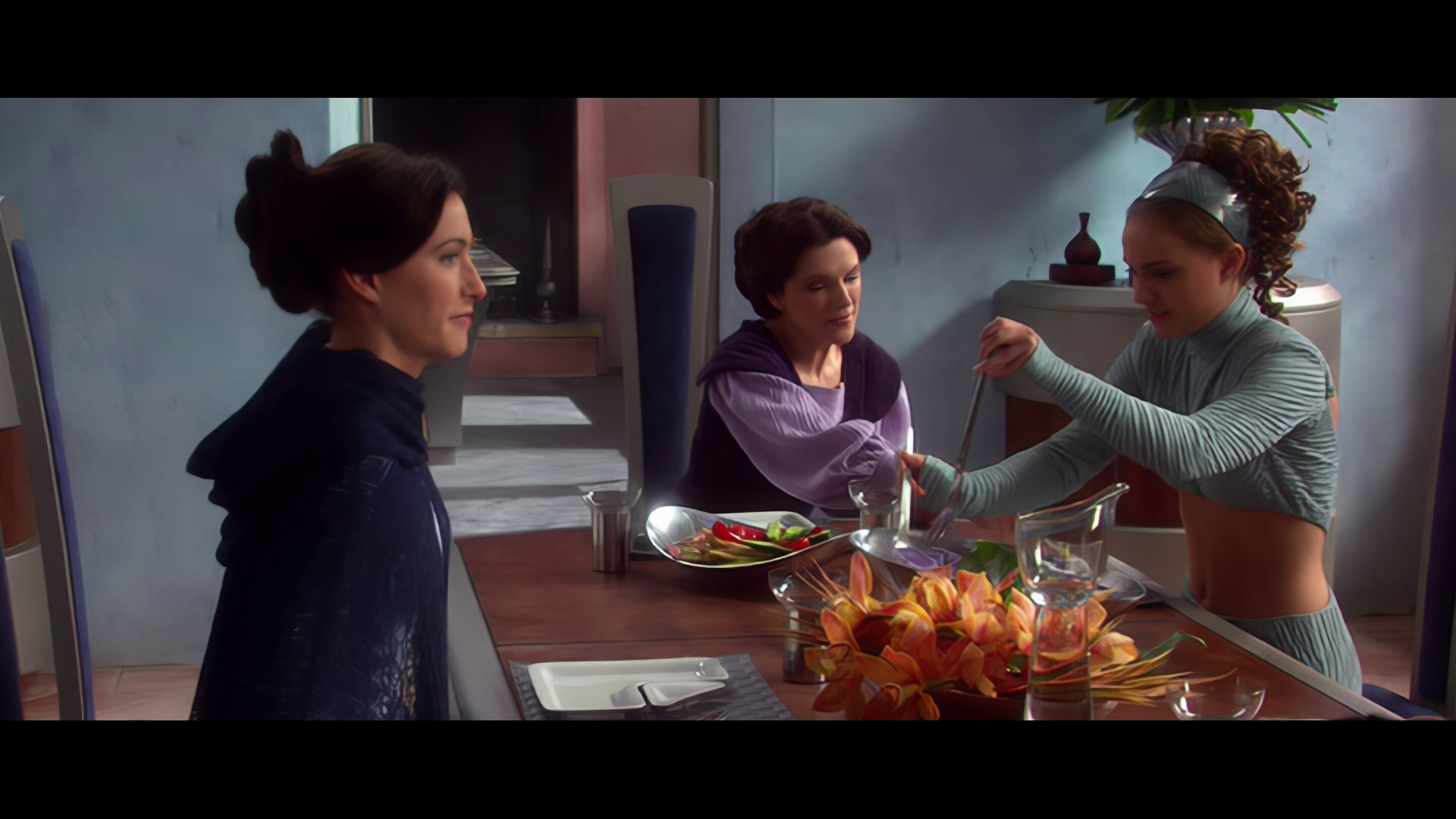 Senate scene. Before and After. 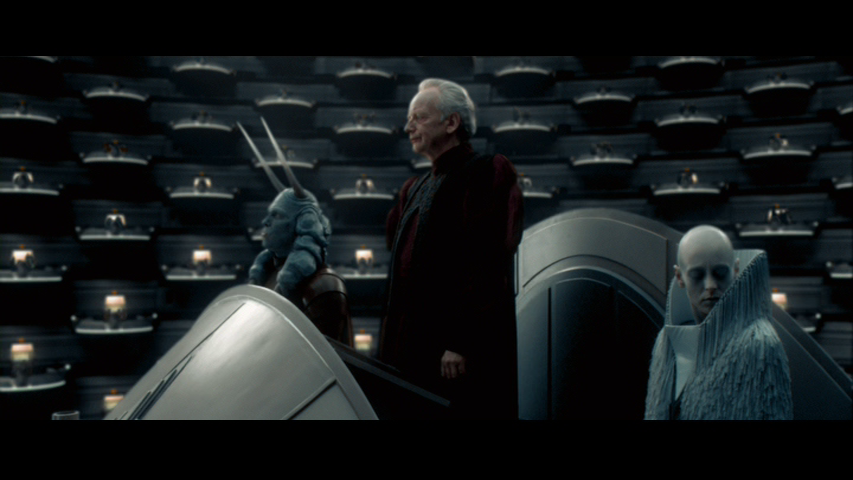 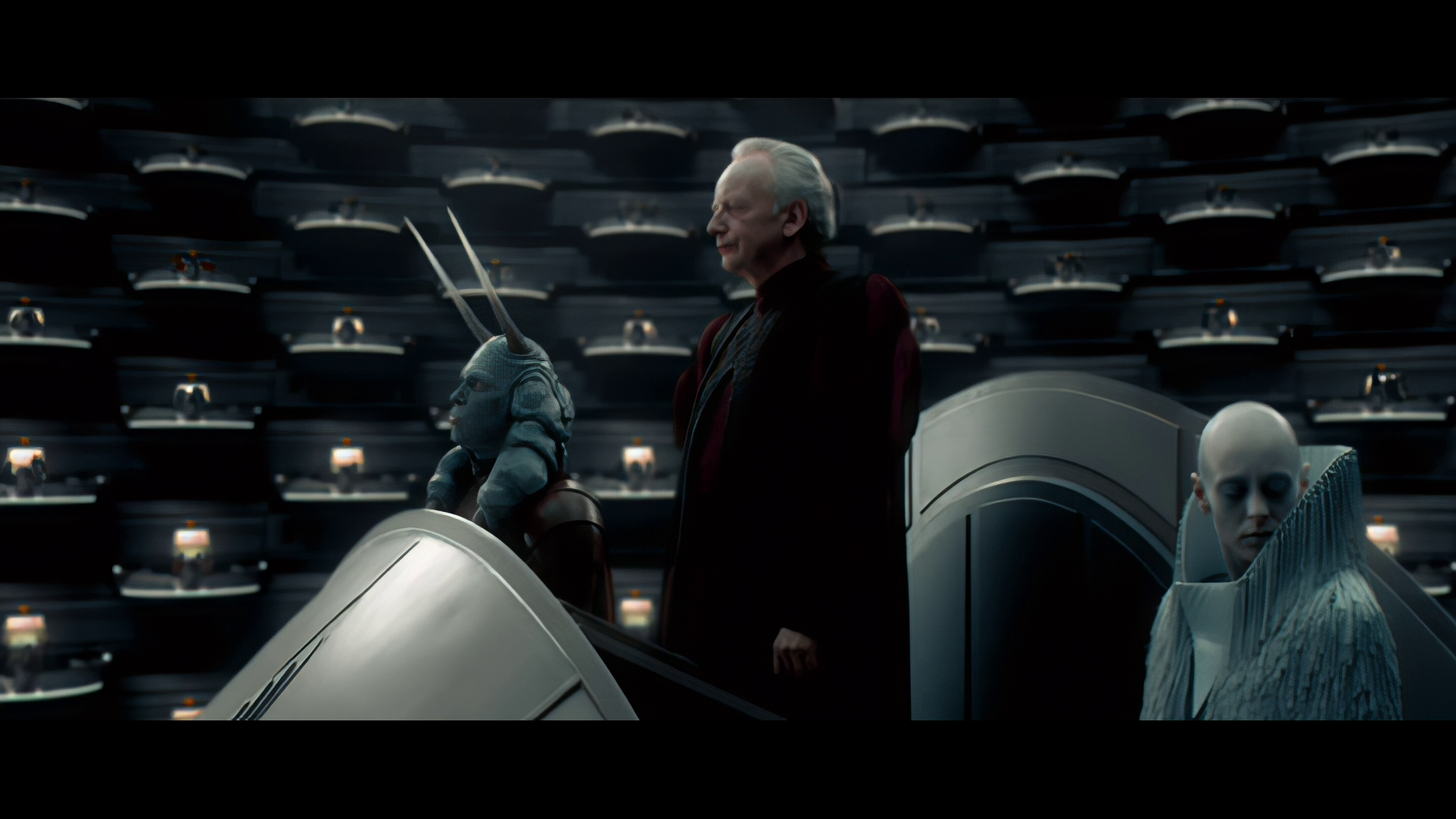 Padme´s Room scene. Before and After. 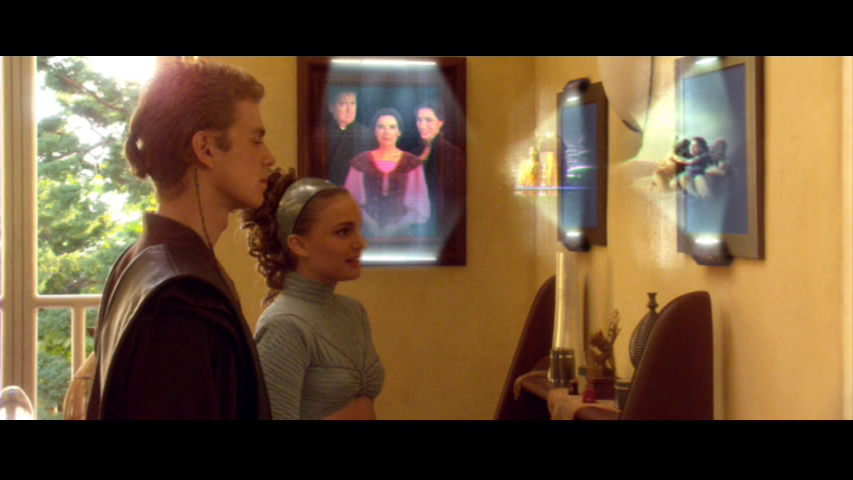 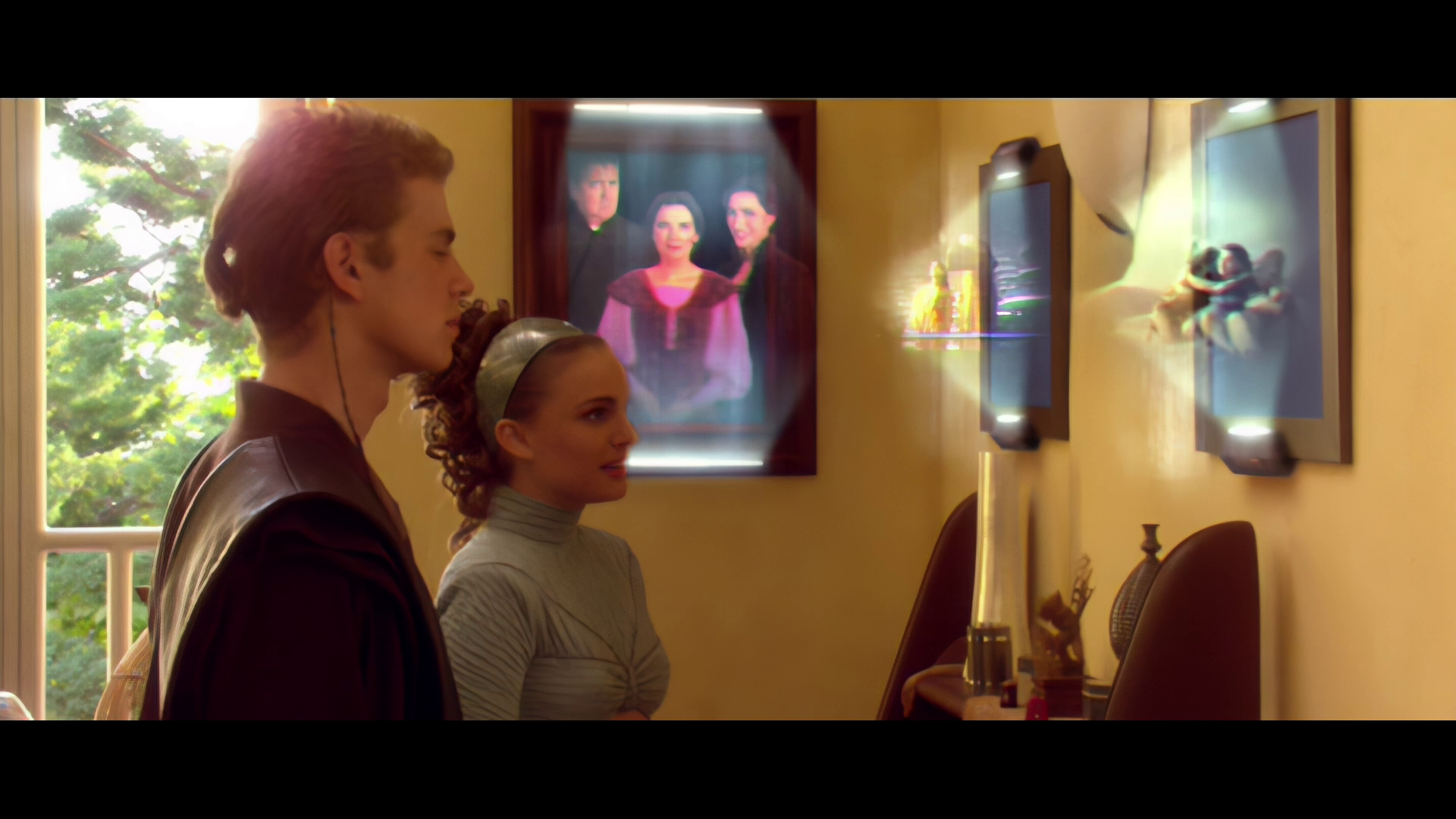 Hi! I’m back on work with this project. I have learned a lot about different ways to improve quality and I will give them a try with the prequels deleted scenes.

This previous attempt was good but the picture looked too much empty and waxy. Even more than the actual Blu Ray or 4k version of the movie which already uses a lot of DNR.

I will try to improve the quality while keeping the image more true to the rest of the film and minimizing the artifacts.

Only the finished scenes for the moment. All avaliable scenes from DVD and BR.

Yeh, its a HUGE problem with the Topaz software that many people don’t catch when doing the upscales. It can also vary. what i found out when doing upscaling with that software is that the last frame of the previous shot bleeds into the next one creating bad artefacts, especially going from bright areas to dark. But most times you’ll find that the next 2 or 3 frames are also not as high quality because of this. So you have to replace between 2 -4 frames at the beginning of every shot throughout the film But also it hates lightasbers and lasers. Movement of bright images like then leaves a ghosting image and bad artefacts on the following frame. So you have to do one pass as normal, and then another pass using reversed footage, then replace every first 2-4 frames on every shot, replace just the areas in the frame which has problems due to moving bright areas ( lasers and sabers especially). But you also get shots that have problems using standard or reversed footage on the first or last frame that need to be fixed using alternate methods.

That´s not happening to me. If the source is previously cleaned-up and any combing, ghosting or frame-blending issues are fixed, Topaz shouldn’t have any problem. I´m using 2.6.3 version.

I have found out that the Blu Ray deleted scenes are missing some and feature more damaged footage than the DVD source, even when they’re presented in its original 23.976 frame rate. They’re also upscaled to 1080p so Topaz margin to work on them is decreased. For that reasons DVD source will continue to be the main source for this project.

Scenes which are unfinished like Obi Wan being told Dooku’s story in the library will be made only at request. I will be doing scene by scene using mainly DVD as source (BR source is really broken). I’m starting with the dart’s analysis scene.

One question. Do you tink I should be true to the BR/4K editions which use extensive DNR (grain is almost gone) using a more agressive approach or make them less waxy? I saw TPM in cinemas back in 1999 and it was much more filmic than the BR ans subsequent releases. It had grain as 4K99 project is showing. But I´m not so sure about AOTC or ROTS. If they already had that waxy appearance in cinemas.