For the time being, I’m going to leave this thread somewhat dark and mysterious, but I have a question: are there many horror fans around here?

I ask because I have the opportunity to scan two 35 mm prints of vampire films that have been treated rather poorly by official home video releases over the years. One is from the 80s, the other is earlier than that. Incidentally, both of them will probably have crossover interest for people who are into sci fi and/or fantasy, since they star actors who have appeared in film franchises like STAR WARS, ALIEN, and THE LORD OF THE RINGS…

The specific prints in question are printed with materials (stock and dyes) that are highly resistant to fading over time, so I am hopeful that colour reproduction on both should be excellent. One is an LPP (low-fade positive print) that is reportedly in exceptionally good condition; the other is a Technicolor IB (imbibition) print made with incredibly stable dyes that pretty much never fade at all (or at least I’ll be long dead before they do). A looked after Tech IB is, more or less, immortal.

I cannot fully fund the cost of scanning these on my own, so am looking for supporters to donate to cover the costs of getting the scans done. I will make zero profit from this, and in fact I expect it to cost me a fair bit, especially if there is limited interest. It is categorically not intended as an exercise in piracy, but rather as a private project in the interests of preserving two of my favourite films in a form that more accurately reflects how they originally looked in cinemas, since neither has been officially released in anything approaching that condition by any distributor to date.

THESE WOULD BE STRICTLY PRIVATE AND MUST NOT BE RE-SHARED ANYWHERE WHATSOEVER. IF THERE IS ANY DOUBT ABOUT THIS AT ALL, ASK ME.

Please PM me if this sounds like it might be something you’d like to get your teeth into. The sooner, the better, because if it can get fully funded within the next month or so then I can potentially get both scanned at the same time and save a little bit of cash in the process.

Stands at the window; invites you in

If you’ve not already reached out and are curious to hear more about these, please do get in touch. Even if you can only afford a small donation, it would still help. Enough small donations coming in might be the difference between these being scanned or not!

As of today, $617 has been pledged for film 2 and it’s well on its way to the scan being fully funded, with only $118 left to find to fund the scan itself and another $170 or so to cover the storage hardware cost. Film 1 still needs a fair bit of love.

What I’m going to do is try to get film 2 scanned as soon as possible and then hopefully as that progresses I can drum up a little more interest in film 1 (which is a cracking cult film that’s pretty well liked by those who’ve seen it). If you’ve messaged me to show interest but haven’t yet sent a donation across, you’ll probably have a PM from me to check in; if you haven’t yet reached out and might be interested in either or both of these two projects, then please do so soon! Things are at the point where they’re moving forward but there’s still a shortfall to be covered. 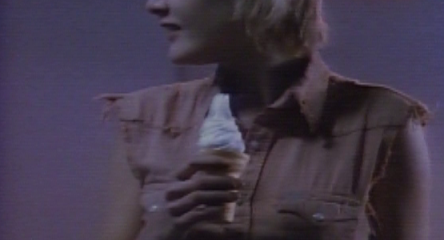 Thanks to all who have already supported these projects!

Things are moving to the next stage: the scans are going ahead!

This means that we need one last push to get both of these to 100% so we can pay the entire scanning fee for both, shipping, and cover the cost of tapes for backup and an external hard drive to store the working copy of the raw scans.

In practice, this means the total remaining for both scans after all pledges have been paid is $179 in USD + £80 in GBP.

If you can help please let me know. Even if it’s only a small donation, that makes all the difference as this gets right into the final stretch!

There are also currently $145 in pledges still outstanding (i.e. pledged but not actually paid yet). We’ll be paying the scanner imminently, so it is really important that anybody who hasn’t yet sent their donation does so as soon as possible to avoid a shortfall. If you can do it within the next 24h that would be amazing, but don’t worry if you can’t, just obviously the sooner the better. Thank you again for your support!