Added Empire Strikes Back CAV. Still in shrink. Uncommon condition probably the nicest copy i’ve ever come across. US release Pan and Scan. No digital audio.

My current Powell and Pressburger collection:

Plus a CD compilation of various pieces from the films of Powell and Pressburger.

I’m pissed that Amazon sold me apparently rewrapped used DVD’s as new. Star Trek VI and IV were in non factory cases and missing the security sticker. The discs look like official discs though. Third party seller fulfilled by Amazon. To charge retail for used DVD’s is scummy. 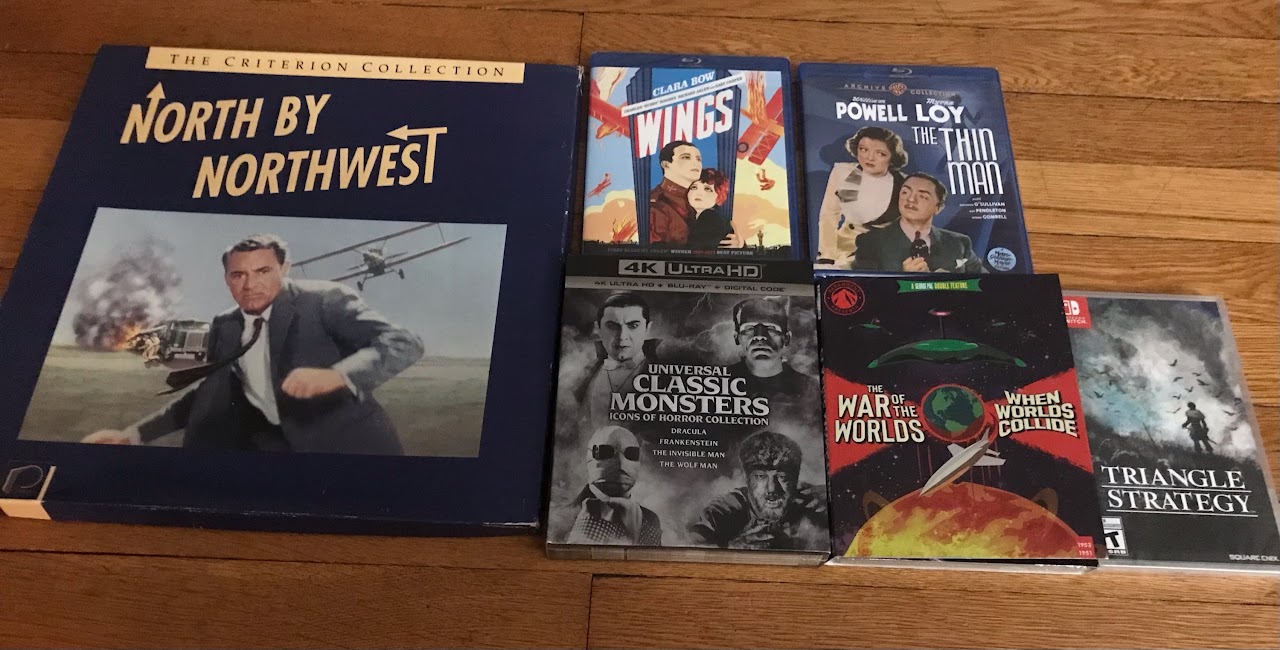 With the addition of the Uncut UK Open Matte DVD of Eyes Wide Shut, here’s my complete Kubrick Collection. 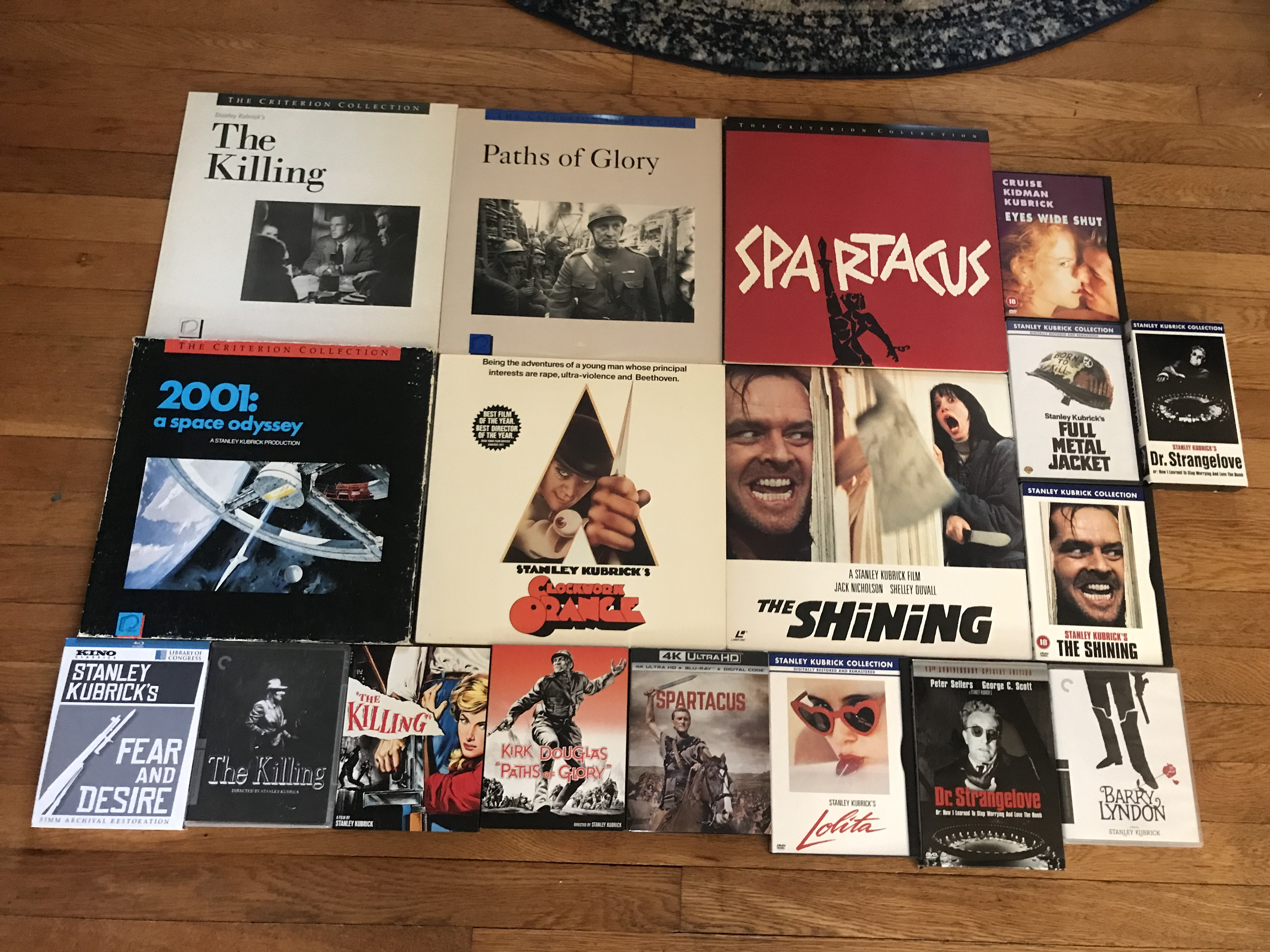 Its too bad TMP theatrical never had an original DVD release and i have to rely on the Laserdisc or VHS for original stereo audio. But i do remember it was Robert Wise who held back the release because he wanted his version to be the only one available. Its also strange the Special Longer version could get a 4K release with original audio but not the theatrical. Which is 7.1 no 2.0 mix.

Added He-Man and the Masters of the Universe Laserdisc volume 2.

Added Star Trek Insurrection. Japanese Laserdisc. The non bilingual version which is English only with subtitles below the letterboxing in Japanese. OBI has one dent in it, and cover is mint.

I paid way too much for it probably 40 dollars more than it is worth but i had to have it. 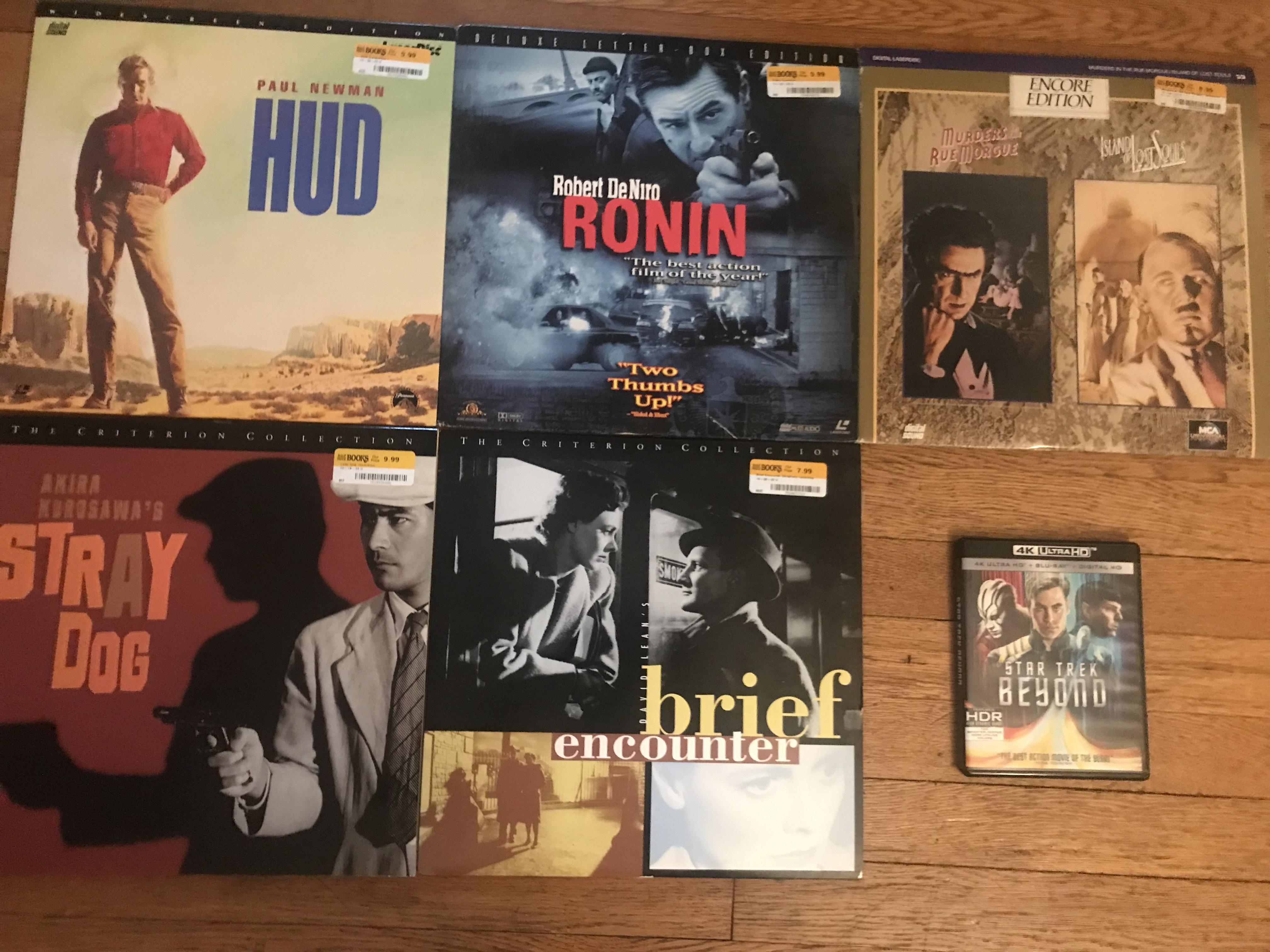 Upgraded:
The Living Daylights (1987)
to Blu-Ray

Added my first Imprint title, The Rose Tattoo (1955) on Blu-Ray.

Added Star Trek Discovery Season 4 Blu-Ray. I have no idea why i keep giving this show a chance, it is something to watch at least while i wait to be disappointed by Season 3 of Picard.

Added Empire Strikes Back 1986 Japan with OBI. Edit: i was outright scammed on this one it was the 84 release with no OBI. Which is worth about 10 bucks and this guy charged me 40, because i mistakenly thought it was new with OBI based on pictures which were lies. He scammed me once but he won’t get repeat business from me. I hate EBay.

Raiders of the Lost Ark with OBI Evergreen
Temple of Doom Evergreen with OBI.
In a lot that also had Regarding Henry with OBI, The Fugitive with OBI. Under Siege II without OBI and a bunch of other Seagal films i’ve never heard of. A lot of junk.

Added the Laserdisc version of Sunrise (1927), one of the best silent films out there.

Added Bulk Lot of 12 Laserdiscs from Japan. The Net with No OBI, Nick of Time with OBI. Mission Impossible with OBI. Spy Who Loved me with no OBI, License to Kill with OBI, Rental You Only Live Twice with OBI. Speed 2 Without OBI. and some other not so good movies i forget the titles. Most of them common and crap movies. The only real gems are Johnny Nnemonic Japan cut with OBI and the rental Bond.