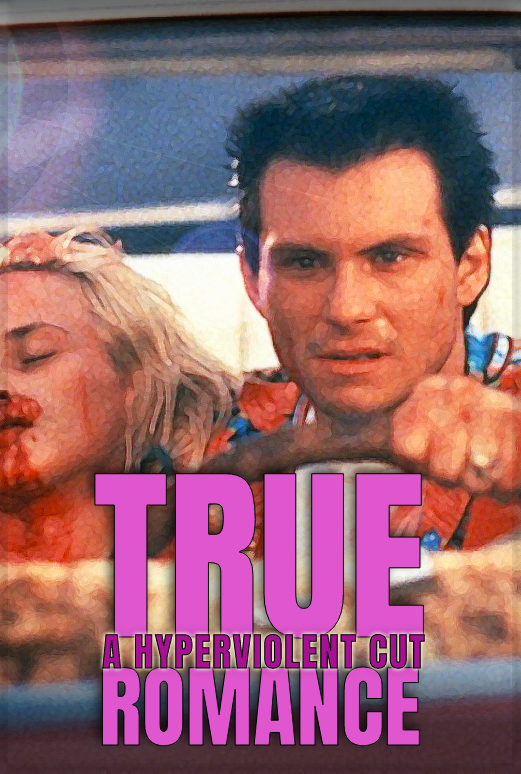 Intent:
The goal is for True Romance to feel like it was made (not just written) by Quentin Tarantino. New elements of the screenplay are incorporated along with a retro, gritty color re-grade and new Tarantin-esque soundtrack and musical scoring. No music/score is borrowed from his other films. Additional blood/gore VFX is the cherry on top of this Hyperviolent Cut. Other edits which used Tarantino’s original screenplay seemed to include most/all deleted scene footage which adds new Tony Scott material, including lowbrow penis jokes that does not jive at all with the QT screenplay. Other edits also rearranged scenes at a high level, to give a basic similar arrangement, rather than at a more detailed level. IMO this edit is the truest edit (so far) to the spirit of Tartantino’s screenplay.
Released in 1080p with 5.1 channel surround.
“screenplay” below = Tarantino’s screenplay

This sounds cool as hell, please hit me with a PM once it’s done.

Dude, This vfx shot looks amazing. How far along is this project?

Hey MR, how have you been? Thanks for the feedback. This cut is all finished up. I guess I’ll fix the title then. : )

All good, dude. Haven’t been here for ages but great to see you taking on this project. Did you do the head vfx shot? I love it! Would you mind DM me a link, please?

Oh and yeah I did the VFX in this edit.

Brilliant work! I’ve sent it to a few big TR fans I know and they love it too. 😃

I updated the above change list with all the final changes in the edit.

I would love a link please!